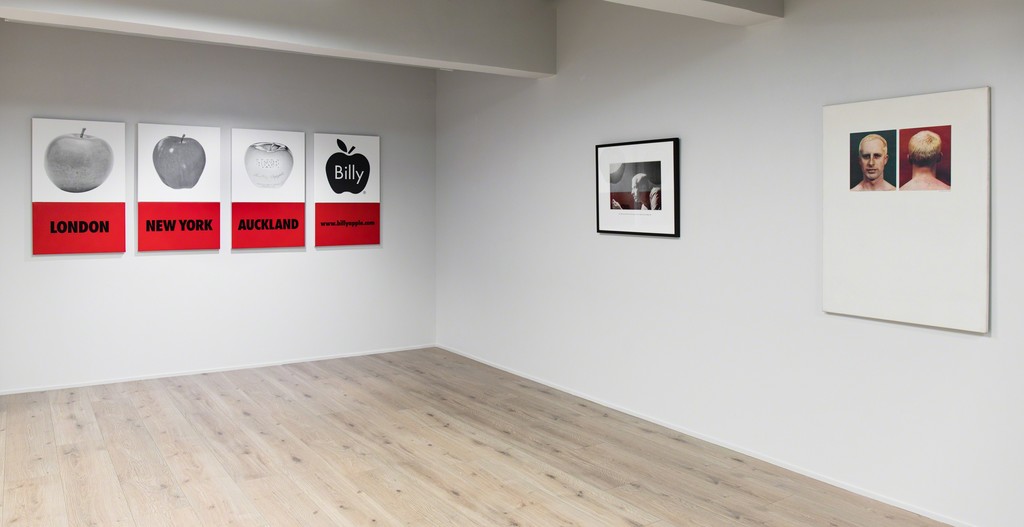 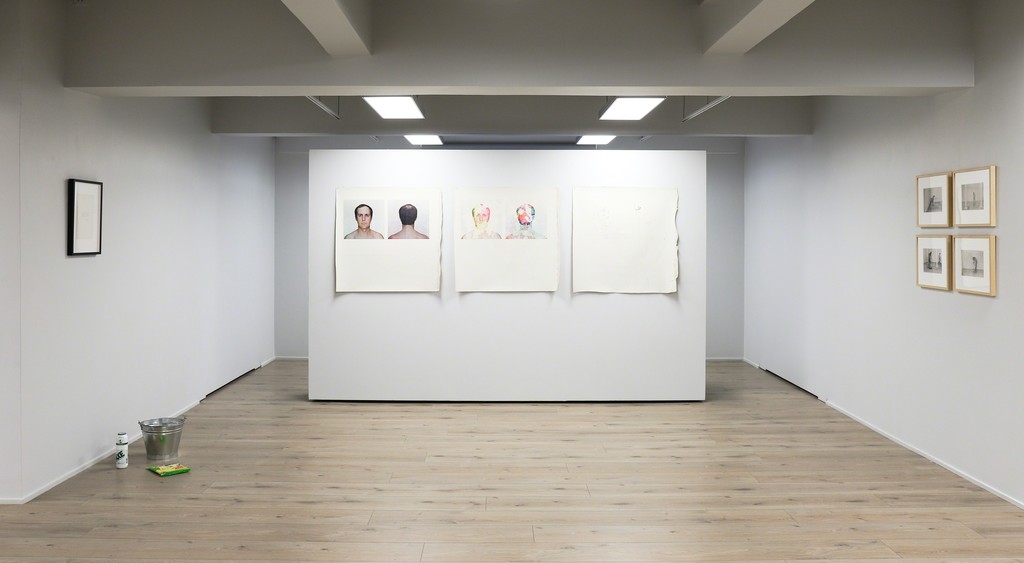 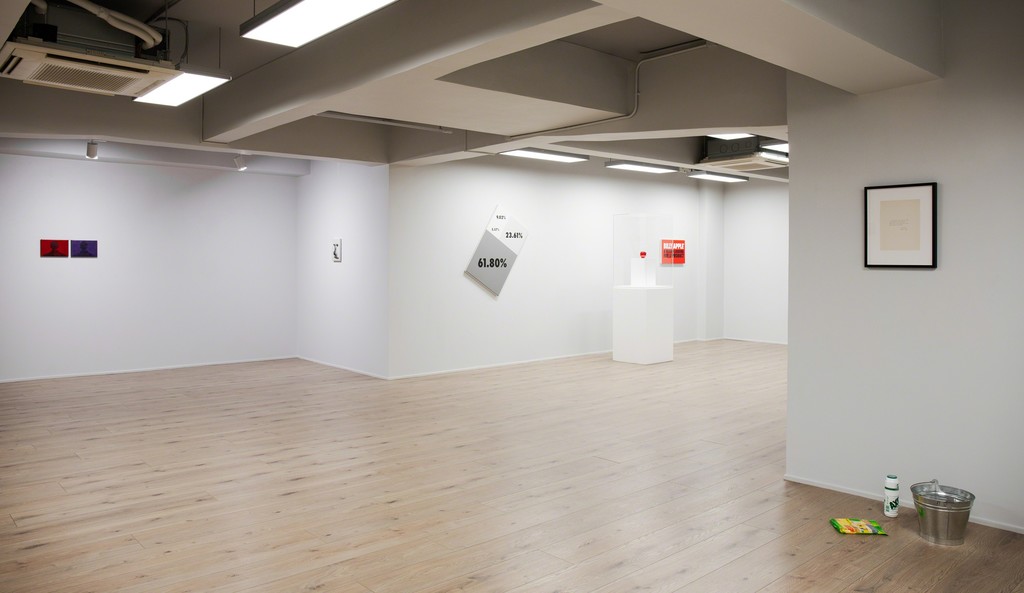 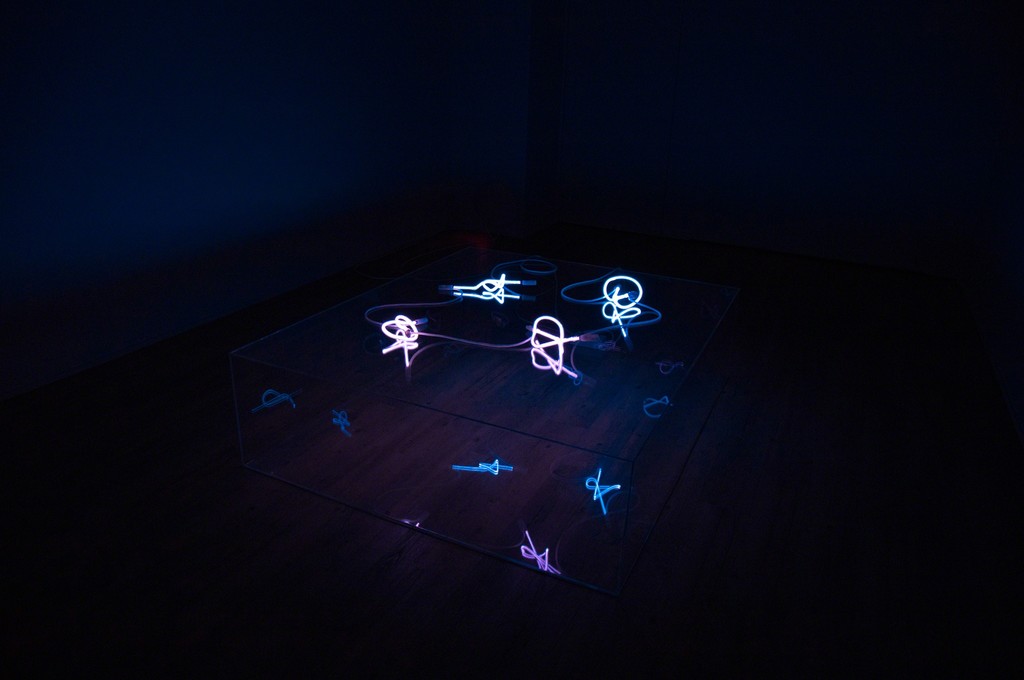 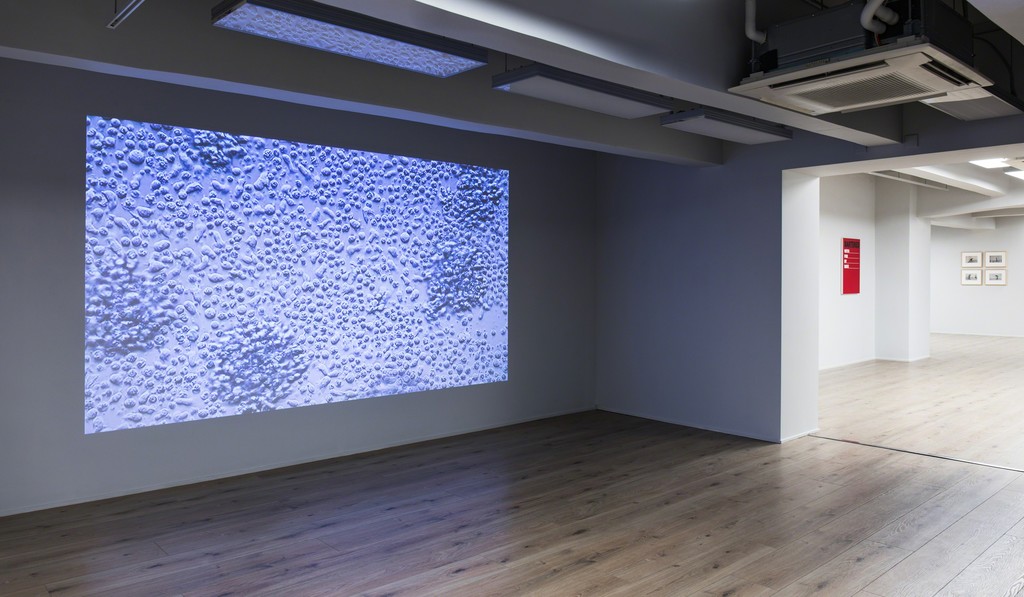 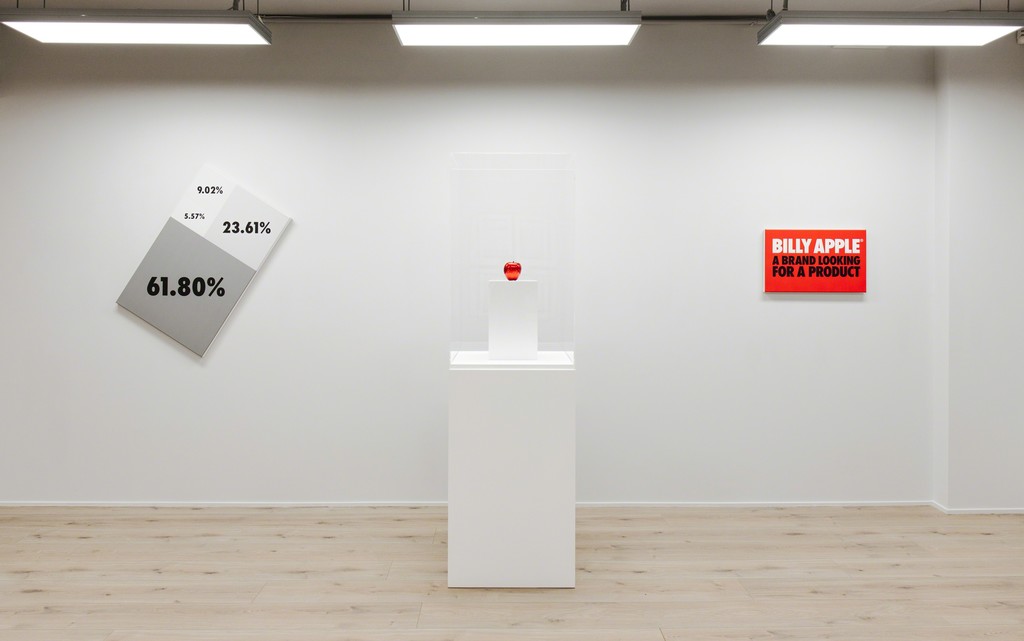 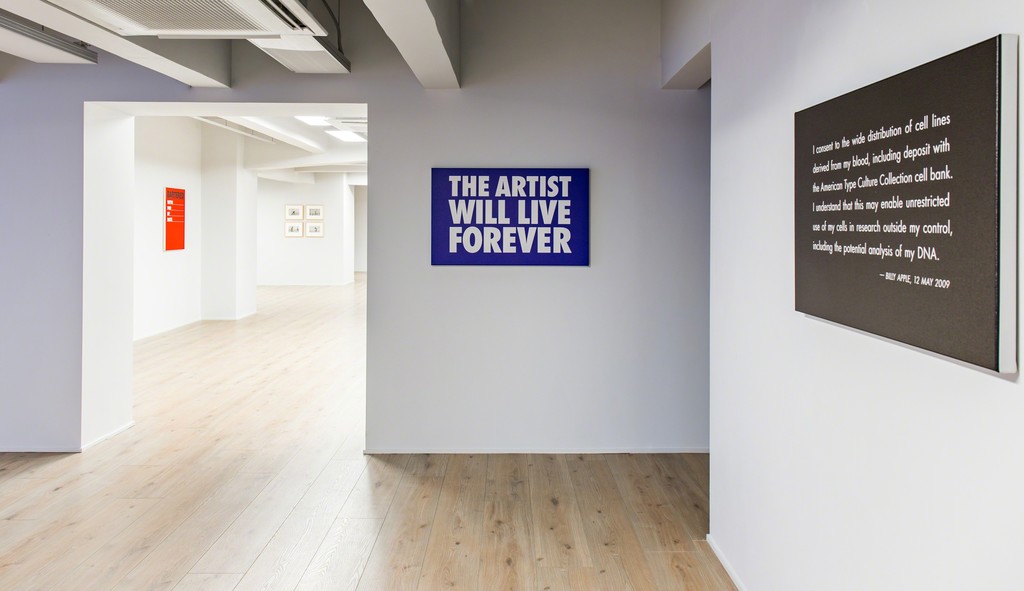 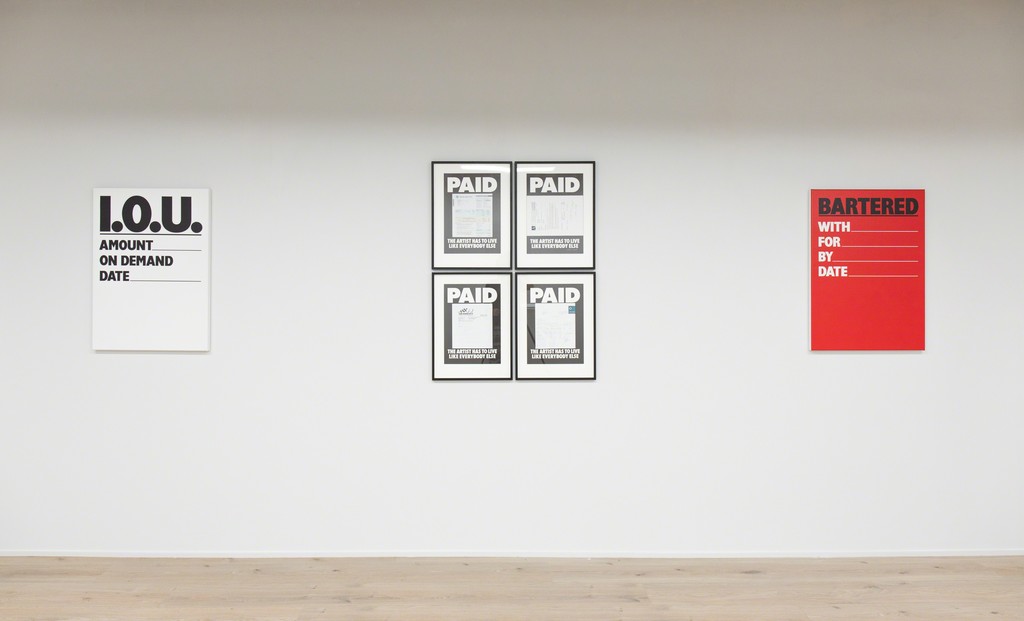 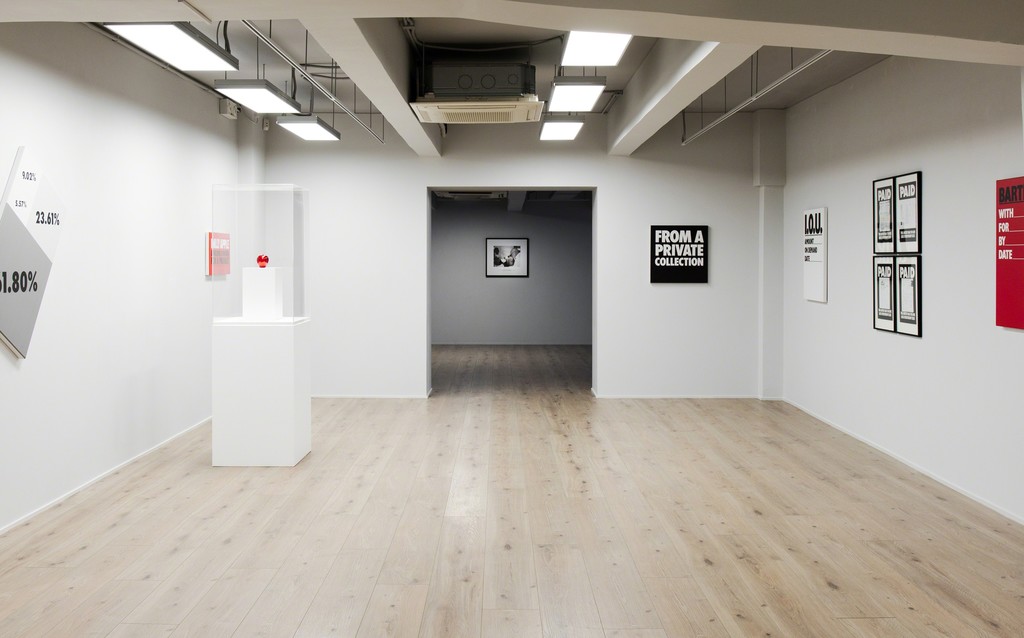 Rossi & Rossi is pleased to announce the exhibition Billy Apple® Six Decades 1962–2018, taking place from 9 June to 28 July in Hong Kong. Regarded as a pivotal artist in the British and New York pop and conceptual art movements of the 1960s and ’70s, Billy Apple’s examination and promotion of an identity, and his uncompromising and singular means to do so, place him amongst the most idiosyncratic artists of our time. Rossi & Rossi’s presentation tracks his practice over three continents and six decades through seminal works from each period.

Born Barrie Bates in Auckland in 1935, the artist enrolled at the Royal College of Art, London, in 1959. There, he studied graphic design alongside Derek Boshier and David Hockney, taking a transformative trip with the latter to New York City in 1961. Upon graduating, he bleached his hair and changed his name to Billy Apple, reinventing himself as an artistic brand. This act is documented in the photographic self-portrait, Billy Apple Bleaching with Lady Clairol Instant Crème Whip, November 1962 (1962/1997), a defining work in the artist’s oeuvre.

Also on view is Self-Portrait (Apple Sees Red on Green) (1962/1963), one of the six surviving canvases from the original series of twelve that was shown in Apple’s first solo exhibition, Apple Sees Red: Live Stills, at Gallery One in London in April 1963. The work resembles a publicity shot that is intended to herald a new brand or product. While Apple’s naked neck and shoulders suggest rebirth, the form and pose of the image reads like a mugshot. It exemplifies Apple’s distinctive manifestation of pop art, which drew on the language of advertising to convey his own rebranding as a way of blurring the distinction between art and life, as well as people and products.

In 1964, Apple moved to New York, where he produced and exhibited pop-related paintings and objects alongside Andy Warhol, Jasper Johns and Claes Oldenburg¬, notably in the now-legendary exhibition, American Supermarket. In the ensuing years, Apple pursued new and varied consumer technologies to aid his art production-promotion, exploring the mediums of xerography, as seen in Portrait of the Artist in a Drip-Dry Suit (Purple) (1964), and neon, as in Four Blue Knots for R. D. Laing (1966/2017).

By 1969, Apple had shifted to a more conceptual and process-oriented practice. To create a venue for his work, he established APPLE, a not-for-profit space at 161 West 23rd Street, which he operated between October 1969 and May 1973. There, Apple embarked on a systematic exploration of his ‘negative condition’ principle. One aspect of the principle involved declaring as ‘art’ a set of cleaning actions more associated with domestic maintenance: sweeping, vacuuming, mopping and washing. These actions are documented in the exhibition via Four Activities: Sweeping, Vacuuming, Mopping, Washing, 20 March 1971 (1971), a suite of vintage photographs.

The process of removal was more formally depicted in a set of three works on paper, Self-Elimination Portrait, 27 March, 1974 (1974), which were printed for a major survey of the artist’s work staged at the Serpentine Gallery in London in 1974. In this process, the image of Apple ‘dissolves’. The portrait is the third of several the artist has had taken by professional photographers over his career, each adopting the identical format of the full-frontal, head-and-shoulder shot.

Since the early 1980s, Apple has complemented his installation practice with text-based works that draw attention to the art system and highlight the artist’s social networks. These relationships are represented in the exhibition with
works such as Bartered (Untransacted) (1984/2018) and IOU (Untransacted) (1987/2018), as well as Paid: The Artist Has to Live Like Everybody Else (1995/2018), an ongoing series in which the artist invites buyers to pay one of his personal bills. In exchange, they receive the invoice mounted on a printed, framed card.

By blurring the boundaries between art and artist, art and life, and art and commerce, Apple’s gradual transformation from an individual artist into a brand culminated in 2007, when he registered his name as a trademark. He has worked on a range of projects to create branded products in the eight classes in which his trademark is registered, including an attempt to produce a new commercially viable breed of apple. Developed together with horticulturalists and apple growers, the cultivar is represented in the exhibition by the sculpture, Class 31. Billy Apple® Cultivar (Red) (2007).

The exhibition concludes with a suite of works resulting from the artist’s collaborations with scientists, comprising elements of a project known as The Immortalisation of Billy Apple® (2009–15). Part of an art-science experiment by biochemist Dr Craig Hilton, Apple’s living somatic cells have been deposited in the American Type Culture Collection in Virginia, in the United States, where they will be kept in perpetuity for the purposes of scientific research.

Billy Apple® Six Decades 1962–2018 is accompanied by a limited-edition, fully illustrated catalogue, with an introductory essay by Wellington-based art historian Christina Barton. More information can be found at rossirossi.com.