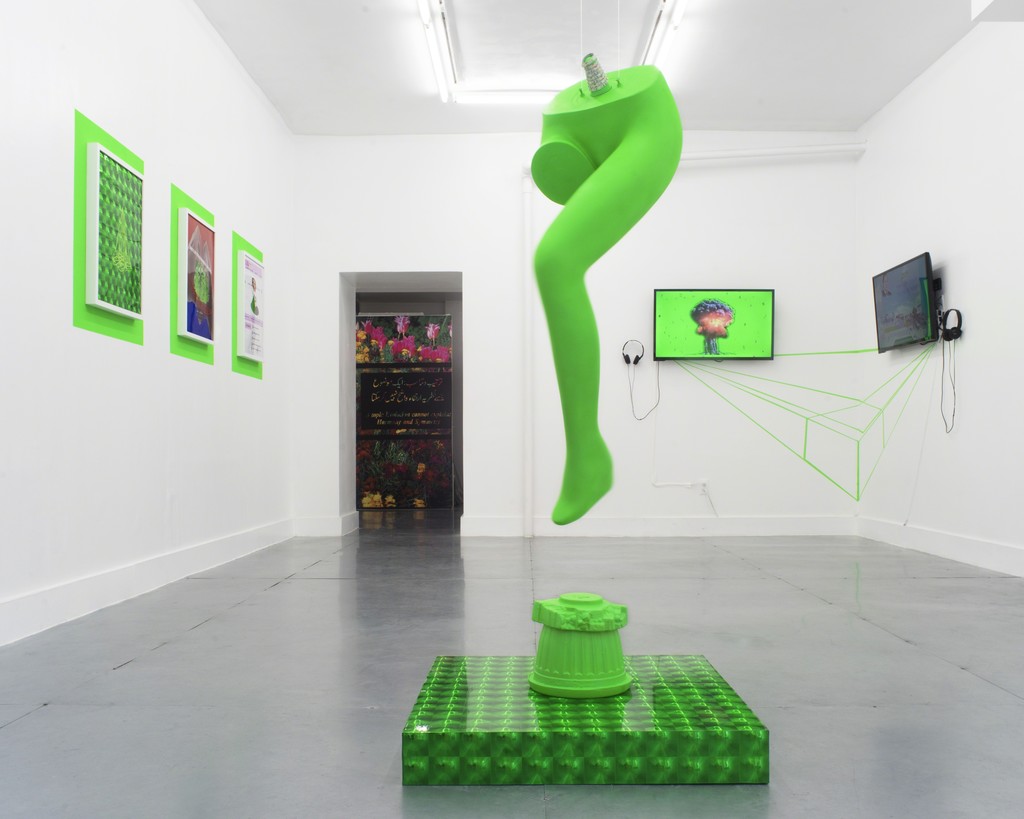 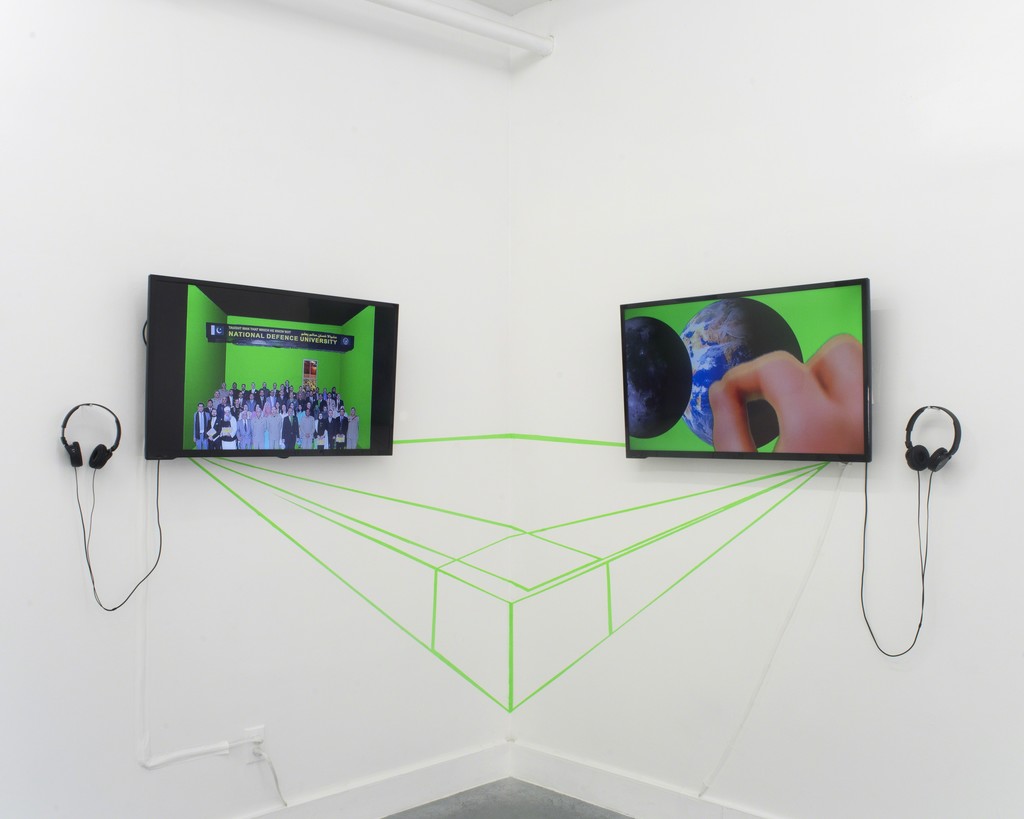 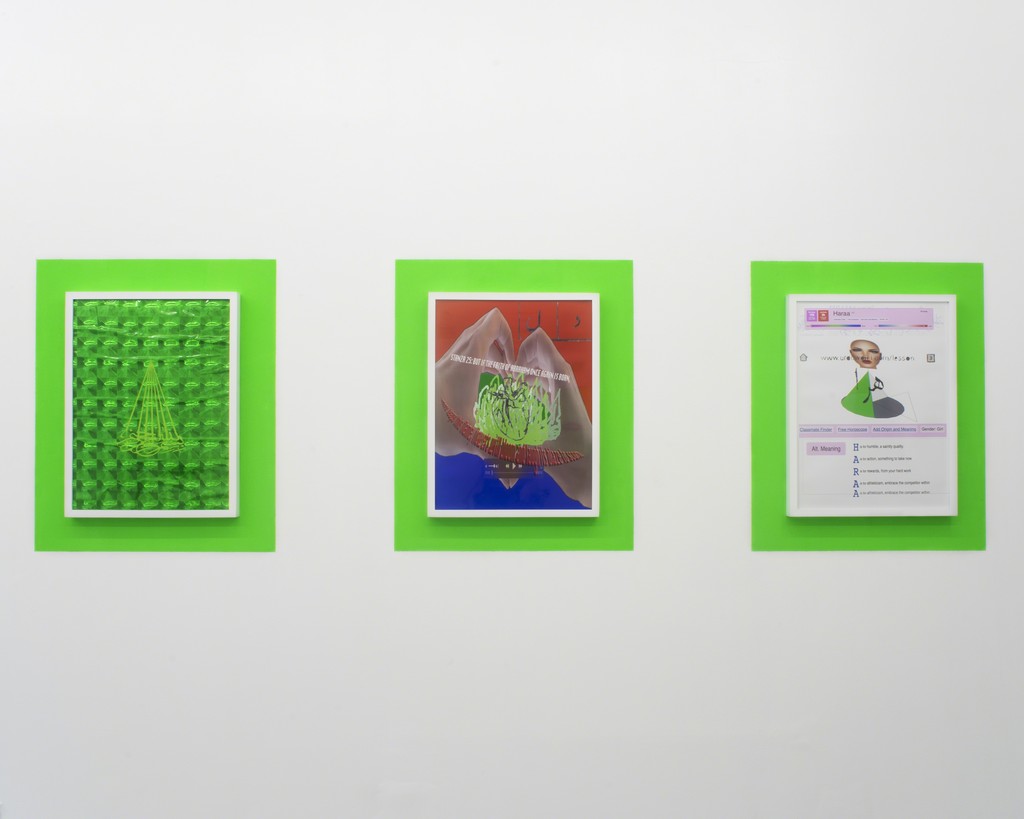 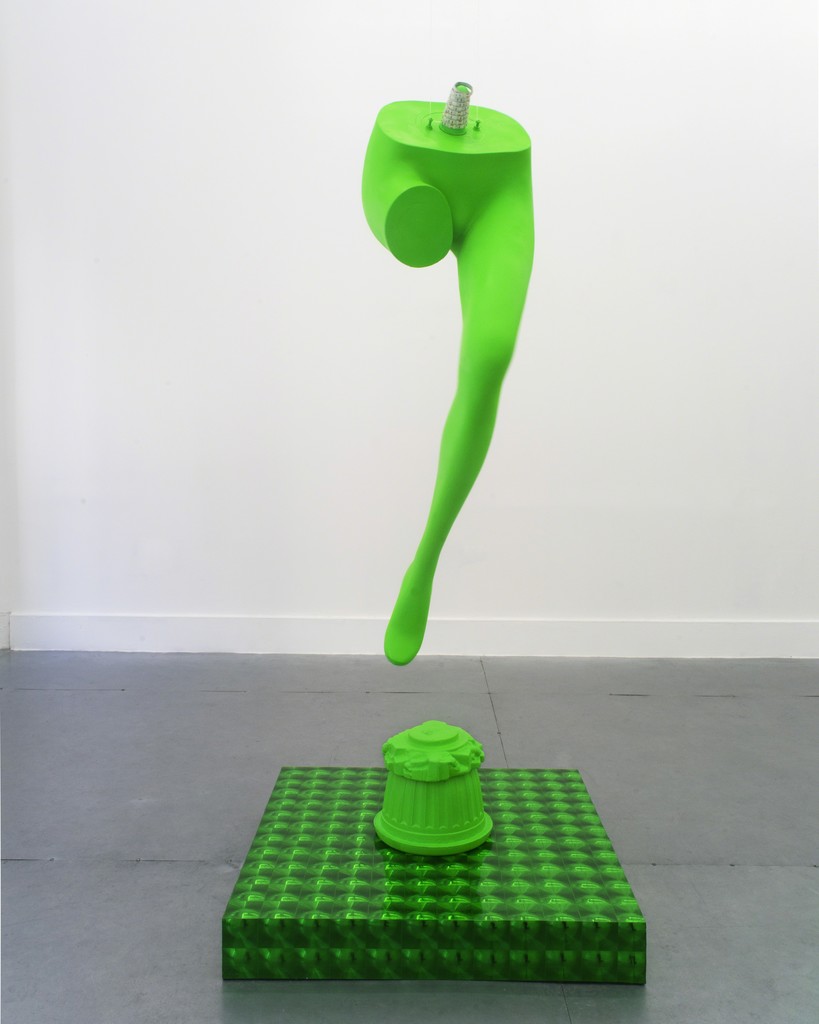 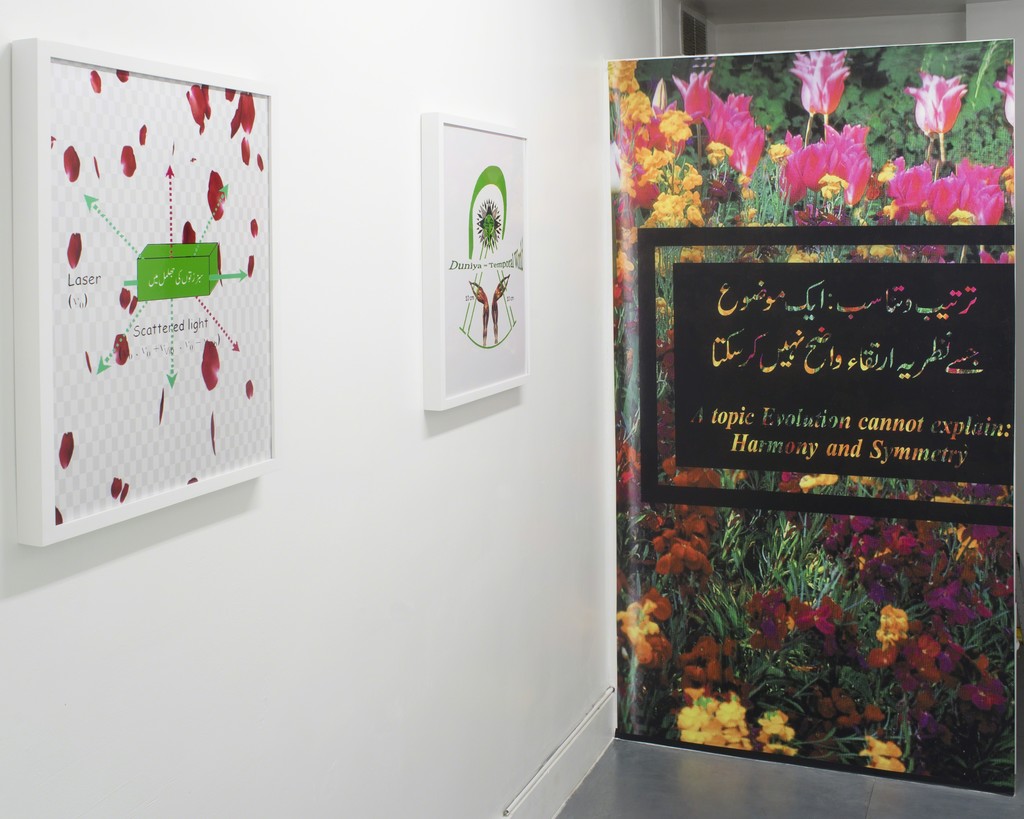 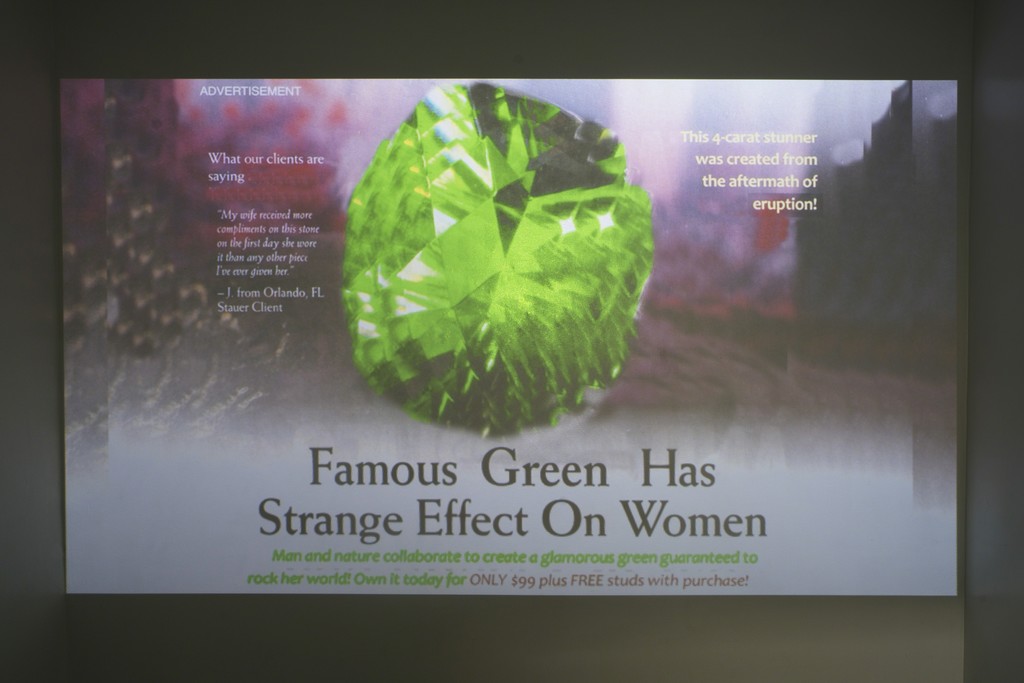 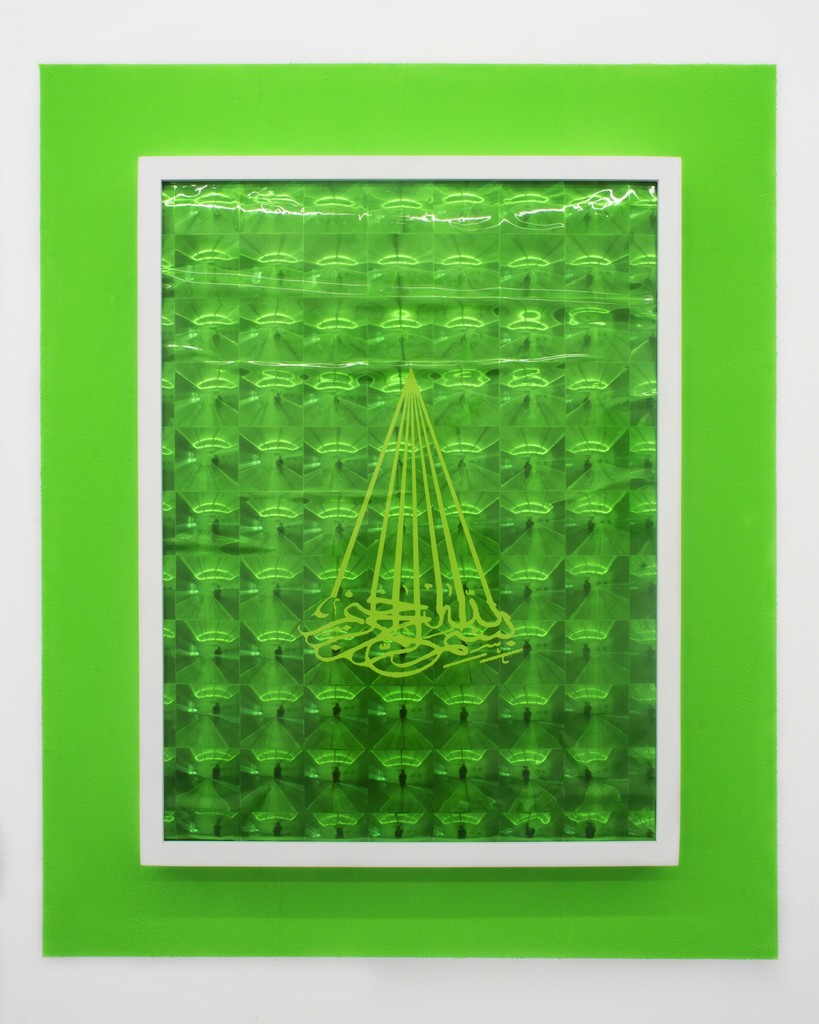 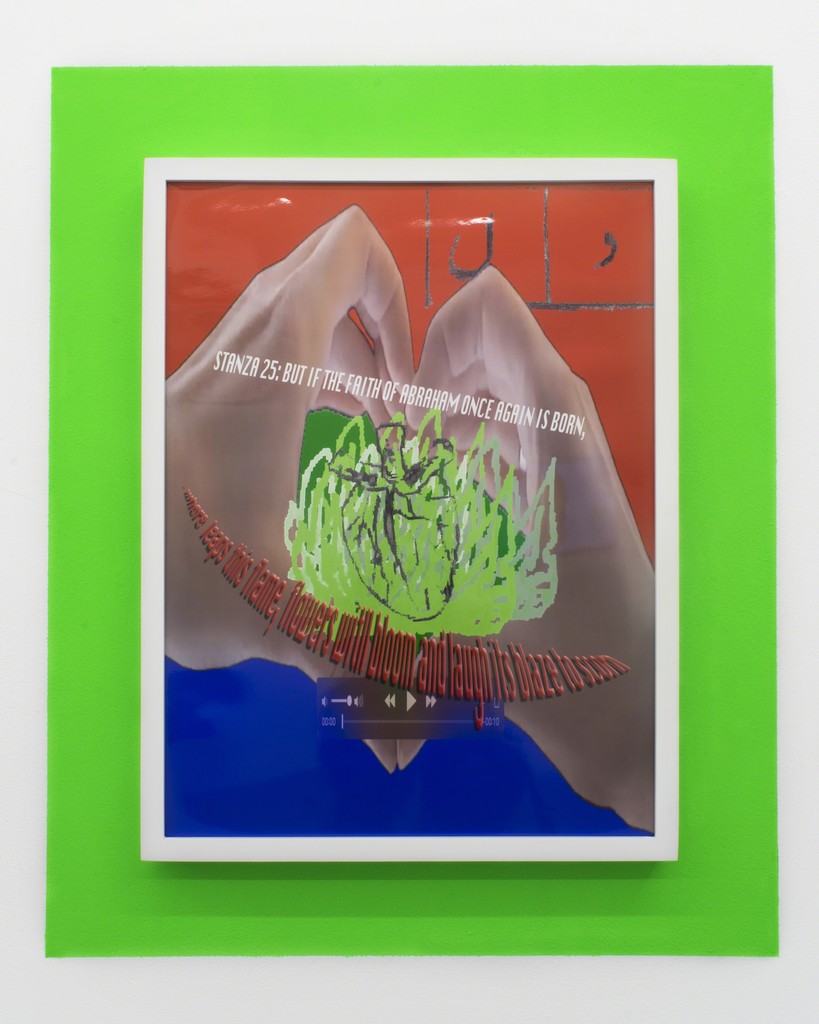 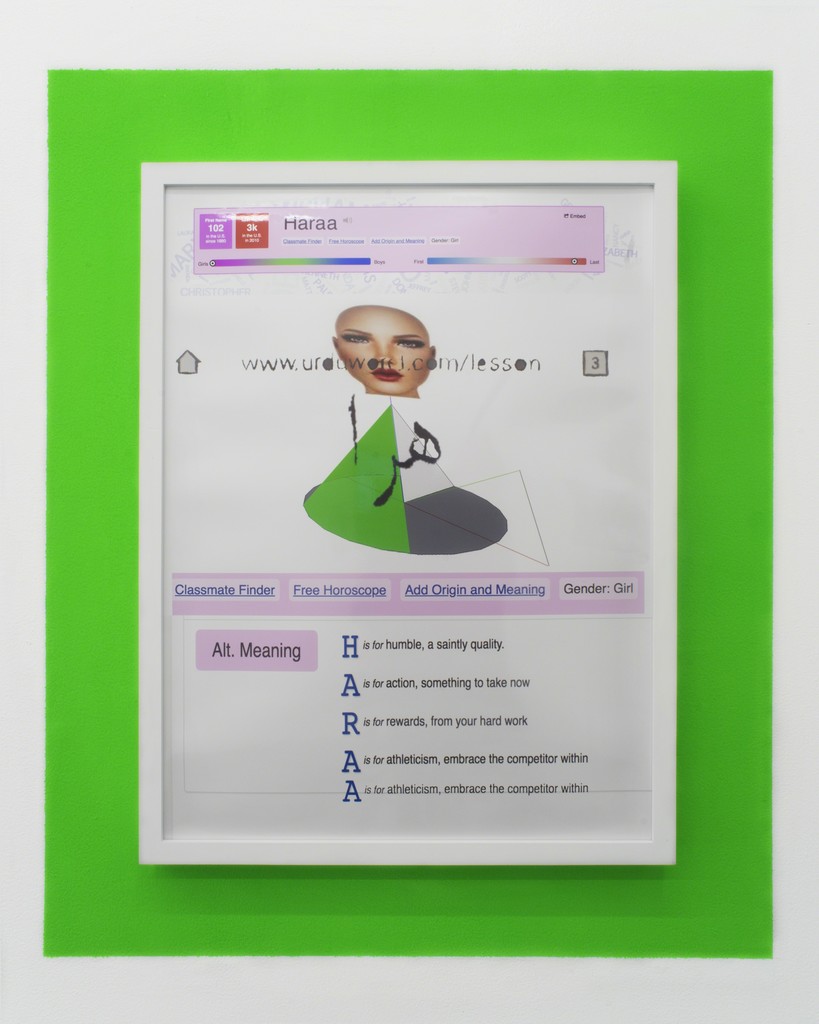 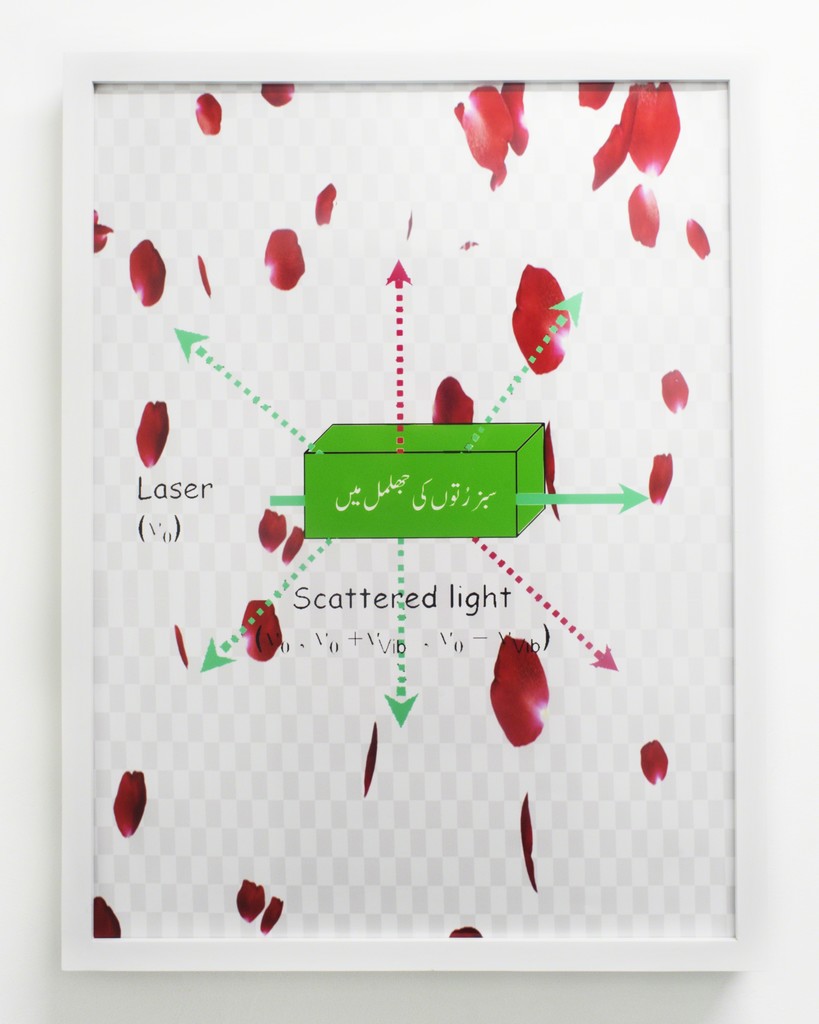 The exhibition consists of works on paper, a kinetic sculpture, and a multi-chapter animation.

Through state and familial archives, Majeed speculates on a feminist re-historicization of Pakistan as the first “Muslim nuclear state”. The exhibition outlines the artist’s inquiry into nuclear nationalism and its implications on the citizen-body. Through a multitude of sources ranging from familial archival material and South Asian digital kitsch, there is an unpacking of a dispersed, porous homeland. Remnants of the female body and flora within the sculpture and works on paper outline women as the vessels used to perpetuate state ideological notions of love, science, and nature. The intention is to make the subjectivities visible outside of the patriarchal imaginary of the Islamic Republic.

All elements within the installation emanate from the multi-chapter animation series, Hypersurface of the Present and Atomi Daamaki Wali Mohabbat (The Atomically Explosive Love). The videos chronicle the life of a recently destroyed state-military monument, Chaghi Monument Hill. The monument was a site for male-dominated celebrations of the national holiday “Youm-e-Takbeer” (The Day of God’s Greatness). This holiday commemorates the successful underground nuclear tests done in 1998. The green screen interface is used as a narrative tool, projection space, and mode of spirituality. The green light’s purpose is to enlighten and disseminate Islamic orientalism, Pakistani nationalism, militancy, and digital populism. A fictional author of poetry and science is a narrator which is a vessel of the patriarchal state structure.

The vivid imagery and language seeks to subvert the rhetorical tool “In the Name of God”, which was initially used to drive the Pakistani nuclear project. Through disjointed visuals and pixelation, Chaghi becomes a motif, location, and historical moment morphing within religion-state logic, digital space, and the human body.