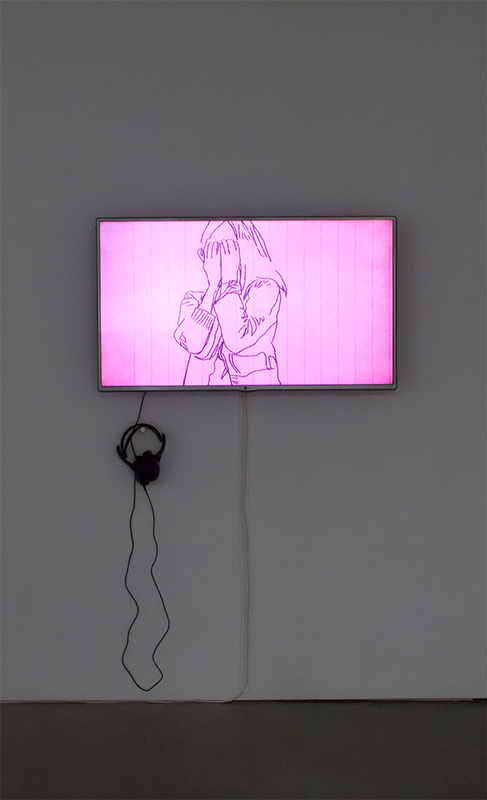 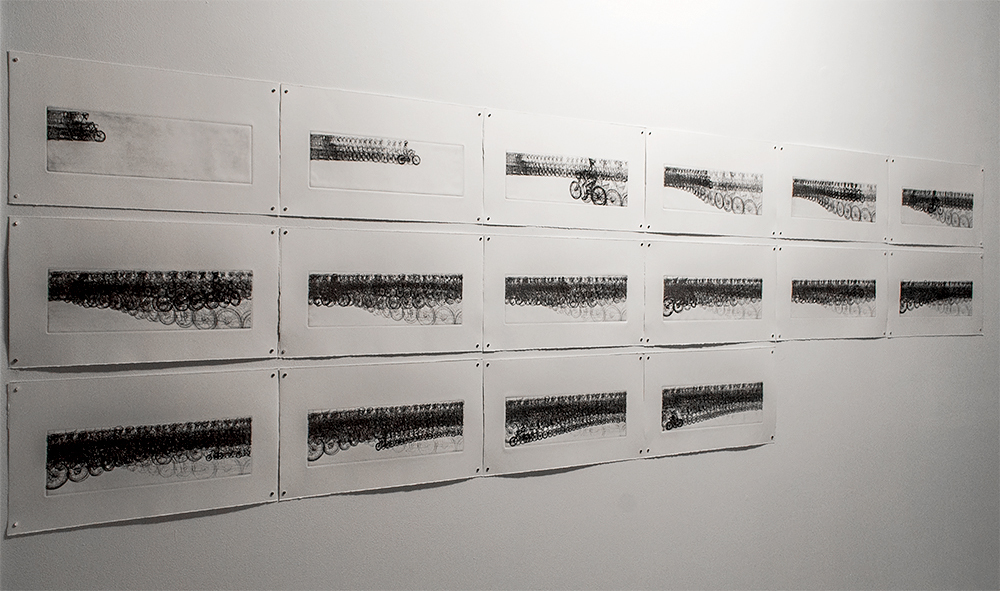 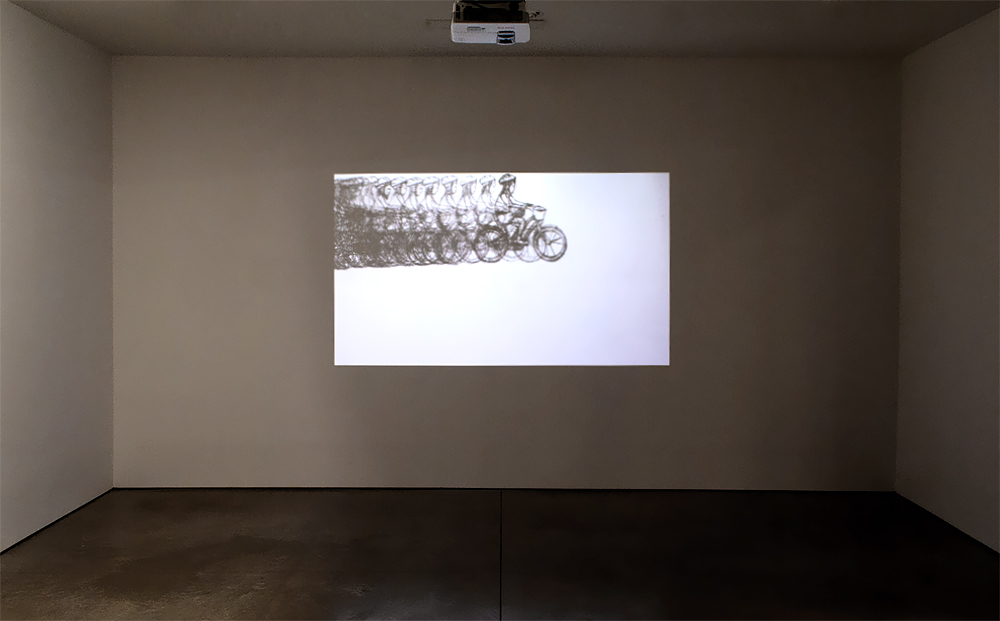 RYAN LEE is pleased to present Kakyoung Lee: Traces, an exhibition of new video installations based on drawings and prints by the artist, featuring her latest bodies of work from 2014, the “Palgongsan Series” and “Hana’s Ride.”

Lee’s video practice employs repetitive, meticulous mark-making techniques to translate a particular, mundane action through performance. Using drypoint, Lee deconstructs each performance into single moments and then assembles together these individual elements using animation to reconstruct the initial action. Through this process of deconstruction and reconstruction, new imagery emerges and Lee is able to subtly add to the history of the action.

The “Palgongsan Series” is a five-channel HD video installation that incorporates mini-projectors on tripods to project video footage that Lee recorded in 2012 and 2013 of the two-hour long climbing trail on the local mountain of her hometown Daegu in South Korea. For the “Palgongsan Series,” Lee transforms the images of people climbing the trail by tracing and overlapping thousands of graphite hand drawings on the same paper. The Palgongsan trail leads to the top of a 4,000-foot mountain, where there lives a Buddhist statue. The Gatbawi Buddha, carved from a single piece of stone, stands more than 13 feet tall and has long been the subject of traditions and legends in the region. During the fall, thousands of people stand in the praying line every week to climb the trail and visit the statue. The line is especially notable right before and during the college entrance exam season, when parents ascend the trail to pray for their children. Lee has a particular relationship with the Palgongsan trail, as her grandmother used to frequent the climb every weekend to pray for her children and now her mother has joined that tradition.

Also on view is “Hana’s Ride,” a short video created from more than 300 drypoint prints. The original video footage was recorded when the artist’s daughter took her first bike ride without the assistance of training wheels.

Kakyoung Lee (b. 1975, Korea) received her BFA and MFA from Hong-Ik University, as well as an MFA from SUNY-Purchase College, NY. She has exhibited in numerous exhibitions internationally, including at the Drawing Center, New York; Hofstra University, Hempstead; Kunsthalle Bremen, DE; Mass MOCA, North Adams; Metropolitan Museum of Art, New York; Museum of Contemporary Art, Banja Luka, Bosnia; Museum Folkwang, Essen, DE; Museum of Modern Art, New York; Oqbo, Berlin, DE; Queens Museum, New York; and Seoul Arts Center, Korea. She has held residencies at ISCP, Jamaica Center for Arts and Learning, MacDowell Colony, and Yaddo. She has received grants from the Pollock-Krasner Foundation and the Ahl Foundation, and was the 2010 recipient of the KAFA Award.