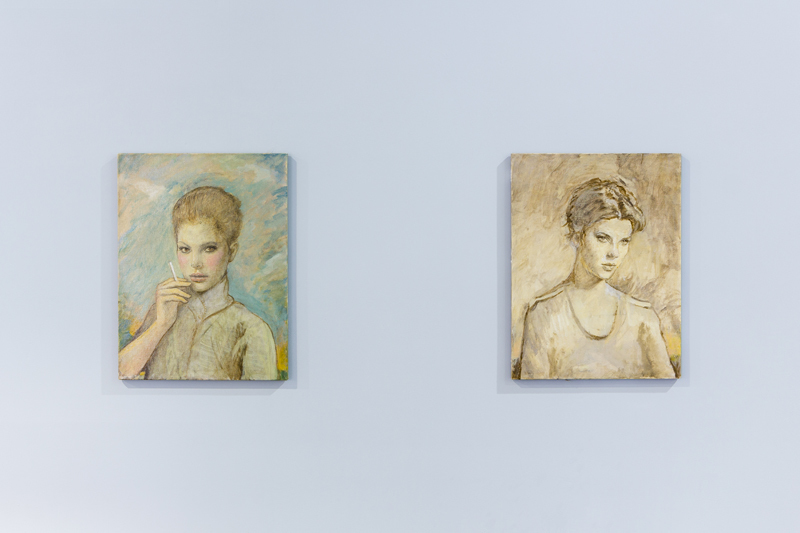 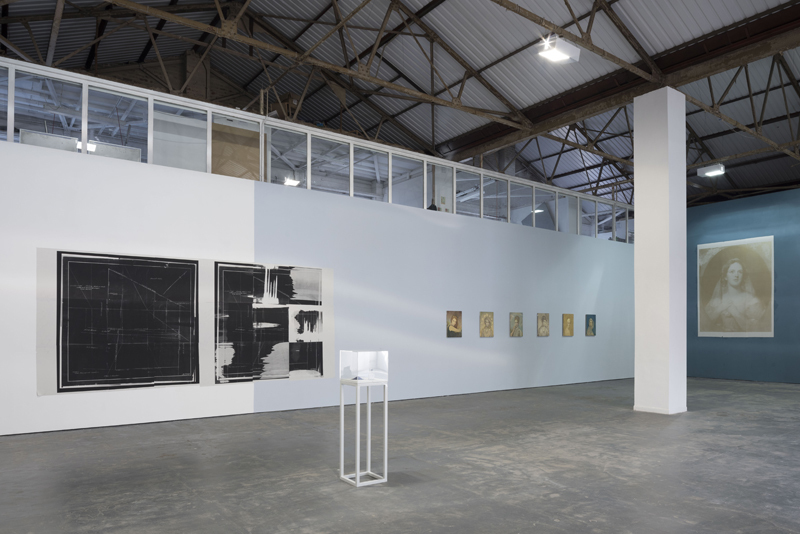 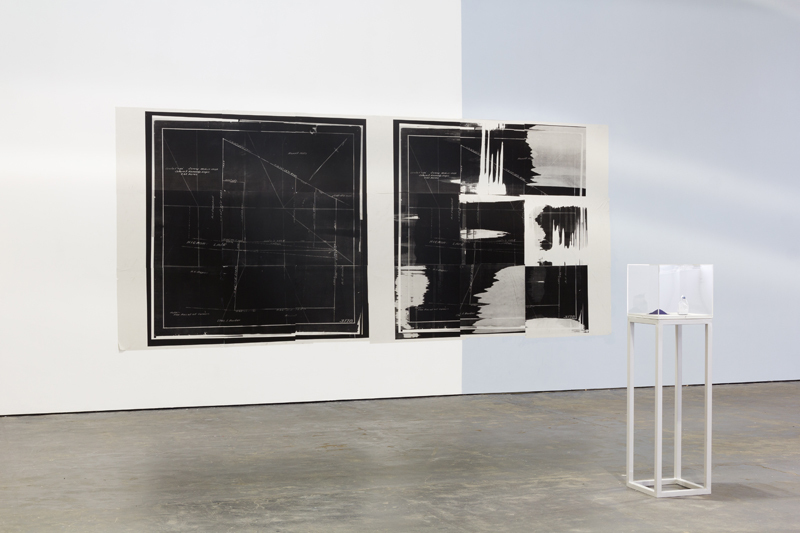 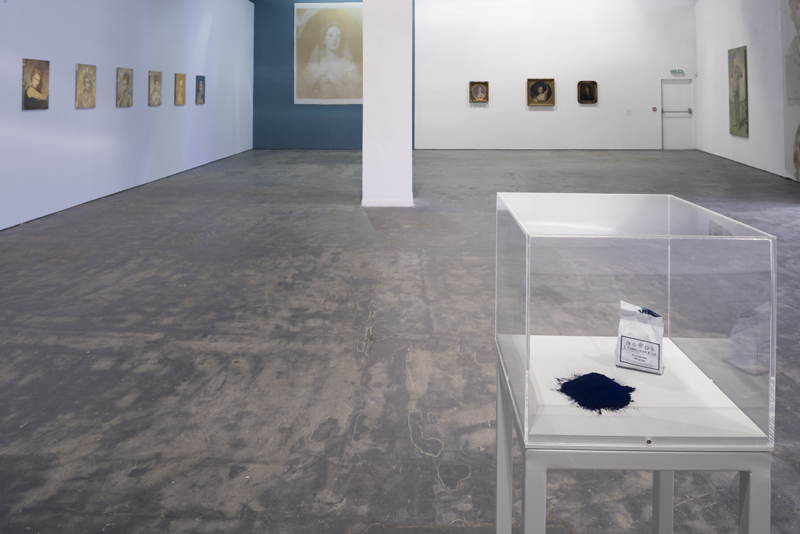 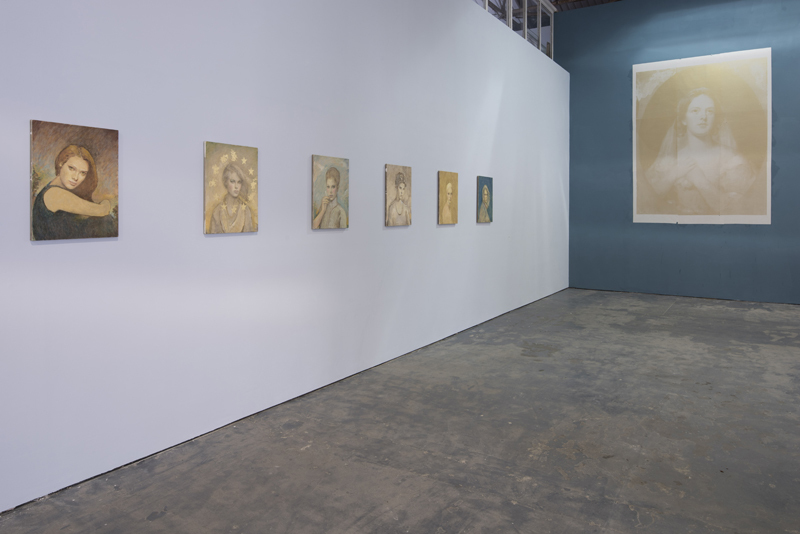 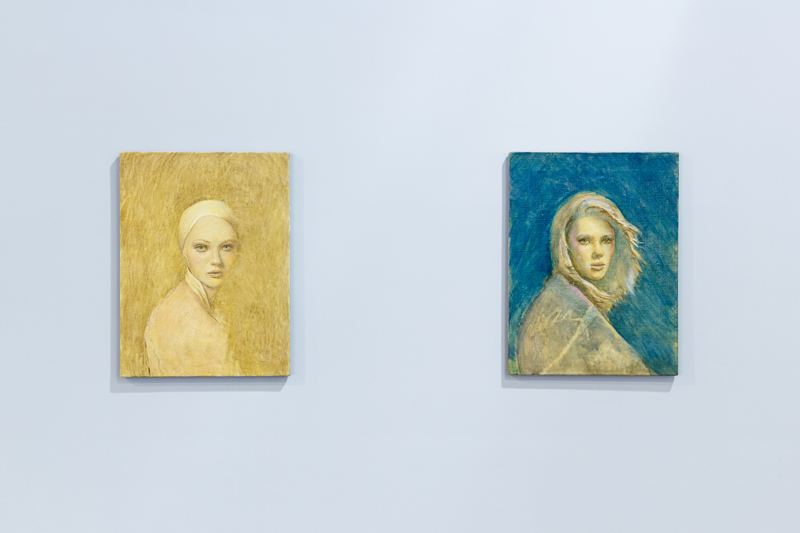 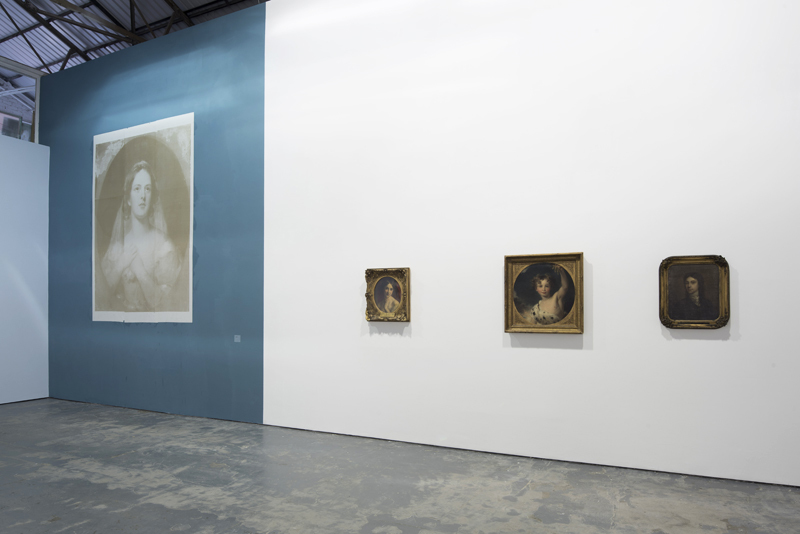 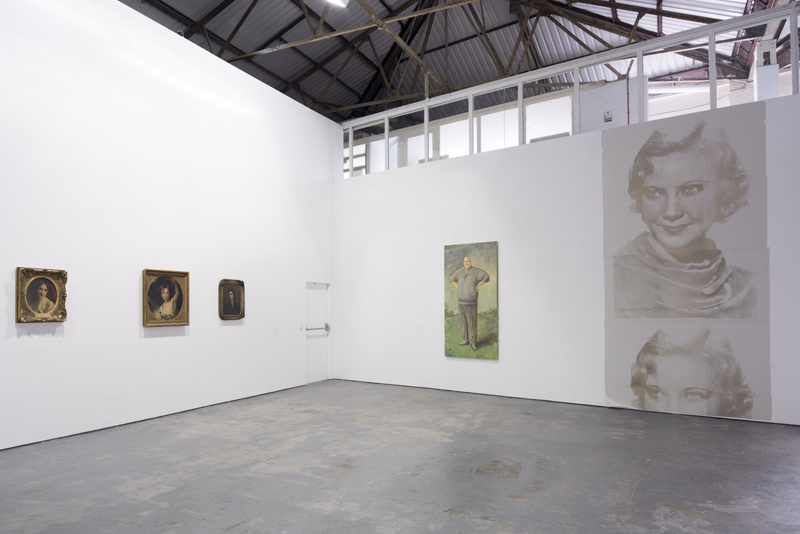 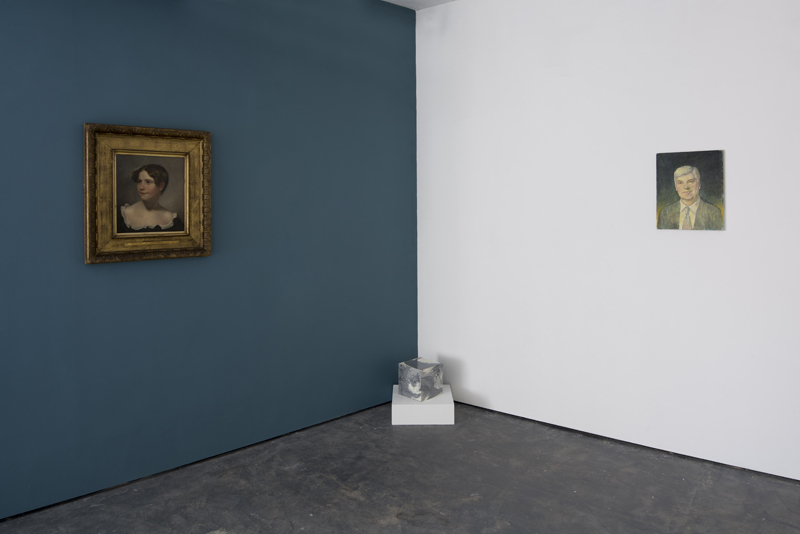 S1 Artspace presents a new commissioned exhibition by Glasgow-based artist Michael Fullerton. Prussian Blue is a major new body of work that will unfold over three exhibitions in 2015 commencing at S1 Artspace this spring, which will subsequently be presented at Carl Freedman Gallery, London and the Scottish National Gallery of Modern Art, Edinburgh.

In 2014, S1 Artspace invited Fullerton to work with the city’s historical collection at Museums Sheffield whilst developing this new series of works. Continually drawn to the aesthetics, politics and social history embodied in portraiture, Fullerton has selected a number of eighteenth and nineteenth century portraits specifically for their aesthetic virtues to show alongside his new body of work. This includes portraits by Sir William Beechey, Charles Brocky, William Etty, Jean-Baptiste Greuze and Sir Thomas Lawrence.

Fullerton’s new work examines the power of aesthetic beauty, the recording of history and the relationship between painting and its social and historical significance. It expands the artist’s ongoing exploration of the social and civic relevance of art – and in particular painting in an age of information and mass media circulation. For Fullerton, painting is political, the more effective its seductiveness, the more power it embodies. He frequently refers to Thomas Gainsborough as a major influence who, through his command of aesthetics, gained access to the political elite, and in doing so, the means to represent the living face of the country’s most powerful figures for posterity.

Although Fullerton’s portraits directly reference Gainsborough’s aesthetic, it is the politics at play within these paintings that the artist is more purposefully trying to evoke. His paintings challenge many of the traditional assumptions of portraiture and ask what kinds of people are portrayed, how much information can a painting store about its subject and how might representation be related to power.

The historical paintings in the exhibition share a similar position. Sir Thomas Lawrence had a clientele that encompassed the length and breadth of the aristocracy, James Sant was appointed official portraitist to Queen Victoria and the Royal Family in 1872, and Sir William Beechey was appointed portraitist to Queen Charlotte in 1793 and was knighted in recognition of his most ambitious painting, the huge Review of the Horse Guard with King George III and the Prince of Wales.

The title of the exhibition Prussian Blue is significant on a number of levels. A famously complex compound, it was one of the first synthetic pigments ever created and is the traditional ‘blue’ in blueprints. It – poignantly – also has a social and historical significance in that Prussian blue was the by-product of the deployment of Zyklon B gas – the gas used in the second world war concentration camps in Poland (the fumigation and gas chambers to this day are stained a Prussian blue colour). The way that colour – which is supposedly apolitical in nature – can be invested with social and political significance is of particular interest to Fullerton.

Central to the exhibition is a series of oil painted portraits of women from advertisements in Vogue magazine that explore the economy and circulation of aesthetic beauty. Painted using a grisaille technique (monochrome under-painting) these paintings reference a revered historical painting method and allow the artist to use coloured pigments to paint ‘make-up’ over the models’ faces.

Condé Nast – the global media company, who own some of the world’s best-known media brands, launched in 1909 with the purchase of Vogue magazine. Widely considered to be the originators of the ‘class publication’ a type of magazine focused on a particular social group – what they themselves describe as the ‘world’s most influential audiences’. The advertisements in Vogue have a very specific economic purpose, which within the context of advertisements by Estée Lauder (the mass media arbiter of beauty as owner of 32 major beauty brands) have an explicit commercial agenda. Since 2001, the Lauder Company has been at the centre of a boycott campaign due to the financing of political activities by Robert Lauder, the son of Estée Lauder.

As a viewer, Michael Fullerton’s work raises a number of issues and questions. He asks us to challenge our position about how we situate ourselves in relation to a broader cultural, political and social context and encourages us to look beyond the surface value of an image, by asking who owns this image and whom does it serve?

The exhibition Prussian Blue – Michael Fullerton has been generously supported by The Elephant Trust and Arts Council England’s Grants for the Arts programme.