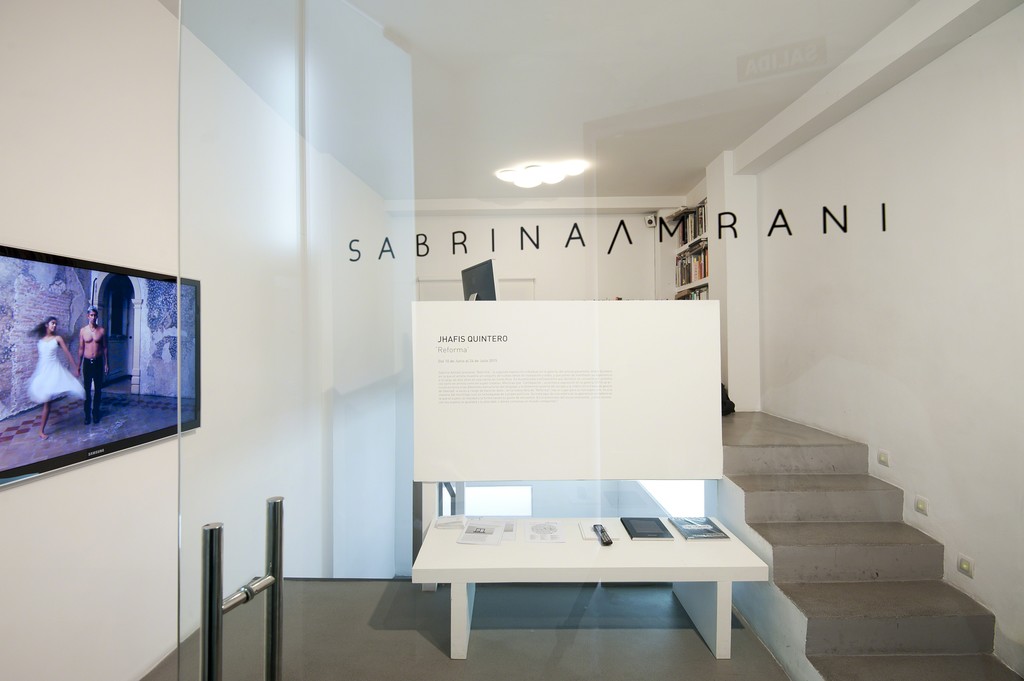 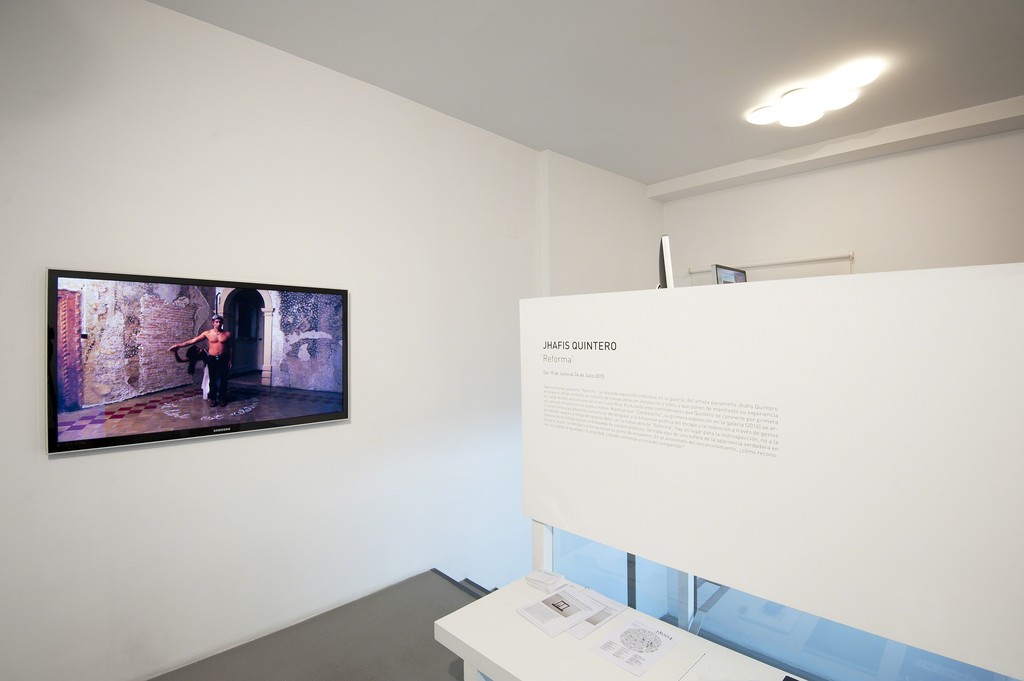 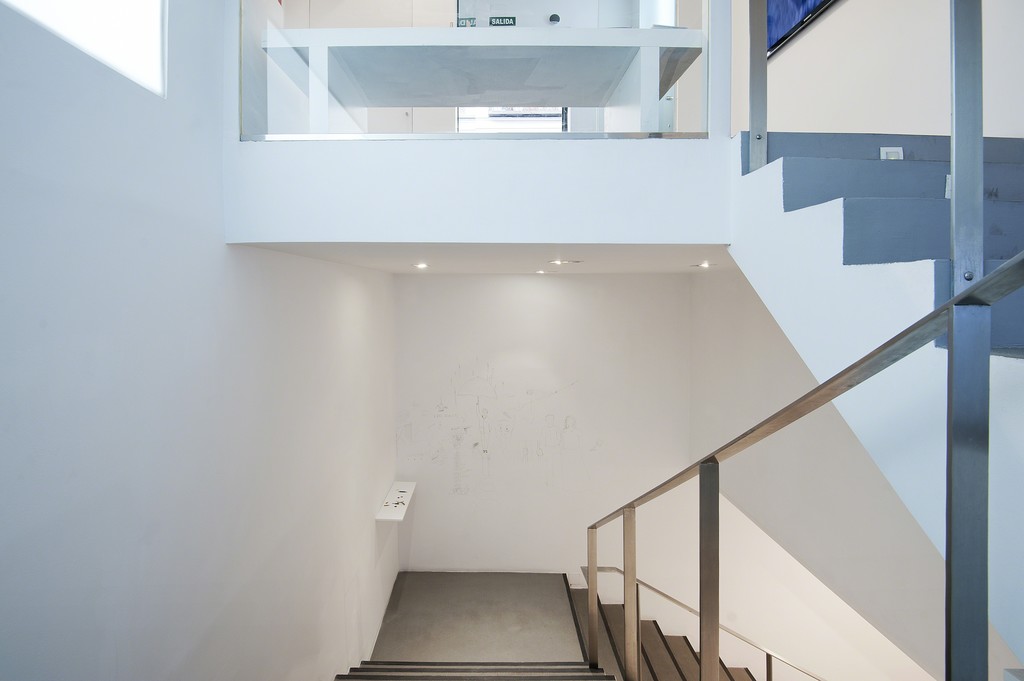 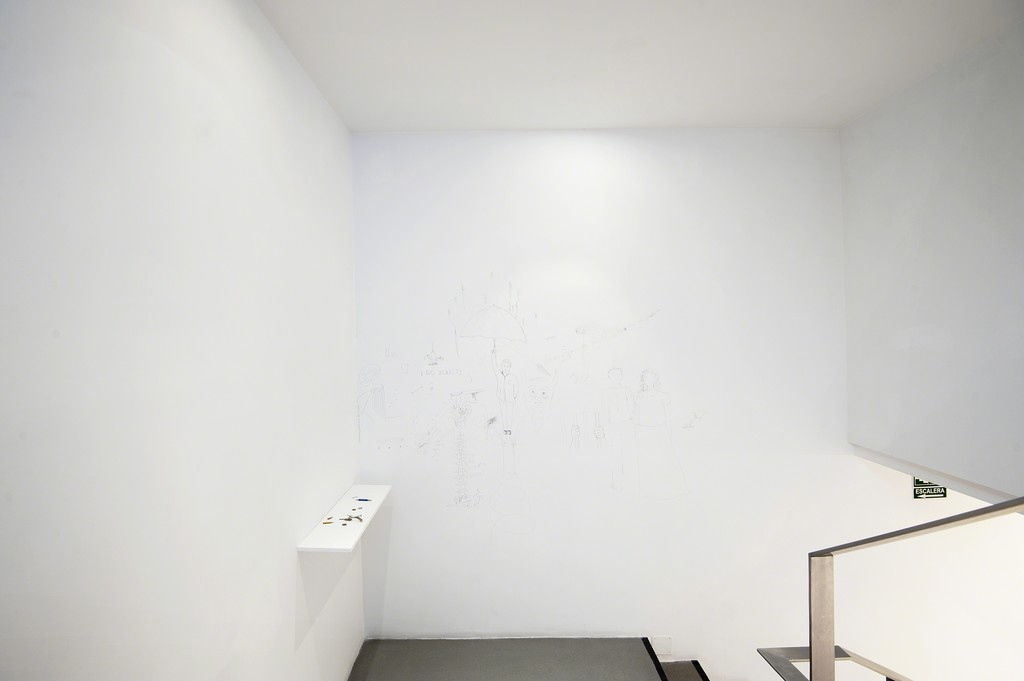 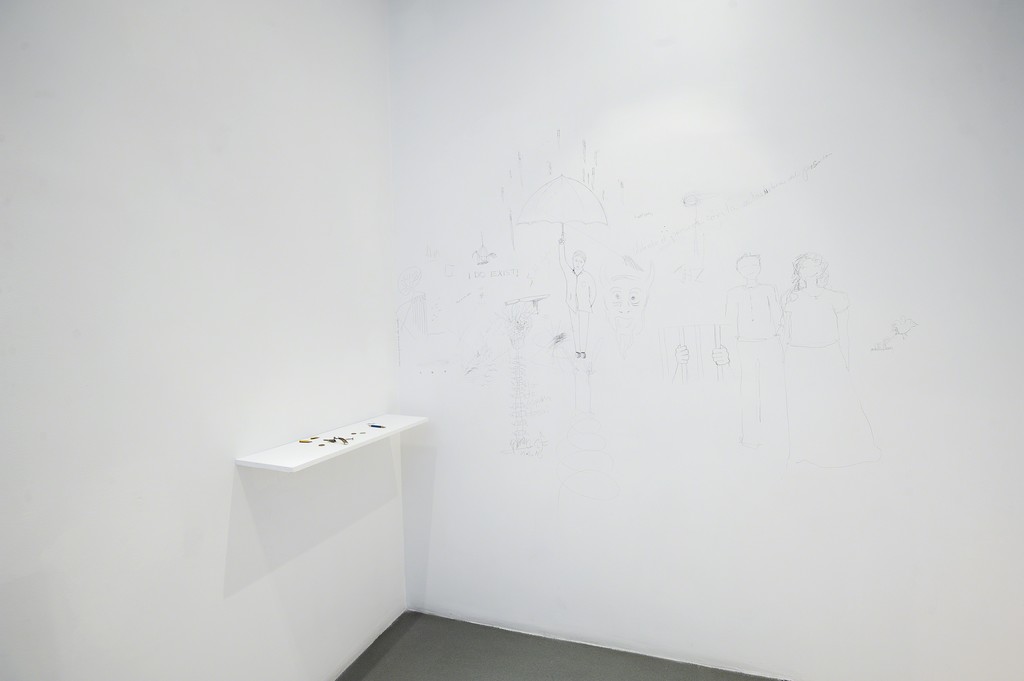 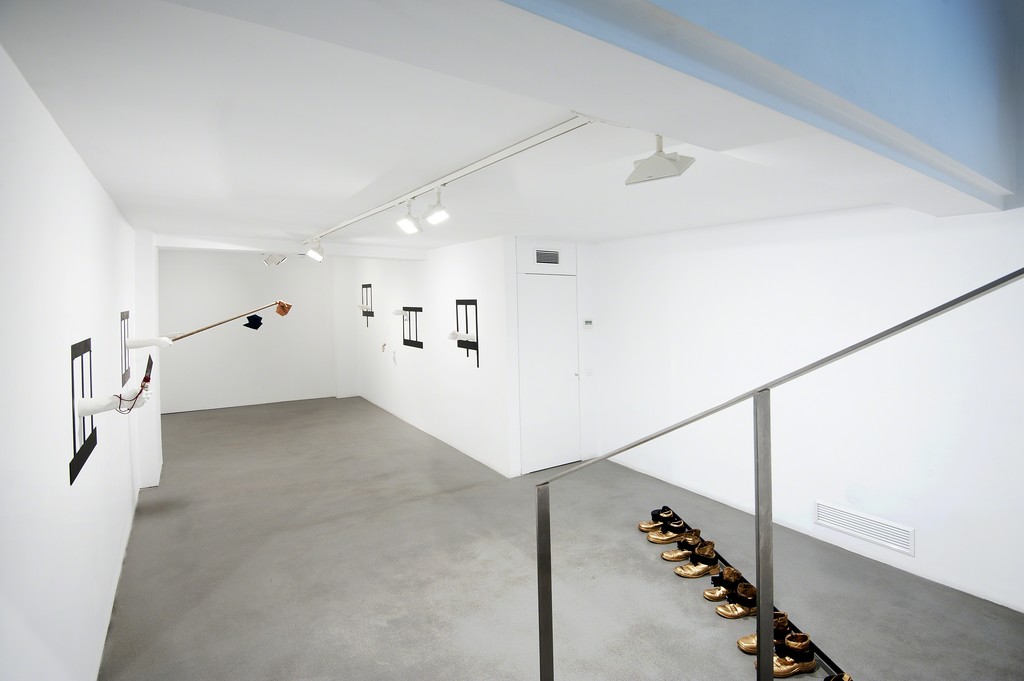 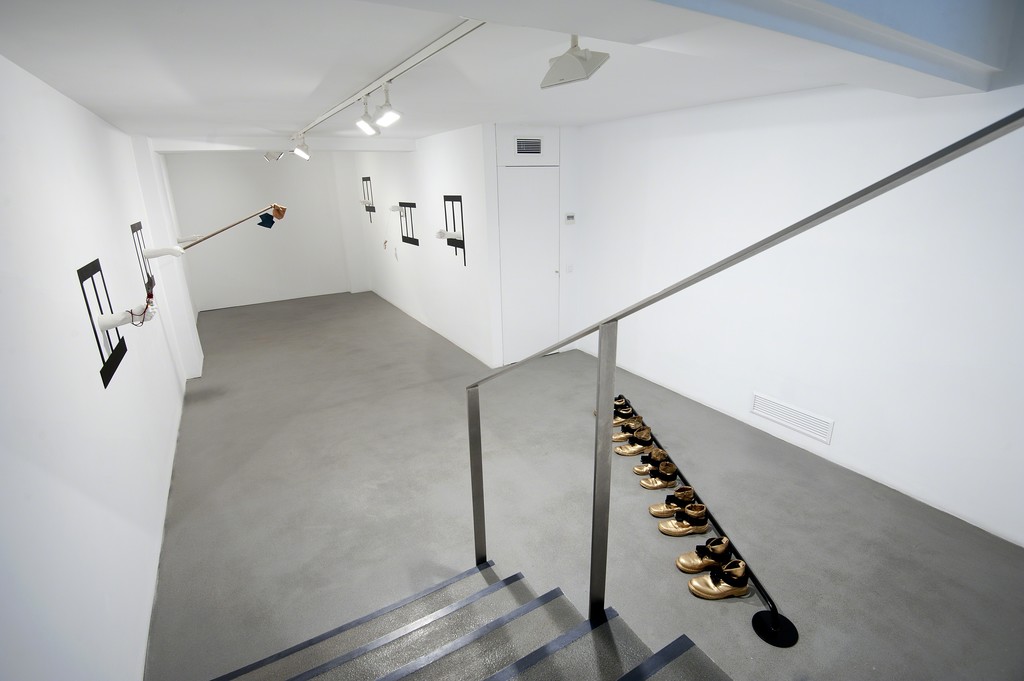 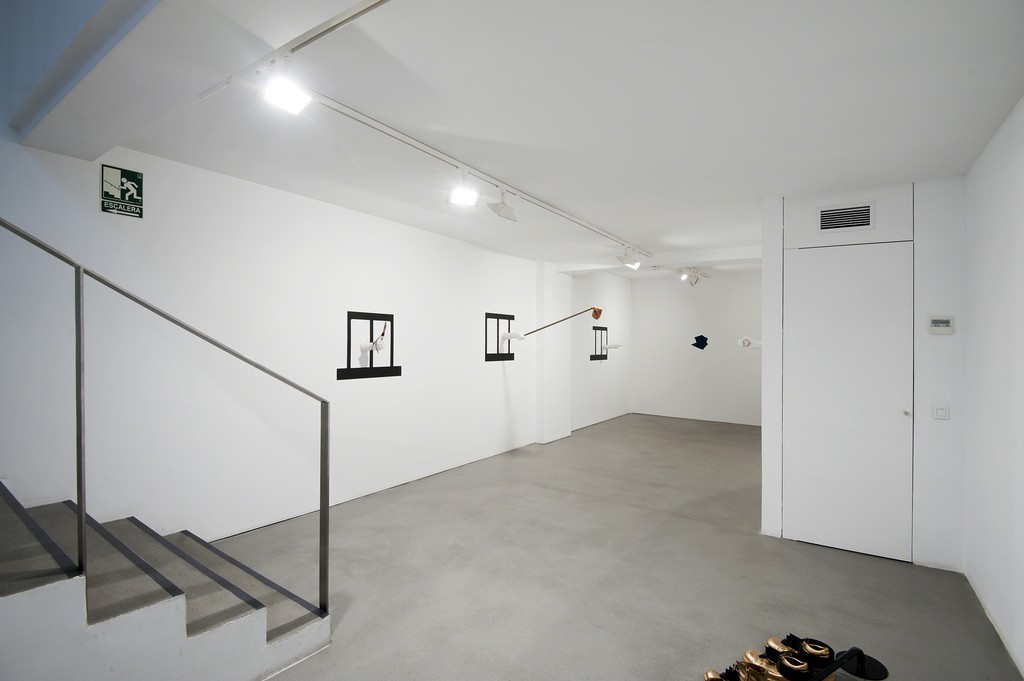 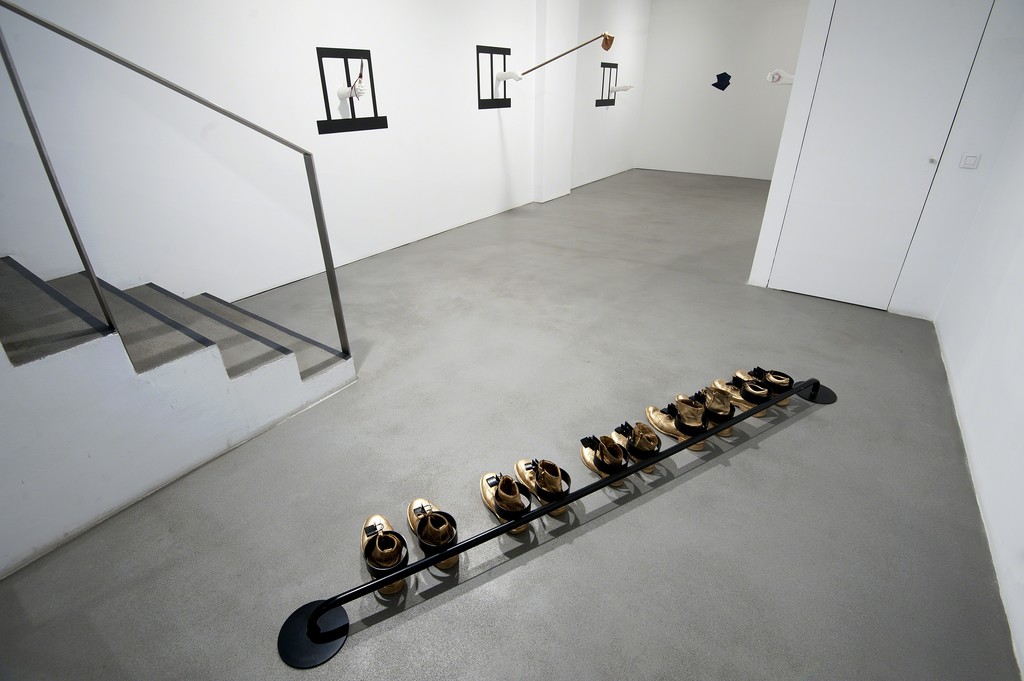 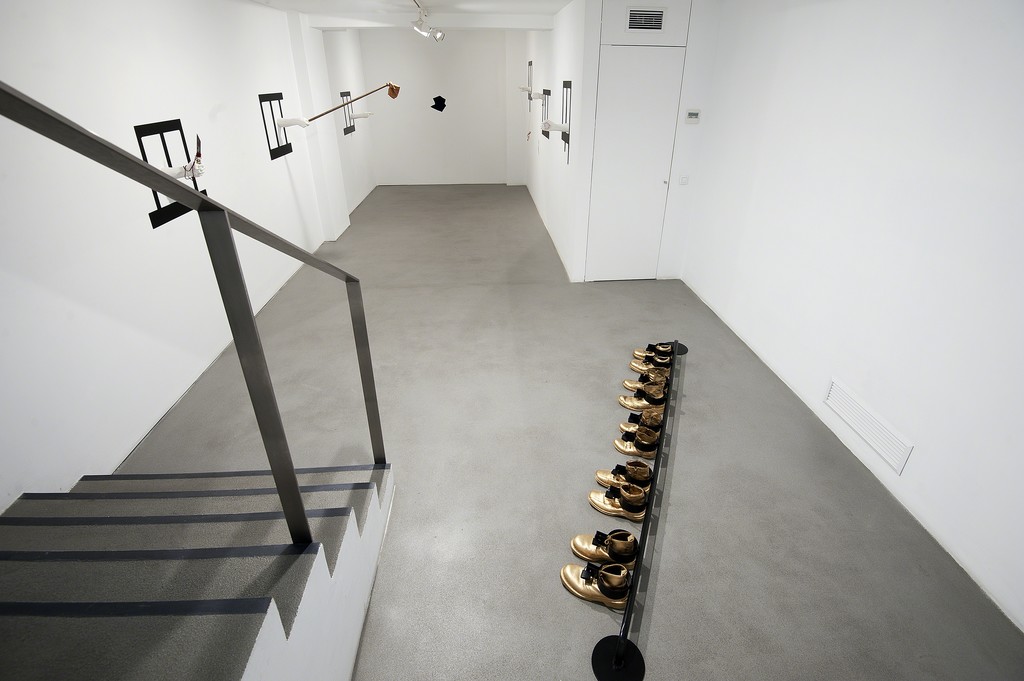 Sabrina Amrani presents 'Reforma', the second solo exhibition of Panamanian artist Jhafis Quintero at the gallery, showcasing a new body of work across installation and video, drawing further on his experience of 10-year-long imprisonment in a Costa Rican jail, where Quintero at first became both artist and creative subject. While his earlier exhibition at the gallery, 'Cambalache' (2014) focused on the different structures of language and the poetic dimension of escape and redemption through gestures of freedom - sometimes at the expense of self-harm, in the new work part of 'Reforma', an introspection takes place not in the form of a monologue, but as a search for political bodies - a realm of true appearance where subject, reality and form meet. In the anonymity of incarceration, how do subjects recognize sameness and otherness; where does a world in common begin? 'Reforma', a maximum security prison in Costa Rica, infamous for human rights abuses and riots, and most recently, not without irony, a US-sponsored procedural 'reform', is for the artist not only a site-specific memory of the past and an invasive topography of resilience, but also a vast metaphor for the bio-political: When the powers of the state extend from the rule of law to the absolute control of physical and political bodies, subjects are formed and reformed through instruments of technological
power beyond punishment. In turn, these subjects and their bodies transform and reform the environment into a grammar of transgression where the everyday becomes something alchemical, supernatural and even miraculous. When the whole of existence is confined and reduced to a mere body, pure biology, how to stage a moment of liberation?

A central postulate of Maurice Merleau-Ponty becomes here flesh: 'The body is our general medium for having a world'. And this is the case in the video work 'Spiders' (2015) where the imprisoned body breaks out of the institutional architecture of confinement through cracks in the concrete, and reaches for the other, in a last attempt to safeguard his humanity. This work reminds us immediately of the film 'Un Chant d'Amour' (1950) by the novelist Jean Genet, in which a male prisoner and his prison warden enact sexual fantasies through holes in the cell gate, blurring the inside and the outside, and reconfigure temporarily their selves. As the only means and medium, the body is elevated to the condition of sensory and sensual, turning metaphysics on its head: The soul is not imprisoned in the body, but liberated outwards only and exclusively through the body.

At the heart of the exhibition is the six-part installation 'Prótesis' (Prosthesis, 2015) which transforms the gallery space into a prison corridor, with the quotidian objects of prison survival -cigarettes, a
mirror, a sharp knife, reshaped into sculptural innuendos passed through the resin prostheses signifying bodies constructed in parts and never in wholes, temporary structures or survival and need. Through the
brutal mechanism of the prison cells, by no means an experiment in re-socialization, the social is not altogether destroyed but adapted to a new reality. The evolutionary quotient of a species plays a significant role here, violating the institutional body of metal and concrete, and reforming its architectures of control into a new, richer public domain, with its own rules inscribed beyond the pale of the law; this new prosthetic body is an autonomous entity, free from constraint.

Placing an incision marker between art and everyday reality, the video work 'La liberté est relative' (2015) approaches freedom under the guise of the false liberties associated with artistic practices, examining the nature of the contemporary, bound by an institutionality that censors and markets, where it is increasingly difficult for art to address itself without banisters. The sword of Damocles, from a story of the Roman philosopher Cicero, making allusion to the peril faced by those in a position of power, hangs from the artist's head, as a reminder of that freedom and power Quintero regained after prison, and that is now constantly in question for an artist. Bridging the gap between his erstwhile
experience and his current practice, the meaning of freedom is addressed as a fundamental lack in modern society, extrapolating the jail corridors to the outside world.

Similarly, in the sculpture 'Bulova' (2015), homonymous with shackles in prison slang, the boots trapped in the shackles are painted gold to refer to the monetary value of mass imprisonment today, in which prisons are run for a profit by private companies, little interested in the re-socialization of the inmates but whose profit margin is based on the perpetual incarceration of young population at risk, turning their bodies into private property. This now global for-profit-model, has extended the
technological dominion of the body into a multimillion dollar business and imprisonment into a corporation beyond the control of the state. With the authority of the state disempowered and millions living under the globalization of debt and economic inequality, the prospects of liberation for those anonymous labor bodies behind bars, incarceration has become a political issue of the first order, alongside immigration.

'Reforma' is more than a journal from prison or an anthropological survey. By examining the conditions that underlie the global prison system today, Quintero provides a scathing criticism of the modern institutions of society and how their mechanisms of control, intertwined with the financialization of democracy, degenerate in the bio-political condition. This bio-power, practiced by modern states and corporatism, in order to subjugate bodies through regulatory environments, strips not only inmates from an objective world, but all those -artists included- whose living space is privately owned. The artist, however, leaves a space open for 'reform': Amidst the incredulity and instability of
being in the present world, there remain a lot of vital spaces for human communication, albeit often oblique, which occur in unexpected manners and reshape what it means to be human, in unique, miraculous forms.