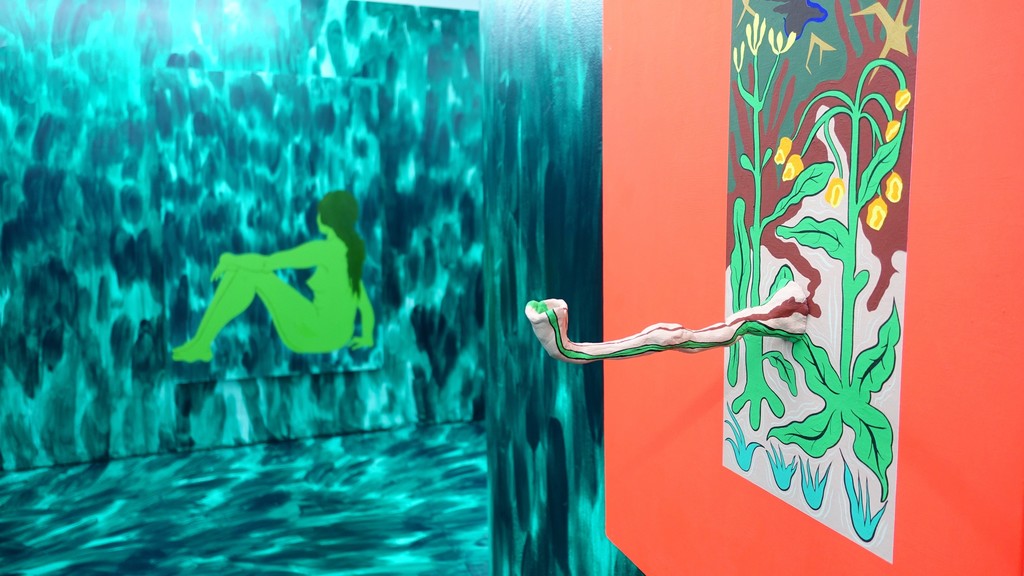 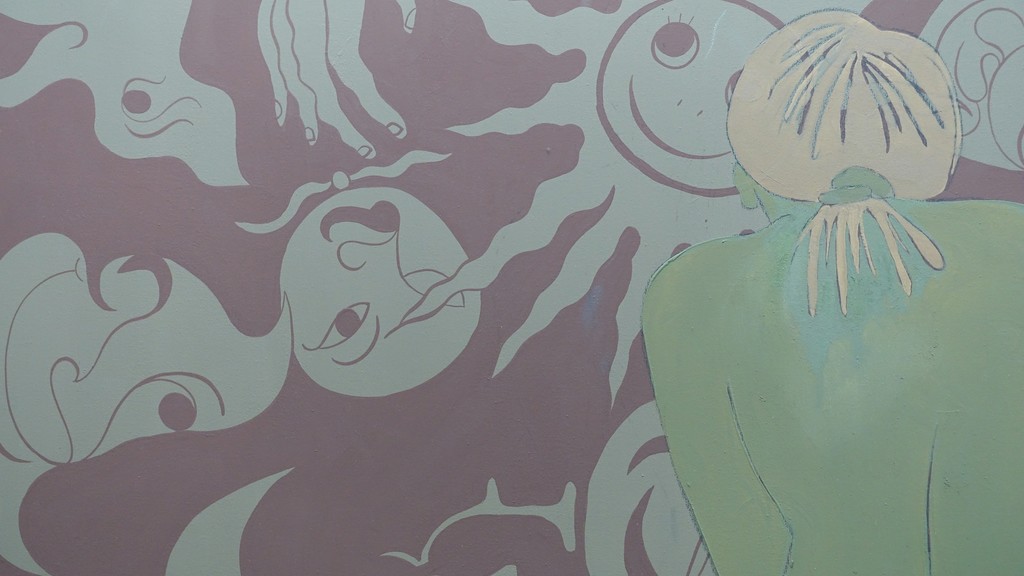 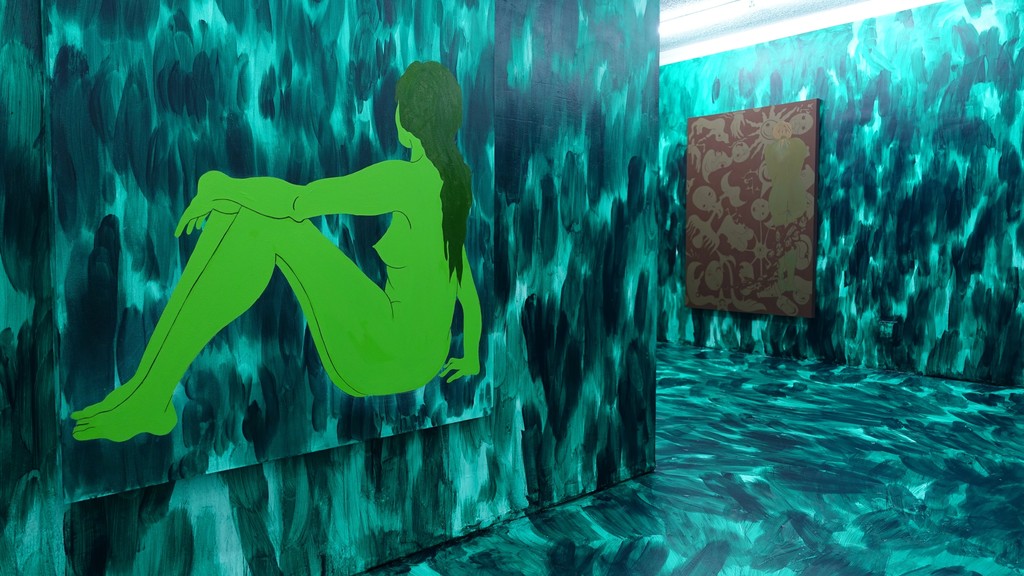 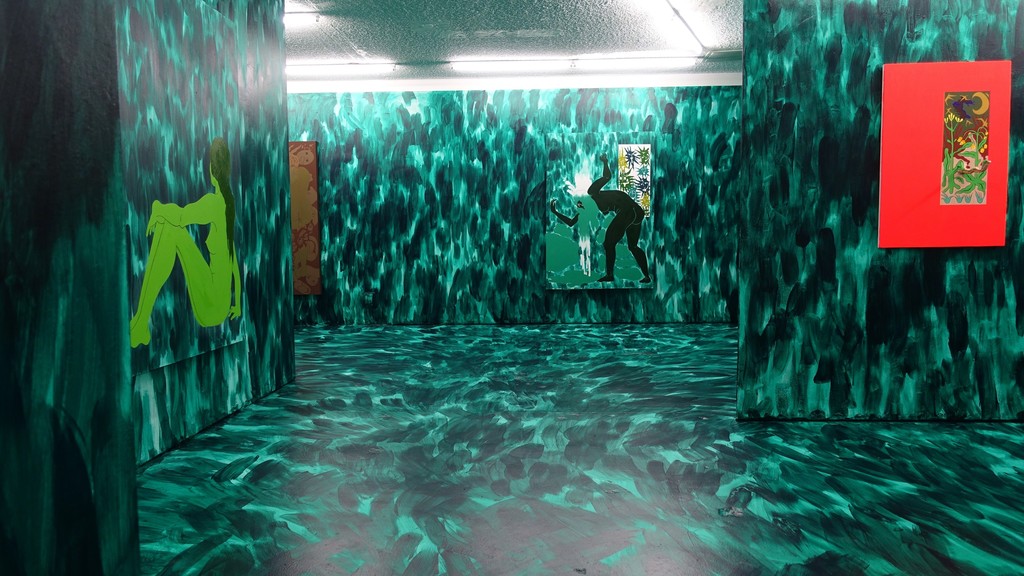 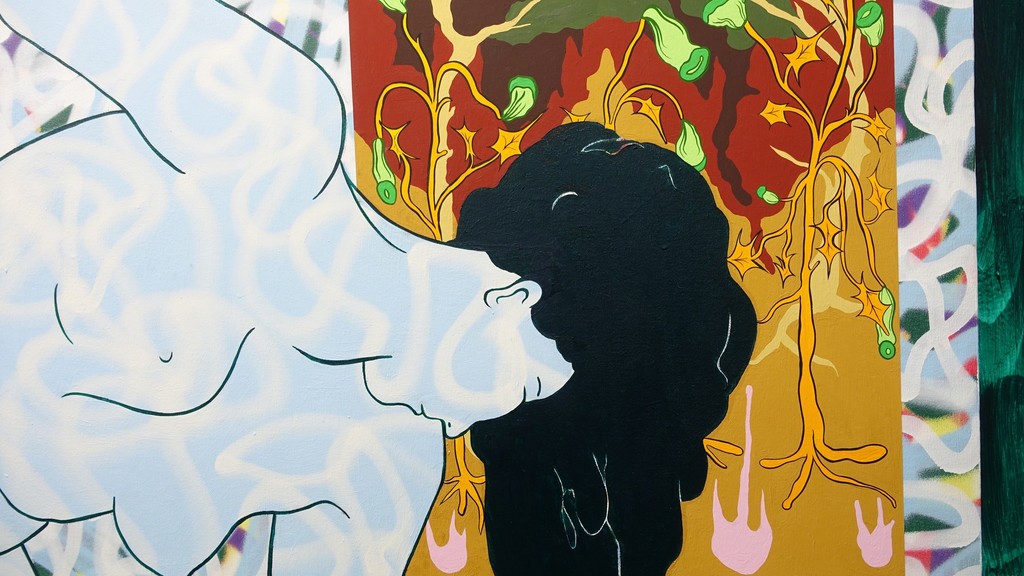 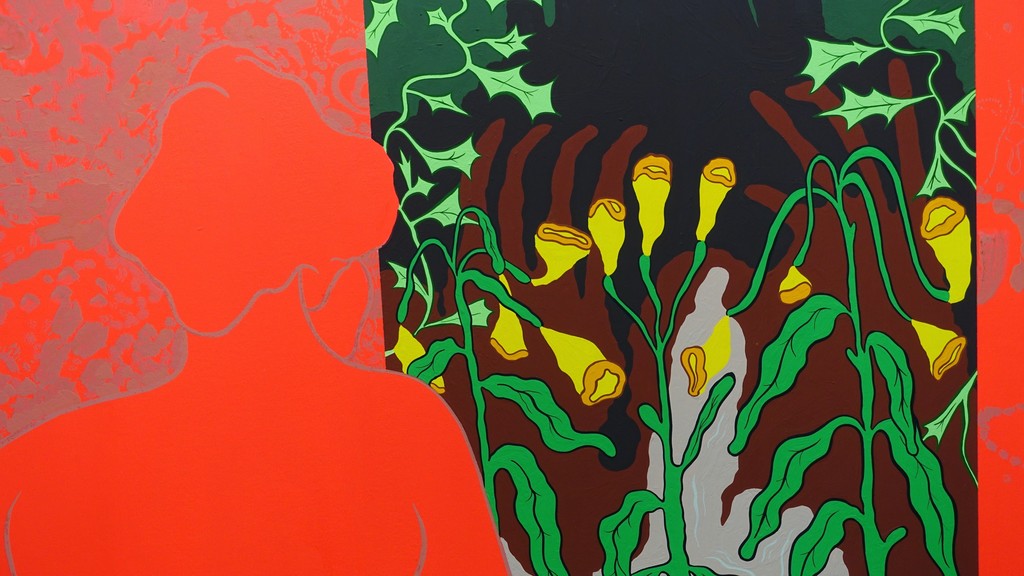 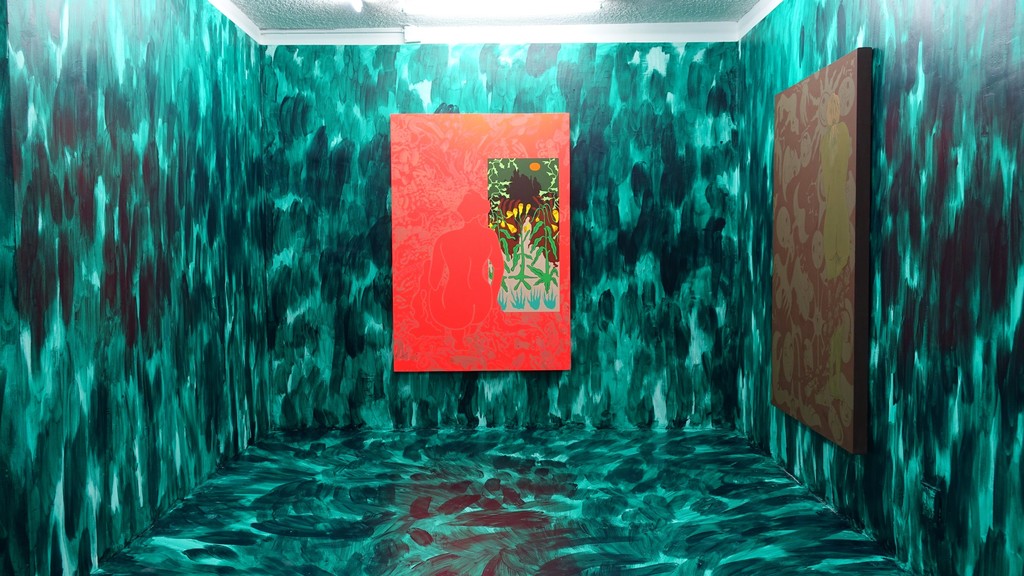 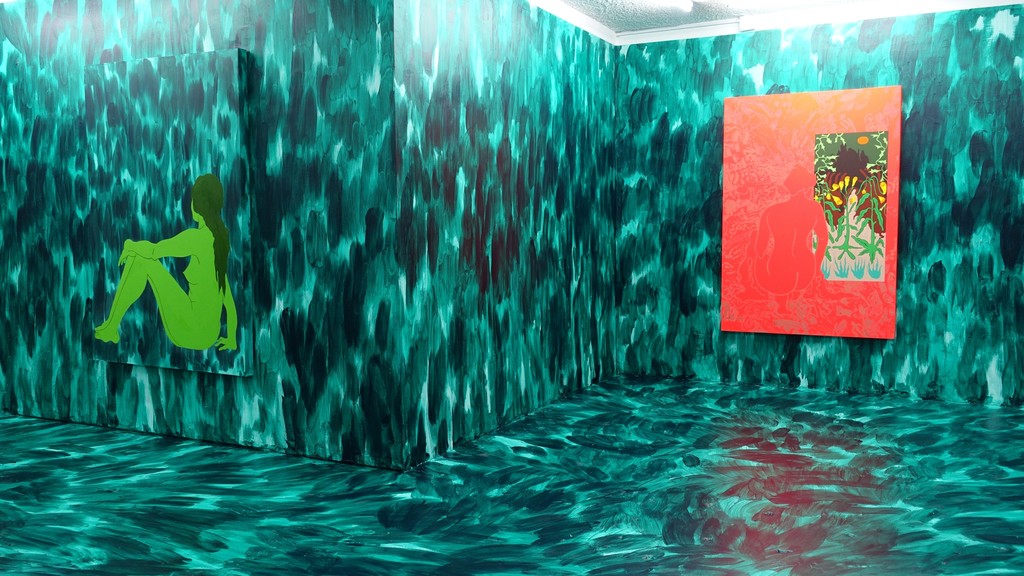 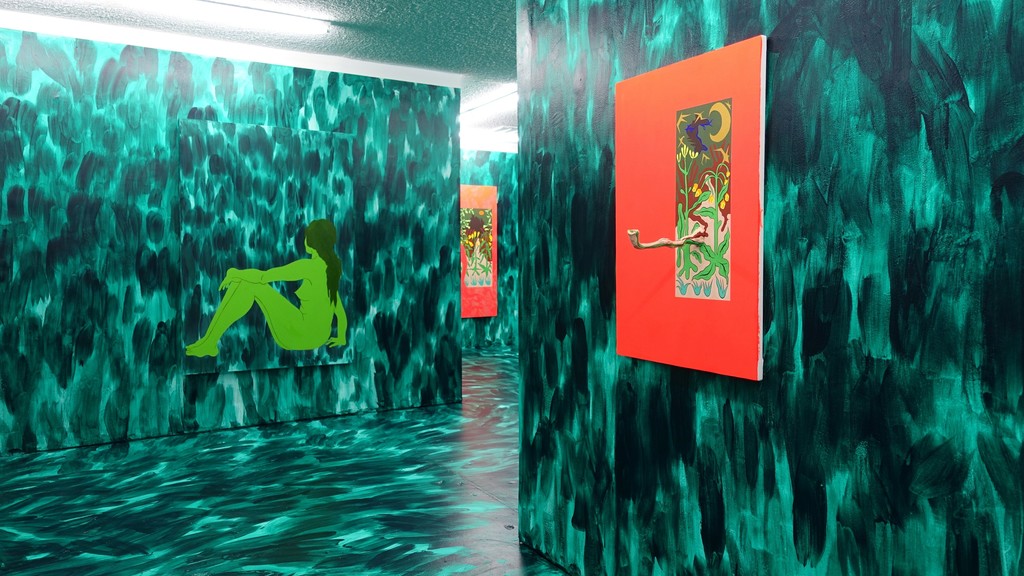 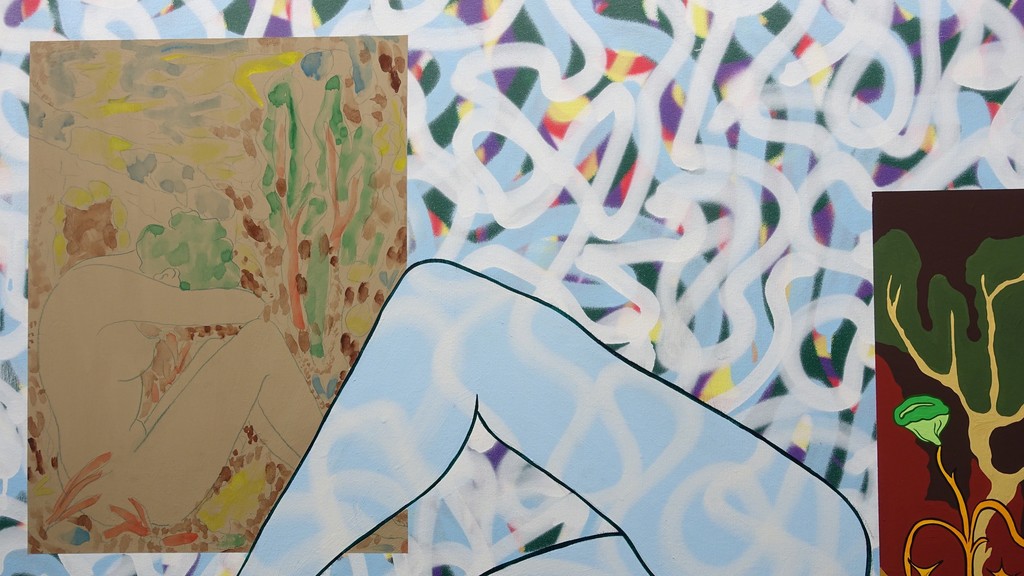 There are many ways to escape;
across the field,
by climbing a tree,
or through the window.

Leave limbs in the world of green wakes,
phases and strips
of rain returning
quarter by quarter.

I normally work from historical texts. From illustrating the lives of Saints found in The Golden Legend (1260-1450), and by the atmospheres of the Ming era novel, The Golden Lotus (1610). Resuscitating these narratives through figurative paintings in immersive installations is an attempt to persuade the viewer into seemingly faraway, and unknowable pasts. Yet, in the attempt to convince viewers of these worlds, nothing but failure can be felt, the distance of the past stretched to breaking. I was reading Marcel Schwob’s book Le Livre de Monelle (The Book of Monelle, 1894) and Vies Imaginaires(Imaginary Lives, 1896), which was one of the first novels of biographical fiction, and was a huge influence on Borges and the Surrealists. I was thinking of illustrating these texts, but that never really panned out, (maybe a different show). Failure aside, these stories still function as influences, and eventually will make themselves known.Through threads of optical trickery, paintings within paintings, and a radiating Phalo green, the Symbolist nature of these influences emerge. I was also looking at the paintings of Kees van Dongen, Adolphe Beaufrère, Paul Ranson and Toulouse Lautrec's advertising posters. And my friend Ethan Mitchell wrote a poem based on his impressions of the paintings created in this climate of influence. The doubling of this ekphrastic gesture mirrors my own process and filtration of various works bound by their temporal circumstance.