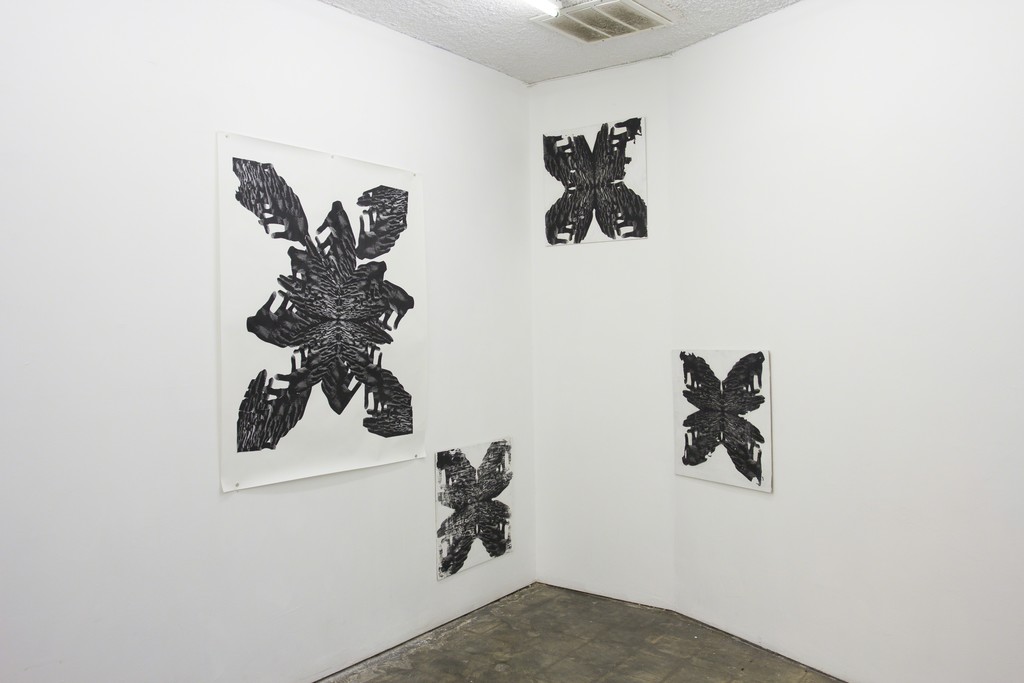 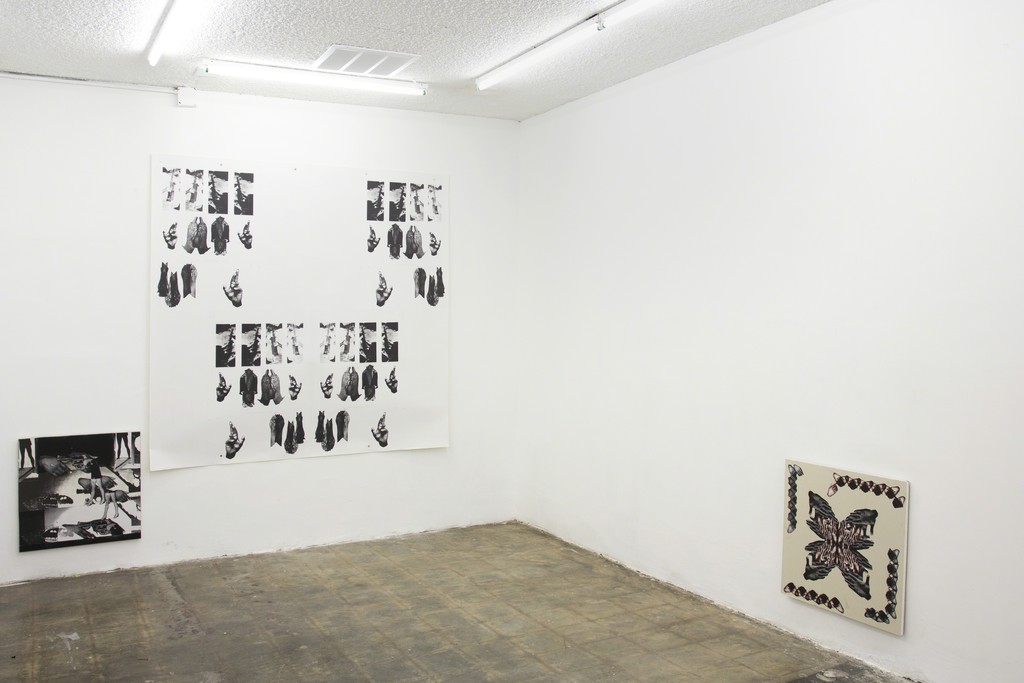 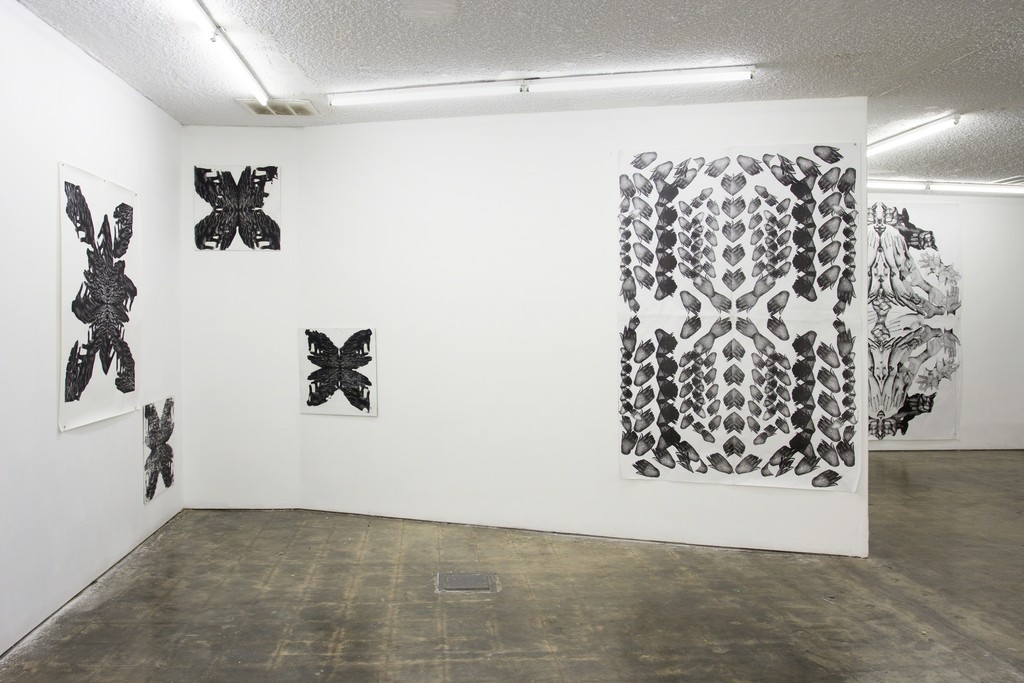 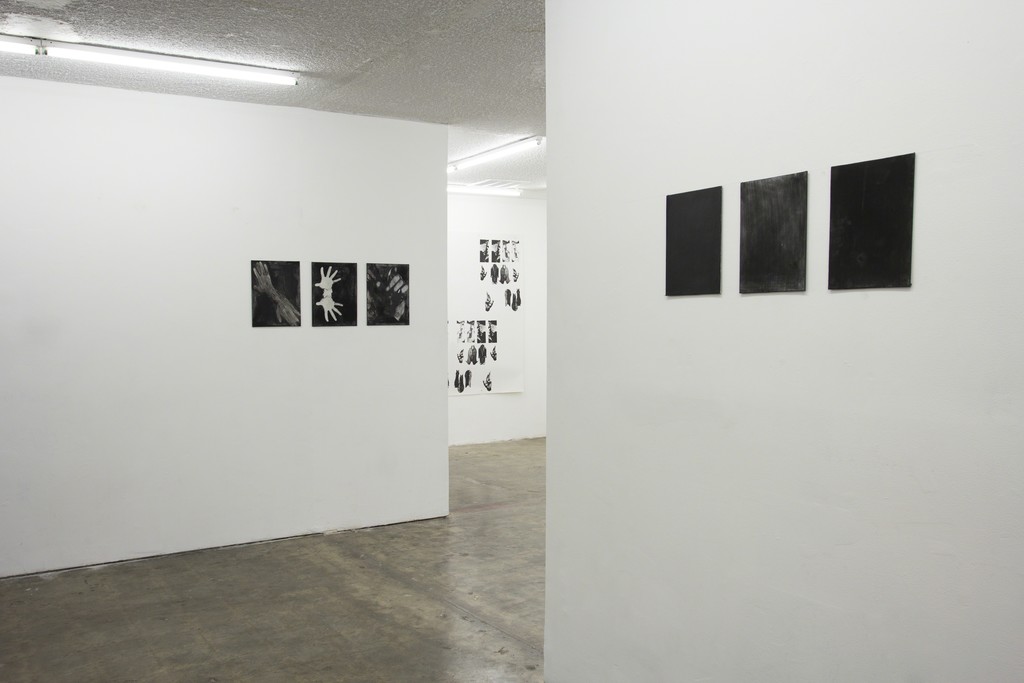 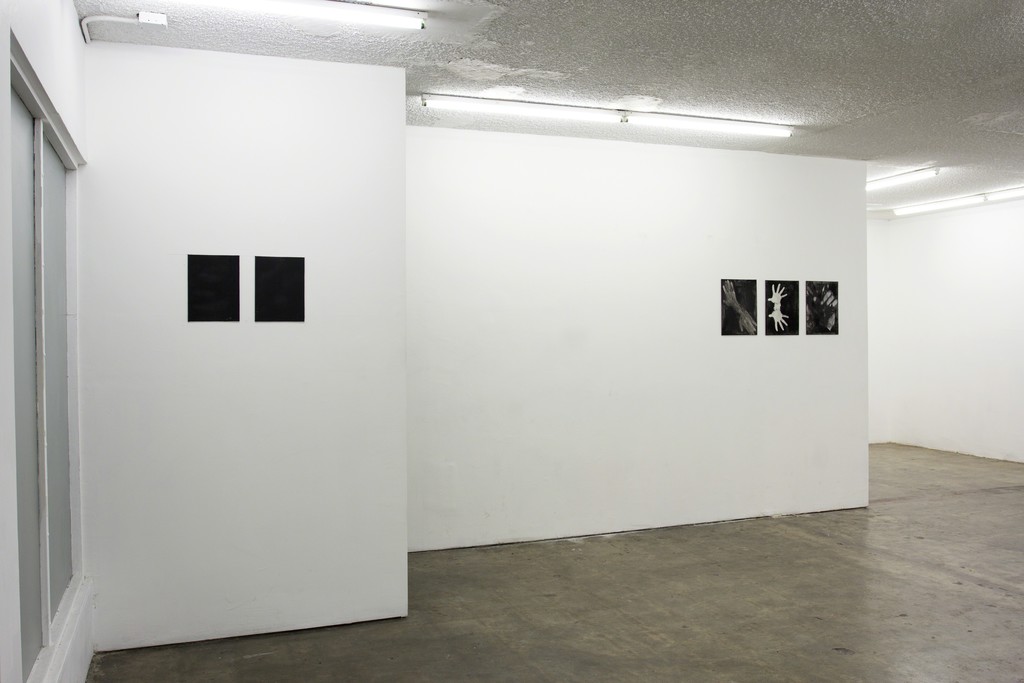 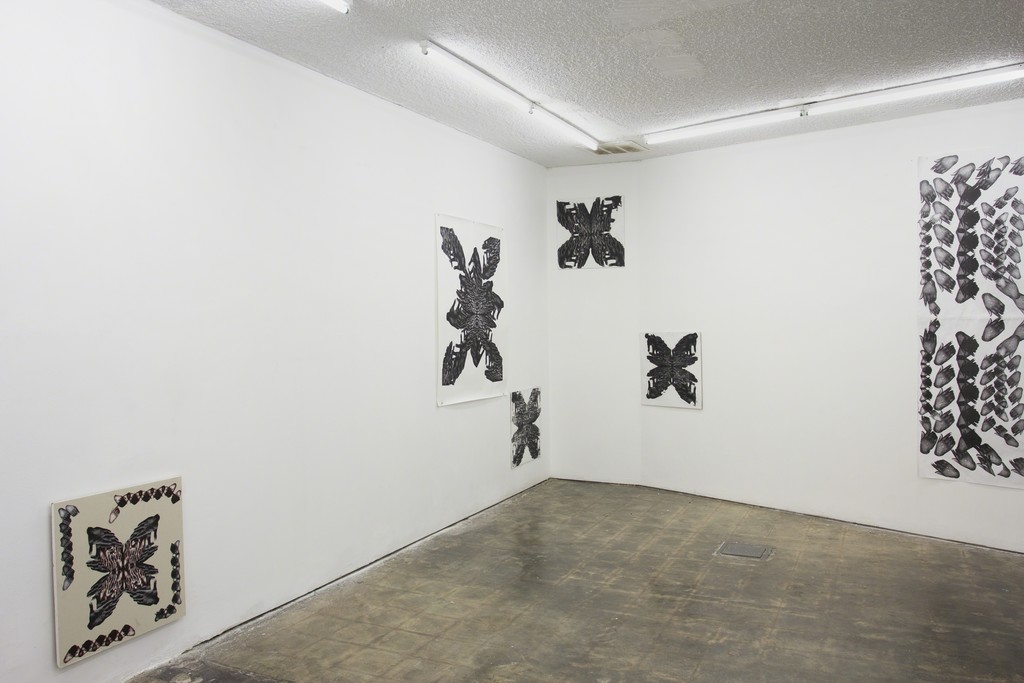 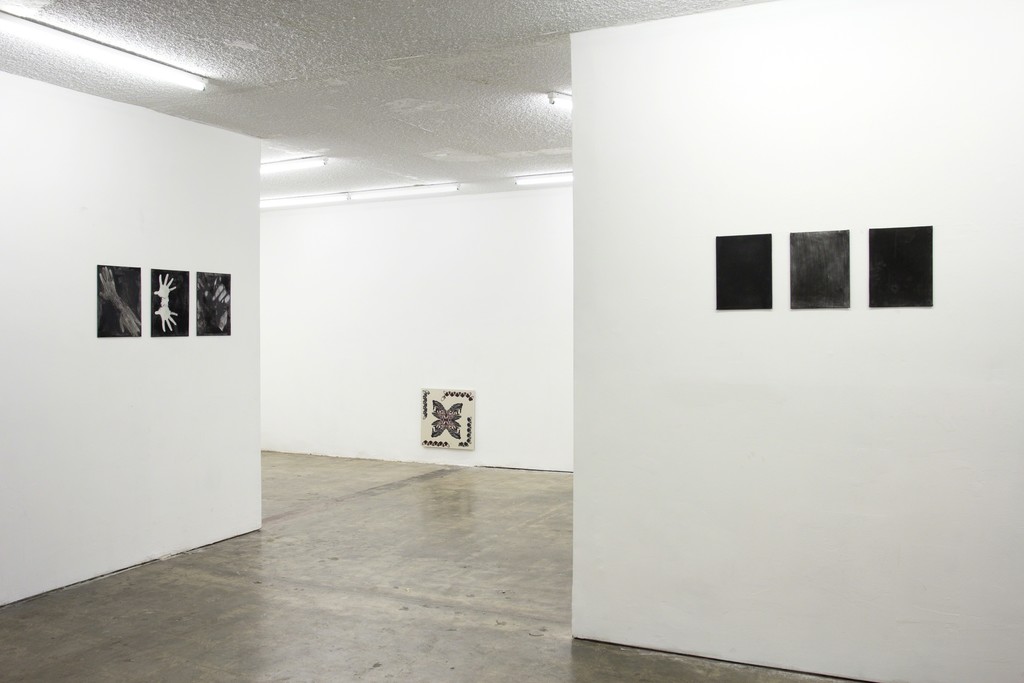 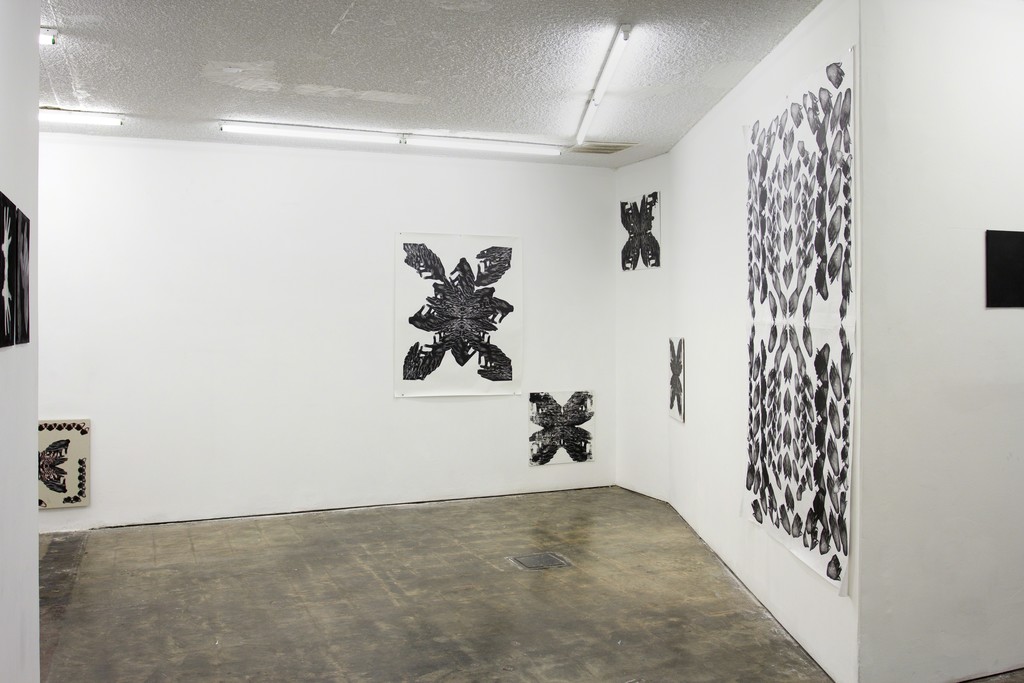 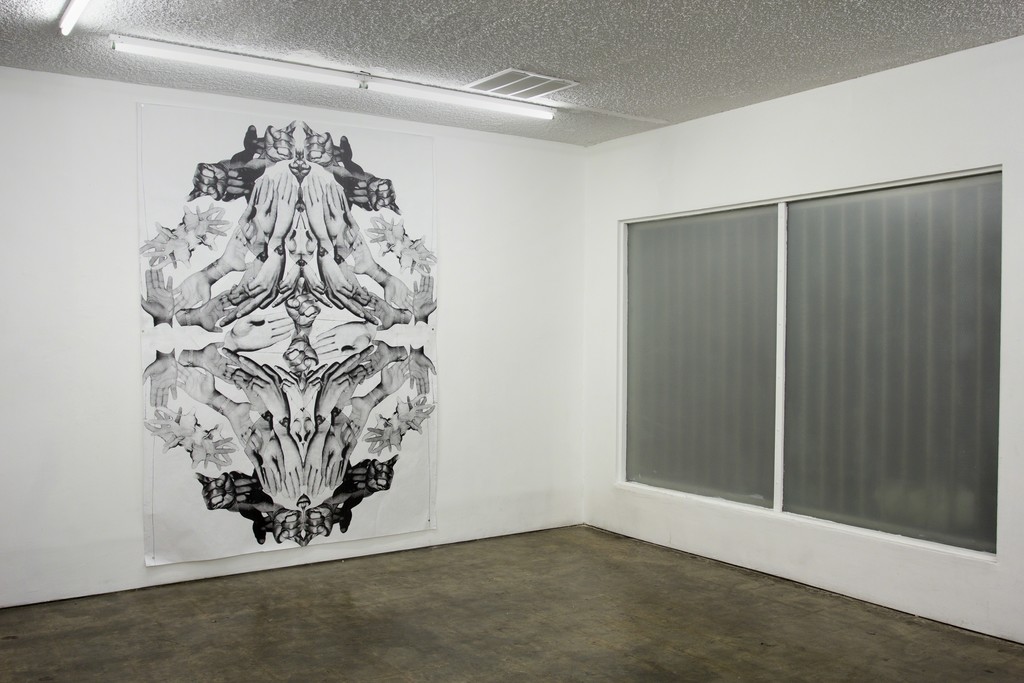 From: Jean Francois Lyotard, Libidinal Economy 1974
“This, this affirmation of the band, this banditism, is written in a pain which makes the hand tremble. Let's listen to it, this is certainly more important than what is said. This pain is not a sadness or a loss of force, but the opposite. It is stamped with an expenditure of important quantities of energy, employed to make something bearable which is not bearable, perhaps this same accumulation of forces. Crying, yelling are within the hand's capabilities.Figures - meanwhile the hand continues to advance its pen through Dionysus ' groves - figures of life and death are accumulated, figures which are this same energy fixed for a moment and for an eternity, and which devour it, mistresses of wild beasts. Egyptian face, Negev hair, bistre-coloured androgyne, unmanageable girl- child.With this pain, perhaps at the centre, this new event, truly awful: this same Egyptian face, staring into space with its impassive gaze, it has become yesterday evening, a black night. The figure of the young woman has become the death mask of a young man the cops had kept watch over and beaten up two years ago in an island prison bordering the African seaboard, and whose body had been buried after his father refused, having examined it, to admit their version of death by suicide. It is this same face, this same narrow forehead, big nose, a little crooked, and the third great identifying feature of the Abyssinian type, the same fineness of the jaw. And he spoke, all the time, while she kept silent, he yielded, escaping to his death and looking for it through floods of words, speaking like a Negro, multiplying the ambushes of words; but his speech was so soft and imperious that it was followed by visible effects, just like physical actions. If his death could have exploded as his words exploded, into palpable transformations, when he was his body! To make of his death his active body again, transformer. The anagrams of his nomen were Roma, Amor. And this tension, above all difficulty and intolerance, is associated with the incompossibility of all these simultaneous figures. You would need to be one hundred percent Christian and stupid to think that these Romans and Negroes are libidinal idiots, innocents plunged in debauchery. This suffering through excess is that of the Bacchants, it proceeds from the incompossibility of figures, of masks which together occupy the same space-time and thereby reveal the libidinal band; for such an incompossibility where several parts, however different, of the alleged organic body, are affirmed at the same time, or even, if you prefer, where sections of the psychic and social apparatus which must only be affirmed separately or successively, are affirmed at the same time; it is unbearable. Is this because it is the dissolution of unity, of the supposed synthesis? What is engulfed in theatrical theology, for we who come long afterwards, having centuries, almost two millennia of disfiguring traditions upheld by religion, religions, metaphysics, capital, is identity. Is it possible that all intensity is suffering only because we are religious, are clergy of the Zero? Even to say this is perhaps a consolation.”
KANDIS WILLIAMS /// DISFIGURING TRADITIONS

TRACING LYOTARD::This, this affirmation of the band, this fugitive banditism, is written in a pain that makes the hand tremble. Let's listen to it, this tremble in the hand is more important than what is said. This pain is not a sadness or a loss of force, but the opposite. It is stamped with the expenditure of important amounts of energy, used to make something bearable which is not bearable, maybe the same amount of energy. Crying, yelling, screaming, laughing are within the hand's capabilities.In Figures, meanwhile the hand continues to draw with its pen through Dionysus' vineyards, figures of life and death are accumulated, figures that are the same energy fixed for a second and an eon, that devour it, mistress of a wild animal. Egyptian face, androgynous tan skinned, unmanageable girl child. With this pain, maybe at its center, this new event, truly awful: same Egyptian face, staring into space with its impassive gaze, it has become yesterday evening, a black night. The body of the young woman has become the death mask of the young man that the cops hunted, beat two years ago in an island prison off the African coast, whose body had been buried after his father refused to admit the official police version of his son's suicide. It is the same face, the same narrow forehead, large nose, a bit crooked, the feature most identifiably Abyssinian in type, that same fineness of the jaw. He spoke while she remained silent, he yielded, escaping to his death and looking for it through floods of words, negro speak, multiplying ambushes of words; but his voice was so soft and imperious that it was followed by visible effects, physical actions.If his death could have exploded as his words exploded, into palpable transformations, when he was in his body! To make his body active within his death, transformer. The anagrams of his name were Roma, Amor. This tension, above all difficulty and intolerance, is associated with the unmeshability of these figures simultaneously. You have to be a particularly stupid idiot Christian to think that these Romans and Negroes are over sexualized innocents plunged into debauchery. The suffering through excess belongs to Bacchants, it proceeds from unmeshed, of masks that together share a space-time and reveal the libidinal band. This unreadability where several parts of the organic body are affirmed at the same time; or if you prefer, where sections of the psychic and social apparatus that must only defined separately, are affirmed at the same time the result is unbearable. Is it because of the dissolve of a unity of body or of the synthesis of two bodies? The thing that is most overwhelmed in this exaggerated theology, throughout these Millennium of disfiguring traditions upheld by religion, metaphysics and capital, is identity. Is it possible that all this suffering is caused by religion, that we are the priests of Zero? Just saying this is maybe a consolation.

EXTRAPOLATION OF LYOTARD ::: The presence of this energy, this fugitivism, is written in a trauma that makes the hands shake. Listen to this tremble, it's more important than words. The pain isn't sadness, it doesn't weak the bearer but achieves the opposite. It's branded with the spending of huge forces of energy, the energy used to make something bearable that is unbearable. The same gathering of forces that give energy to crying, yelling, screaming, mourning, praying, fighting are within the hand's ability to express. As the hand moves through the fields in revelation of instinct and it's harvest and toil, the Figures, bodies of life and death are accumulated. Bodies that are both fixed for a minute in the stability of the wrist or the point of a finger and in an eternity are devouring each other in consort with Nature itself, consuming each other. Black faced, coarse haired, browned and androgynous, we are an unmanageable girl child to the fathers of this country.Holding this pain at our hearts, this new event, digital age of black death: this same brown face, staring out into virality from lifeless eyes, the shade. Black light, a darkened hour. The black woman has become the death mask of the black men murdered by the police; stalked, slandered, seized, lynched, assassinated in their beds in our country. Their faces are examined by fathers and mothers who refuse to admit the version of suicide by cop offered by the murderers of our youth, the face of the death mask in detail: heavy, discursive, elusive, enticing its weight worn by the black woman. HE spoke while she was silent, yielded and accepts escape in death and discourse from pigeon to multilingual performances of black speech, this ambush of words. When he speaks even softly the world ripples with the sound of his voice as though blows are struck into the air above our heads.. If their death could explode the violence of their murder and transform the world without their extinction! To make his body active in death, we post and comment, spin threads and do research. To keep this body active but dead we endlessly invoke State and Sex. This invocation is fraught with intolerance, it becomes part of the un-measurability of the simultaneous vision of murderer and mourner. You would have to be deaf and dumb and ruled by red state politics to believe that black people want their oppression and cling to their suffering, however often this reasoning is issued. This trans generational trauma and its reticent chaos of celebration and suffering, is Bacchanal, black life must resist a dominant 'order', must deviate from mannered exchanges, must perform discord in order to challenge the harmony of the violent institution of slavery. The unmesh ability then, of an abstract white supremacy, contained within bodies but without form; and the dead black man reveal the libidinal band, the erotic pulsing incarnate of human force. The unseeable contained in their simultaneous occupation of the same timespace reveal that eyes and minds cannot bear the truth of this event. Through the mesh of the digitized black death we see a psychic and social apparatus of whiteness affirmed and simultaneously the power of its victims in a collective human register. Is this because our of racially ethnically mixed eyes force our bodies into the black and white of false racial binaries, or because we feel one with the death mask of the black male, their death a merger of audiences around his figure who in death is both a martyr and a scapegoat ? What is swallowed by this theater of discourse-- that for centuries, almost two millennia has lived in the disfigured traditions of racist ideology upheld by religion, science, and money-- is identity itself. Is it possible that every discursive gesture towards the dissection of identity makes us clergy to the Zero? Does that make it better?