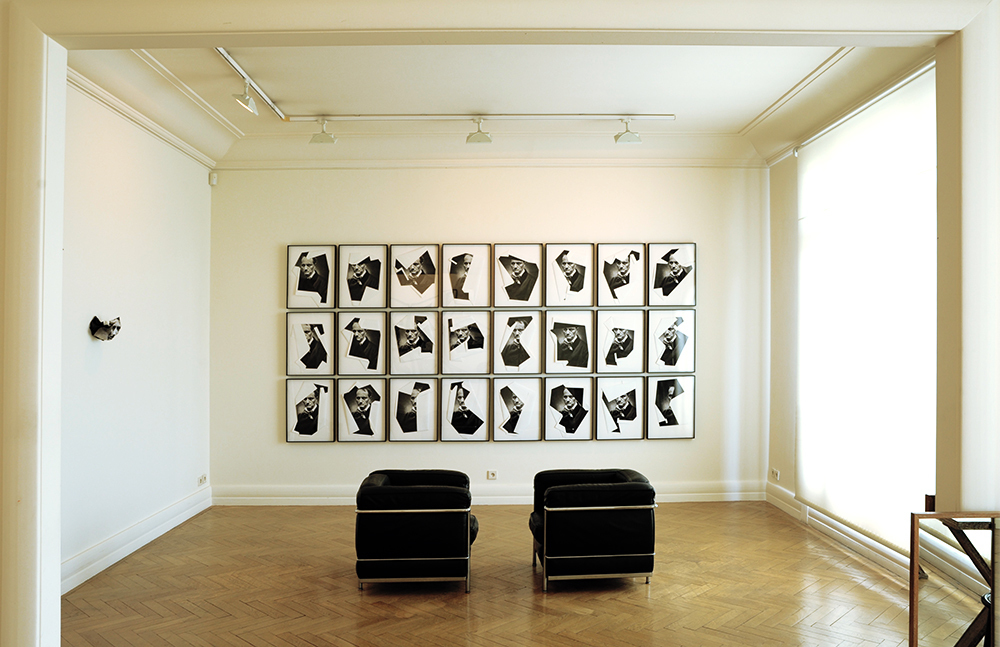 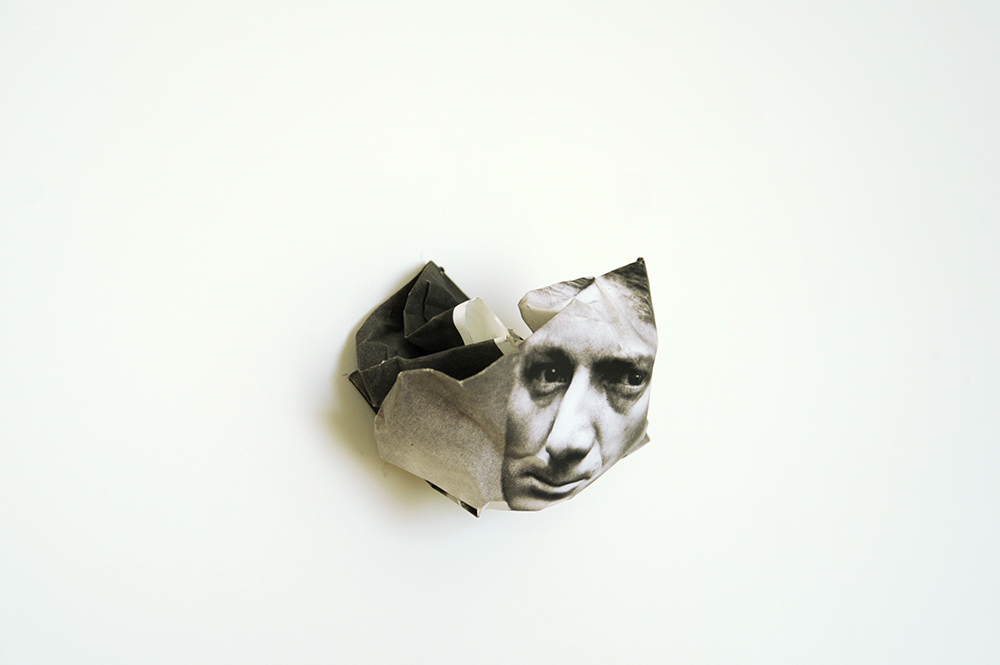 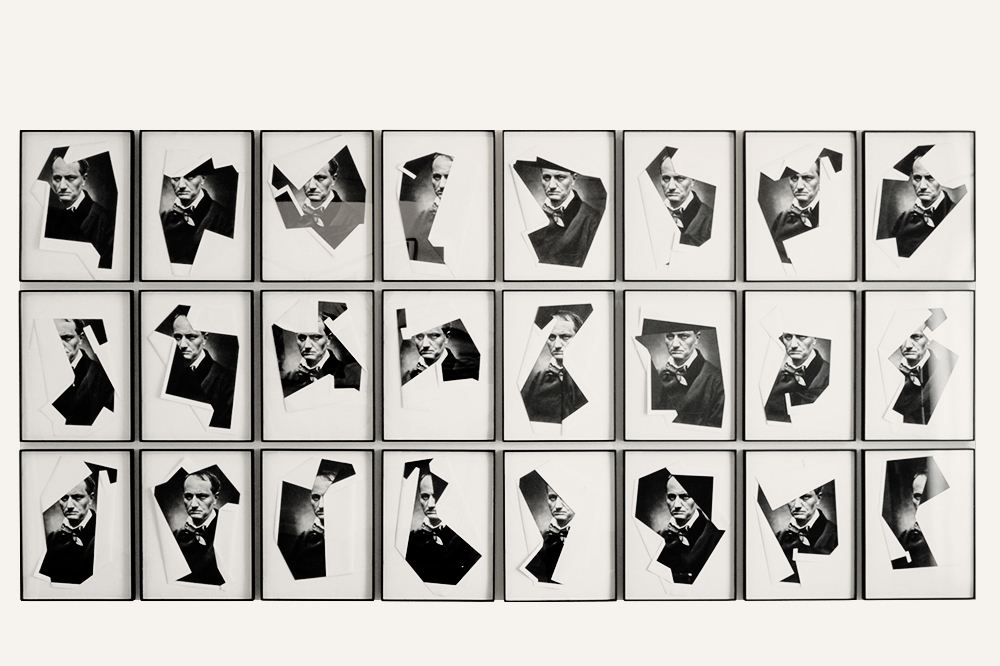 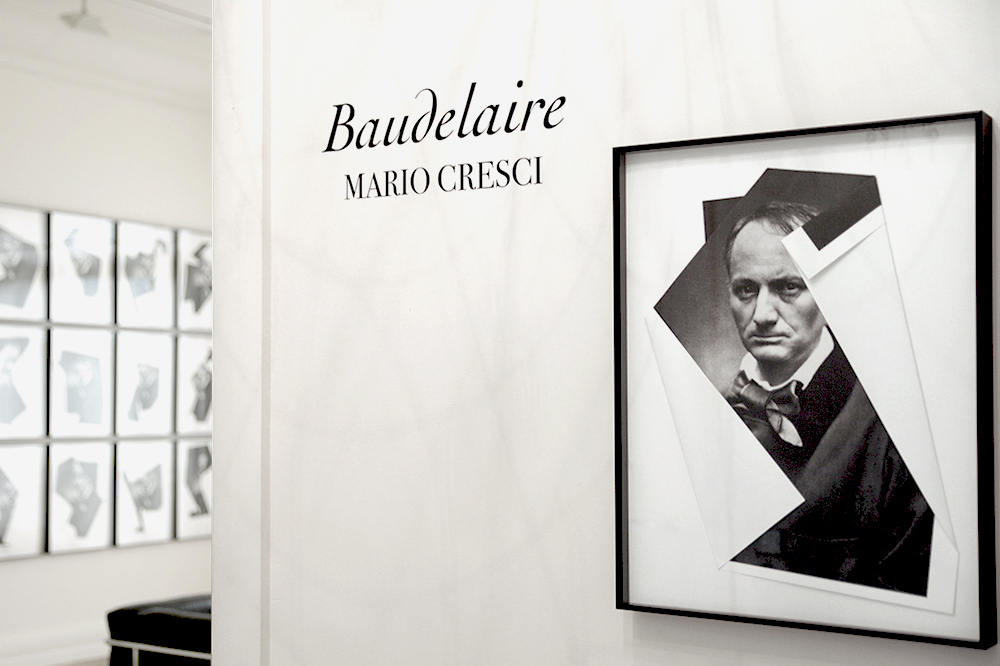 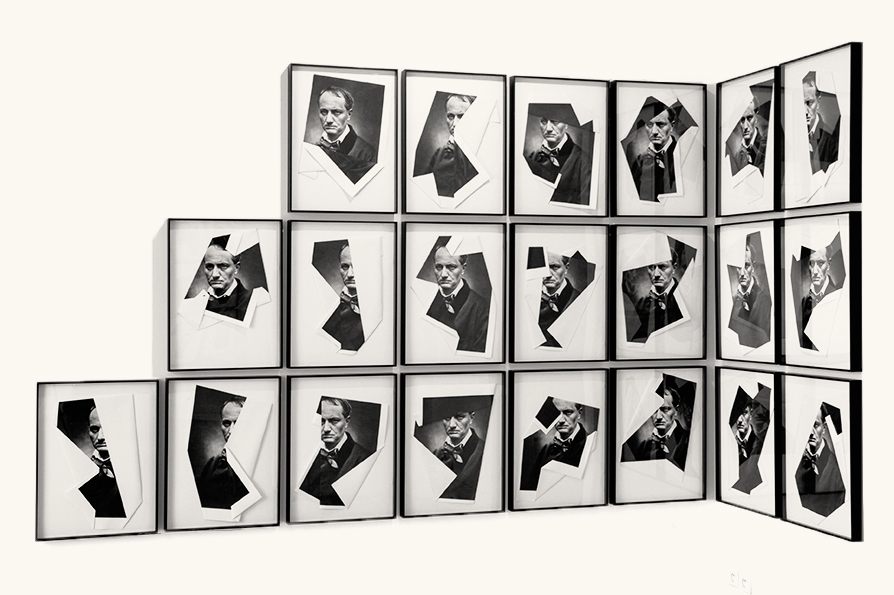 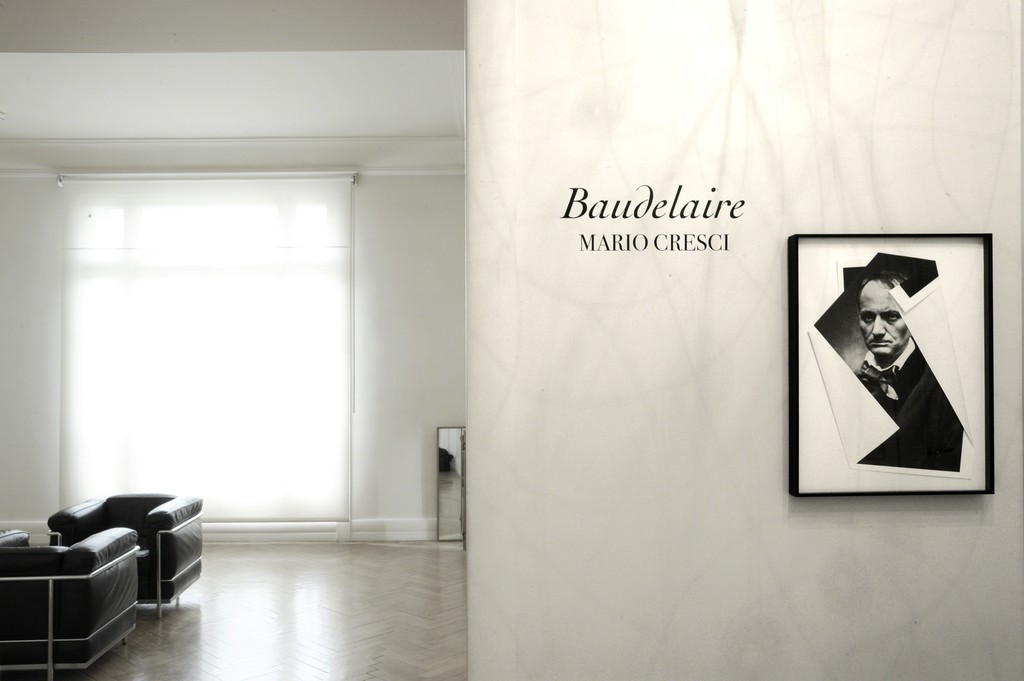 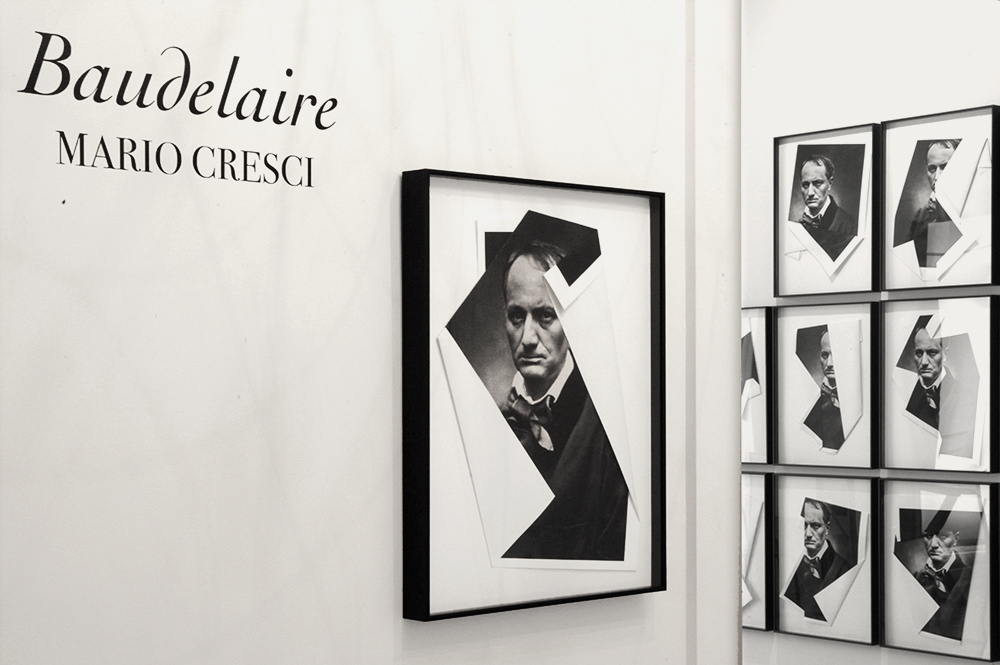 “In the Sixties, I started to think that photography, conceived as one of art’s means of writing, could be freed from the theoretical limits set up by the cultural industry and leave behind the technical constraints linked to printed paper.

The most fascinating research on the image conducted from the last century to the present is not solely due to the innovating specificities of the great photographers but also and particularly to the mix of artistic languages and new processes of production of images that artists and photographers were able to stimulate by confronting their ideas.

In that sense, the dividing line is even fainter between the bi-dimensional character of photography and the physical and performative space of contemporary artistic research.

The Baudelaire series is made up of 46 copies of his portrait taken by Etienne Carjat in 1862 and reproduced from Naomi Rosenblum’s book: A World History of Photography. There are 46 like the number of years in the poet’s life. The print on cotton printing paper is folded by hand in different ways for each copy, enabling me to give it a tangible value that is not conveyed by the photograph. The print becomes volume, object, it enters a perceptual and tactile dimension so that the printed image becomes connected to the folds in the paper.

My general vision for the work was that I wanted to emphasize the relation between the geometrical shapes generated, as in a glove turned inside out, by the folds in the sheet of paper and the white surface area of the back that is connected with the printed part of the front where Baudelaire’s face appears, always different according to the spaces left free by the crossed-over structures of the folds.

In this series are combined the results of amplifying the poet’s intense gaze and his life’s drama, as memory and history of a precursor of 19th century poetry. With the geometries and the tensions of the fragmented spaces, an emblematic and cold abstraction emerges.”