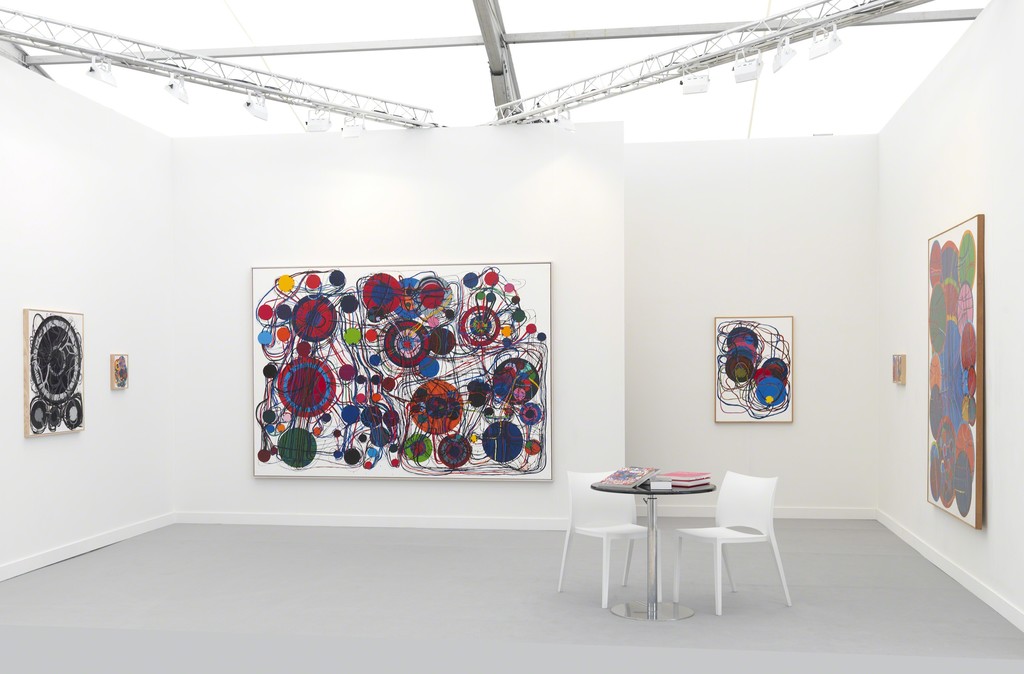 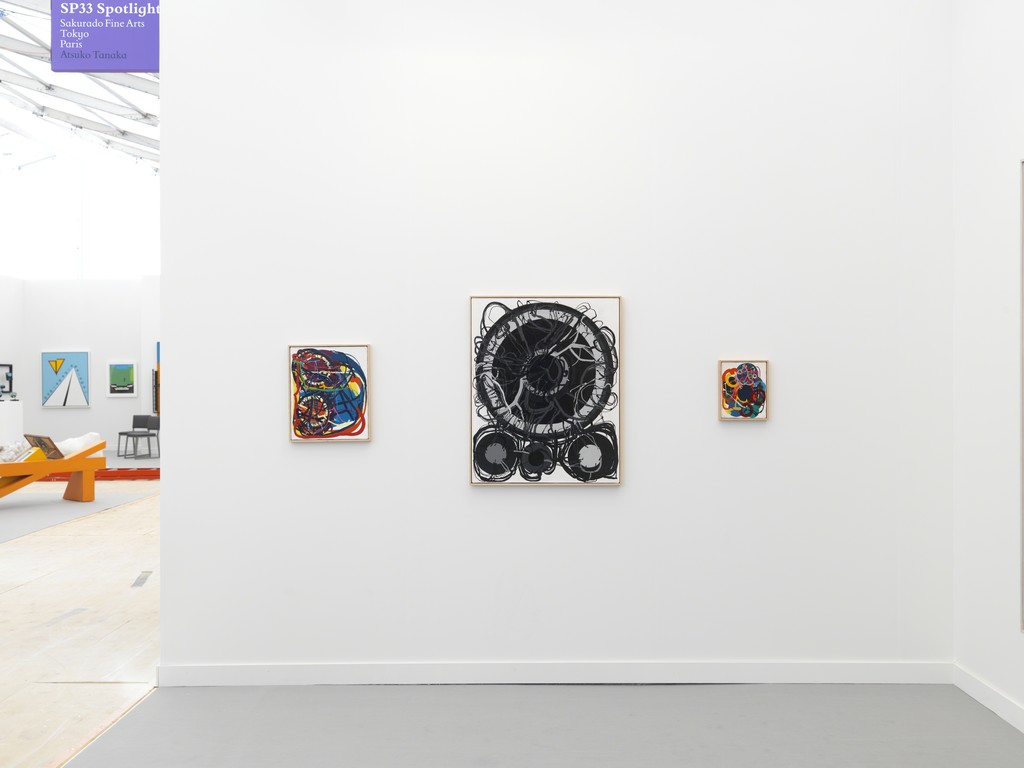 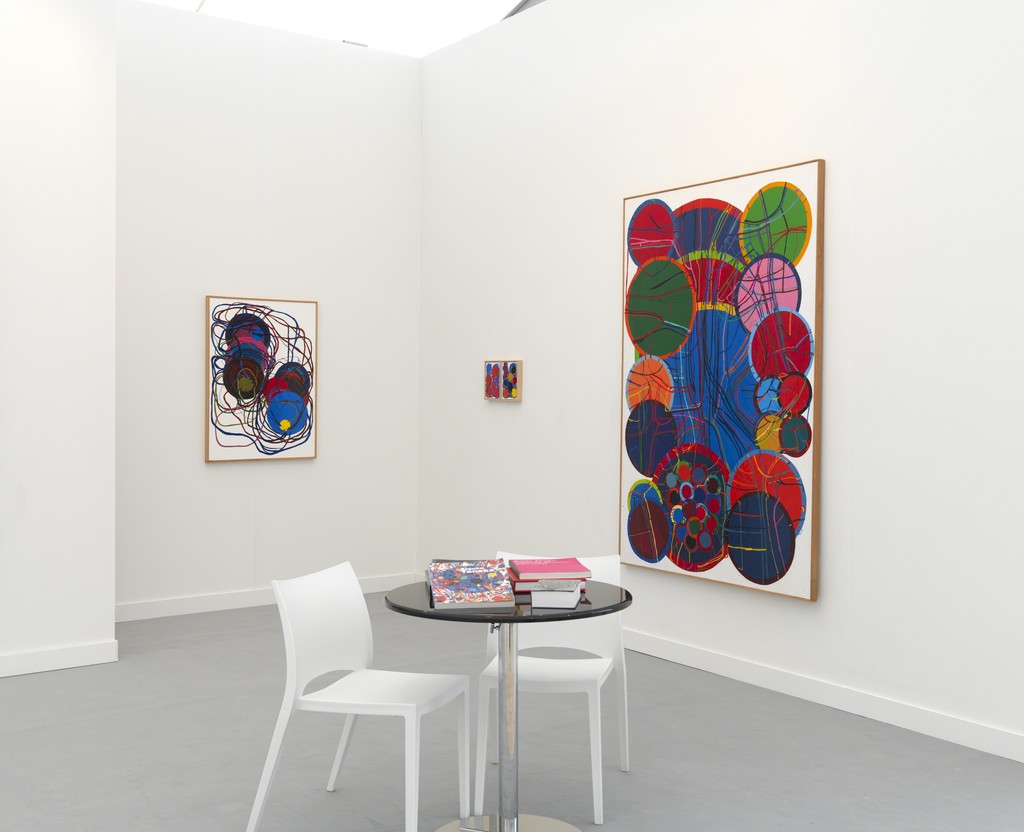 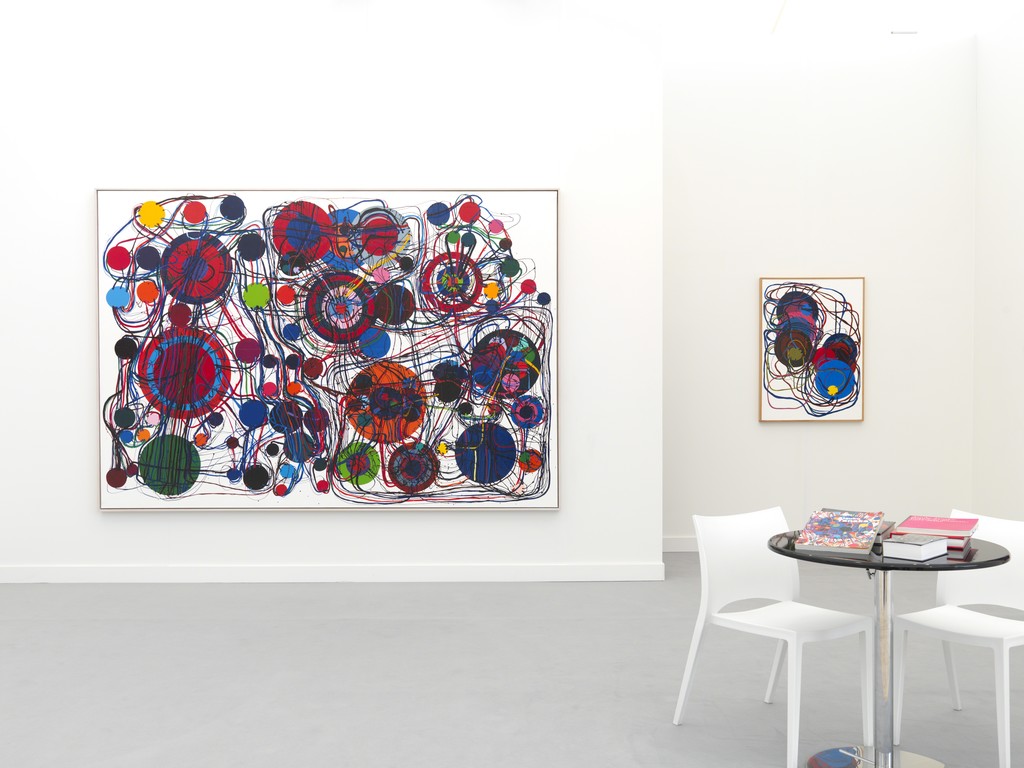 As one of the most prominent members of the postwar Gutai art movement, Atsuko Tanaka examined questions of human physicality and its relationship to the environment, pioneering the use of immaterial elements such as sound, light, and electricity in her works. Beyond the familiar narratives of Postwar art and the Gutai movement, the exhibition will bring together around 20 of her pieces from the early 1970s to 2000s, including paintings and drawings of various scales, and looks closer at the continuity and diversity within Tanaka's expansive output.

Tanaka began her artistic career in the early 1950s, when she made Constructivist-inspired collages using letters and numbers as motifs. Later, from 1955 to 1965 as part of the Gutai Association, she began creating kinetic sculptures out of working light bulbs and bells for experimental performances and installations. She further developed these ideas on canvas, and after the dissolution of Gutai continued producing a series of brightly colored enamel paintings of lines and circles, working on these until her death in 2005. Interwoven lines and circles on canvas, reiterating and reconnecting, reveal the design of a bold yet delicate sense of composition. Reminiscent of intricate circuit diagrams, though retaining clearly human physical traces, these works might call to question the relationship of our bodies to technology in a digital age. As technology's intervention in our everyday lives advances further, the complexity of this relationship also becomes more poignant. What is communicated, in the distilled language of the circle and the line?