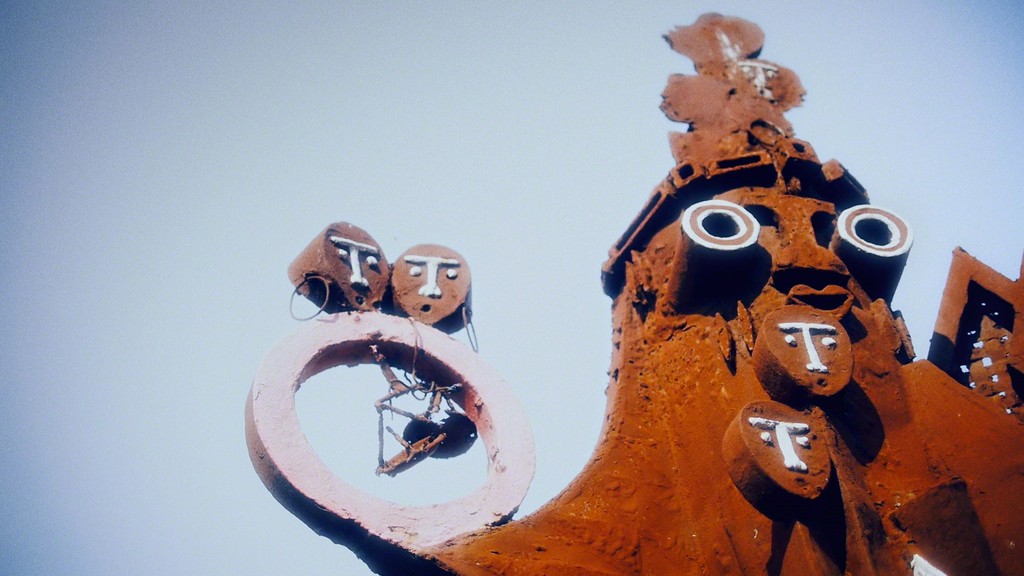 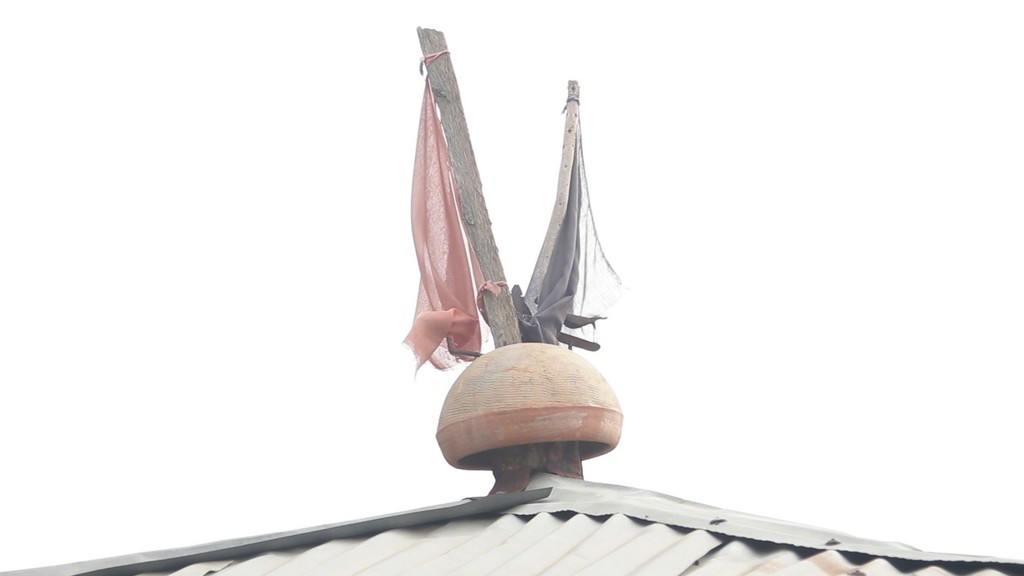 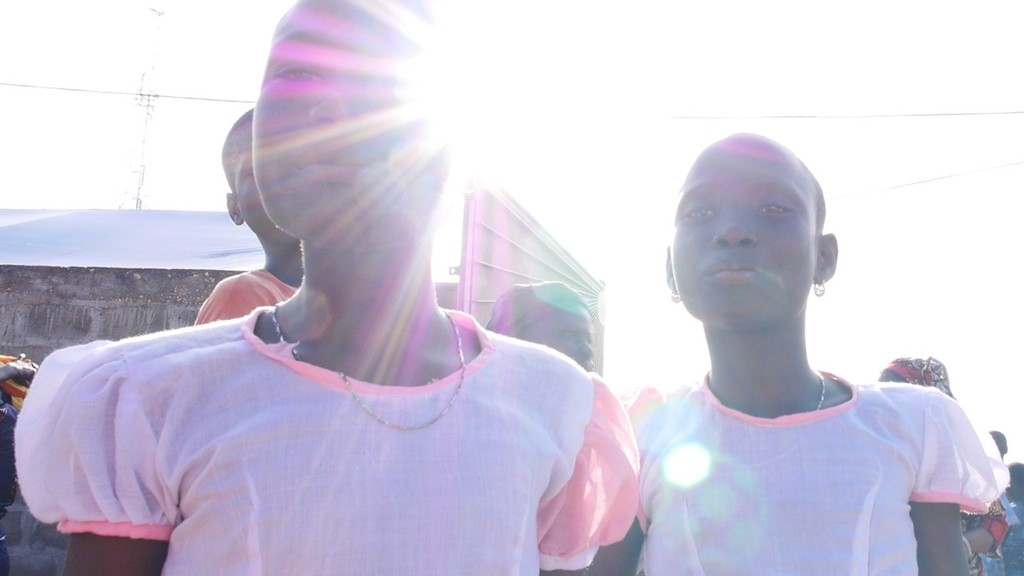 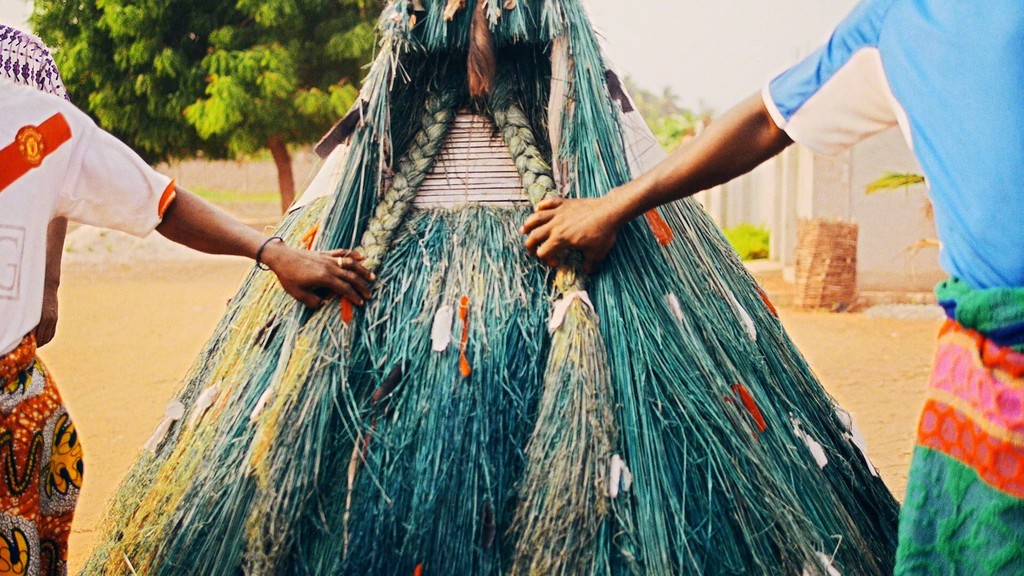 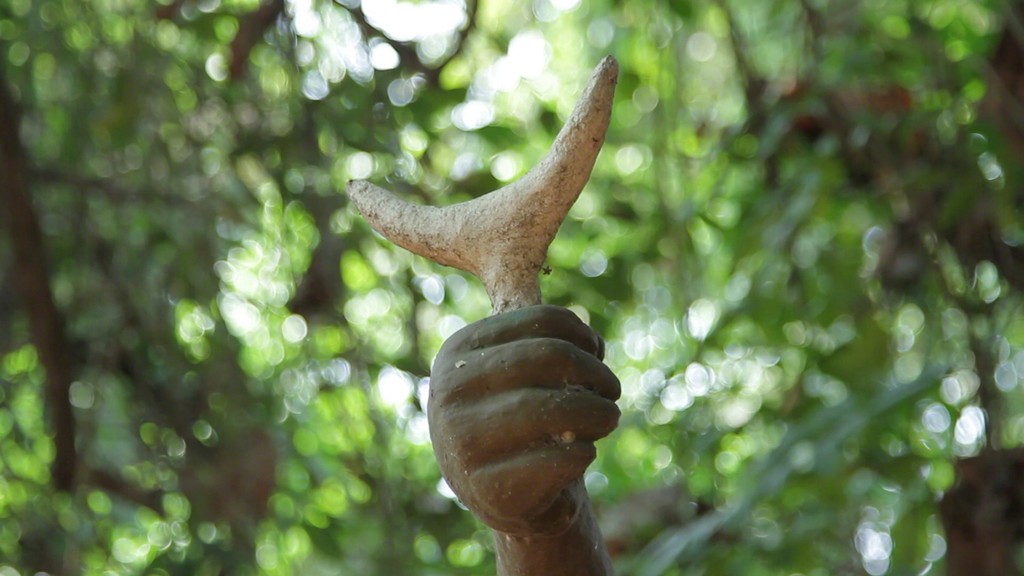 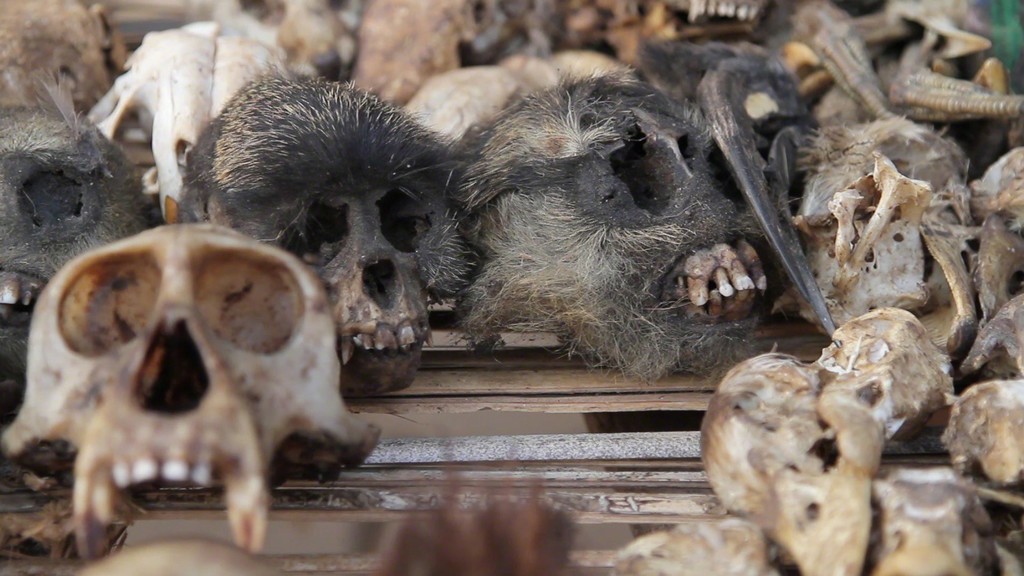 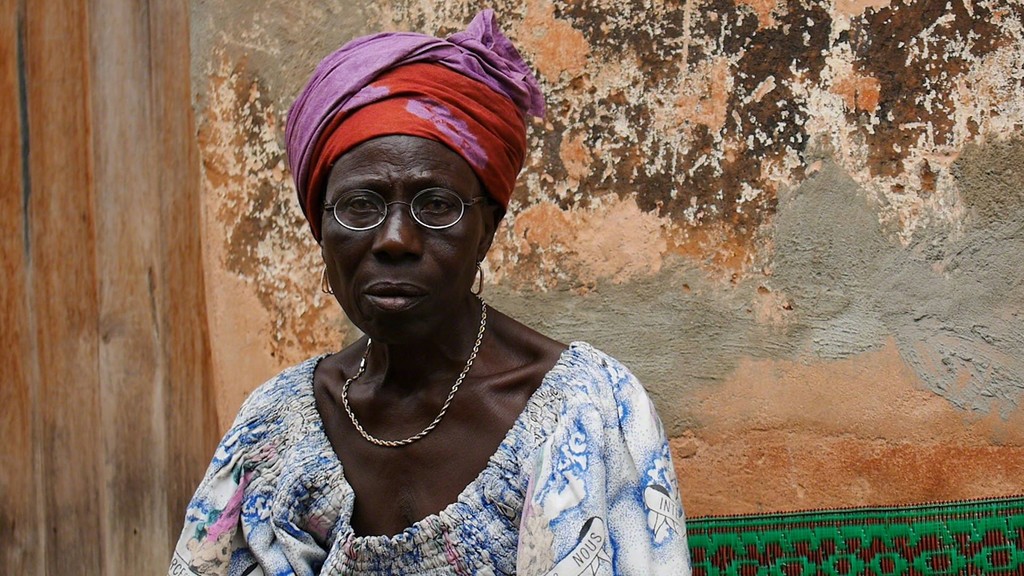 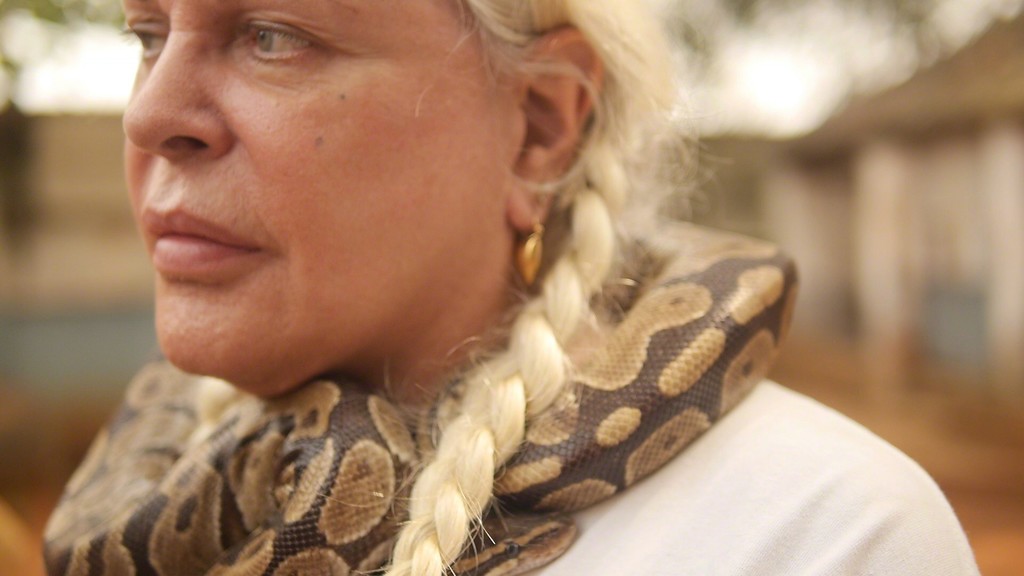 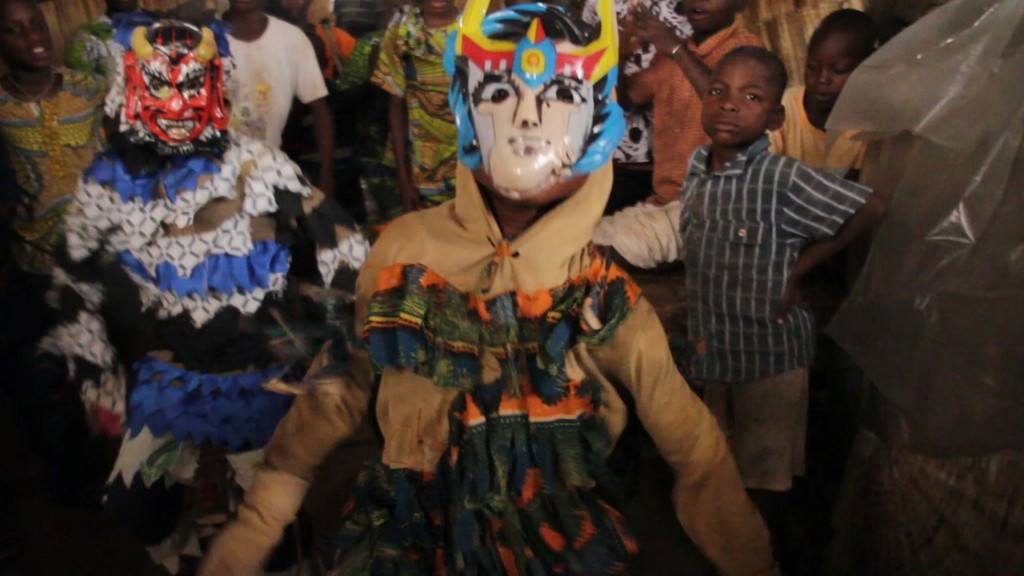 Please join us on Saturday June 24th at 7:30pm for the exclusive screening of Bight of the Twin. This documentary tells the story of cultural engineer Genesis Breyer P-Orridge and the Los Angeles-based artist and filmmaker Hazel Hill McCarthy III‘s journey to Ouidah in Benin to explore the origins of the Vodoun (Voodoo) religion. The screening will be followed by a Q & A session moderated by Liz Warner, host of Alternate Take at Dub Lab.

Transcending assumptions of what it means to be “gendered,” Genesis Breyer P-Orridge and late wife Lady Jaye underwent a series of surgical procedures to become physically identical to one another, seeking to perfect a gender-neutral state through a process they termed Pandrogyny. In 2007, Jaye unexpectedly died of cancer. Genesis has maintained the concept of the Pandrogyne and continues to self-reference in the plural (“we”) and uses the self-prescribed gender neutral “s/he”, “h/er”. As Genesis puts it, since Lady Jaye “dropped h/er body” s/he is the half of the Pandrogyne in the immaterial world, with Genesis being the half in the material world, still connected making, a whole.

This path is both a brutal and loving one for Genesis, and s/he is constantly battling the hardship, grief, and pitfalls of devoting one’s life to art and love in such a drastic way. Hazel Hill McCarthy III, longtime friend and collaborator, in hopes of keeping Genesis positive and active, suggests a trip to Ouidah, Benin, the birthplace of Vodoun, to work on a project together exploring the relationship between Vodoun and Western performance art. Upon their arrival they discover a radical connection between Genesis’ life and artistic practice, and one of the world’s oldest religions.

Benin has the highest national average of twins per birth in the world, so it is not surprising that twins carry a sacred meaning. Twins there are venerated as Gods. As we learn through the film’s many twin stories, when one twin passes away, the living twin remembers its spirit by carrying around a small, carved replica of their dead brother or sister, called a Jumeaux – a colloquialism of the French word, jumeau, meaning twin. In Benin, it is never said that a twin dies; rather it is said that they have gone to the forest to look for wood.

Beginning as an investigation, the nature of the project changes drastically when Genesis is serendipitously initiated into the “Twin Fetish”—a ritual in which there is an activation of a dead twin’s spirit in order to allow for the living one to remain connected with the one who has passed; a merging back to a whole. Genesis, through this ancient religion, sees a way to reconnect with the spirit of h/er deceased wife, and dives in. As the film progresses, we begin to see the link between Pandgrogyny and the “Twin Fetish”.

Ultimately, during shooting the nature of the film changed from simply being a catalyst for audiences to gain a wider understanding and acceptance of Vodoun, to being itself, Vodoun—an object that has been activated by creation.

The soundtrack for the film, by Douglas J McCarthy and Cyrus Rex (Black Line), creates an audio and lyrical topography using a variety of modular synths, effects, and field recordings. Color by Asa Fox. Sound by Ken “Hiwatt” Marshall.

Liz Warner-Having logged in thousands of hours of freeform radio, starting at WDET in Detroit and now on Los Angeles underground transmitter dublab, Liz Warner (AKA Liz Copeland) often considers the airwaves a bit of a second home, even a state of mind.Liz has a long history of interviewing both established and emerging artists of many forms – including musical, performance and visual, authors, filmmakers and more – for not only radio but for print and in panels and public forums. Noted conversations include Mike Banks (Underground Resistance), Hans-Joachim Roedelius, Matthew Dear, Robin Guthrie (Cocteau Twins), Kim Fowley, Andrew Weatherall, Alice Coltrane, and the list goes on. It’s those unique moments of interaction where new connections and inspirations are discovered for participants and listeners alike.