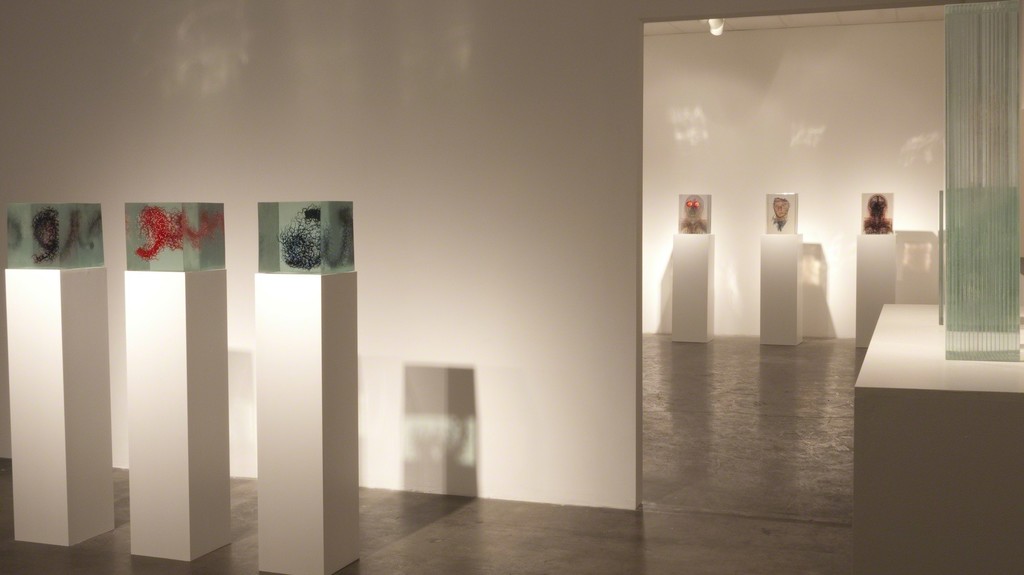 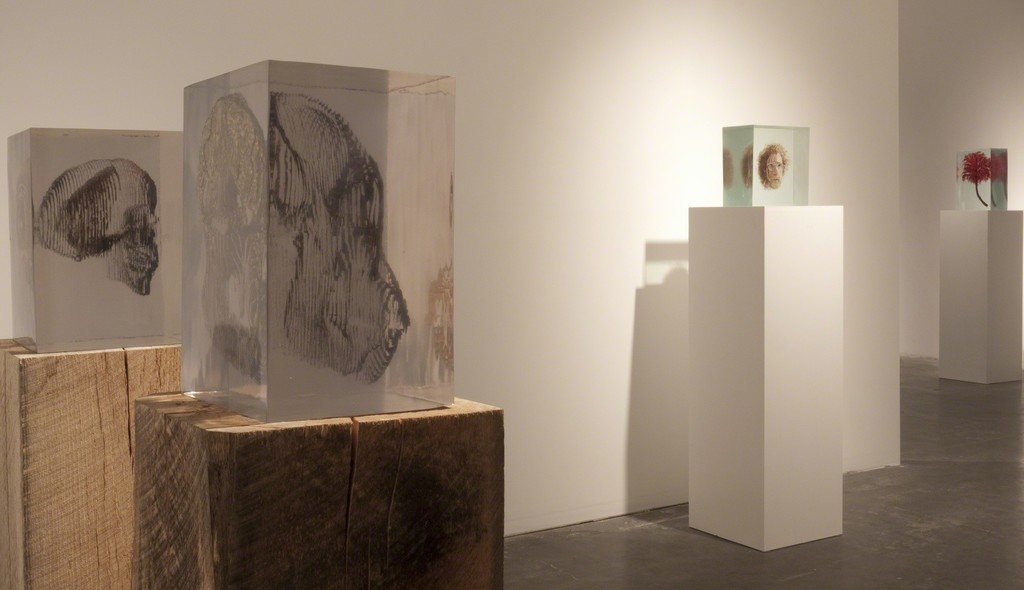 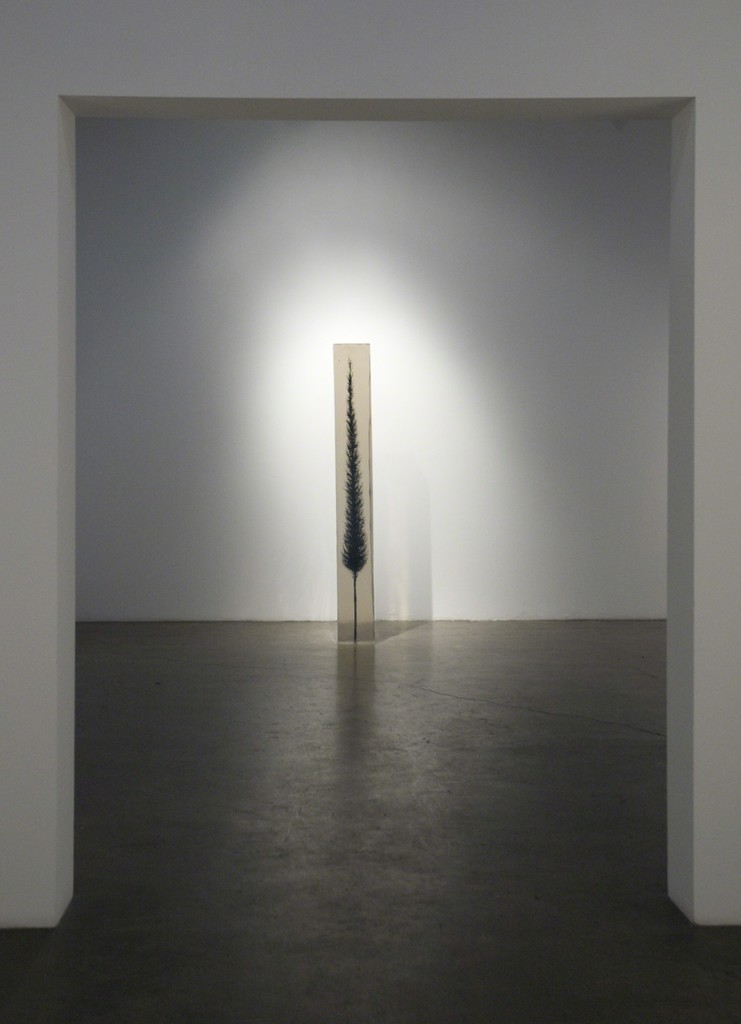 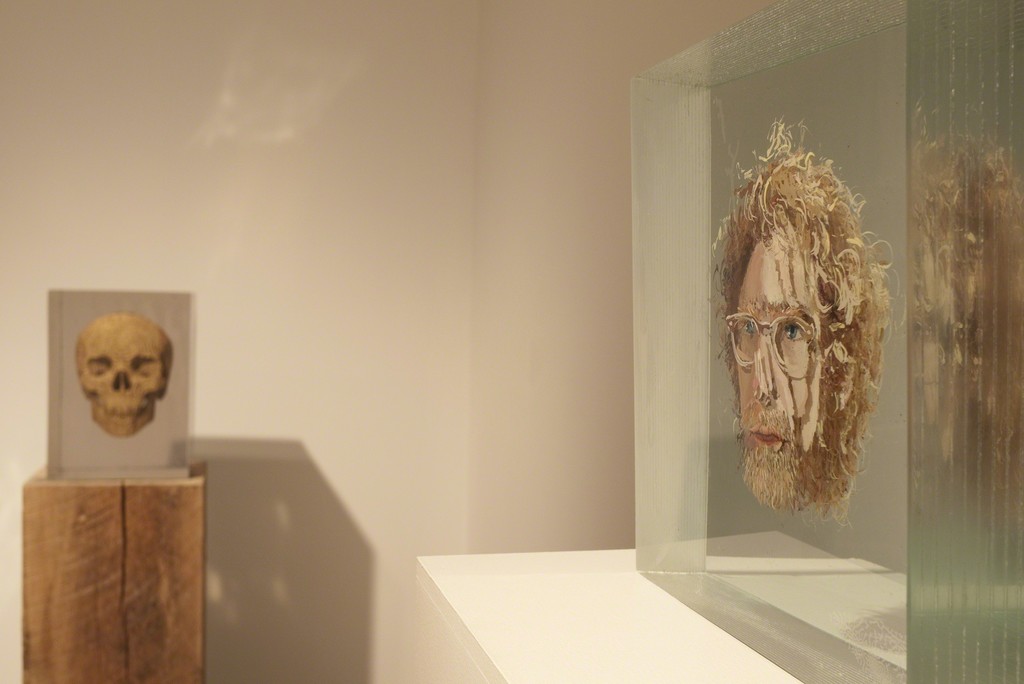 Dustin Yellin’s new sculptures branch out and twist expectations, in his second solo exhibition at Samuel Freeman. Yellin draws upon the complexities of organic specimens, splicing and layering intricate biological and anatomical creations, real and invented. Each encapsulated entity comments on the “natural” landscape, genetic experimentation, color and form. Yellin’s detailed auto-stereoscopic volumes are caught in layers of resin or glass and playfully alter the composition of perception. The crux of Yellin’s sculpture is a contradiction: the objects clearly in front of you don’t exist in either space or nature. There is no tree, no skull, no branch, no bone. There is no denying the intricate twists of color, and what you see may not look like any living thing you’ve seen before, but each object is entirely an intelligent design by this talented artist from Brooklyn.

Making its debut is a suite of collage-based dimensional sculptures. These new works build upon the established technique of layered drawing that Yellin is known for. Each piece encapsulates a more narrative dimension, layer upon layer of pictorial space bearing an absent context, each segment of collaged imagery selected to build a new story within the glass.
On March 20th, Samuel Freeman will unveil a new evolutionary branch in the main gallery, full figured vascular displays in the chapel, and a room of oddities and curiosities, small objects of wonder and desire. In total, we give over the gallery to a vivisectionists garden of eden.