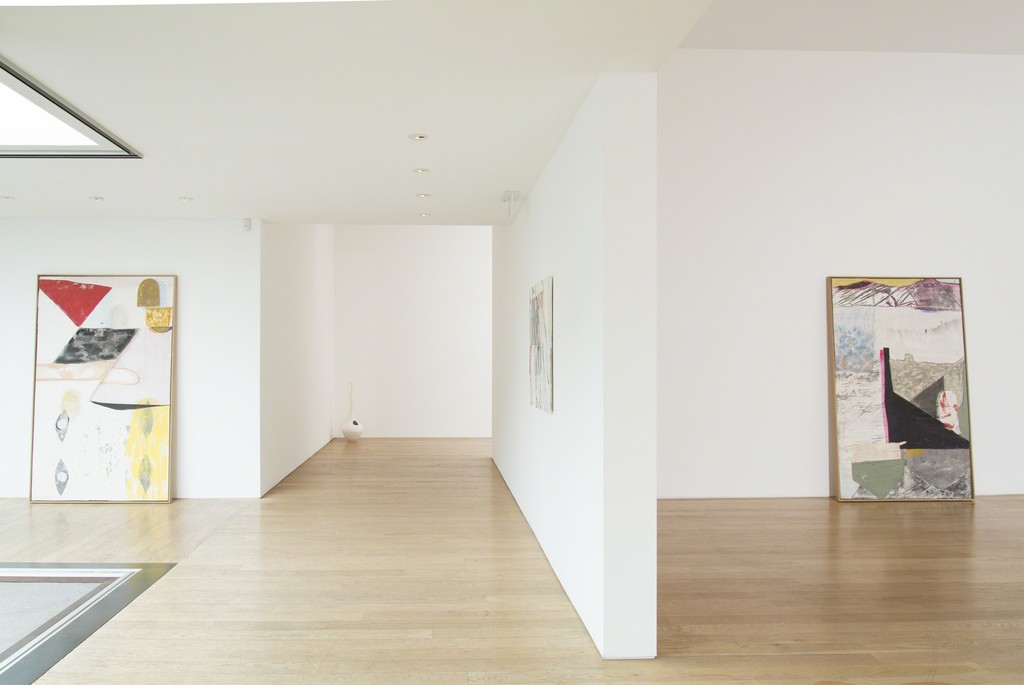 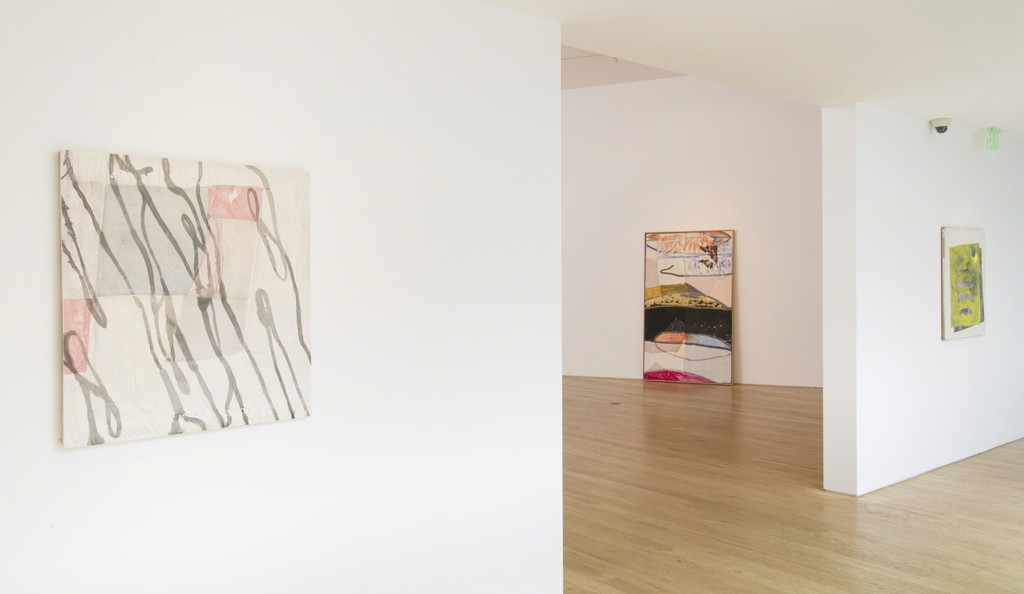 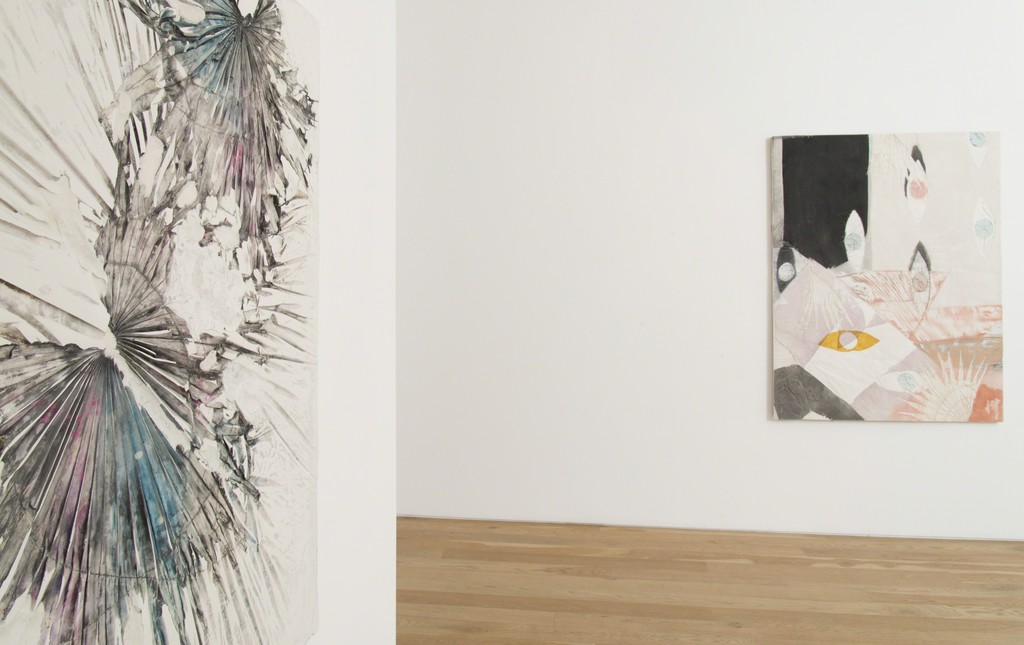 Samuel Freeman is pleased to present "Relief," Erin Morrison’s debut solo exhibition. Working with plaster, paint, and fabric, Morrison creates highly tactile surfaces that exist somewhere between painting and sculpture—as relief. By paying homage to tradition while respecting physical and cultural materials, the work permits a broader audience than one within the contemporary institutional framework.

Each piece begins with a unique handmade quilt, sewn from fabrics selected for surface texture and ability to transfer colour. These intentionally modest abstractions are used to form a plaster cast over a stretched burlap frame. The quilt is peeled away when the plaster has set, leaving behind a low-relief topography of colour and form, shredding the source material in the process. This shallow plaster surface becomes Morrison’s “blank canvas,” rich with implicit meaning before even a single brushstroke is applied. The final painted marks—abstract forms, language fragments, and figurative elements—are equally oblique references to Terry Winters, Paul Klee, and Grecian archaeology.

Through the use of the quilt, each work arises from an historically complex ground. Influenced by the German textile designs of Annie Albers, Gunta Stolz, and Sonia Delauney, as well as the geometric improvisations from Gee’s Bend, Alabama, Erin Morrison takes abstract patterns and imagery to produce an aesthetic language stripped of literal meaning yet complexly referential in placement. By decoupling her referents from their context, the work is relieved of historical burden—as craft, domesticity, utility—and in doing so, revels in the nuance of source and final form.