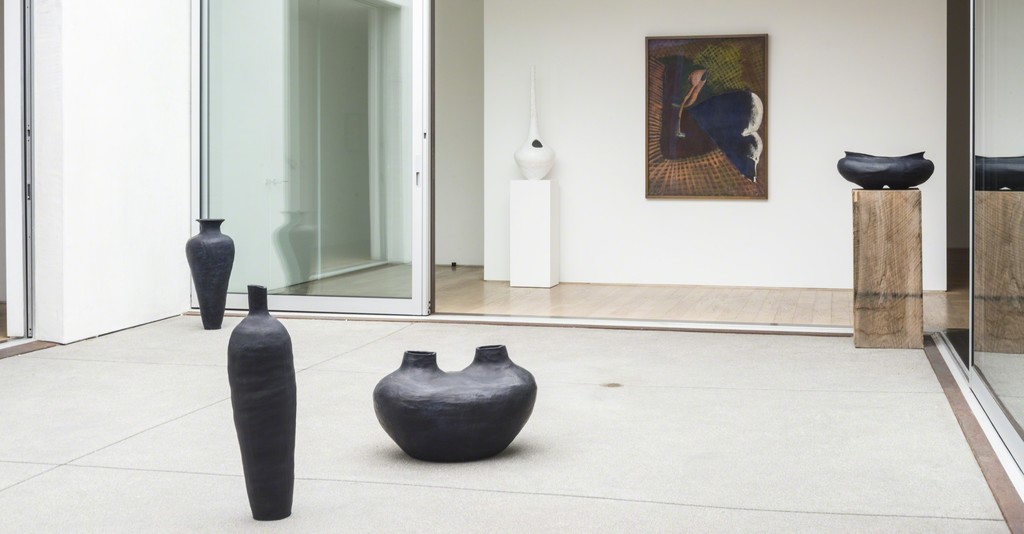 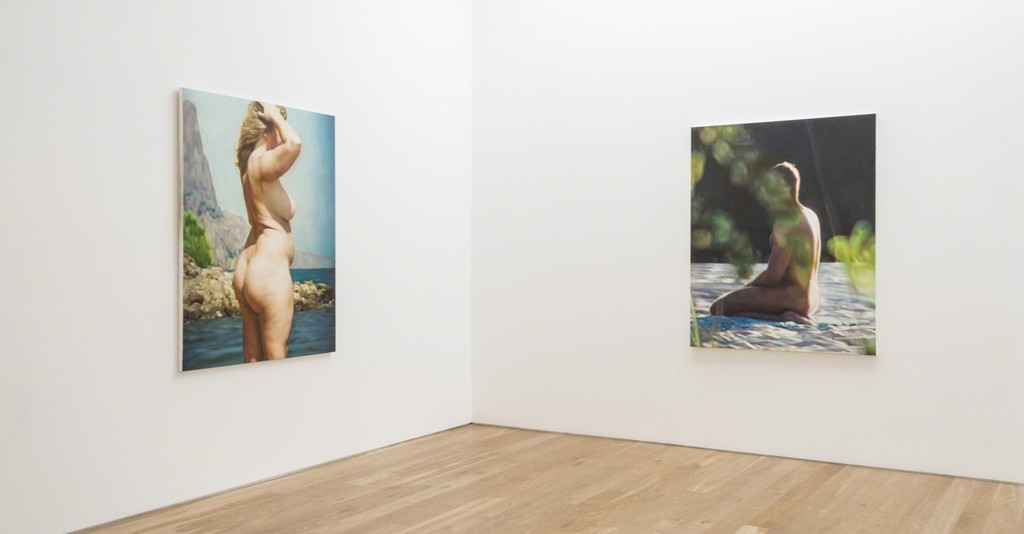 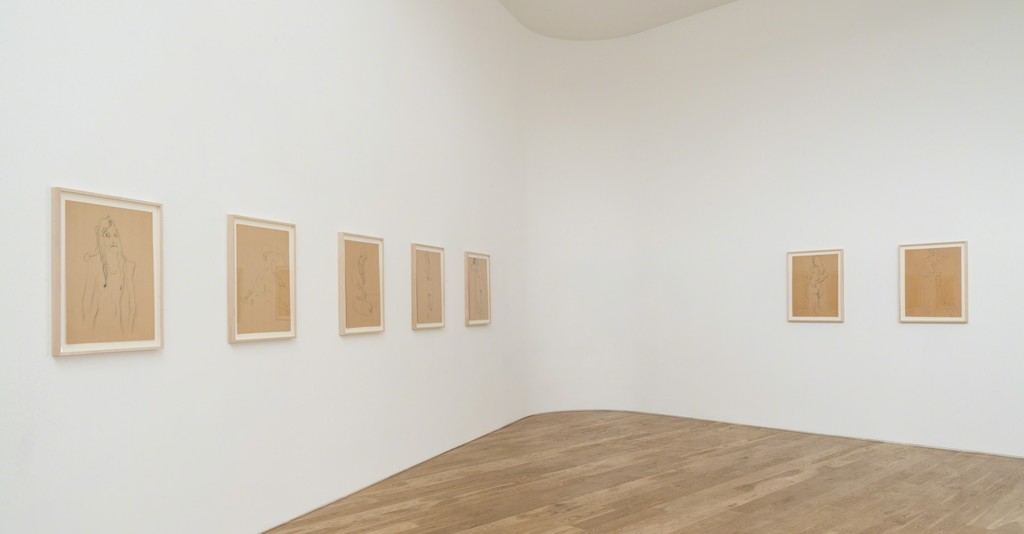 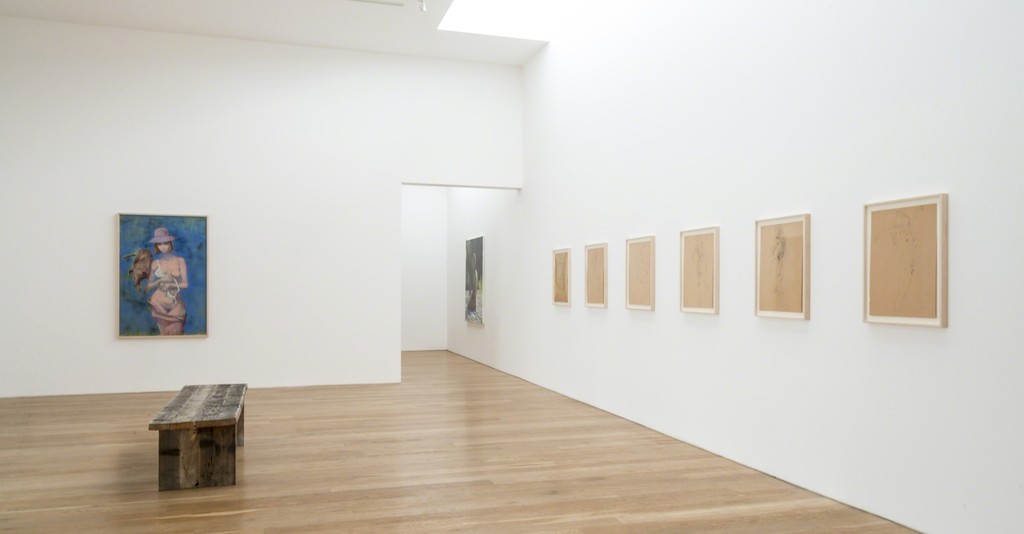 JOHN ALTOON, "LIFE DRAWINGS"
Samuel Freeman is extremely fortunate to present a suite of seventeen life drawings by John Altoon from the mid-1960’s. During his lifetime, Altoon primarily drew with ink or graphite, rapidly and with an ease and confidence that astounded his contemporaries. In 1964 Walter Hopps became the director of the Pasadena Art Museum, and hired John Altoon to teach life drawing classes in the education program led by Gwenda Davies. The seventeen drawings gathered for this exhibition were collected by Ms. Davies from those classes, some signed, some drawn on both sides of the paper. They were drawn quickly, but with an unhurried line, revealing Altoon’s ability to capture the weight and poise of a model. They are stripped bare, without ornamentation or outside reference. These drawings come before conscious narrative or social commentary, revealing an intimate look at John Altoon’s most fundamental skill: figure drawing.

John Altoon was a central figure in the Ferus Gallery, a larger-than-life linchpin of the burgeoning Los Angeles art world, a figure who exemplified what an artist should be. Peter Plagens said that Altoon “could make Gorky look clumsy” and Monte Factor described him as “a marvelous human being who occasionally scared the shit out of everybody.” John Altoon holds a special place in the collections around Southern California, representing a lost genius with a deeply personal impact on the artists of this coast. In June 2014 the Los Angeles County Museum of Art will mount a retrospective of his work, curated by Carol Eliel. John Altoon died in 1969 of heart failure.

PHIL BOWER, "NUDES"
Los Angeles based artist Phil Bower’s first solo show with Samuel Freeman presents the continuation of a series of paintings based strictly on candid photographs of nudists. His paintings depict real people in real landscapes, not staged presentations. In truth these nudists are captured in a rare moment for a human being… engaged in a utopian lifestyle, au naturel in a Garden of Eden, without any judgement or hang-ups. They are unaware of the opportunists lurking behind bushes and on cliff tops, or lazing beside them with cameras secreted away under a towel or blanket. It is through this voyeurism and perversion that Bower receives his source material, but by painting his subjects without irony, in full embrace of the contexts and glories of nude figures in art history, the artist subverts the exploitation of the nudists and returns the subject matter to a higher plane… hopefully equal in spirit to the figures depicted.

Images are culled from websites that broadcast voyeur videos from Europe, Asia, Africa and the USA of nudists caught lounging and frolicking on expansive beaches, or sneaking into nearby forests for intimate encounters. The artist produces a digital photograph from a screen grab of a purchased video to serve as a “model” for the paintings. The source videos are often poor in quality, shot in a guerrilla style from vantages behind foliage or from odd angles. This is to Bower’s advantage as he makes use of the nebulous, low-resolution blurs and pixilation; translating the information into highly realized works of art that carve out territory in contemporary painting by uniquely blending photorealistic techniques with an intuitive and exploratory palette that is rife with startling glazes and metallic colors.

ERIN MORRISON, "VESSELS"
Erin Morrison’s ceramic vessels began as an attempt to follow the footsteps of Gauguin, who formed a number of ceramic containers which seem to hover on the border of utilitarian and decorative. Constructed in parallel with her paintings, using many of the same shapes, an absurd collection was born, and from this absurdity further new work emerges.

At some visceral level, ceramic vessels are objects of antiquity, they protect and contain. In Morrison’s studio, the recent UCLA graduate continues the tradition of questioning utility, probing for the limits of definition when a vessel cannot contain, or when ornamental value exceeds utilitarian capacity, looking for identity and inspiration which are then fed back into her other media.