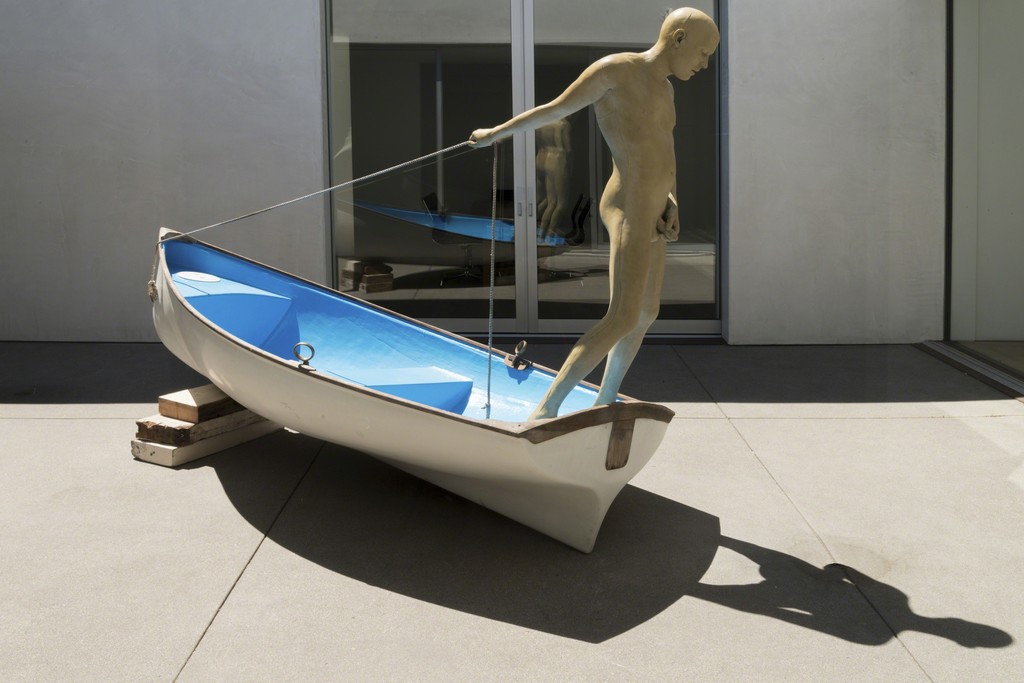 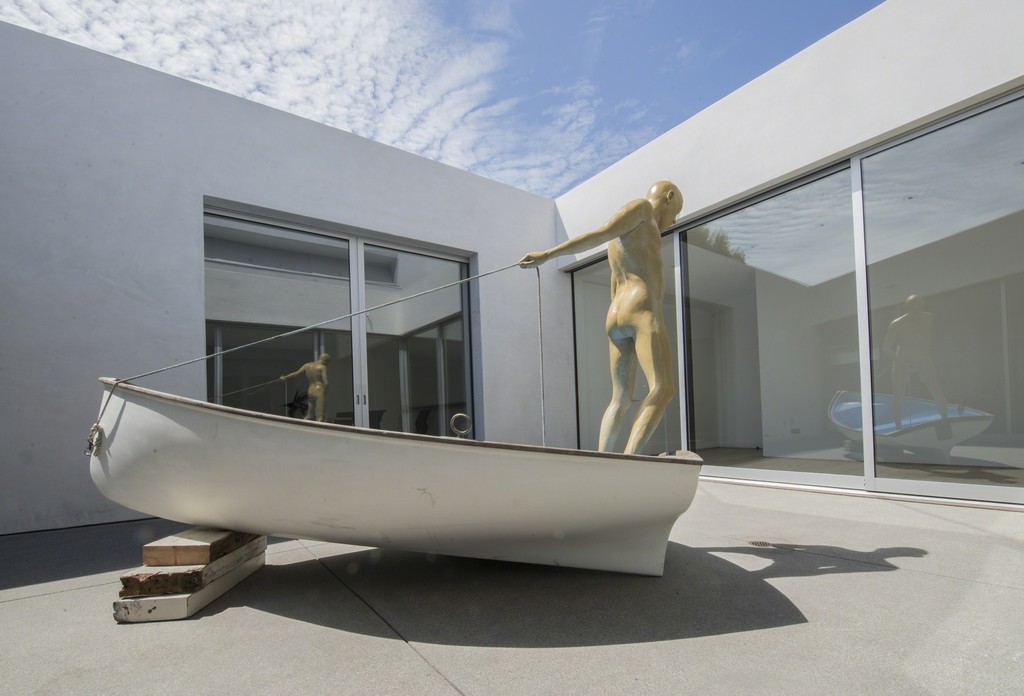 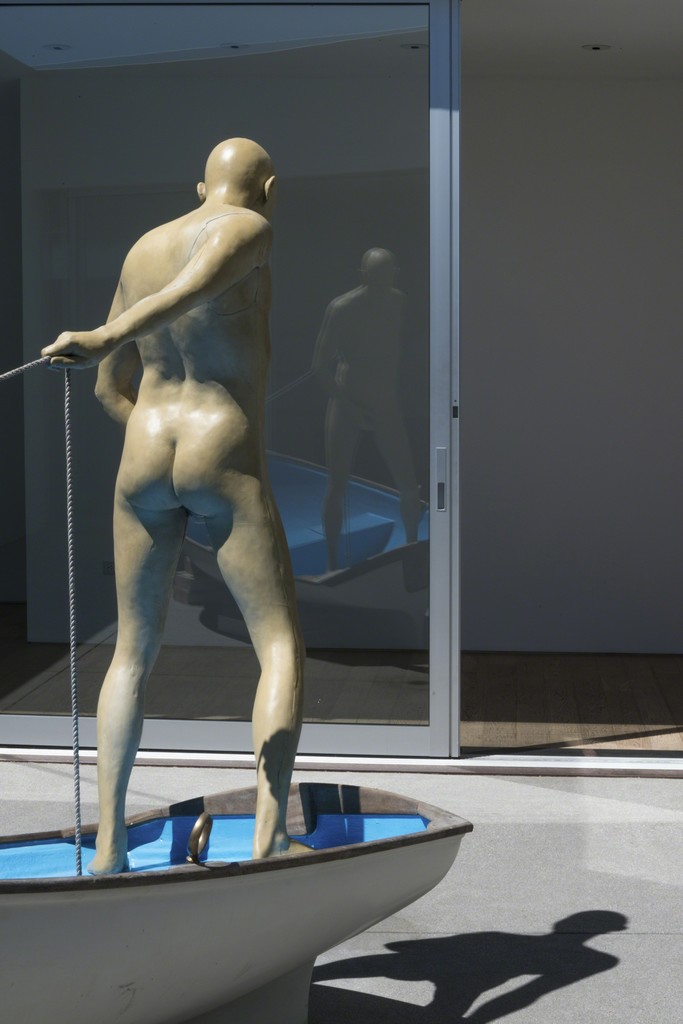 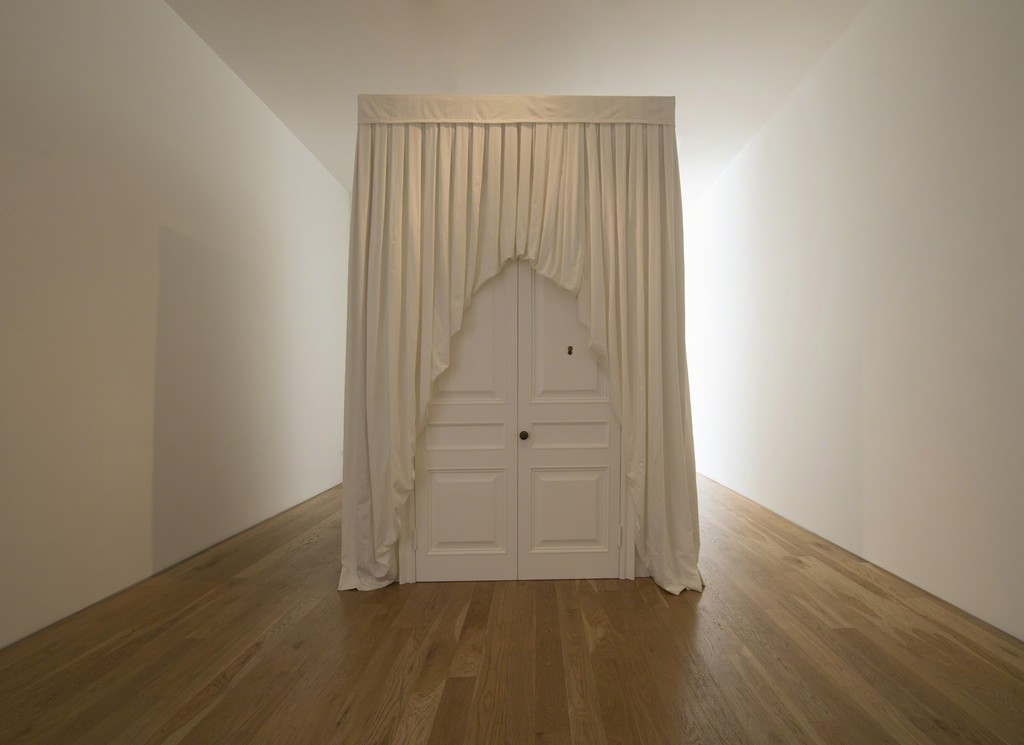 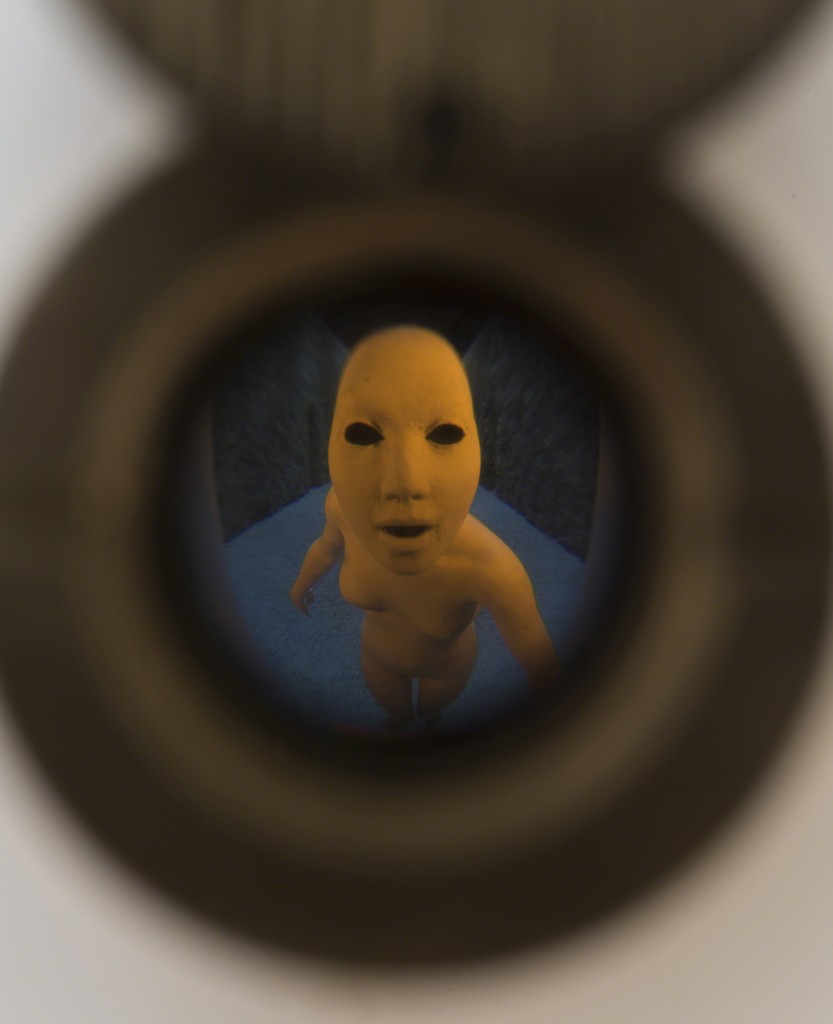 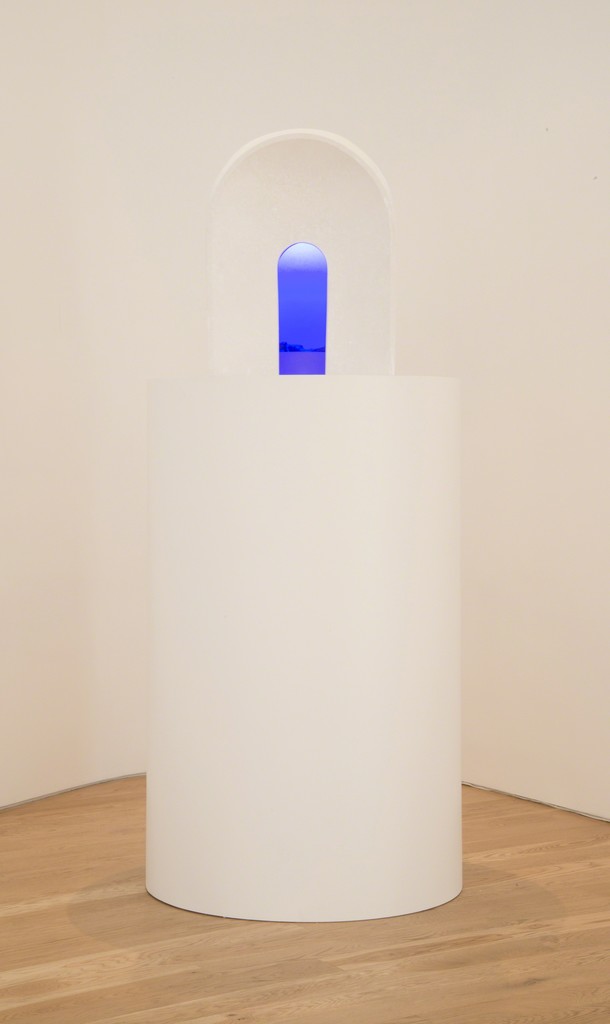 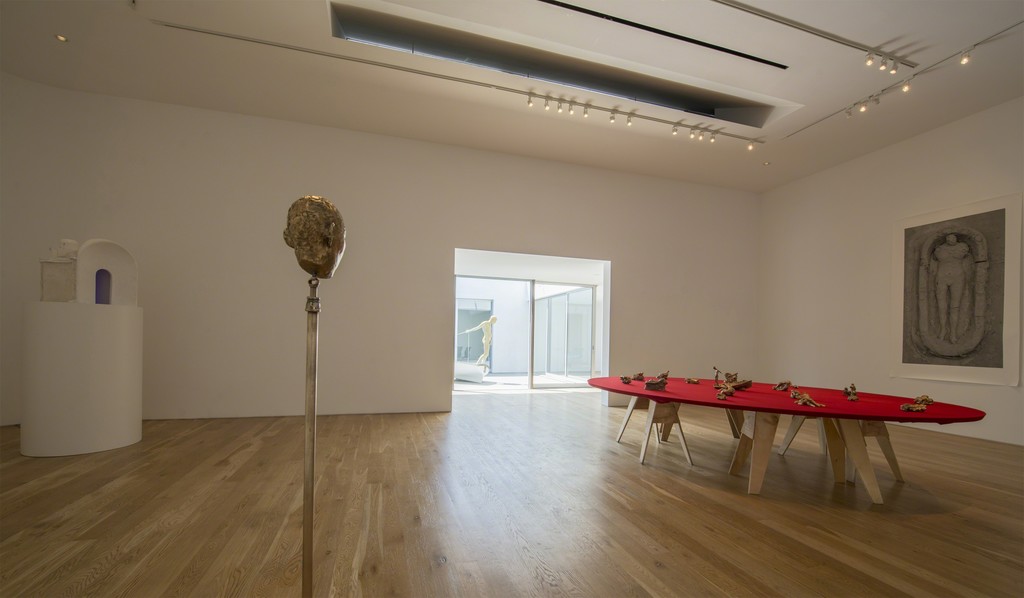 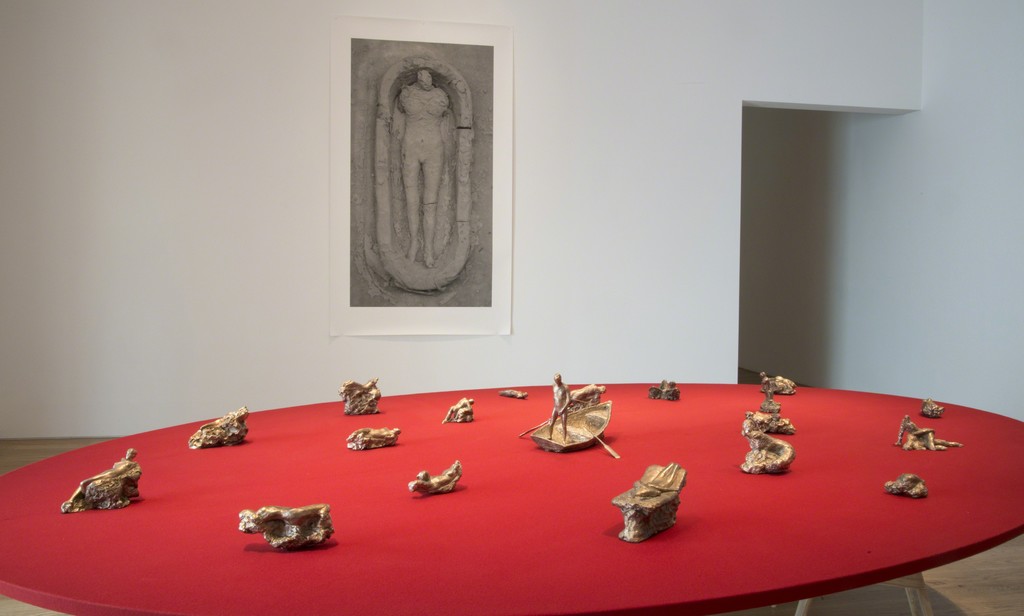 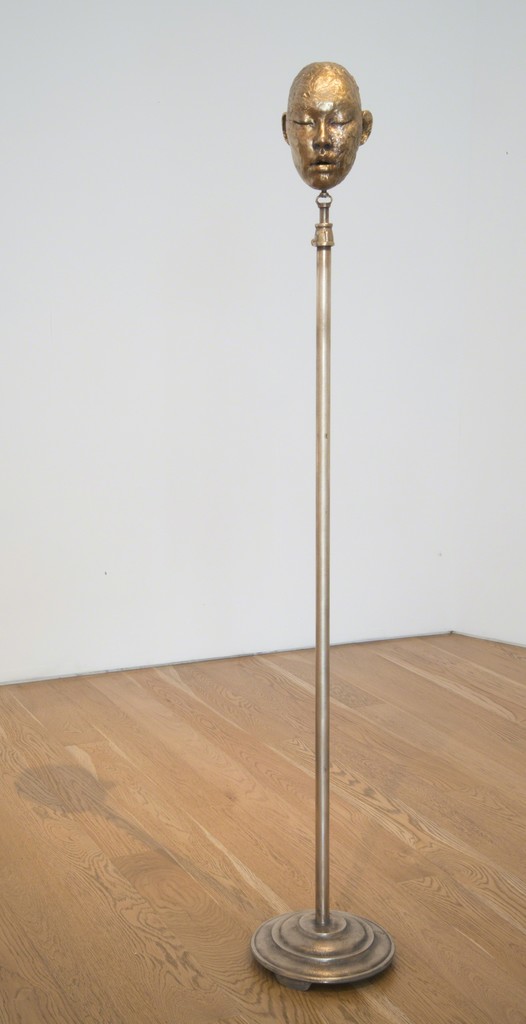 Samuel Freeman is pleased to announce "Scenes," a groundbreaking exhibition of work by Kristian Burford. The artist will present for the first time three discrete scenes staged concurrently in one venue, accompanied by a suite of small bronzes which serve as precursors to the larger works. Each scene is a single self-contained sculpture, exhibited together to create an immersive and deeply affecting psychological environment for the viewer.

"She is flooded with light,
He is saturated with liquid – and we are inundated,
We are plagued with — and thrilled by — the uncertainty and chaos of our nature.
Always the primal fantasy of becoming the world again, of surrendering to it as to death, of relinquishing control to things more real than God.
What did Pollock say, “I am nature” the boatman’s drip paintings dissipate in the water. He is nature."
-Kristian

Kristian Burford’s "Returned Daughter" situates the viewer as the parent of an estranged daughter, thrust into the role at the exact moment when the wayward child returns home, evidently in a state of high emotion. Her expression is ambiguous, indistinguishable between distress and excitement. The resulting friction is unnerving, presenting a storyline that cannot be resolved. Has she been assaulted and is returning home to seek sanctuary, or do the deep shadows behind her conceal more sinister intentions?

Installed in the gallery courtyard, a small boat rests improbably on the concrete floor, cocked up at an angle by the weight of a standing man urinating over the rail. This normally private act is on full display, frozen and proffered, carefully held at a distance through the permanent closure of the glass doors. Both inside but outside, the figure becomes more and less than a man; he is a specimen on display and a metaphor for primal urges. Always kept at a distance, the audience becomes a group voyeur, where images of peep shows and zoological dioramas combine.

Resting atop a circular plinth calculated to show a reclining figure just beyond reach, Light Bath evokes a funereal air lit with a glow of the supernatural. A scaled-down figure lies within a bed of light in the center of a chapel-like structure, but she might as well be laid upon an altar, or perhaps sinking into a pool. The initial feel of spirituality and ascension is eroded from below, and it is the viewer’s doubting presence that corrodes the scene; in this piece it is the viewer who is the whisper in the darkness.