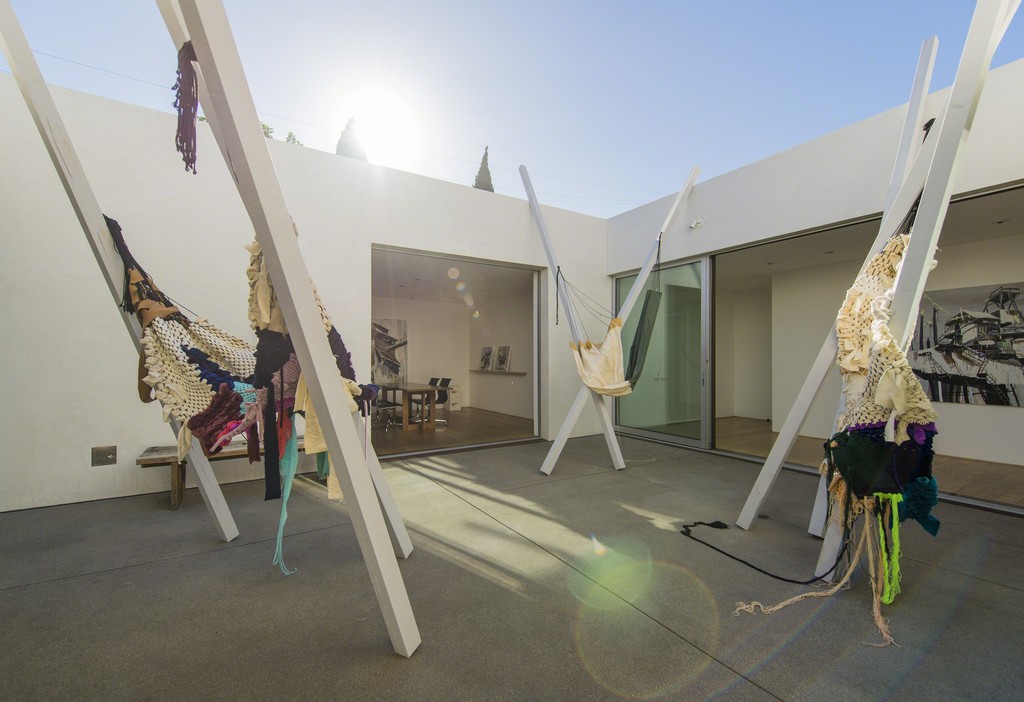 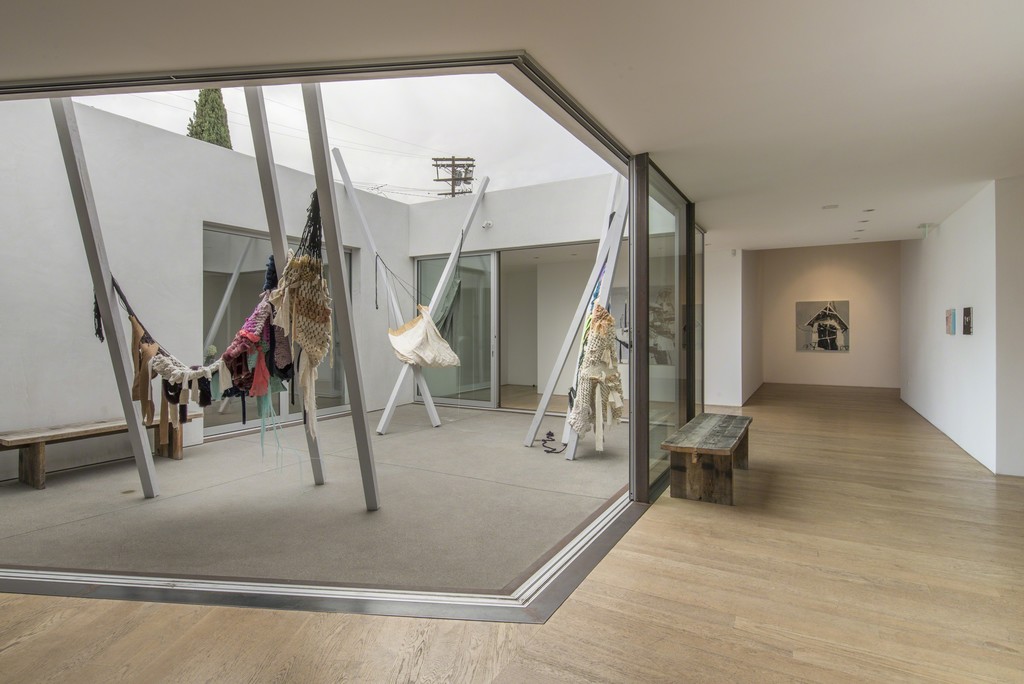 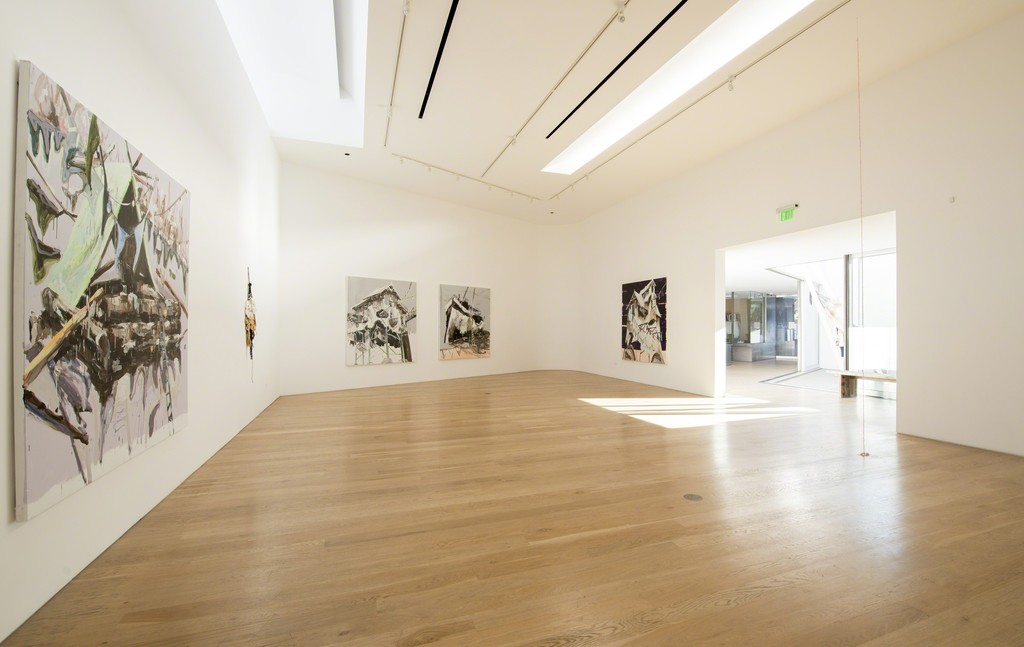 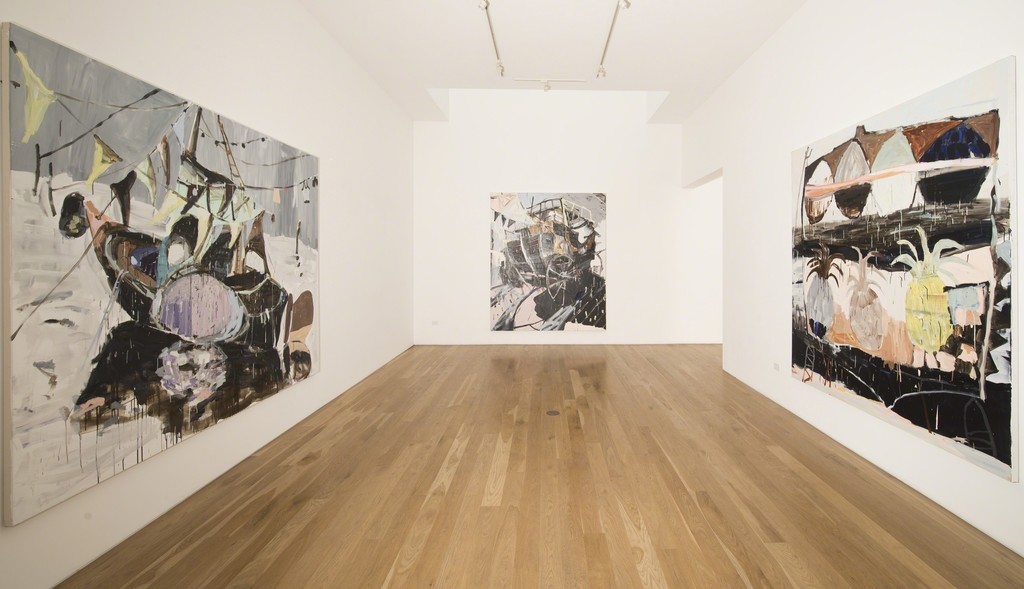 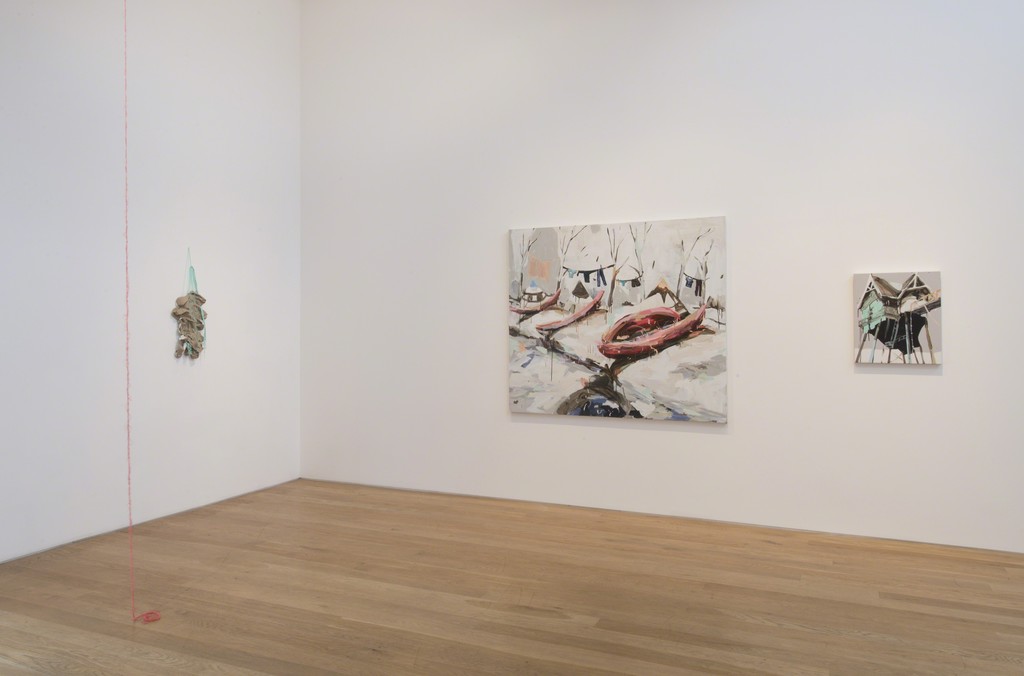 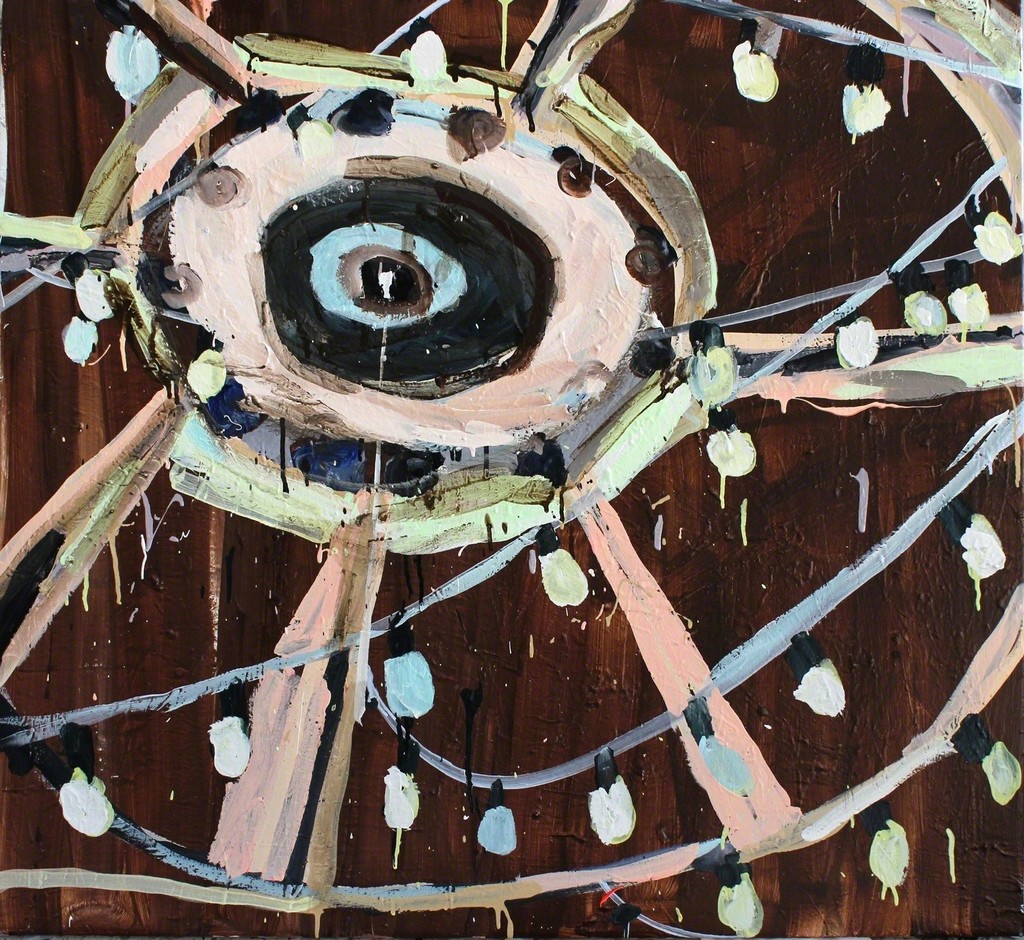 In his beautiful essay “Building Dwelling Thinking”, Martin Heidegger offers an understanding of the building as something that gathers the parts of an environment into a meaningful whole. In his view, the landscape is not present until the building has given it room. A building is thus not a mere object in space, but rather, what happens when a space is made for a site and its inhabitants.
In Mie Olise’s works, the shipwrecks, abandoned buildings, and bridges have lost their hold on the space they once gathered, and now appear to float in a state of weightlessness. Liberated from the purpose and the meaning that once connected them to their sites, they have begun to withdraw from the present, and recede into oblivion.
The territories of art and literature, as well as popular culture, are strewn densely with ruins and desolate buildings. The houses of Edgar Allan Poe and E.T.A. Hoffman have empty, eye-like windows on the faceless façades. Mysterious creatures move about under the floorboards. They are the haunted homes of das Unheimliche, the uncanny, figuratively the “unhomely”. Like the ruins and vast deserted landscapes of Anselm Kiefer, they remind us of something that we long to forget.
The ruin, however, being a very generous sign, offers not only space for the adjective unheimlich, but also for its opposite, heimlich, which can mean “familiar”, “domestic”, as well as “secret” or “hidden”.
In the works of Caspar David Friedrich, the ruin is a fragment of the beautiful; a slowly-eroding memory of a home lost. His works are essentially nostalgic, mourning the loss of memories. His nostalgia was shared by the archeologists of his time, who wished to uncover the hidden past in order to revive it. In the ruins of antiquity, they searched for a model of utopia, the lost home of civilization.
Mie Olise does not want to erase the traces of memories. Unlike modernist architects, she does not suggest the elimination of “all dead concepts in regard to the house” (Le Corbusier). Nor is she interested in following the traces backward in order to find a lost meaning. Rather, she wants to follow them forward, to explore how the traces can be used to reach new meanings, or alternative ways of dwelling that reconnect the floating buildings to the site.
The connections, however, are provisional. The new meanings do not fully exhaust the possibilities of space. The constructions are bricolages made of memories, found material and objects that happened to be at hand. They have neither a beginning nor an end. Space is thus never finally defined or enclosed, but can continue to happen.
Text: Jens Soneryd