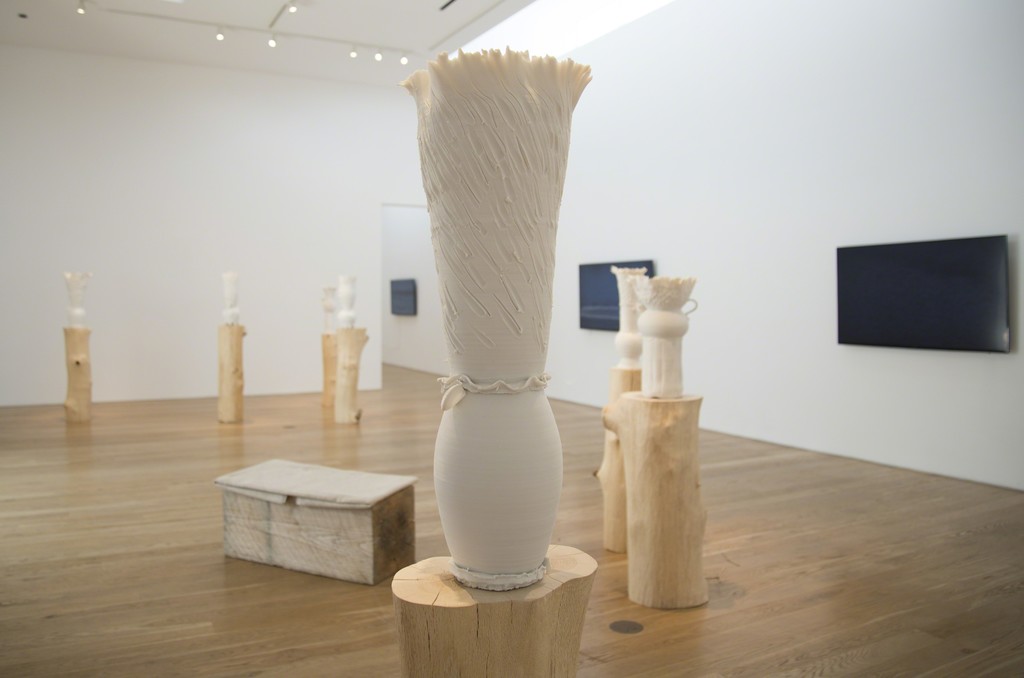 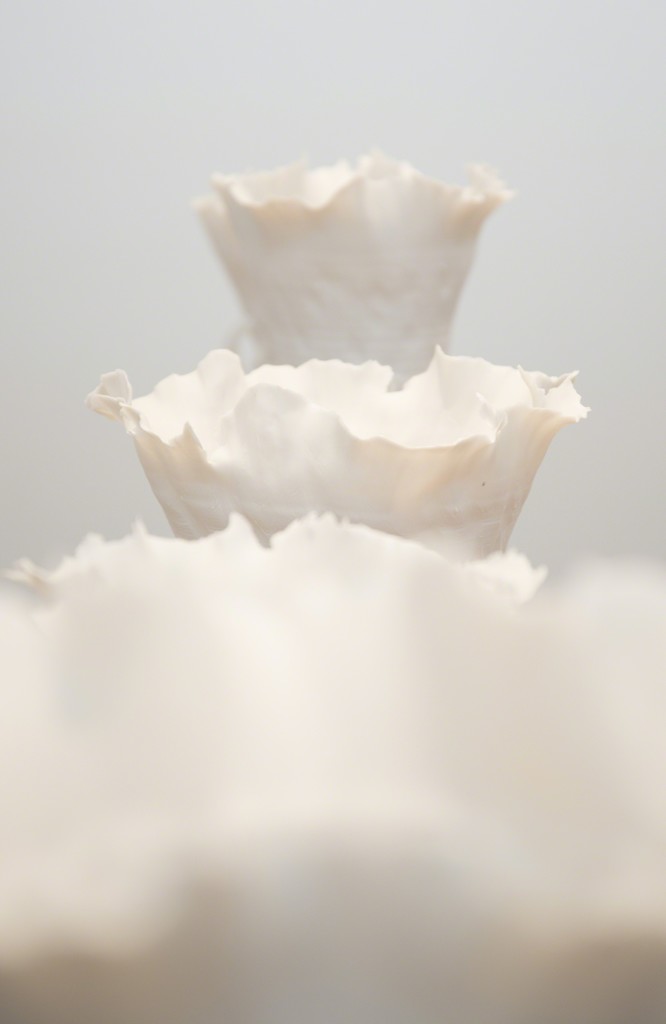 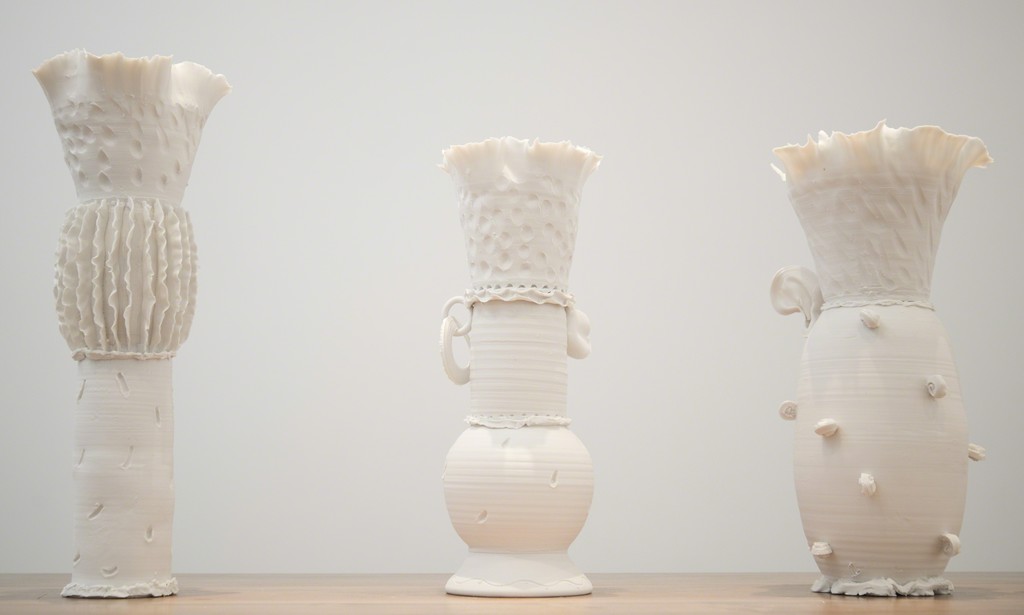 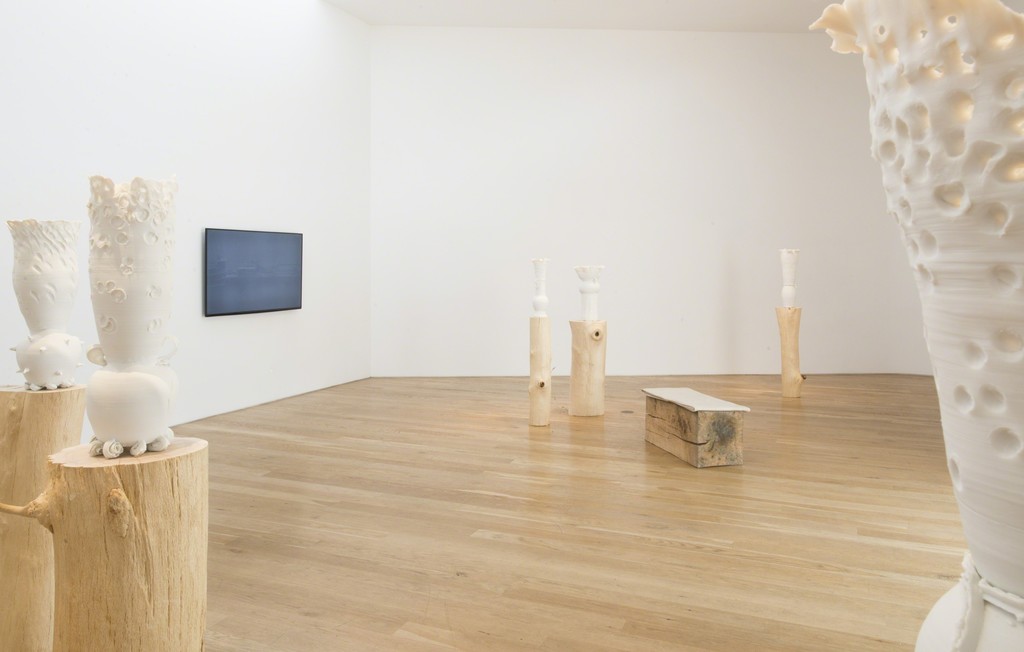 In "Current," Mineo Mizuno presents a suite of six single channel films, shot in New York, California and Japan. Long known for his mastery of large scale ceramics, intricate glazes, and environmental installations, this turn to film introduces a new visual language for the artist. With each film a fixed camera position is set, gathering footage for days at a time. In New York he chose the East River, in California, a creek and the Pacific Ocean, in Japan, a waterfall. Rather than searching for a decisive moment, the hours are blended to create a serene meditation on the passage of time, tide and current. Reduced to elemental observation, Mineo’s subject is as it has always been: water. From his earliest teacups to the flattened water drops, the six-foot tall teardrops to the most recent moss islands, water has remained a constant element in all aspects of Mineo Mizuno’s career.

The continuous flow of water presented in Mizuno’s films delivers a meditative calm. Birds, tugboats, or floating leaves offer moments of change, but rather than intrude upon the visual sparseness of the intervening minutes, in their passing they reinforce the philosophic ideal that all things are one, that no single object is inherently superior to another. This rebalancing of significance led to the most recent porcelain pieces, turning away from the singular, monumental sculptures of the past decade.

As the production of the films neared conclusion, Mizuno returned to Japan to create the first pieces of a new porcelain series: elegant and confidently informal flower vases, shapes that return to the theme of water. Informed by the rhythmic currents captured on camera, Mizuno continued his work at the Fort Mountain Ranch in Northern California, expanding the series of unglazed wheel-thrown porcelain vessels. Refined to the point of translucence, impossibly tall for the material, Mizuno has found a new way to push the ceramic arts beyond reasonable limits, while returning once again to water as a central theme.