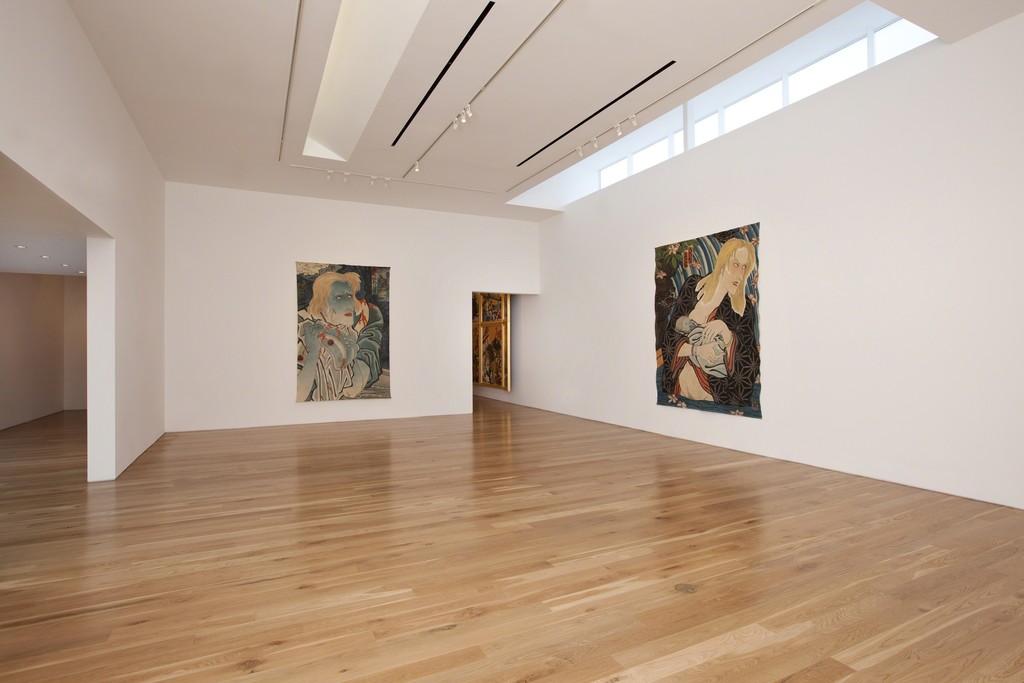 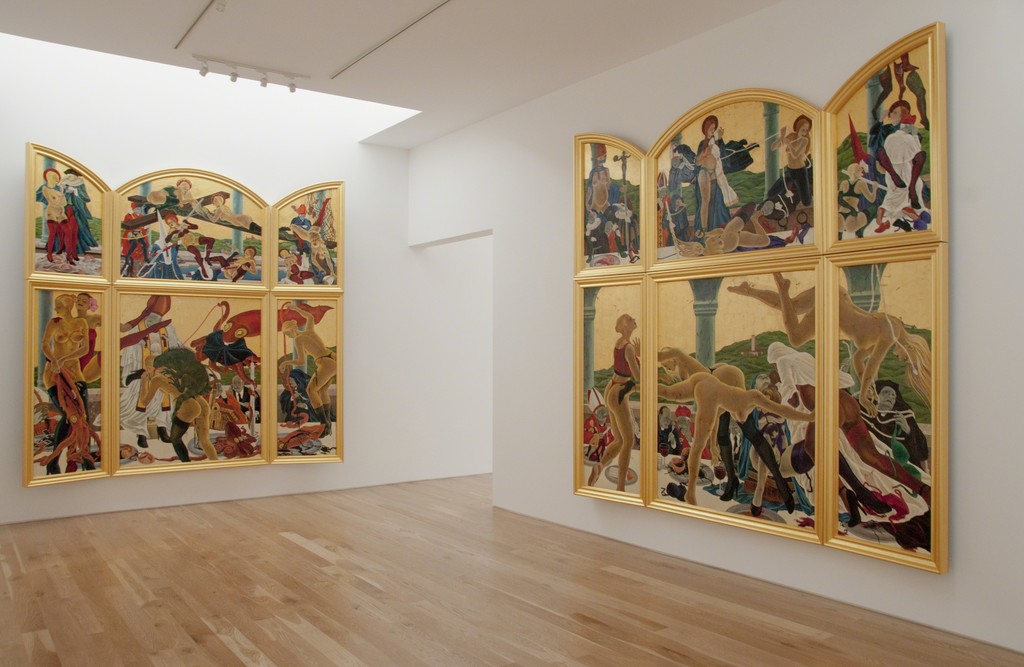 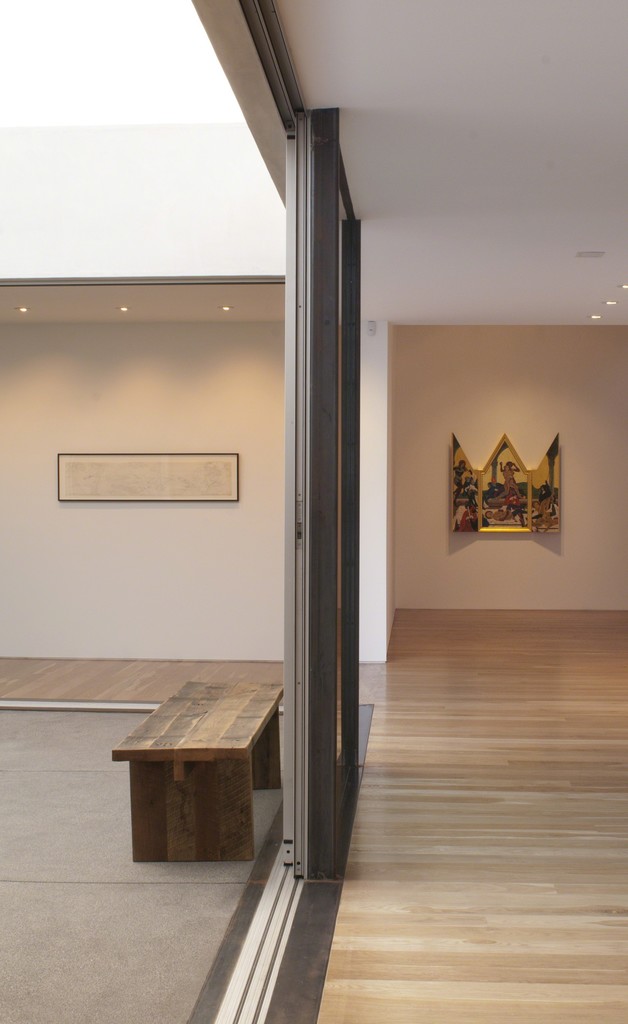 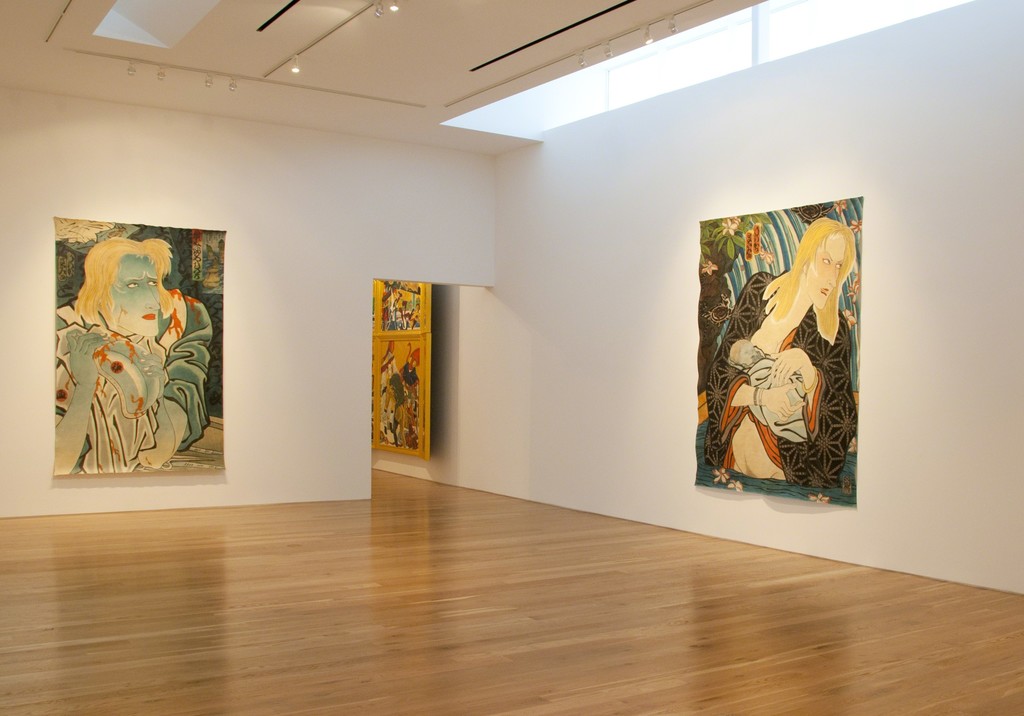 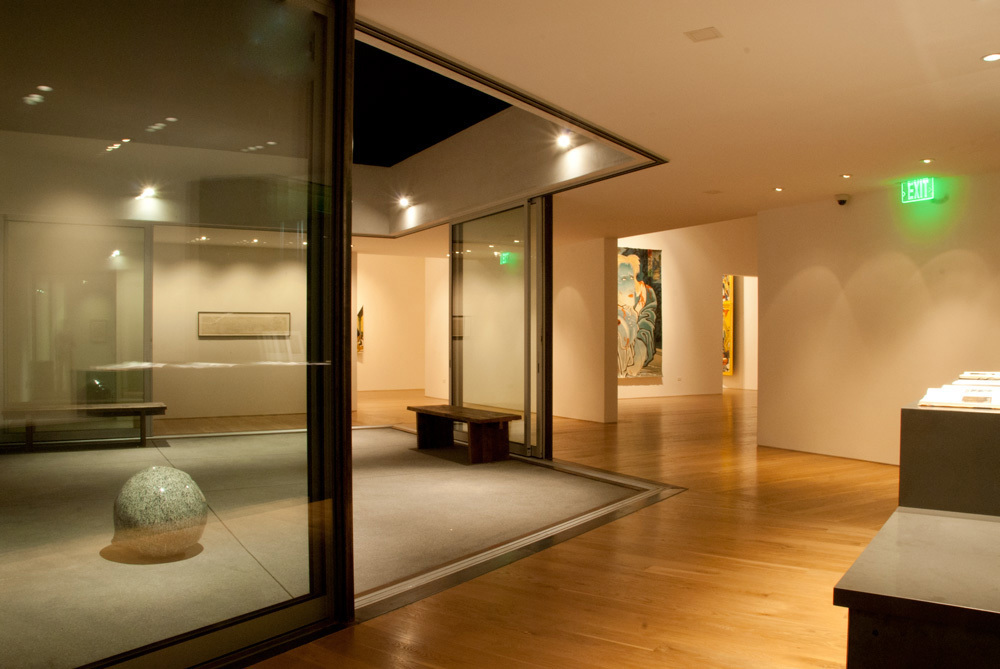 The exhibition will present a selection of new, monumentally scaled, narrative style triptych paintings from the artist’s ongoing Cloisters Last Supper series. A select number of paintings, drawings and screen prints from Teraoka’s mid-career, Japan-themed works will also be presented, providing a context for his development across a 40 year career span.

Teraoka first attracted attention in the 1960‘s with his early work—graphically vibrant watercolor paintings that fused traditional Japanese iconography in the style of Edo period ukiyo-e woodblock prints with then-contemporary icons from a distinctly American culture. These works, produced during his first years in Los Angeles, explored the collision of two contrasting cultures and eras, as in the series McDonald’s Hamburgers Invading Japan. While the iconography was specific, the commentary was directed at society as a whole. This was to change in the late 1980’s. As the world grappled with the rise of the AIDS virus, the artist turned his full attention to the issue, incorporating the fears around this new “sexual” disease as his primary subject matter. The resulting AIDS Series – still rendered in the traditional Japanese style – marked the change from general cultural criticism to pointed, topic-centered work for Teraoka.

In the mid 1990’s Teraoka narrowed his focus even further, embarking on an effort to shed light on the rampant abuses of the Catholic Church and to thematically incorporate other prominent public scandals into his work. In order to most provocatively evoke specific incidents and individuals, Teraoka adopted the 15th century European language of religious triptychs, rich in both symbolism and narrative specificity, with a blatantly medieval tone surprisingly appropriate for the subject matter. Figures referencing Kenneth Starr, Dick Cheney and Bill Clinton appeared in varying states of disguise, embroiled in scandal and denial, while Tailhook, Monica Lewinsky, and the Twin Towers of Babel were transformed into scriptural allegories representative of the conflicted cultural times. This major stylistic transformation enabled Teraoka to mine a particular thematic preoccupation, one he continues to explore to date. In his 2009 exhibition at Samuel Freeman, "The Cloisters Confessions," Teraoka made visual reference to countless grotesqueries committed in the name of ‘faith’, where decrepit and celibate men howled impotently about abortion, and child abuse was used to sublimate the priestly fear of women.

In "The Cloisters Last Supper," the narrative takes up “after the sins have been revealed”. These new works deftly weave together exaggerated contemporary references—including priests secretly galavanting in thigh high stockings and pumps—with an arcane and sinister iconography, emphasizing Teraoka’s view of the Catholic Church at a critical crossroads, with any chances at true modernization most likely long-passed. With the ongoing saga of sex abuse scandals, coverups, and out-of-touch moral codes for behavior, in Teraoka’s view the overt contradiction between the liturgy of the Church and the intolerable actions of members of its clergy cries out for critical interrogation.

Currently a resident of Hawaii, Masami Teraoka was born in 1936 in Onamichi, Japan, and first received his BA in Aesthetics from Kwansei Gakuin University, Kobe, Japan. He moved to Los Angeles in his twenties, where he received his BFA and MFA from the Otis Art Institute. Teraoka has been widely exhibited and reviewed internationally, with solo shows at institutions such as the Whitney Museum of American Art, the Smithsonian, and the Asian Art Museum in San Francisco. His work is owned by numerous public collections such as the Los Angeles County Museum of Art, the Metropolitan Museum of Art in New York, and the Tate Modern in London. He is represented by Catharine Clark Gallery, San Francisco, and by Samuel Freeman in Los Angeles.