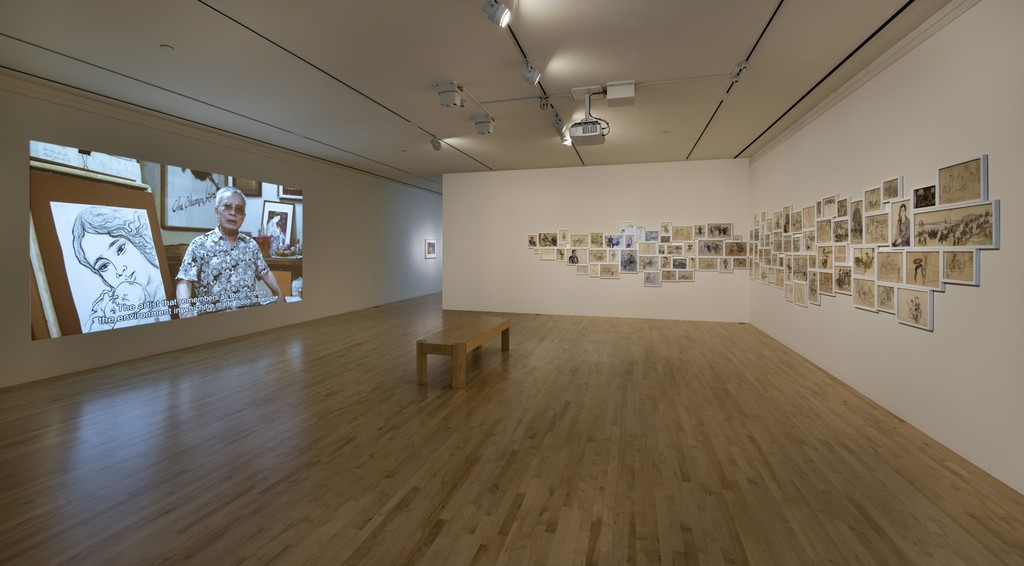 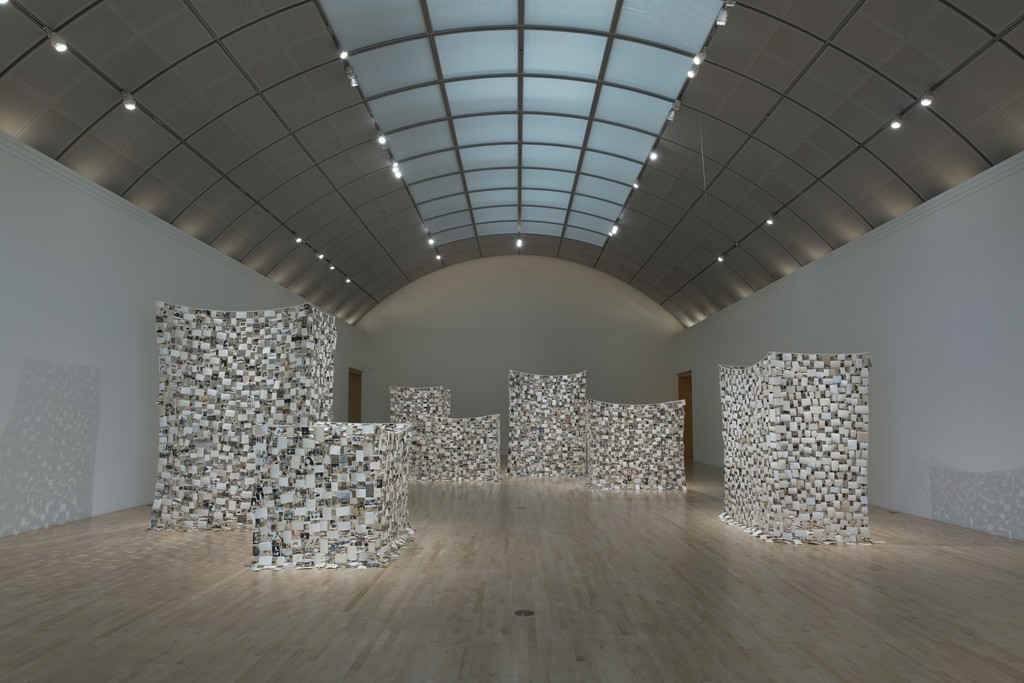 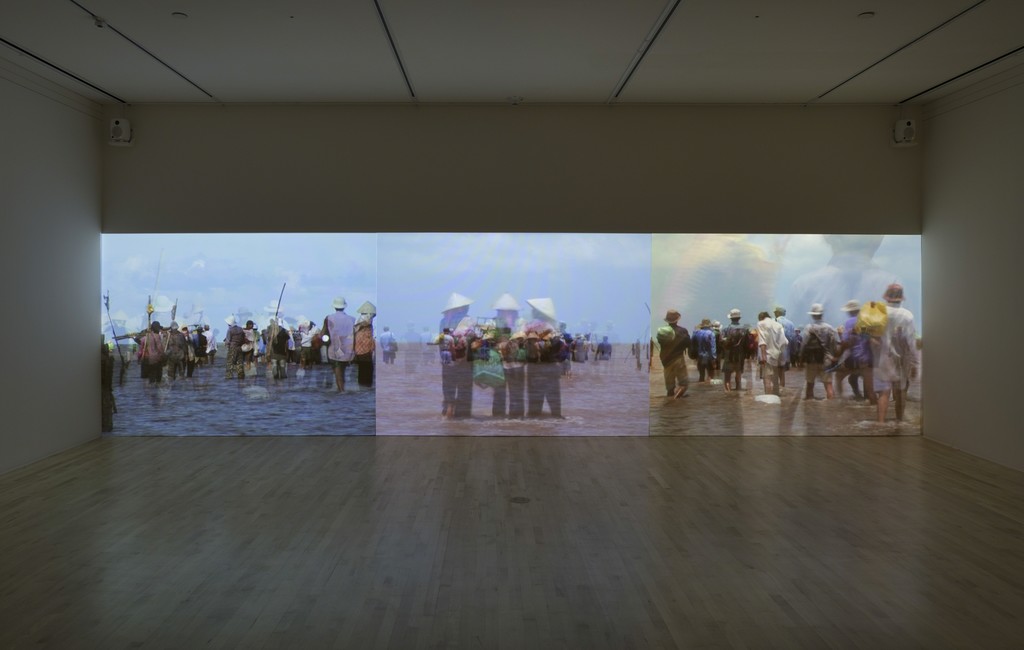 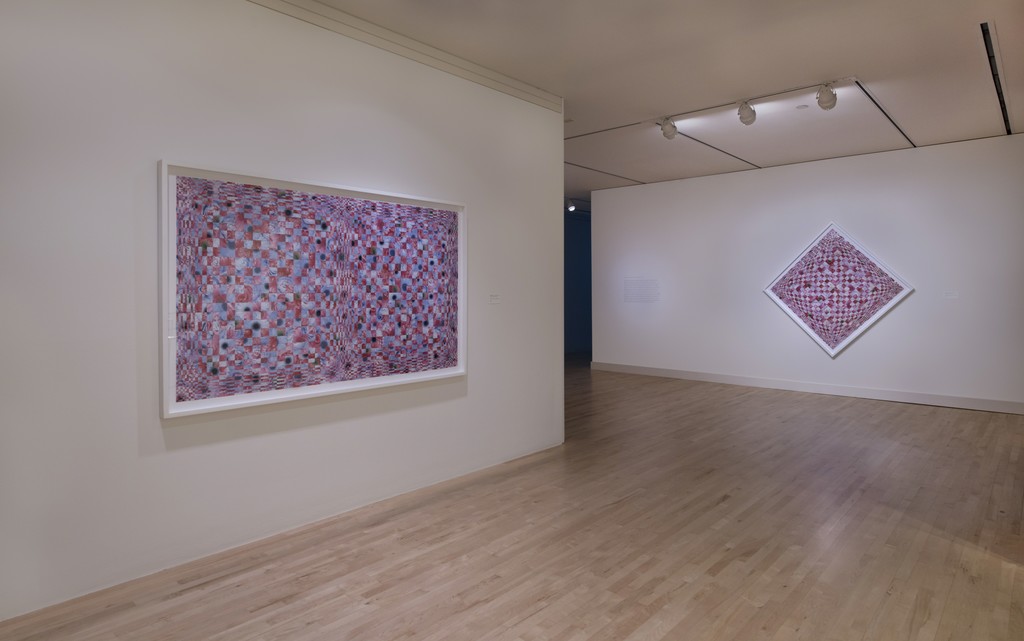 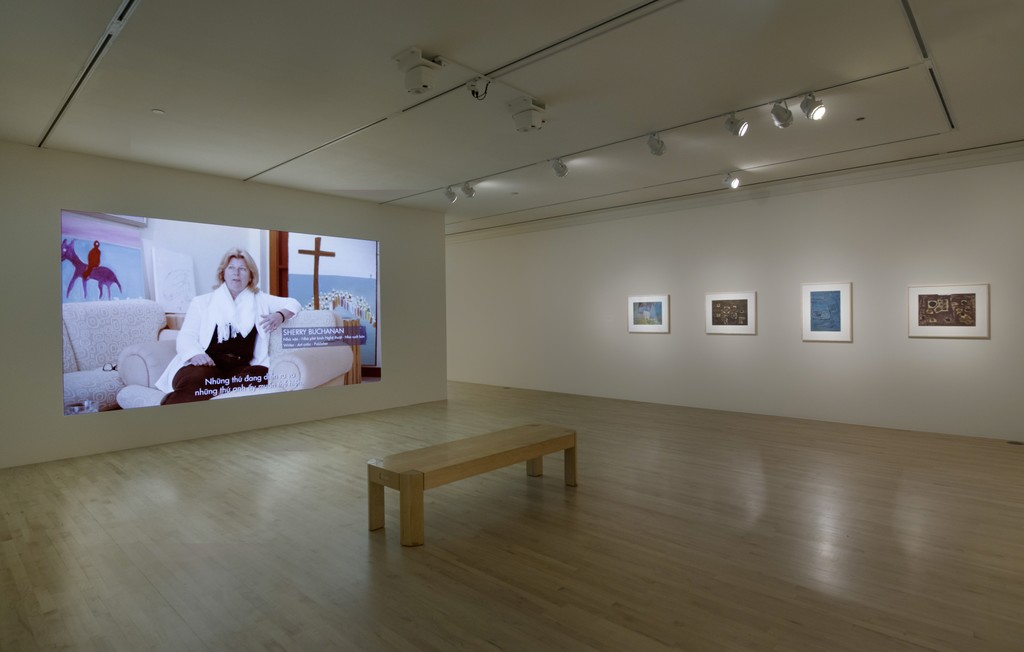 The San José Museum of Art has received a $50,000 grant from the Henry Luce Foundation in support of SJMA’s forthcoming touring exhibition, Dinh Q. Lé: True Journey Is Return. The exhibition, the largest solo exhibition of the renowned Vietnamese-American artist’s work in the United States in more than a decade, will be on view at SJMA September 14, 2018 – April 7, 2019. True Journey Is Return will feature five major video and photography installations, rarely seen photo-weavings, and the installation Vision In Darkness: Tran Trung Tin (2015), never before seen in the US. The exhibition will be accompanied by a 135-page illustrated catalogue.

“SJMA is incredibly honored to receive this recognition from the Henry Luce Foundation for the exhibition and scholarly catalogue devoted to this internationally renowned artist,” says Sayre Batton, Oshman Executive Director at SJMA. “We are thrilled to bring Dinh Q. Lê’s work to Silicon Valley as part of our ongoing commitment to exhibitions that reflect the diversity of our community and the exciting and important work being done by contemporary artists.”

“Lê entwines unknown narratives of war and migration from people in North Vietnam, the Vietnamese diaspora, and refugees who have recently returned to Vietnam,” says Rory Padeken, associate curator at SJMA and organizer of the exhibition. “His focus on the Vietnamese experience of the war reshapes and generates new memories of the conflict by giving voice to those marginalized by history.”

The exhibition includes Light and Belief: Voices and Sketches of Life from the Vietnam War (2012), a multimedia installation of one hundred paintings and drawings with the documentary video and animation. Light and Belief uncovers how northern Vietnamese artists were enlisted to fight in the war by sketching scenes at the battlefront. Vision In Darkness: Tran Trung Tin (2015), Lê’s sequel to Light and Belief, comprises six abstract paintings and a biographical documentary of artist Tran Trung Tin (1933–2008). The work examines Tran’s disillusionment with repressive government policies and the solace he found in creating abstract painting— resisting established artistic and social norms of the time. The exhibition will also feature Lê’s major architectural installation Crossing the Farther Shore (2014), constructed with thousands of found photographs abandoned by families fleeing from the conflicts of war; his “Tapestry” (2006) series; his earliest video works The Imaginary Country (2006) and The Farmers and the Helicopters (2006); and a selection of rarely-seen photo-weavings of flowers.

The fully illustrated exhibition catalogue will include documentation of the exhibition; a transcribed conversation between the artist and Moira Roth, Trefethen Professor Emerita of Art History, Mills College, Oakland; and essays by Padeken and by Kieu-Linh Caroline Valverde, associate professor of Asian American Studies, University of California, Davis; and Nora Annesley Taylor, Alsdorf Professor of South and Southeast Asian Art History, School of the Art Institute of Chicago.

Dinh Q. Lê: True Journey Is Return is the fourth in SJMA’s ongoing series “New Stories from the Edge of Asia,” and the first of the series to represent the art of contemporary Vietnam. The exhibition is organized by Rory Padeken, associate curator, San José Museum of Art. A tour of other US venues is planned.

The Henry Luce Foundation’s Asia program fosters cultural and intellectual exchange between the United States and the countries of East and Southeast Asia and creates scholarly and public resources for improved understanding of Asia in the United States.

Dinh Q. Lê: True Journey Is Return is made possible in part by grant support from the Henry Luce Foundation, the National Endowment for the Arts, and the Asian Cultural Council. The exhibition is sponsored by the Richard A. Karp Charitable Foundation, Tad Freese and Brook Hartzell, Elaine Cardinale, Lucia Cha and Dr. Jerrold Hiura, and Evelyn and Rick Neely. In-kind support for equipment is provided by Genelec.