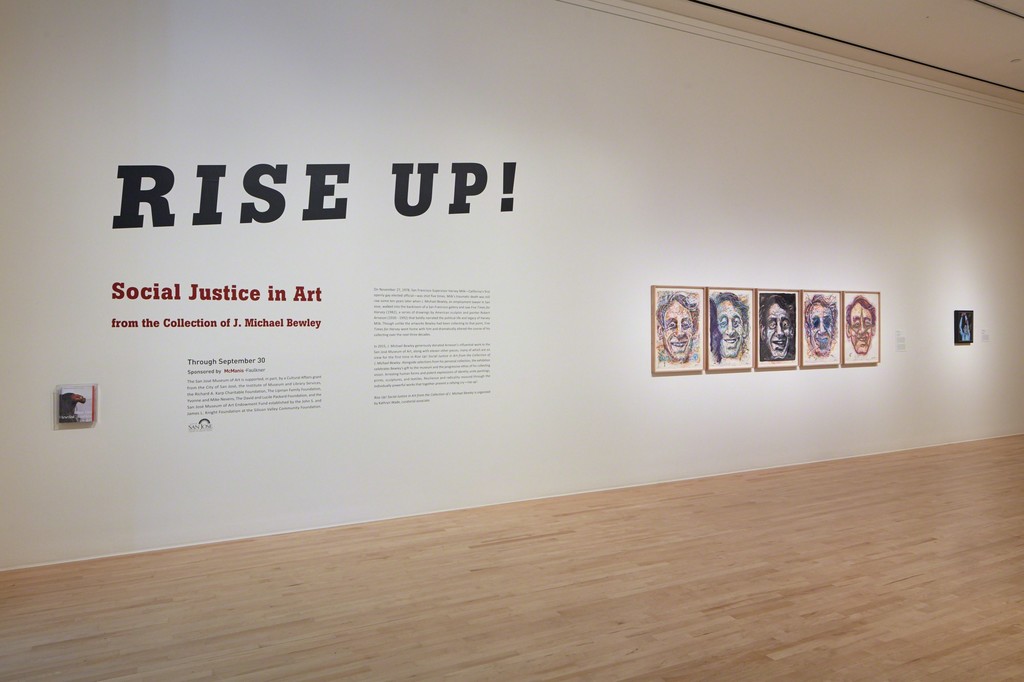 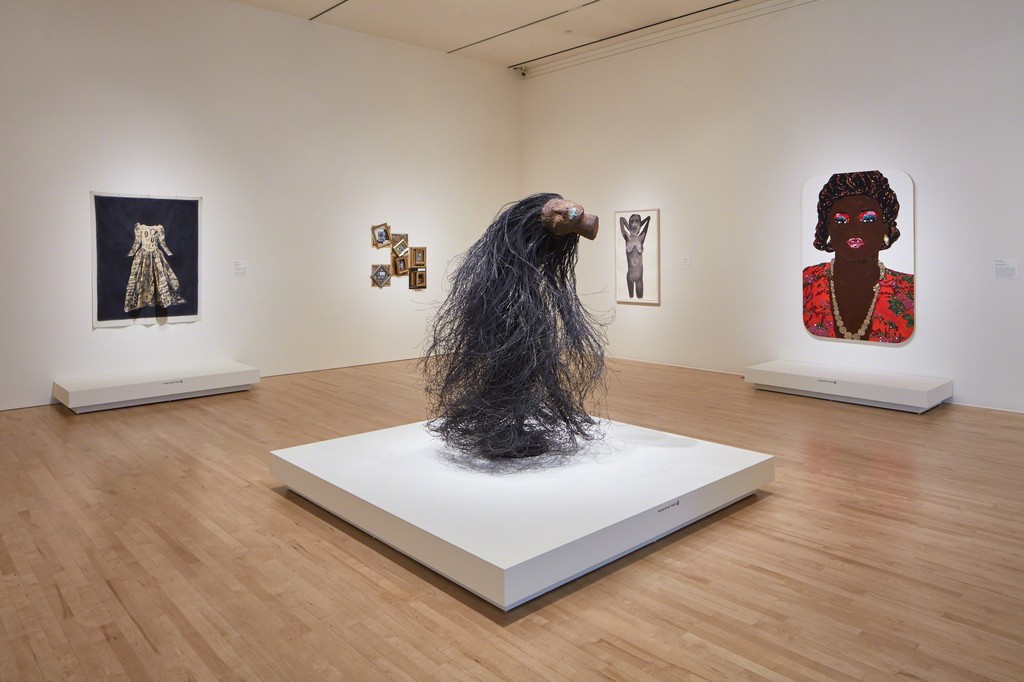 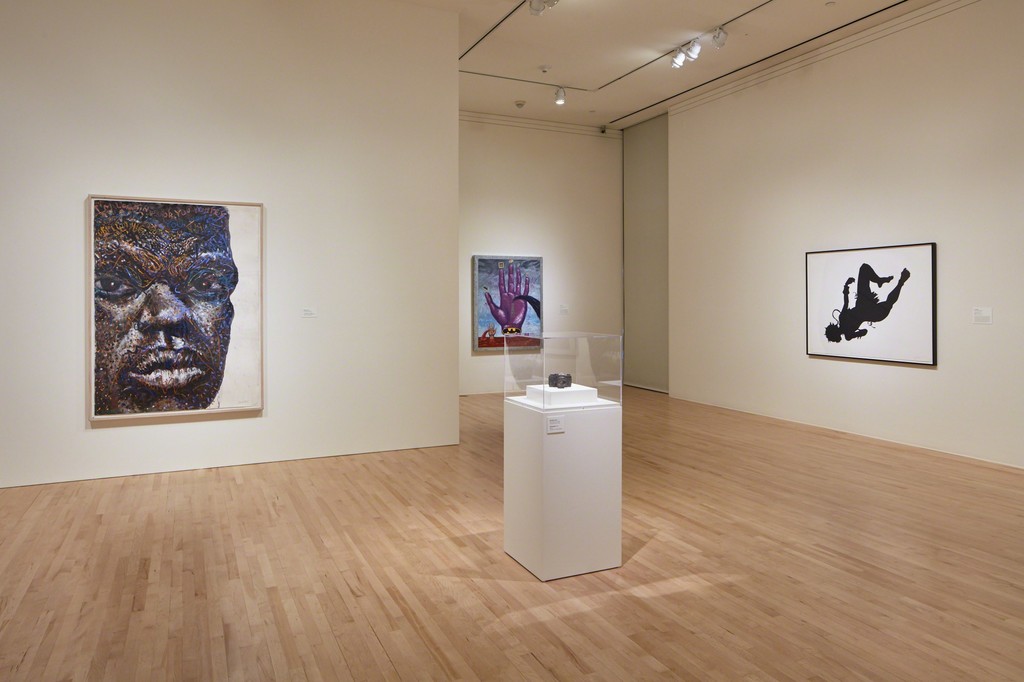 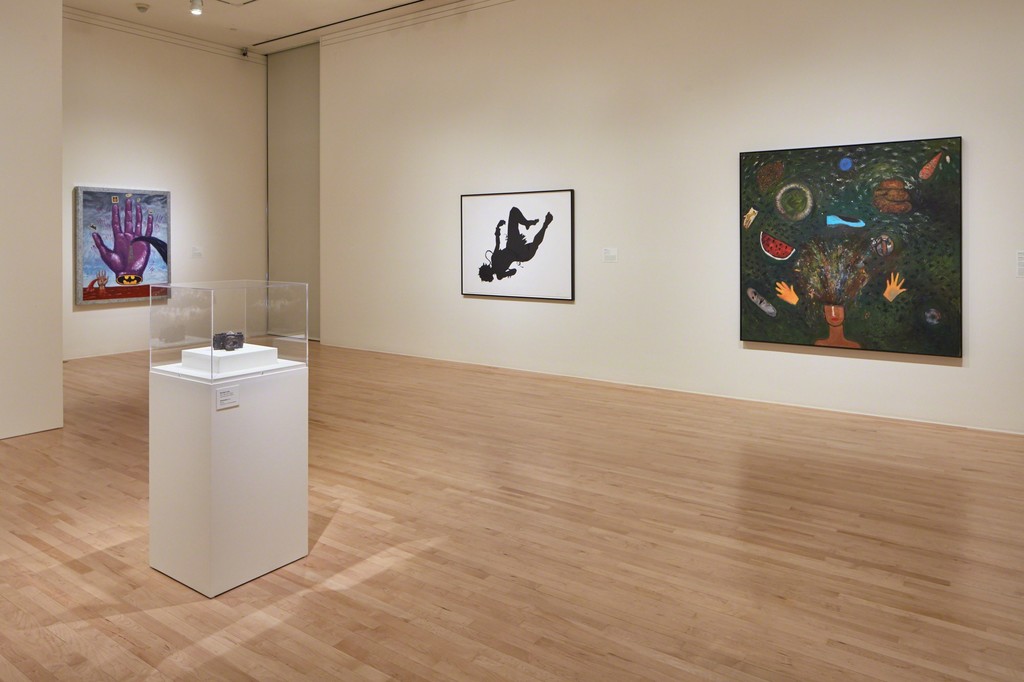 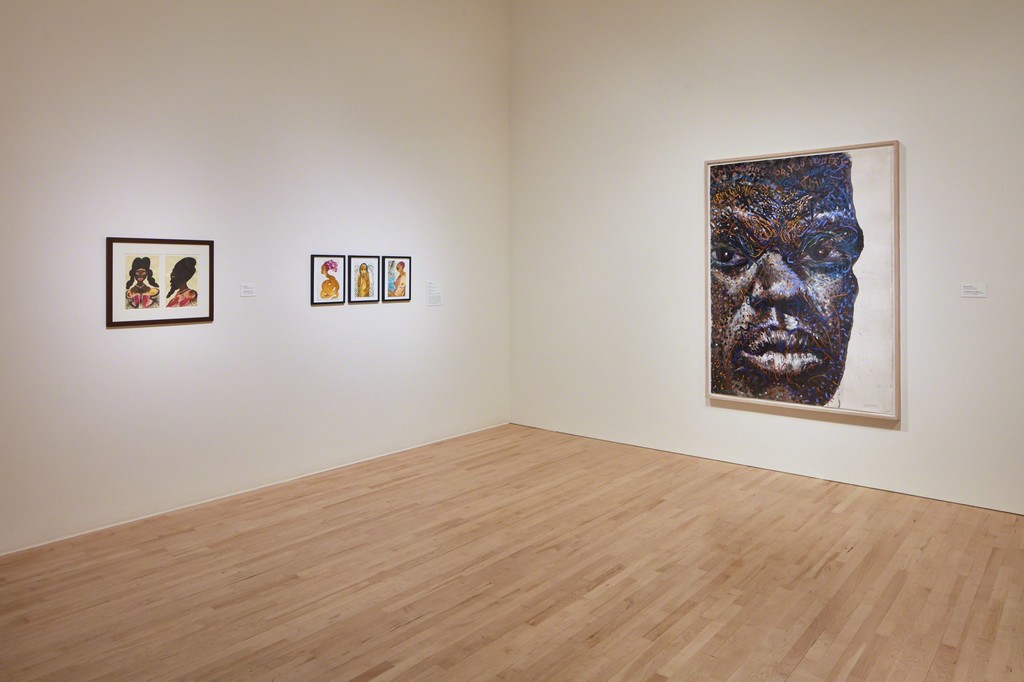 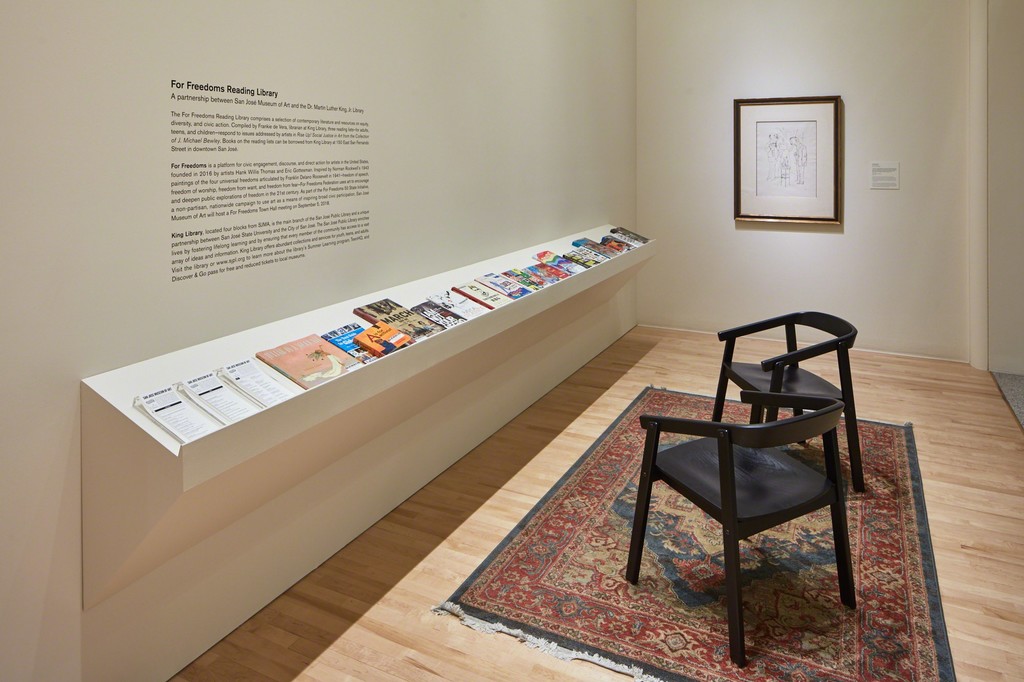 “As a collector, Mike Bewley has a penchant for artworks that boldly force the viewer to face issues of social justice,” said Kathyrn Wade, curatorial associate at SJMA, who organized this exhibition. “The works in Rise Up! are bold in color, figurative, and representational in form— all united by a radical social and political motivation.”

Among the highlights of the exhibition is Five Times for Harvey (1982), a series of drawings by American sculptor and painter Robert Arneson (1930 – 1992) that boldly narrate the shooting of San Francisco Supervisor Harvey Milk—California’s first openly gay elected official—in 1978. Kara Walker’s African/American (1998) is a linocut print in Walker’s signature style of black cutout silhouettes against a white background. Walker is known for her work addressing difficult issues of slavery, stereotypes, and the subjugation of women; African/American depicts what Walker calls “your essentialist token slave maiden in midair.”

“We are so grateful to Mike Bewley for donating this significant group of works to SJMA, and making it available to the public,” said S. Sayre Batton, Oshman Executive Director of the San José Museum of Art. “The opportunity to celebrate Mike’s generosity and collecting vision comes at an extremely anxious time in our political history, as we look to artists to present alternatives to the crises we face today.”

J. Michael Bewley is a retired employment lawyer whose office was based in downtown San José. He committed his career to combatting racism, sexism, and homophobia in the workplace. Bewley became focused on collecting social justice art after acquiring Robert Arneson’s Five Times for Harvey (1982), which he would later hang in his law firm. After retiring from his law practice, Bewley donated twelve works to the Museum that formerly hung in his downtown law office.

Rise Up! Social Justice in Art from the Collection of J. Michael Bewley is sponsored by McManis Faulkner.

On Thursday, June 28, at 12:30 PM, Wade, curatorial associate, and Bewley will give a gallery talk about the exhibition. The talk is included with Museum admission.

On Thursday, July 19, from 7 to 10 PM, SJMA will partner with Mosaic Silicon Valley on an evening of cross-cultural performances inspired by the themes of the exhibition. Tickets are $5 (free to members).