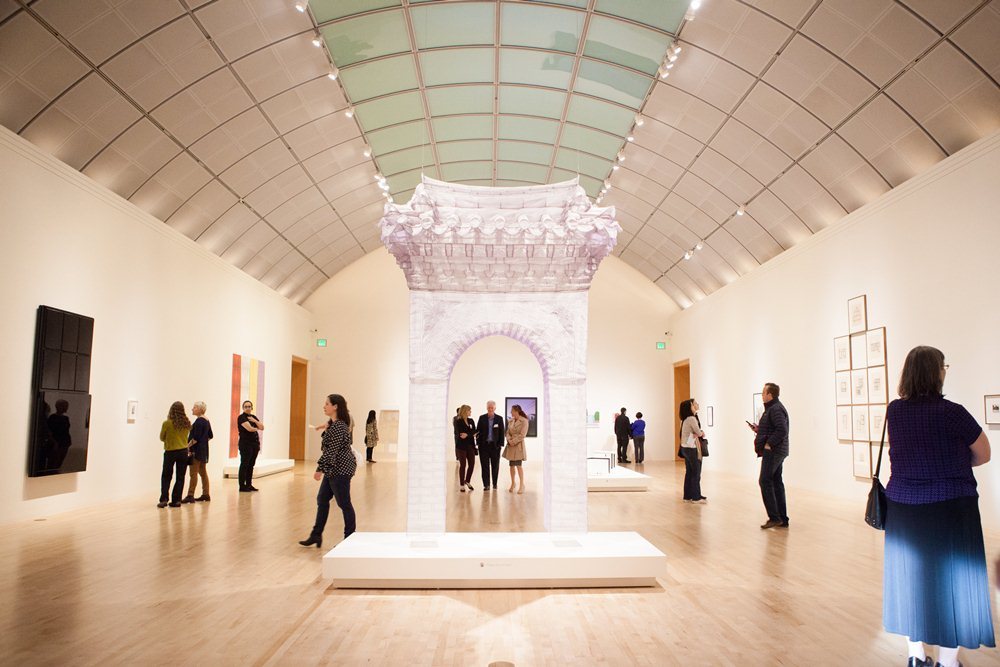 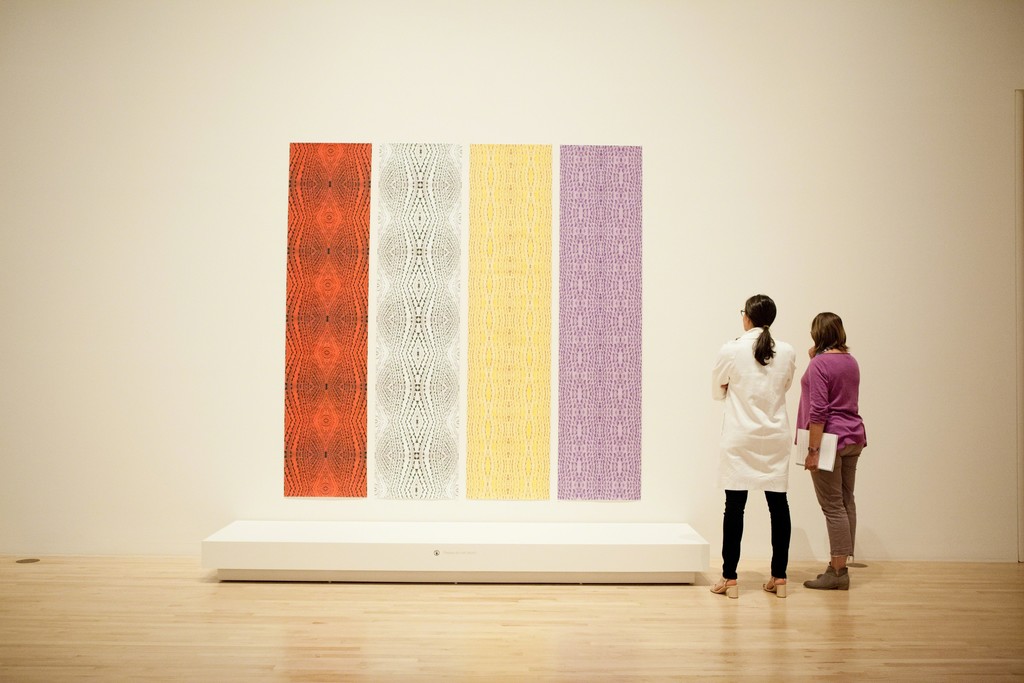 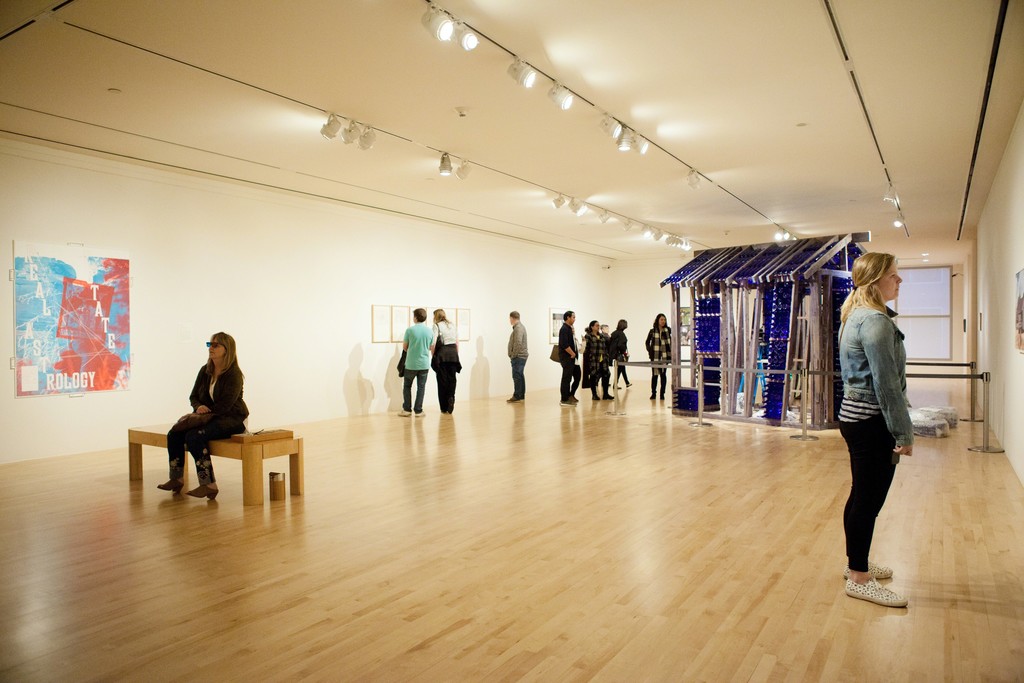 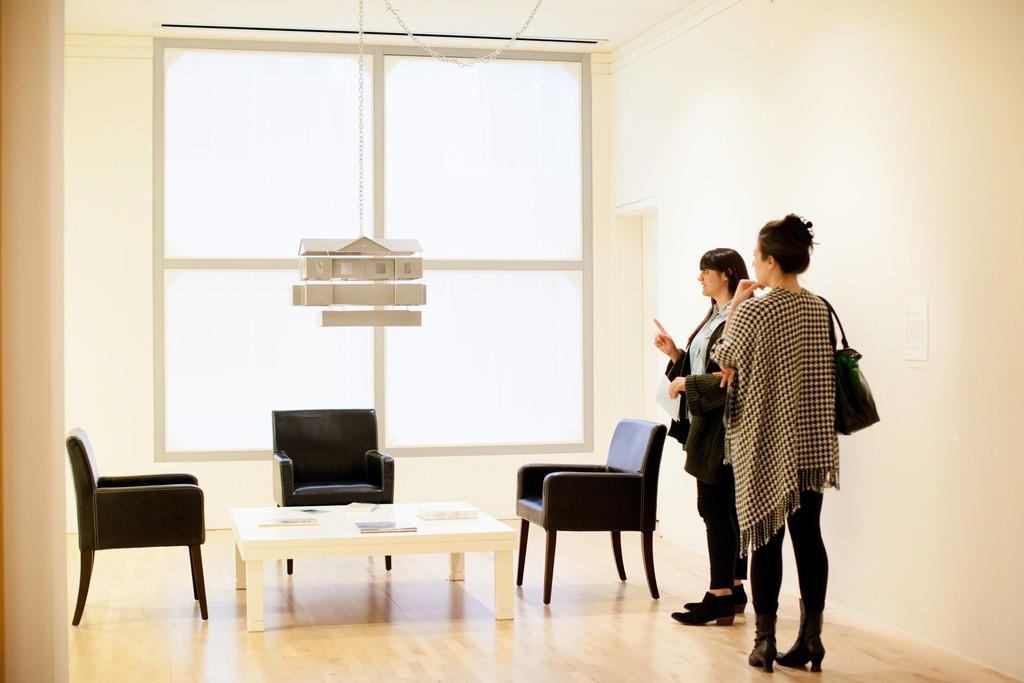 In a new exhibition at the San José Museum of Art, artists use the idea of the single-family house to explore memory, identity, and belonging. The House Imaginary, on view April 20, 2018, through August 19, 2018, comprises 45 international works in a variety of media from the 1970s to the present. It explores the house as an architectural and psychological space resonant in discussions around immigration, urban planning, and other social issues. The exhibition includes favorites from the Museum’s permanent collection by Mildred Howard, Bill Owens, and Clare Rojas; new acquisitions by Tabaimo and Won Ju Lim making their SJMA debuts; and works on loan by such artists as Do Ho Suh, Mike Kelley, Rachel Whiteread, and Zarina.

“At this time of increasing housing costs in the Bay Area and new awareness of historic racial housing policies, the archetypal single-family house is a lightning rod in terms of social policies around homelessness, urban planning, race, gender, and environmentalism,” said Lauren Schell Dickens, curator of the exhibition. “These public dialogues intersect with the personal histories and dreams that we inscribe into the walls of our houses: the literal meeting point of personal and public space.”

Many of the works in the exhibition reflect the personal memories and childhood homes of the artists. In our increasingly mobile world, people move but our houses don’t. Do Ho Suh makes the essence of home portable. His Gate, 2005 (collection of Los Angeles County Museum of Art), is based on his parents’ former house in Seoul. The traditional scholar’s house had a traditional Korean gate at the entrance, which Suh has replicated, actual size, in transparent silk. Zarina, whose family was displaced by the 1947 Partition of India, recaptures her past in Homes I Made/A Life in Nine Lines (1997), on loan from the Hammer Museum, Los Angeles. The portfolio of etchings depicts floorplans of nine different houses in which she lived, each drawn from memory. Mike Kelley’s Mobile Homestead Lamp Edition (2010) is a swag lamp replica of his childhood home with a mysterious massive basement. Gertrude Bleiberg’s “Quincy” series (1974‒76), which celebrates her everyday life in Palo Alto, contrast with Roger Shimomura’s Memories of Childhood, 1999, a book depicting life in a Japanese internment camp.

Oakland artist Mildred Howard treasures heritage within the walls of the house. Her installation Abode: Sanctuary for the Familia(r) (1994) is a house constructed of blue bottles that represent where memories are kept. Visitors will be able to watch the installation in progress as the “bottle house” (last seen at SJMA in 2006) will be partially assembled for the opening reception on April 18, then completed over several days to demonstrate its construction.

On view for the first time since being acquired last year will be dolefullhouse (2007) by the Japanese artist, Tabaimo. The panoramic video installation, created with Tabaimo’s hand-drawn animation, depicts a Japanese house invaded by Western-style furniture. Hands placing the furniture as into a dollhouse are eventually replaced by tentacles and other monstrous imagery, a metaphor about the difficulty of maintaining a Japanese identity in an increasingly westernized world.

Another recent acquisition on view at SJMA for the first time will be Kiss D7 (2015) by Won Ju Lim. The Plexiglas and light installation projects the architectural plan for a Case Study House, one of the experiments in residential architecture built in California in the 1940s ‒ 60s. Works from An Te Liu’s series, “Pattern Language I,” also represent a historic housing experiment. The vinyl prints that resemble wallpaper are based on aerial views of Levittown, New York, the planned community built in 1929 that helped define suburbia as we know it today.