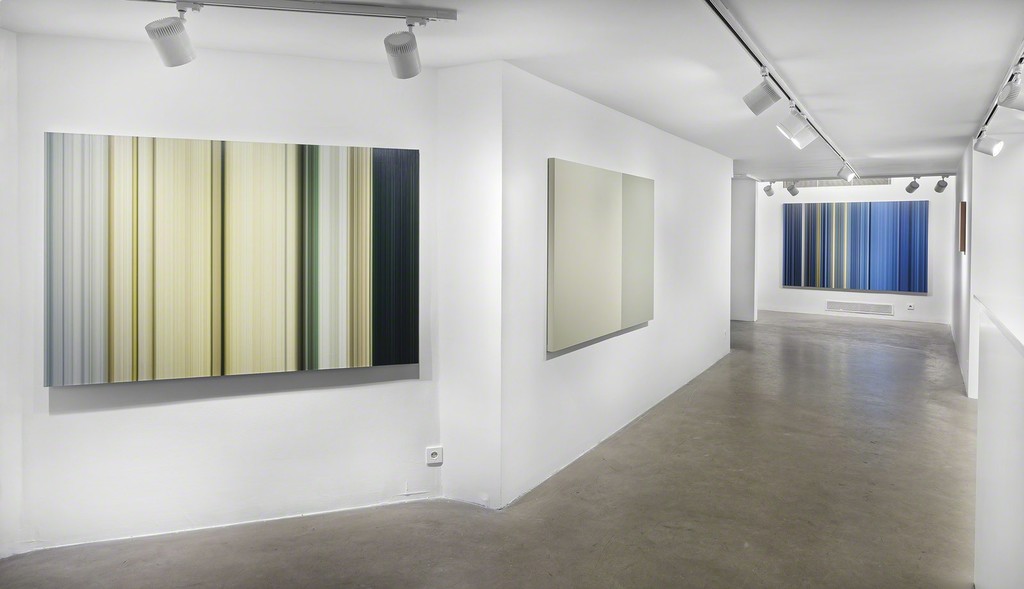 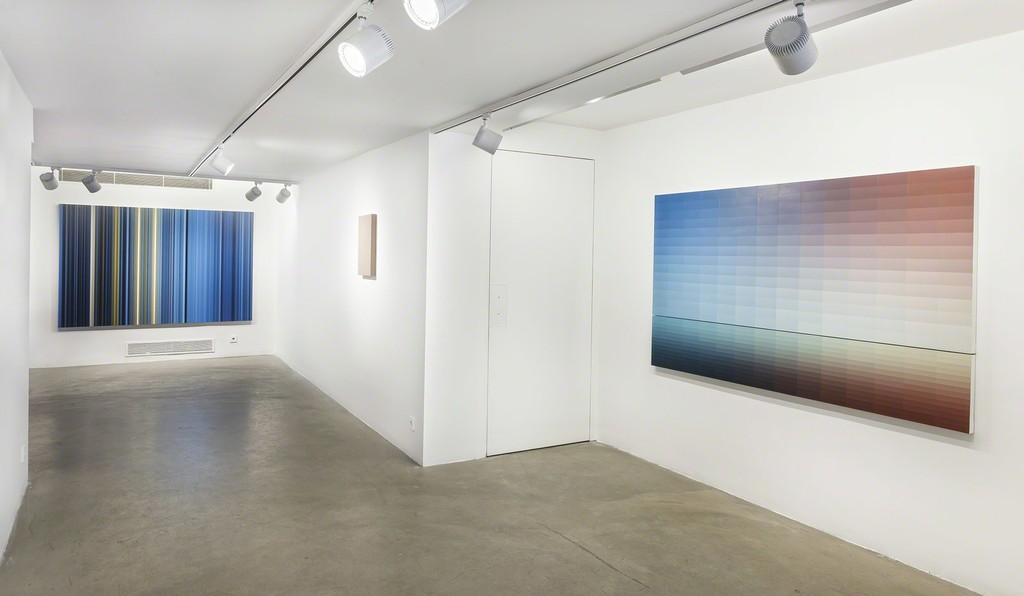 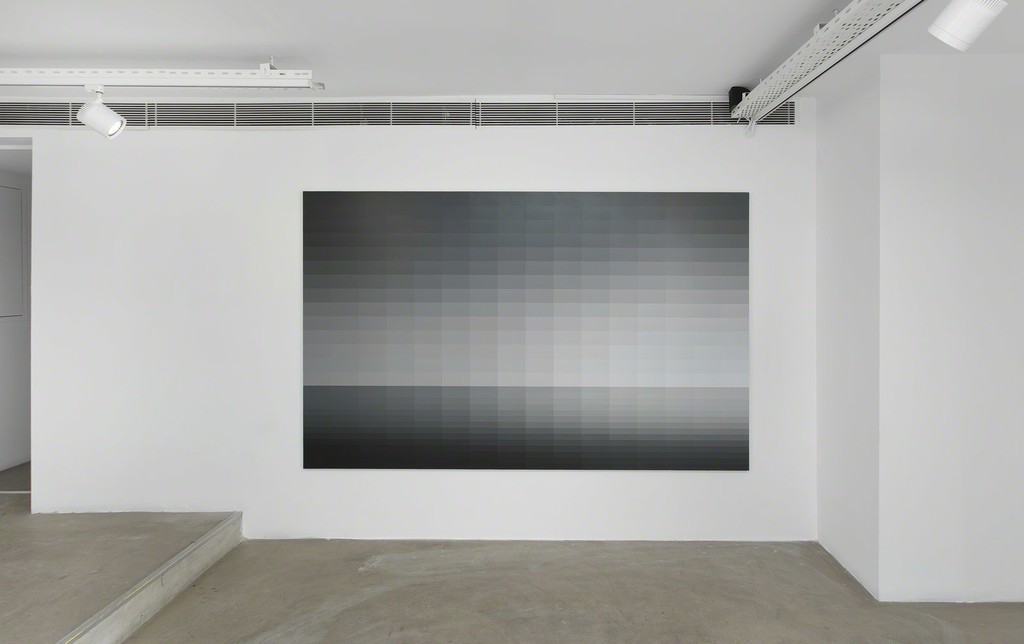 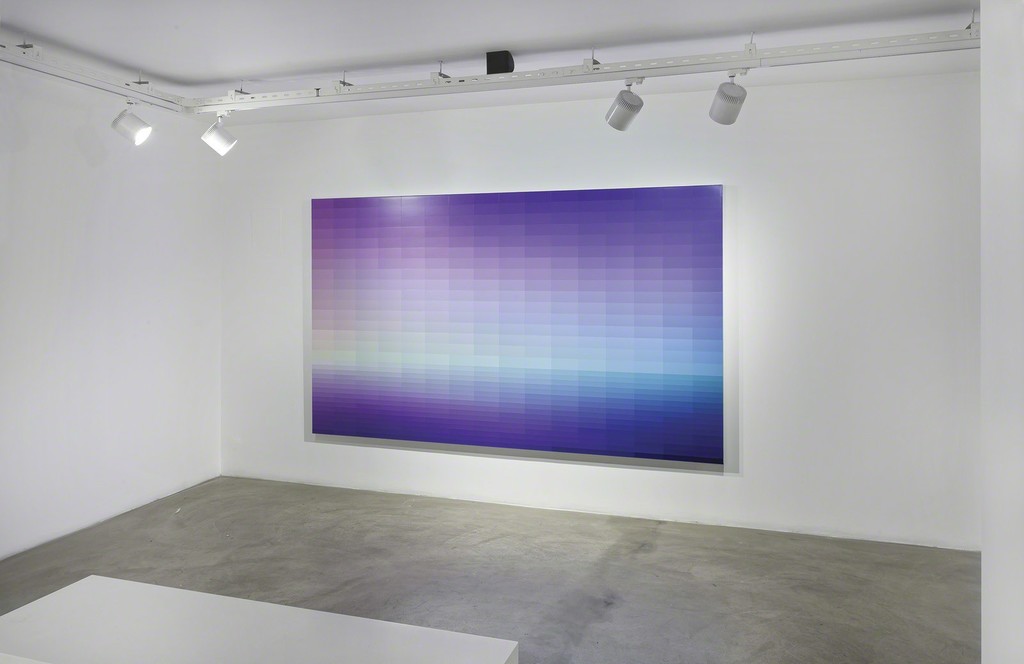 The exhibition consists of color palletes and arrangements belonging to online documents of various art pieces, which the artist has been obtaining via computer softwares. Units that constitutes the images in Özgen’s recent works, can be considered as an arrangement of data that points to its spatial borders, as well as going beyond being just a fictonal representation that has been systematically gathered together on canvas.

Sequential color series, monochrome color palletes spreading on canvas as an object, and color zones each of which matches one of the canvases... Even though those pieces are online artwork reproductions of acquired patterns in a numeric environment, images interrupt the representation structure. They do not represent anything anymore, but just themselves. Rather than this, they illustrate something that can or cannot be represented. We come accross to an interrupted flow of informatics and a reconstructed meaning; nevertheless, we cannot say that the whole informatics vanishes. Just as interruption of sense is sensual , similarly, interruption of information flow should be cognitive as well.

It can be said that, Özgen’s latest works are experiments on the image and its nature in terms of reproduction of the art object. These experiments research and illustrate the conceptual structure that prioritize and signify the sensation. “Metadata” can be visited between 8 April – 9 May 2015 at SANATORIUM.