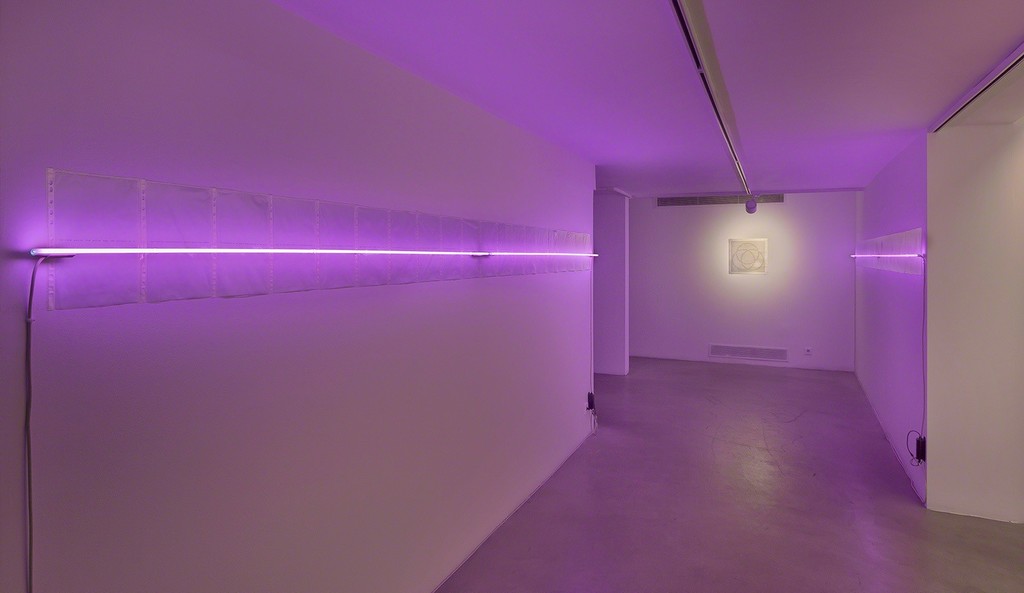 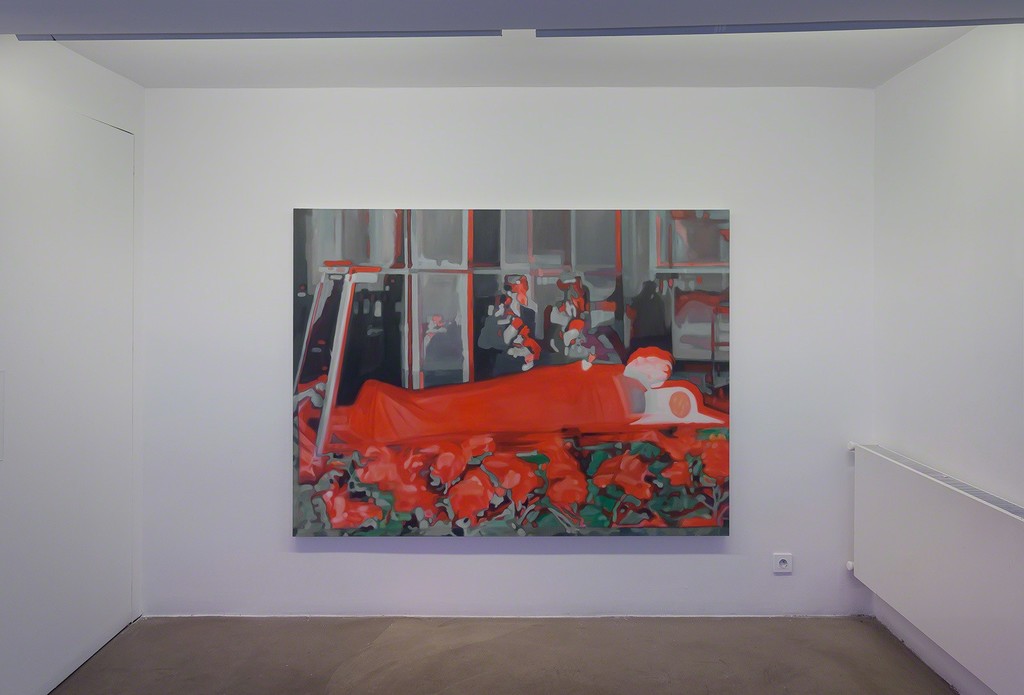 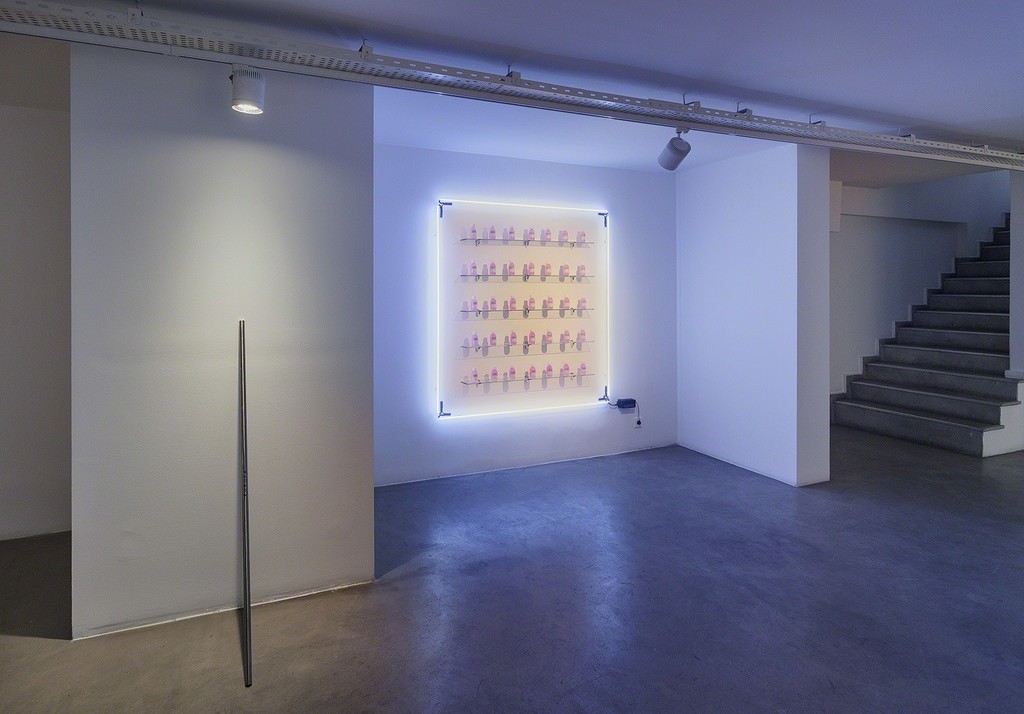 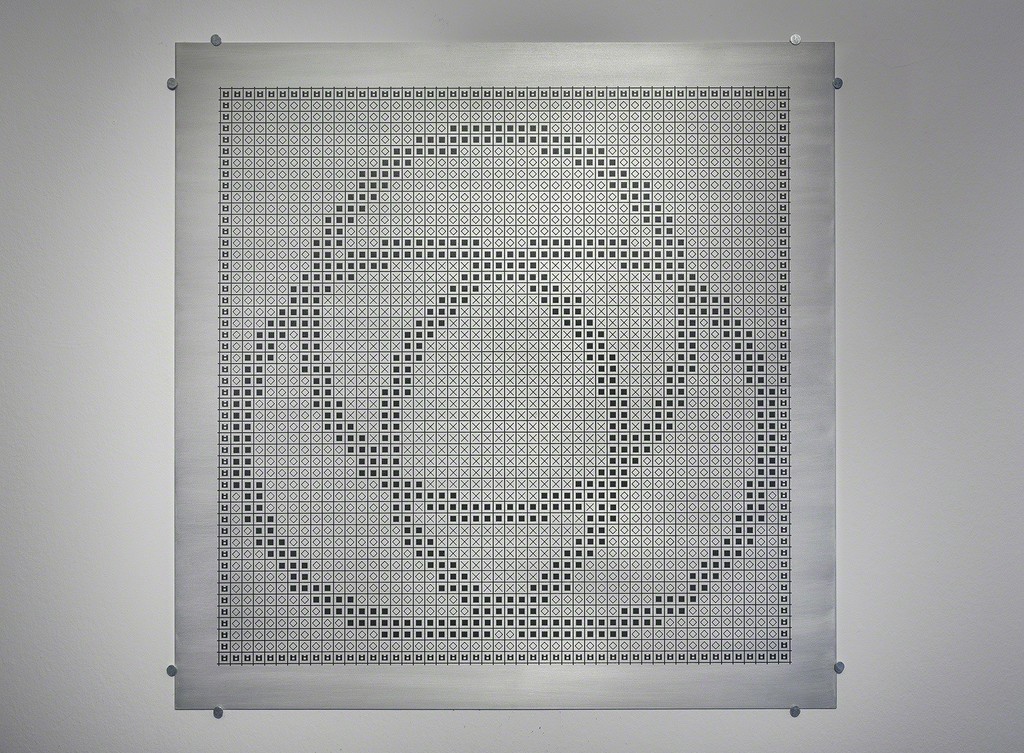 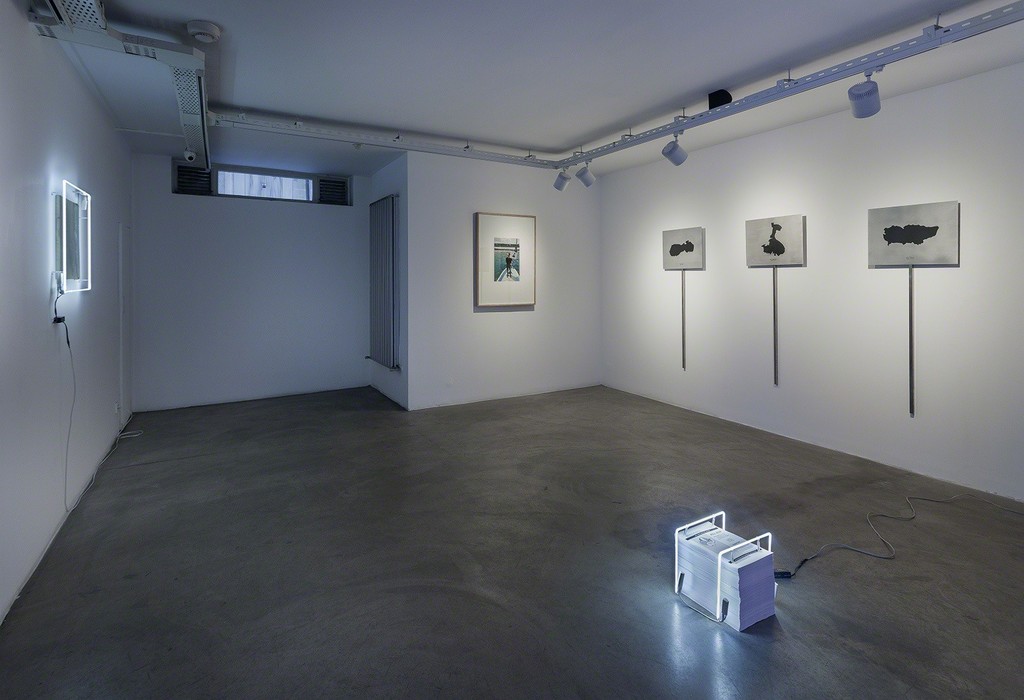 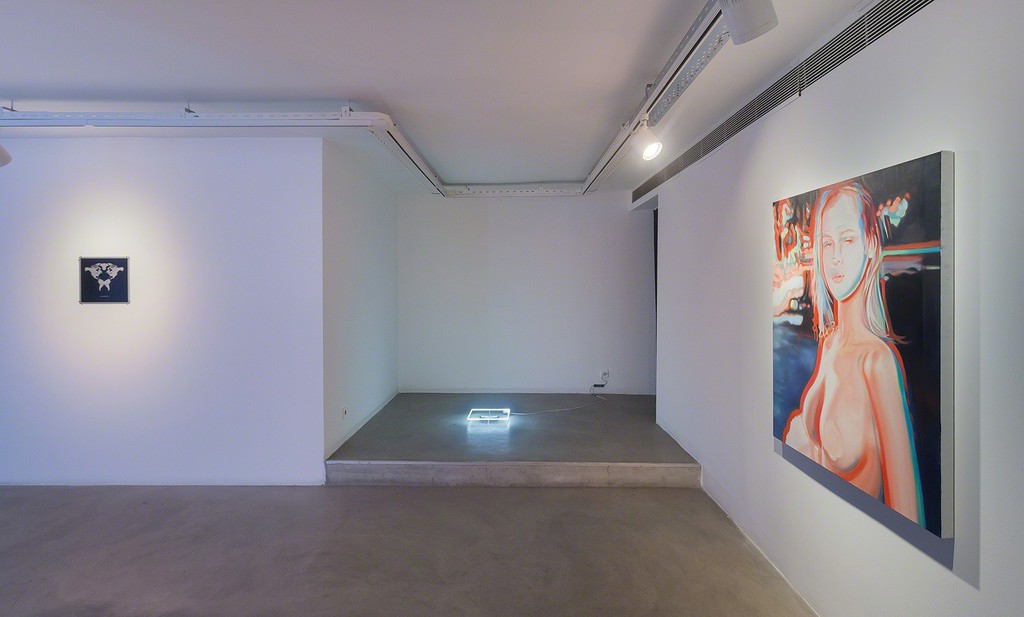 n this world, the artist was the product of a collective representation caught up in the game of individuality. As always when waking up, he would enter the ideological realm of art to occupy its space convinced he would exit empowered. His movements were those of a ghost haunted by the virtual nature of that space. The realm did not submit to his spectral nature; he, himself, however, was positively inhabited by the dematerialization of the habitat. He did not travel through the walls: the walls travelled through him. His steps would glide above the floor; every movement his feet made seemed to last a thousand years; his hands were grazing the walls so surely the sensation felt peculiar; the works of art on the walls were flashing by at uncontrollable speed though his body had not moved an inch since entering the gallery. The architectural components were breaking away in modules. They pierced through the artist’s ethereal matter by opening up their structure.

Suddenly, a crack started running along the gallery ceiling creating a gap that broke open its surface. Pieces of concrete began to fall as flakes until the whole ceiling collapsed with a thud in the midst of a suffocating cloud of dust. The works of art, buried under a mass of rubble, merged with the ruins. The artist, now transformed into a warlord, ordered his subordinates to take the
situation in hand. In an atmosphere fitting a downpour, he led the operations coldly and minutely. All admitted to belonging to the world of art. The artist did not feel intimidated. Eventually, after a long while (whole years had gone by), he lost the round and letbanother take his place to reconstruct the realm. To do so he organized a gigantic dormitory where a thousand settlers would be left to sleep to wake up when the time would be right. A colony of souls laid dormant waiting their turn.
Ludovic Bernhardt: Ludovic Bernhardt is an artist born in France and currently living in
Istanbul. Graduate of Le Fresnoy contemporary art Studio, he produces various paintings, environments, objects, texts and graphics (meditation diagrams, military codes, fictional
maps, novels...) to explore some visual rituals of the post-industrial society. He investigates
the relationship between art, fiction and bio-political environment. He is artist
in SANATORIUM gallery in Istanbul and member of the art initiative space Plateforme in Paris
and has participated in numerous exhibitions in France, India, Switzerland, Turkey, Portugal,
China & Greece.