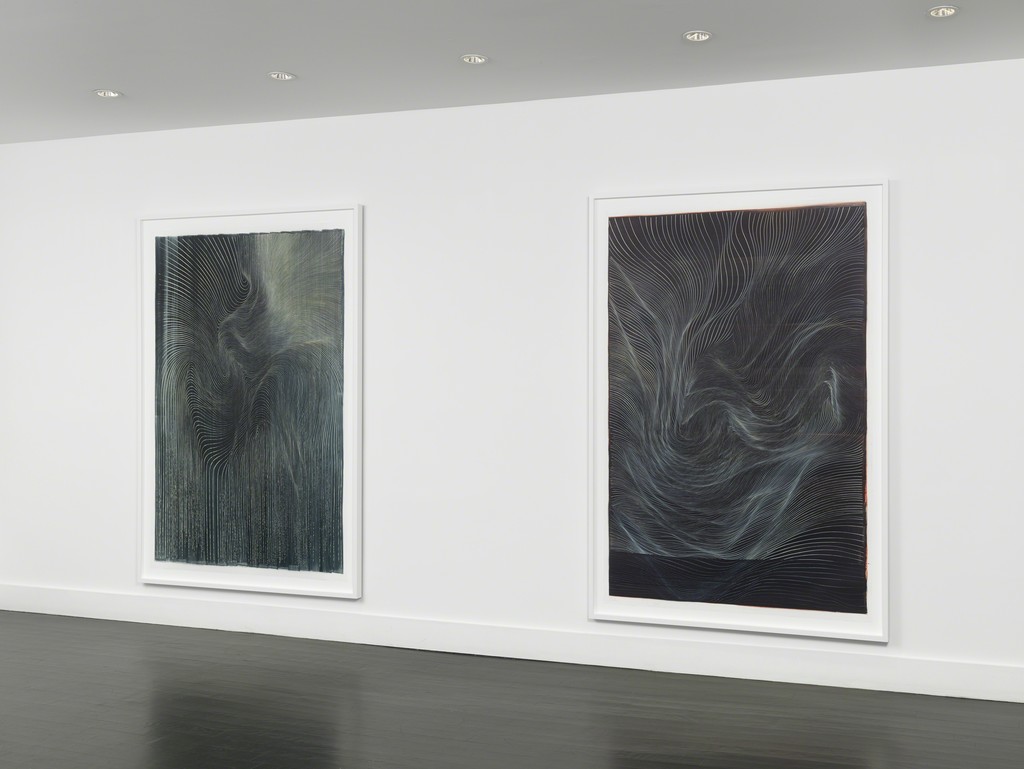 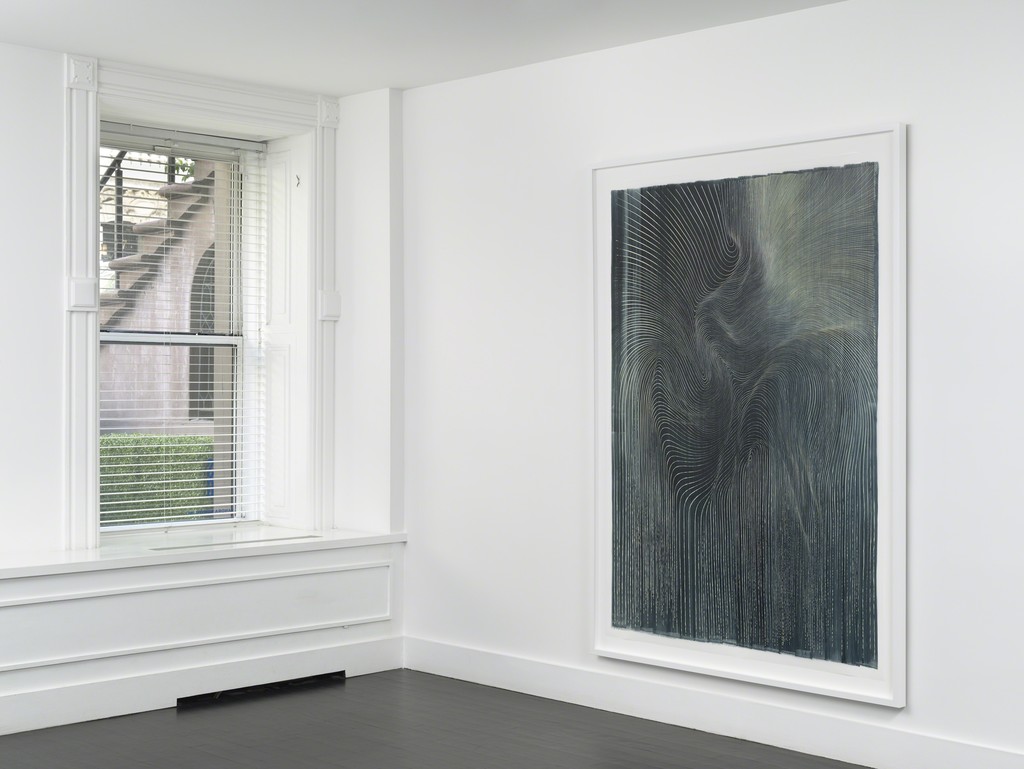 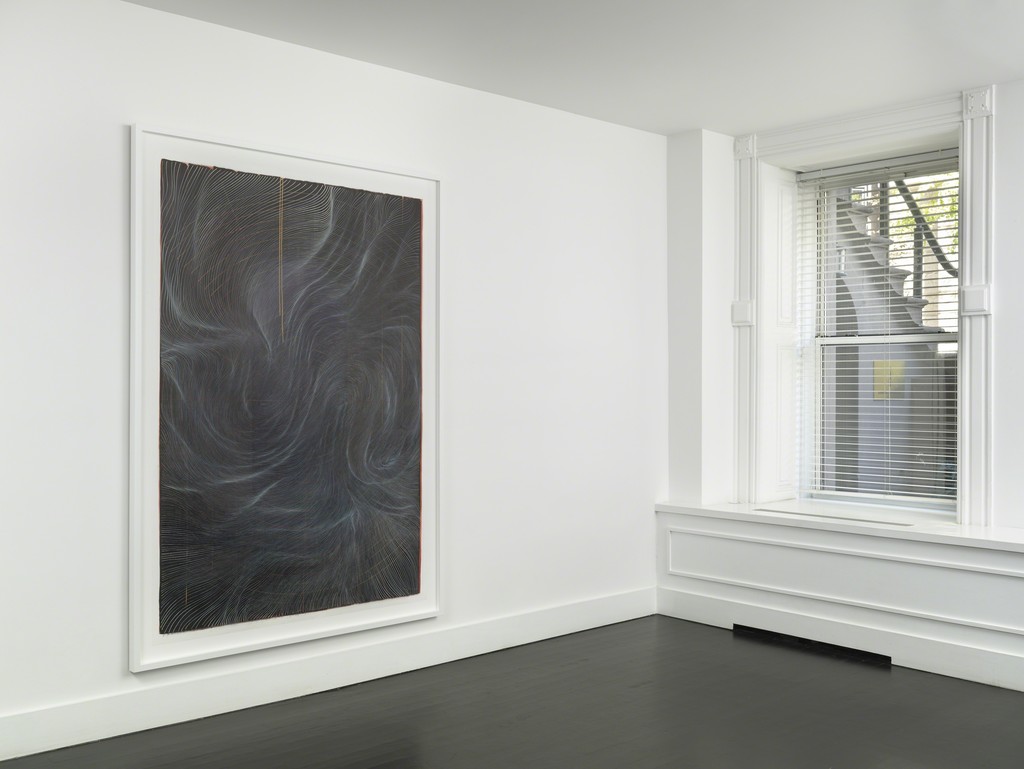 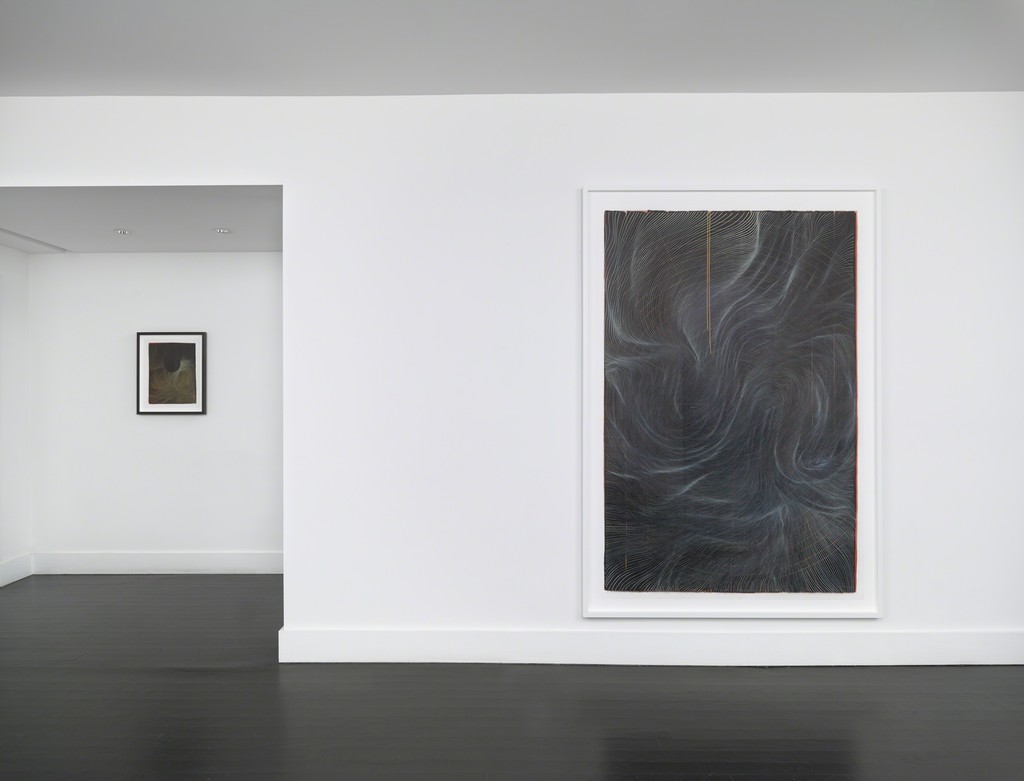 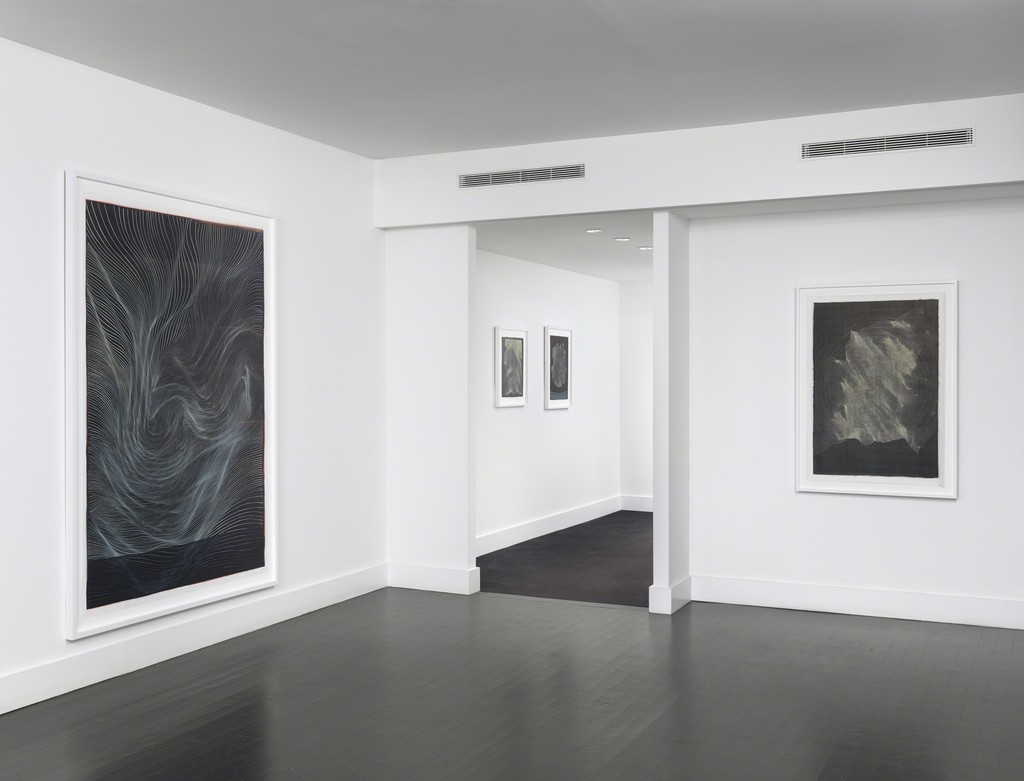 SANDRA GERING INC. is pleased to present Here is what I know is true, Linn Meyers’ first one-person exhibition with the gallery.

Meyers creates elaborate, finely detailed drawings that straddle the definitions of ‘certainty’ and ‘happenstance’. Earlier systems-based works strove for control; using series of grids or interior structures, drawings grew from simple geometric forms to encompass large, flowing fields of lines, which delicately amplified into tangible vibrations. This method eventually evolved to embrace the many imperfections inherent in what has become a looser, more instinctive drawing method, one that develops independent of expectations.

Here is what I know is true showcases a group of new densely layered works ranging in size from 18 inches to several feet in height. Regardless of scale, each drawing gives several impressions: movement is a touchstone of the work as soon as the first lines are laid down. While rule-based art has been at the core of Conceptualism since its earliest years, its ability to be endlessly interpreted has remained constant. In the case of Meyers’ work, there is an inherent balance between gesture and rigidity, chaos and determination. This balance is at the center of each drawing, and its effect is one of fluidity combined with the inevitable; a sonorous effect not unlike the pattern of ocean waves, swarms of insects in flight or the contouring of topographical maps. The labor-intensiveness of Meyers’ output is significantly lightened by its intuitive nature, each drawing describing mass while feeling airy and effortless.

Meyers has had solo exhibitions at The Hammer Museum, Los Angeles, The Phillips Collection, Washington, D.C., the Academy Art Museum, Easton, MD, and the Huntington Museum, Huntington, WV, and has been included in group exhibitions at the Weatherspoon Art Museum, Greensboro, NC, The Smithsonian Museum of American Art, The Hirshhorn Museum & Sculpture Garden, The Corcoran Gallery of Art, Washington, D.C, the Sheldon Museum of Art, Lincoln, NE and the Mattress Factory, Pittsburgh, PA among others. Meyers studied at New York’s Cooper Union and San Francisco’s College of the Arts. She lives and works in Washington, D.C.

Gallery hours are Tuesday through Friday, 10am to 6pm and Saturday, 11am to 5pm. For further information please contact Laura Bloom at 646.336.7183 or [email protected].