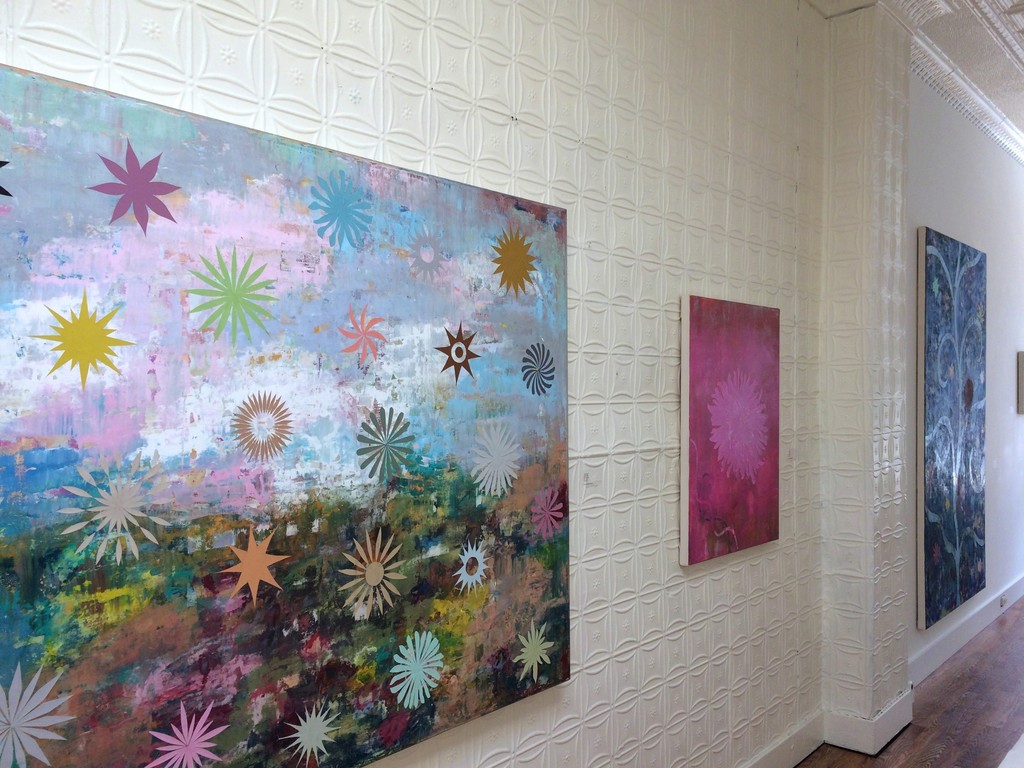 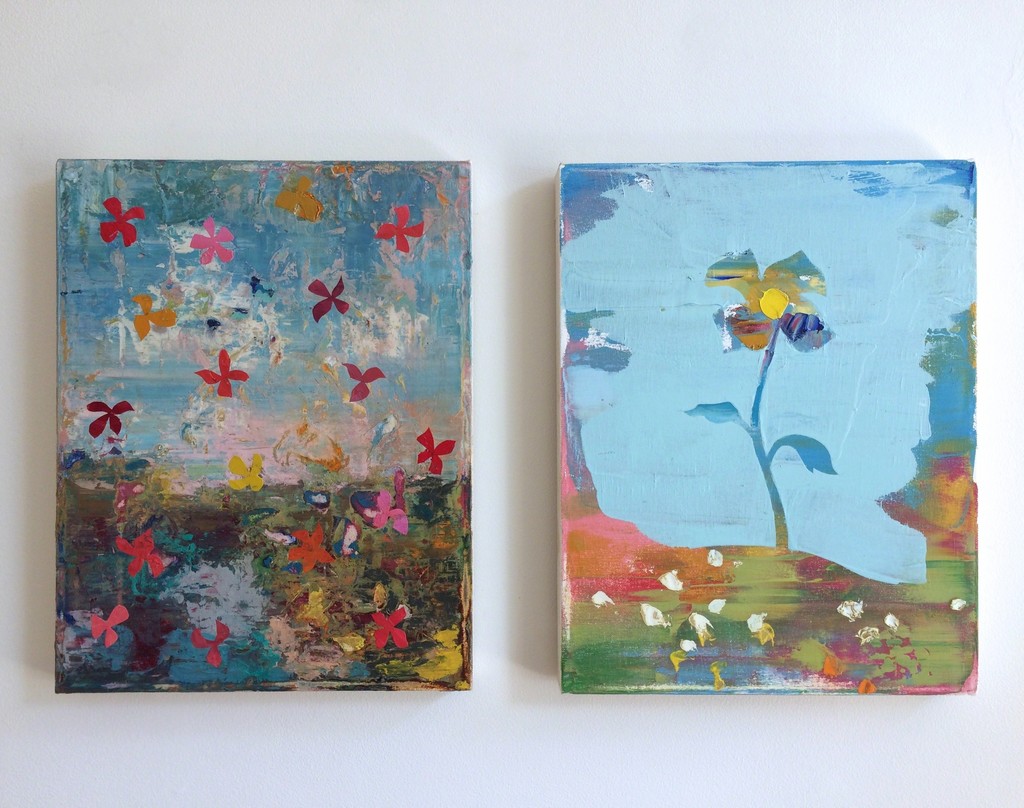 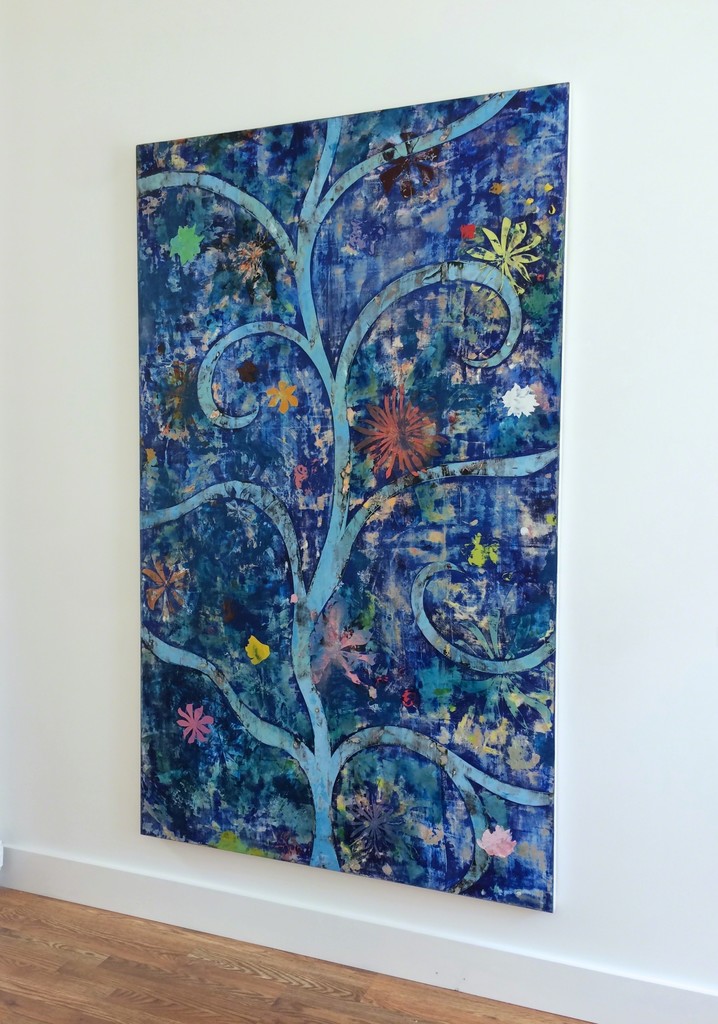 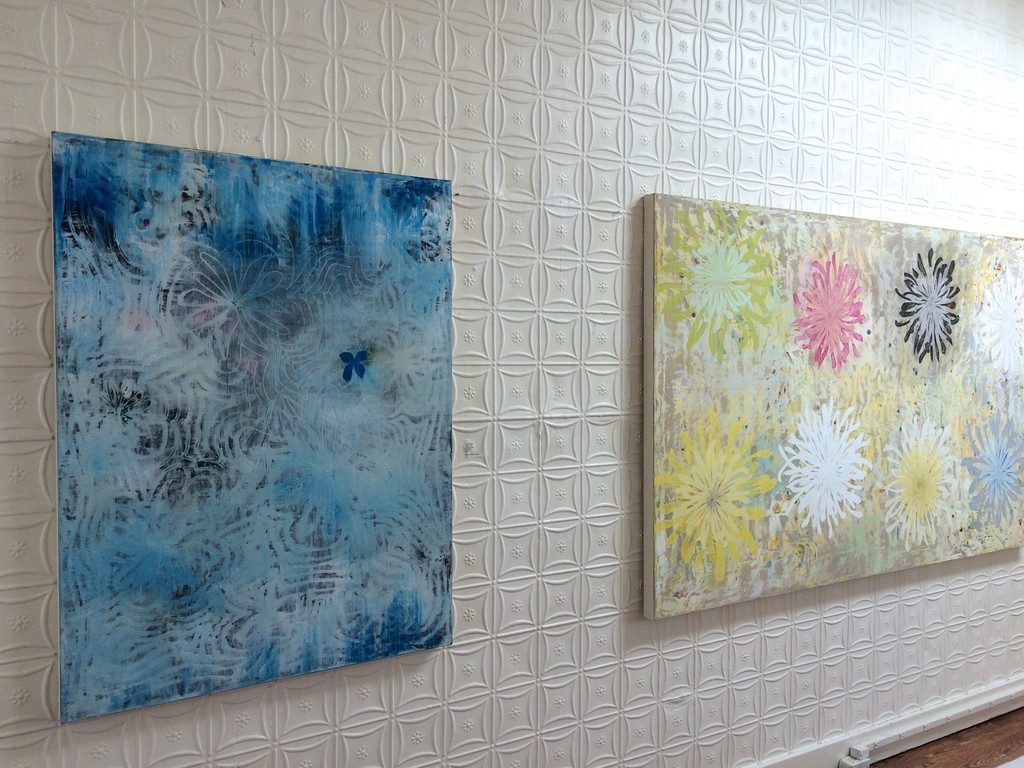 The Flower Tapestry paintings merge elements of Islamic design and European tapestries, expressed through the visual language of abstraction. Design and its connection to human history and spirit are central concerns for Burns. He has long been inspired by pattern and rhythmic repetition, which he views as the representation of a spiritual realm, a “visual mantra".

For this exhibition, Burns reflects specifically on The Blue Mosque in Istanbul, which he visited in 2010. Standing in awe, looking up at the facade, Burns realized the mosque was covered in an “impossible” pattern of over two hundred thousand hand-painted tiles, each one unique. Together they formed a geometry of flowers and climbing vines, over and throughout the mosque, visually reinforcing the spiritual nature of the “massive earthbound” structure.

Through the Flower Tapestry series, Burns continues to explore both personal and universal notions of asymmetrical pattern - formally, aesthetically & spiritually. The flowers stand in for a variety of human experiences - breath, life, love, and spirit. Some of them look like and reference stars, constellations or galaxies - even the lone flowers, which have no earth below or horizon line, but rather float in space. Like tapestries and Islamic patterns, these paintings “extend” beyond the edges of the canvas, a visual metaphor for our spiritual lives. The flowers are for Burns not just ornament, but structure, not just decoration, but essence.

Perry Burns received his BFA from the Rhode Island School of Design and earned a Masters degree from Columbia University in 1994. Since then he has had more than twenty solo exhibitions nationally and internationally, as well as fellowships at the Vermont Studio Center and Virginia Center for the Creative Arts. His work is held in many private and public collections, including the Institute of Contemporary Art, Boston, The Walker Art Center, Minneapolis, The Art Institute of Chicago, The Knight Foundation, Miami and the Heckscher Museum, Huntington, among others. He has exhibited at the Parrish Art Museum, Guild Hall Museum, The Islip Art Museum and the Chautauqua Center for the Visual Arts.