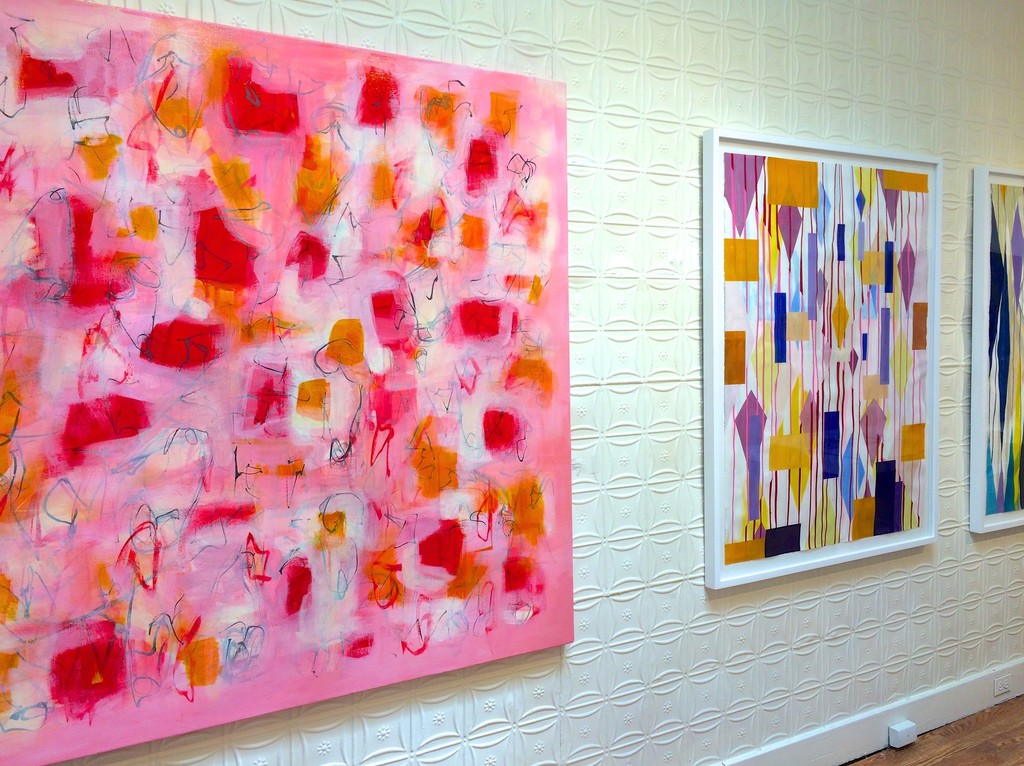 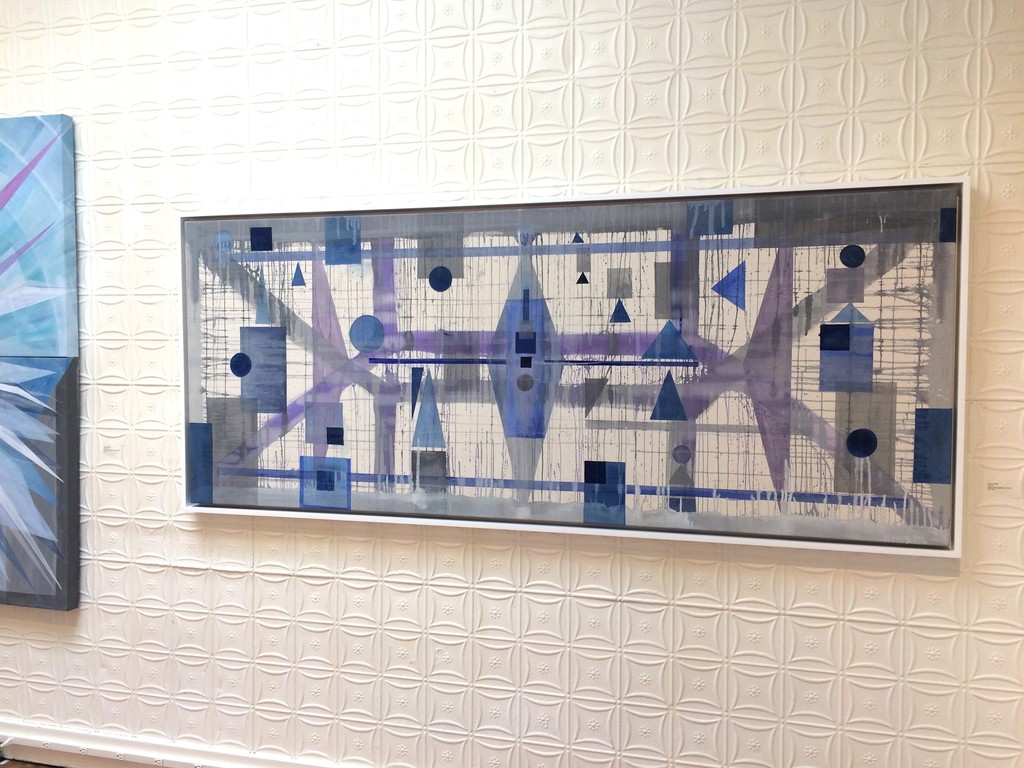 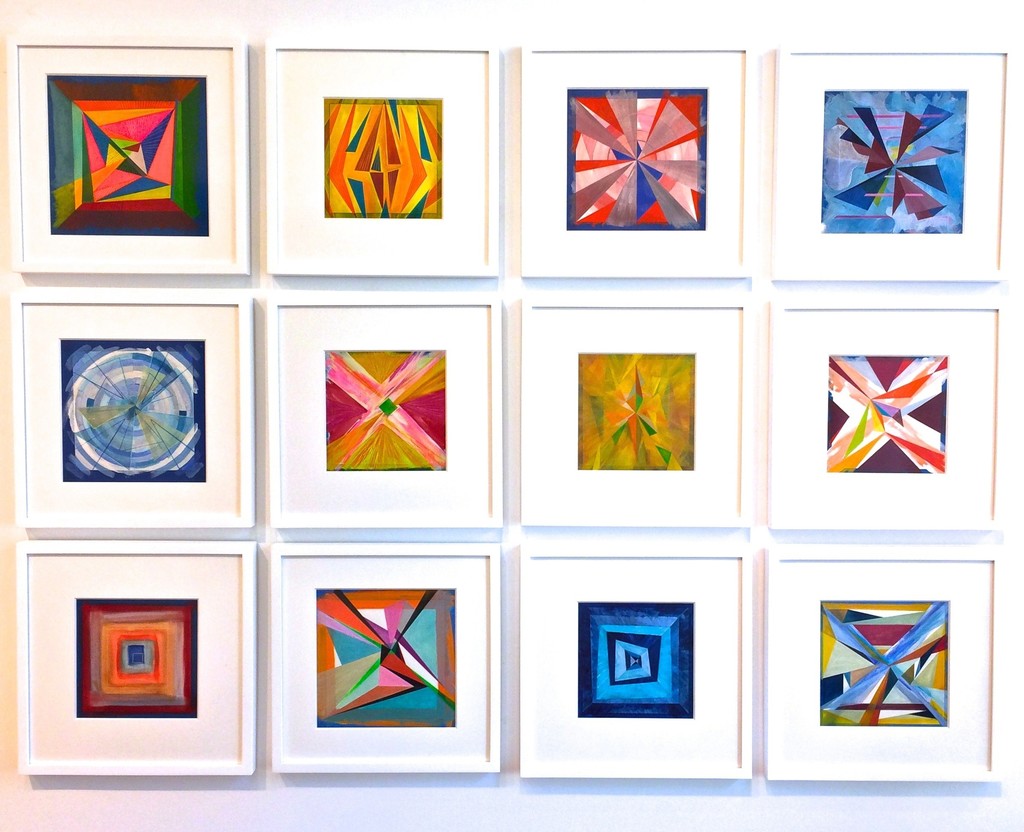 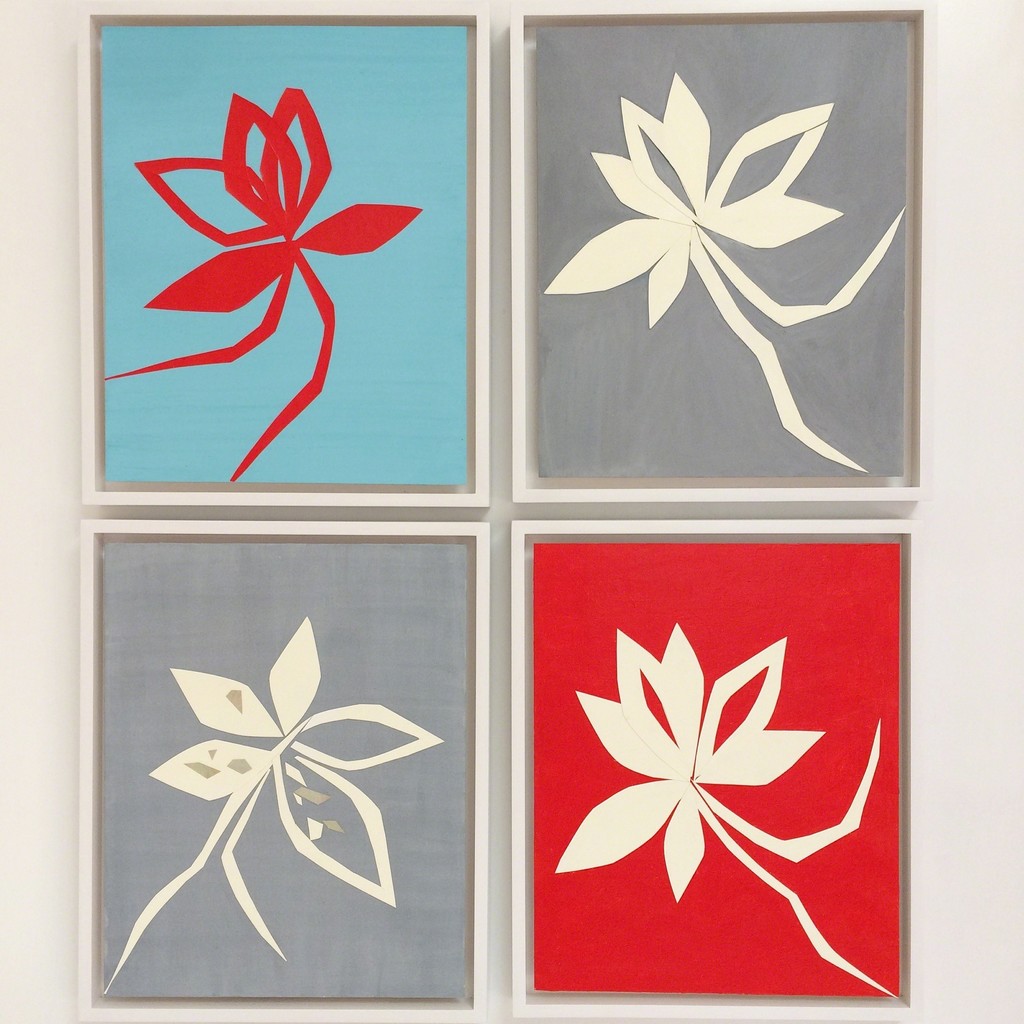 Sara Nightingale Gallery presents Velocity Games: New Work by Margaret Garrett and Steven Kinder, opening Saturday, May 26, 6:00 - 8:00 pm. Both artists are inspired by motion in the natural world and/ or the human body.
Margaret Garrett is an artist and dancer whose abstract paintings allude to the qualities of rhythm and movement. Trained as dancer, she left home at the age of sixteen to join the Pennsylvania Ballet and later danced with the Cleveland Ballet as a soloist. She began to paint in her early twenties, finding something spiritually akin to dance in the movement of line and color. Garrett’s approach to painting is strongly influenced by her early training in dance. “When I begin working on a new piece, I see the paper or canvas as an empty stage…” Texture, form, and the interaction of colors are, for her, manifestations of motion, rhythm, and energy.

Garrett works in ongoing series, such as her Tuning Fields series, in which line-driven layers of color create loose, yet formal, fields of motion. In her Choros series, shapes have a solid, even muscular form, conveying a sense of motion and choreography. Garrett has recently returned to dance, filming herself moving and then using stills, video clips and screenshots as inspiration for her paintings. Her dances are for her “drawings in space"; a video piece is included in the exhibition.

Steven Kinder attended Cooper Union and has been making drawings, paintings, and large scale installations inspired by movement, energy and "natural forces" for over four decades. His recent work advances his interests in various forms of dynamic tension found in nature, specifically tidal bores, surges, and whirlpools. Even his easel is not static; he designed a rotating mount for his works.
Kinder wants his work to "call out in some way". He is inspired by the eternal color of Rothko, the angst embedded in the figures of Bacon, and geometric abstractions.

In his recent work, Kinder further explores tension and balance between the intuitive, gestural mark and the intellectual organization of form. His nine inch square drawings, a format he has been using for years, have now become templates for his larger paintings. In these templates, Kinder explores how form and color can come together and break apart while maintaining compositional integrity inside a small space. When Kinder translates the small drawings onto larger canvases, there is a palpable and necessary shift of pressure, color intensity and rhythm.

Works of various mediums and scale by both artists will be included in the exhibition. Margaret Garrett lives and works on Shelter Island. Steven Kinder has studios in Water Mill and Brooklyn.