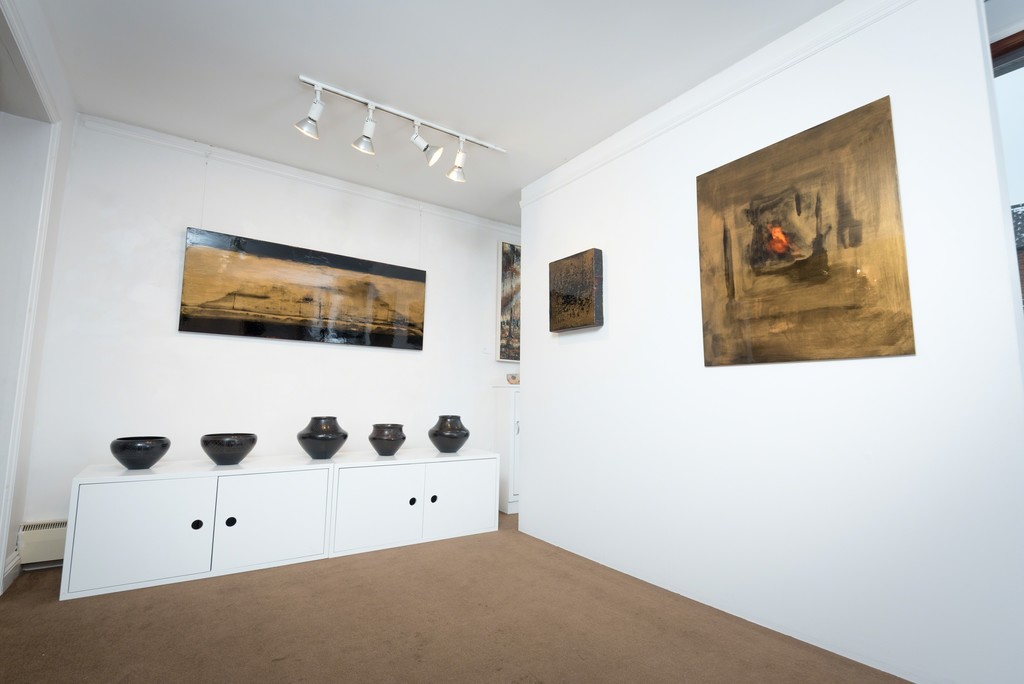 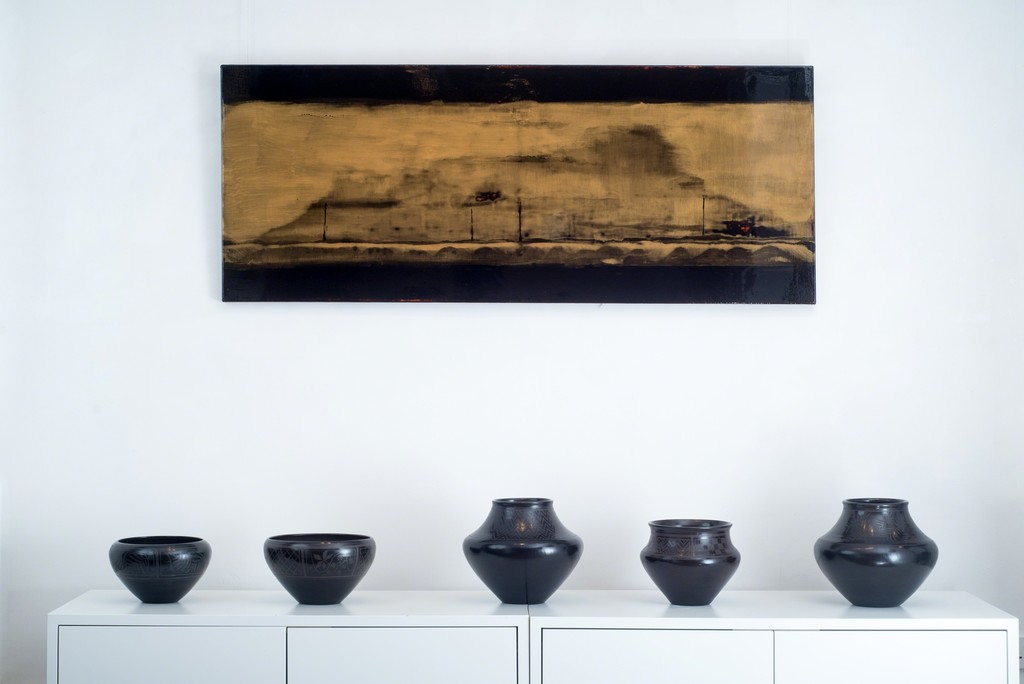 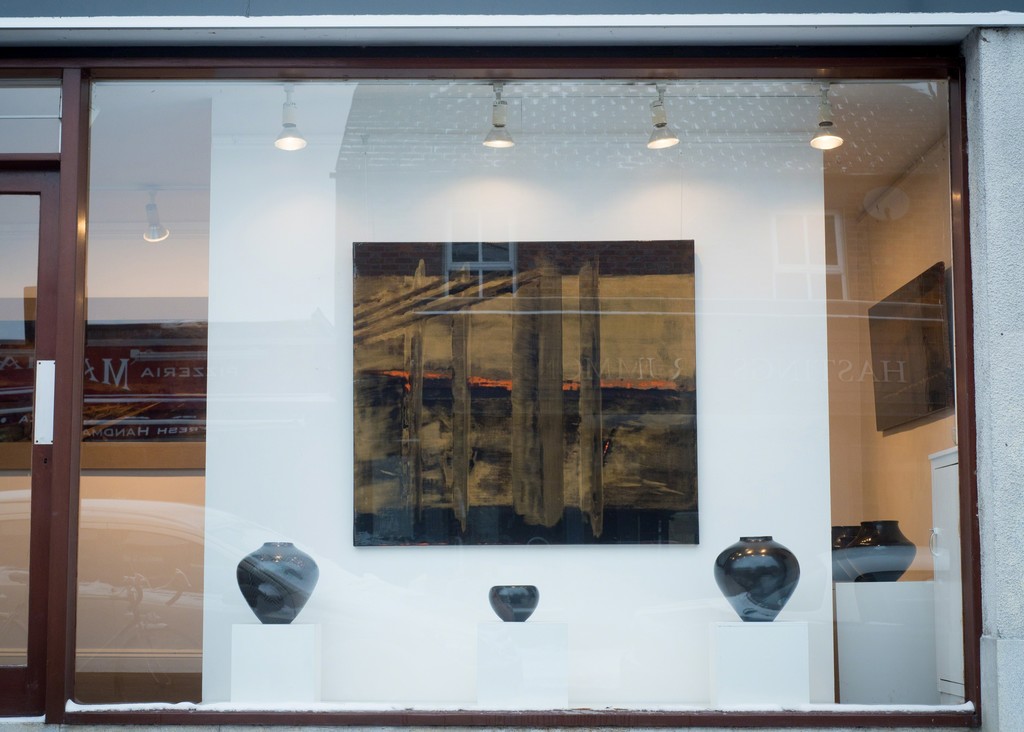 Simon J Harris is best known for his large-scale, glossy paintings that are distinguished by their polished appearance, deep hue and a surface that shimmers.
‘Electric Cherry Blossom’ was inspired by a recent visit he made to the Van Gogh Museum in Amsterdam. ‘It’s a title I’ve been playing around with in my head for a while now,’ Simon explains. ‘I like it because it hints at a narrative, without being too prescriptive.’
Simon J Harris’ work is indeed all about finding a certain narrative or story, but at the same time his painting remains elusive and enigmatic. He is in essence concerned with painting as an act in and of itself, exploring the interplay between the recognisable and abstracted expression. He describes the making of a painting that ‘denies the authorial brush of the artist,’ and because of his time consuming and labour-intensive methods, is at odds with modern day immediacy of digital image production.
His influences are varied; he cites Van Gogh and Japanese printmaking; Vermeer and Rembrandt; Cinematography. These influences all reference developments in our understanding and preoccupation with pictorial space, and how abstract, apparently empty spaces can carry so much more weight in a painting or an image than we might first realise.
Each work is laboriously produced, with layers of paint and medium painstakingly applied, allowed to dry, before being sanded back. ‘As the paint is removed, the image is created,’ says Simon. ‘My mother in law once said she felt she was inside one of my paintings looking out, which I think is a fabulous concept.’
Sarah Wiseman discovered Simon J Harris’s work in 2005, shortly after his graduation from Wolverhampton School of Art, at an exhibition in a casino in Cannes.
Seeing something innovative in his painting, they struck up a conversation and Simon began exhibiting with Sarah Wiseman Gallery in the following year.
‘The physicality and scale of his painting envelops the viewer, making his works not only an immersive experience but a reflective one as the viewer sees their own image gazing back in the surface,’ she explains.
Simon is a full-time artist, also lecturing in fine art practice at Wolverhampton University. However, his career pathway wasn’t a conventional one. A qualified nurse, he has worked tirelessly at his painting alongside a busy life on a hospital ward. He remembers a book of painting exercises he bought for himself as a Christmas gift;
‘I was a first-year student nurse living away from home and in the nursing accommodation. I was the only student nurse in the block that was working on Christmas day. It was my first time away, so I had bought my family presents and knowing I wasn’t going to be at home. I also bought myself a present, which I wrapped, so I had something to open. It was a book called, something like, ‘So you always wanted to be an artist but didn’t think you are good enough’ It was full of simple painterly exercises, which I loved. I guess it grew in scale from there.’
Simon went on to complete a degree in Fine Art, at Wolverhampton University, followed by an MA and PhD in Fine Art Practice, all whilst continuing to practice as a nurse. He has built an impressive exhibition CV and his work is now found in many private collections.
'Electric Cherry Blossom' will be Simon J Harris' second solo exhibition at Sarah Wiseman Gallery, following on from the overview of his PhD practice in the 2015 exhibit 'Revealing The Image'