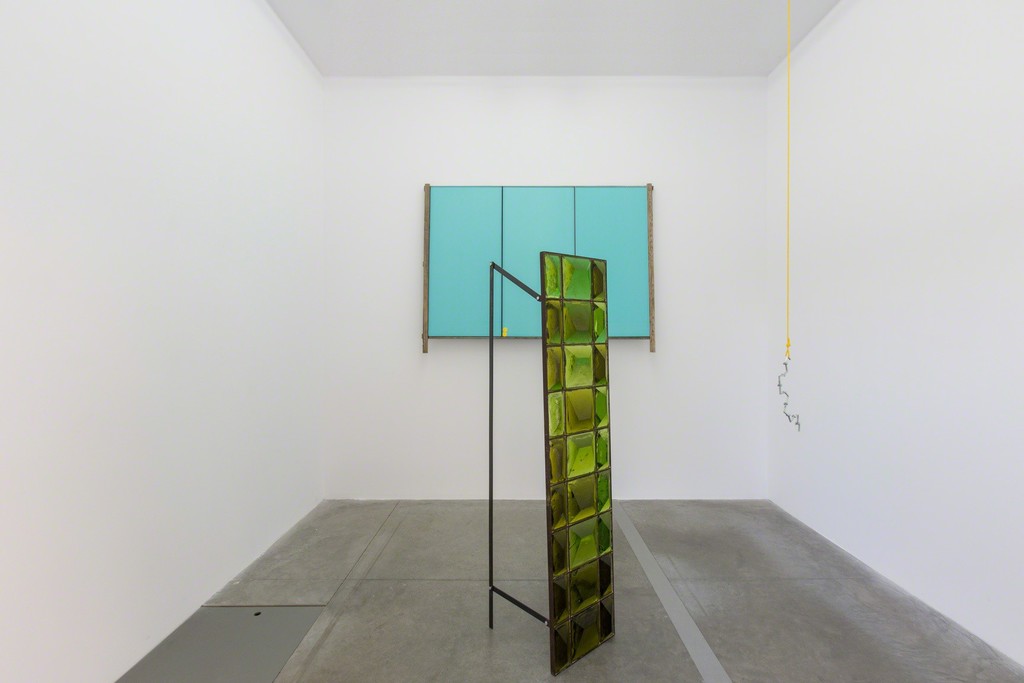 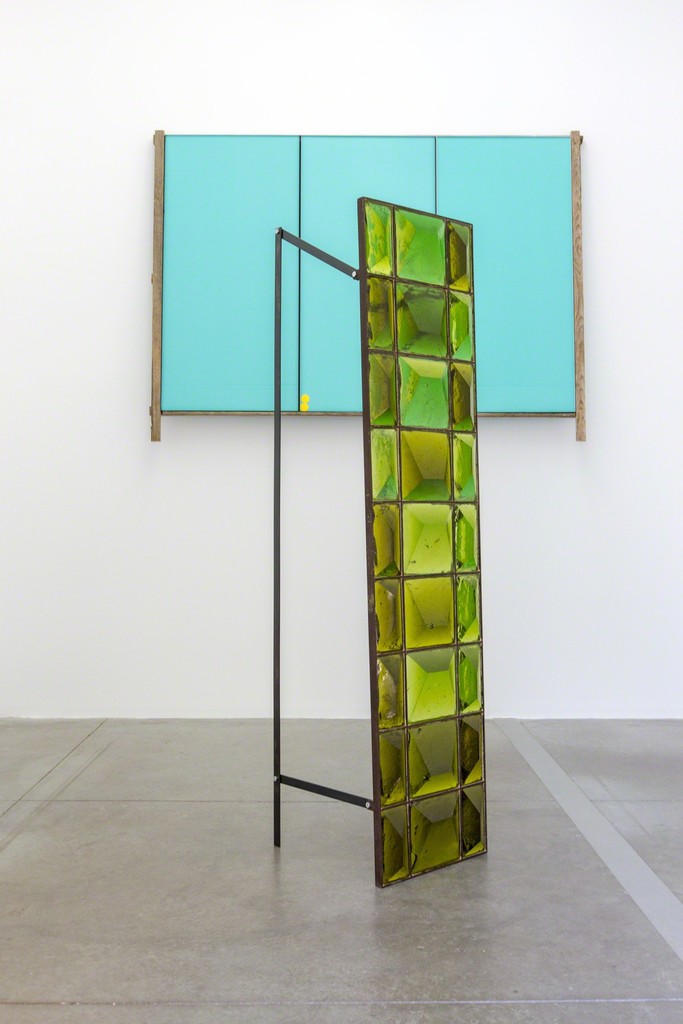 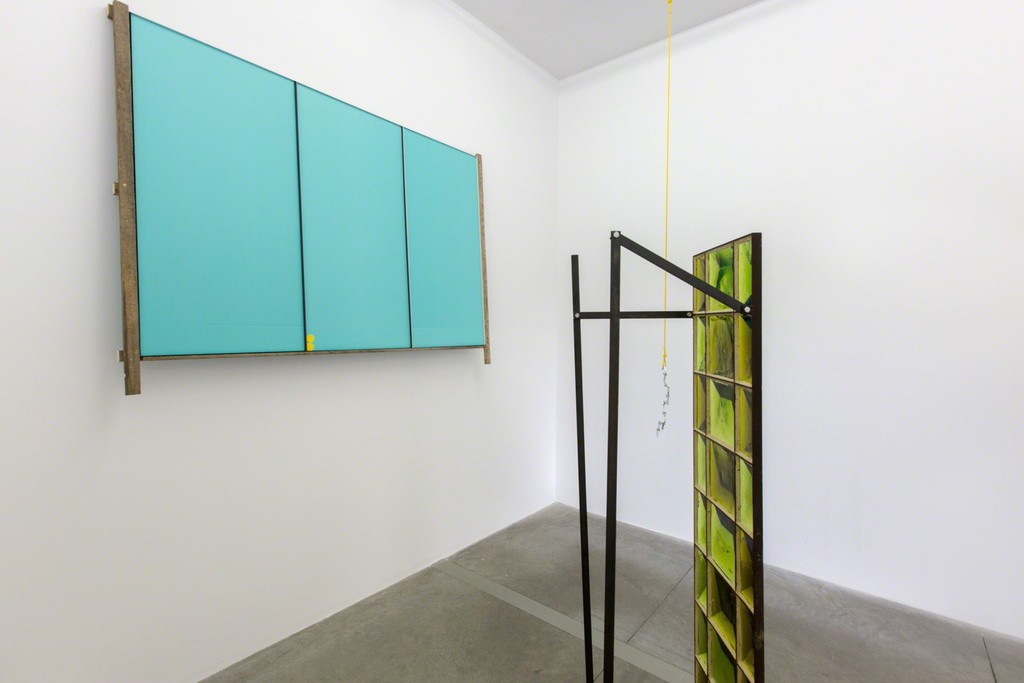 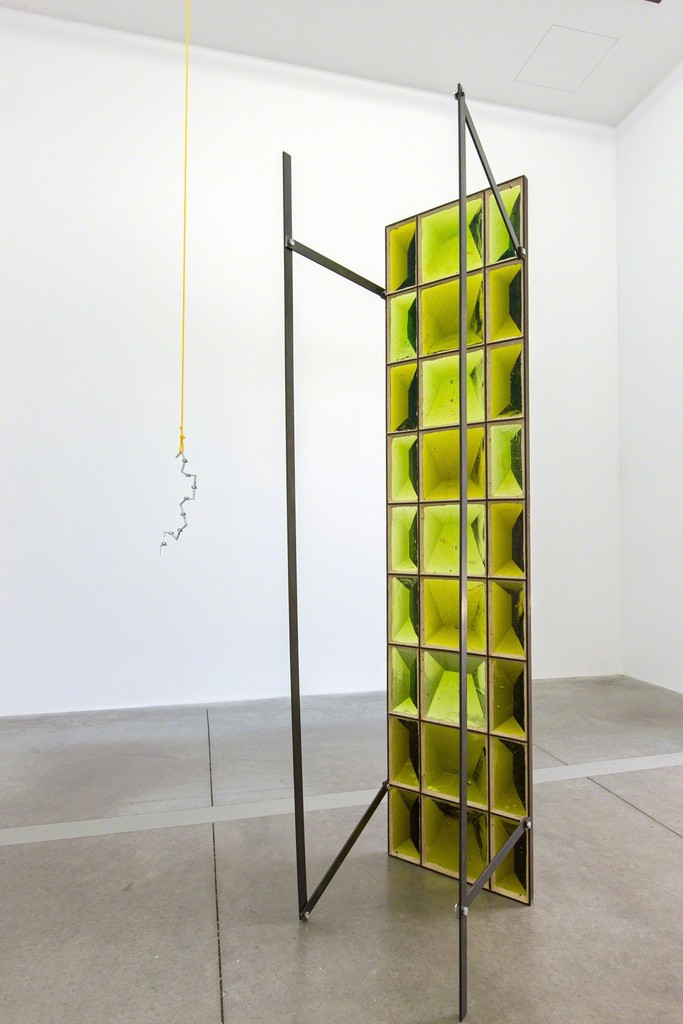 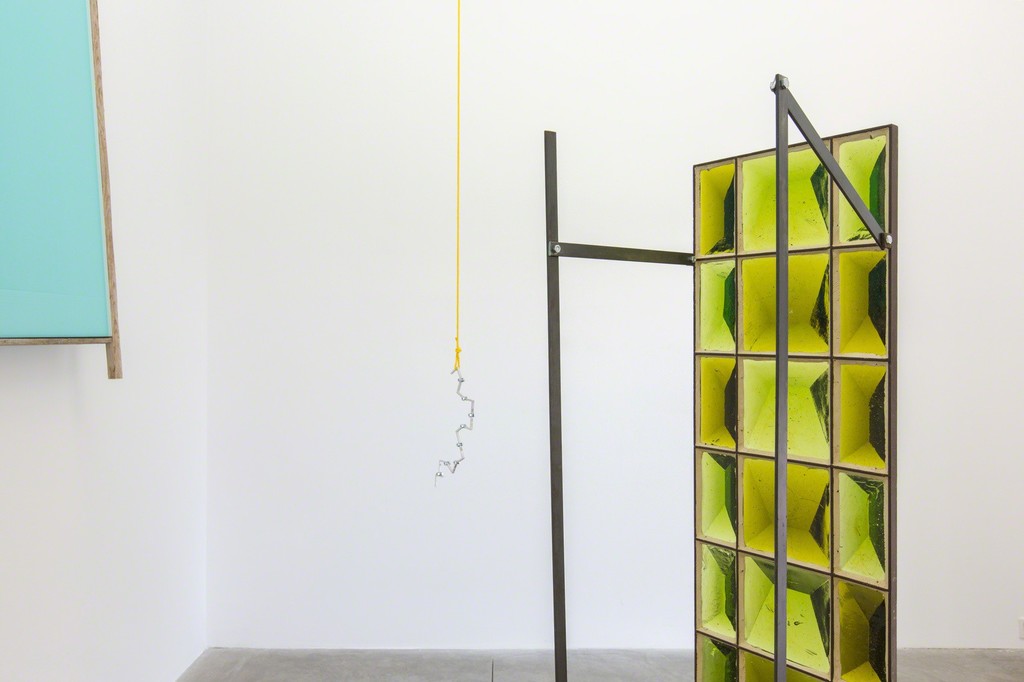 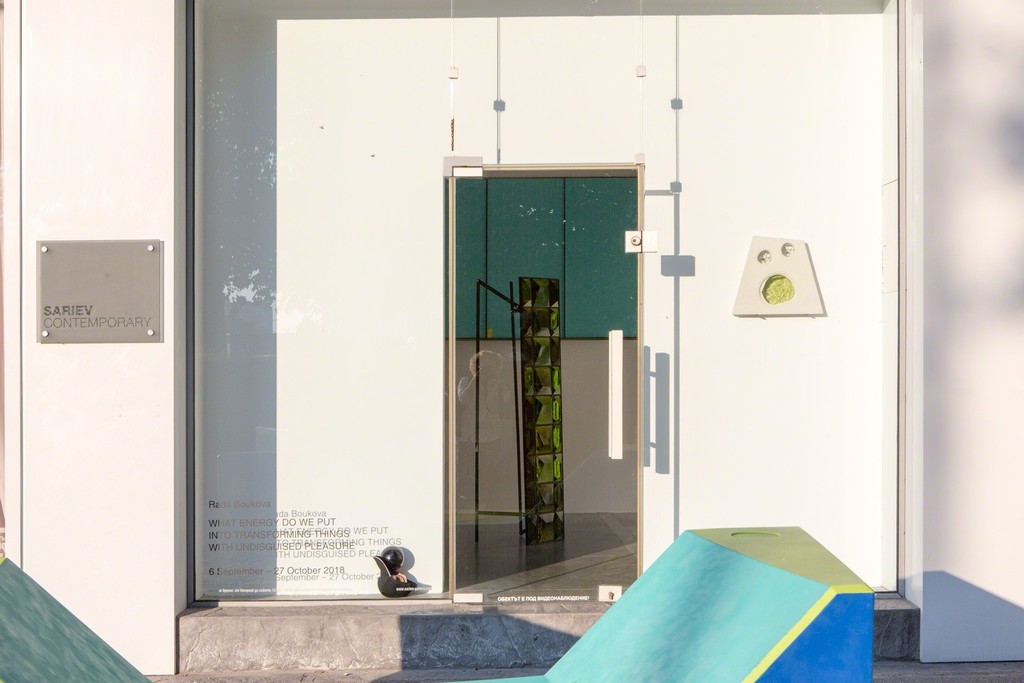 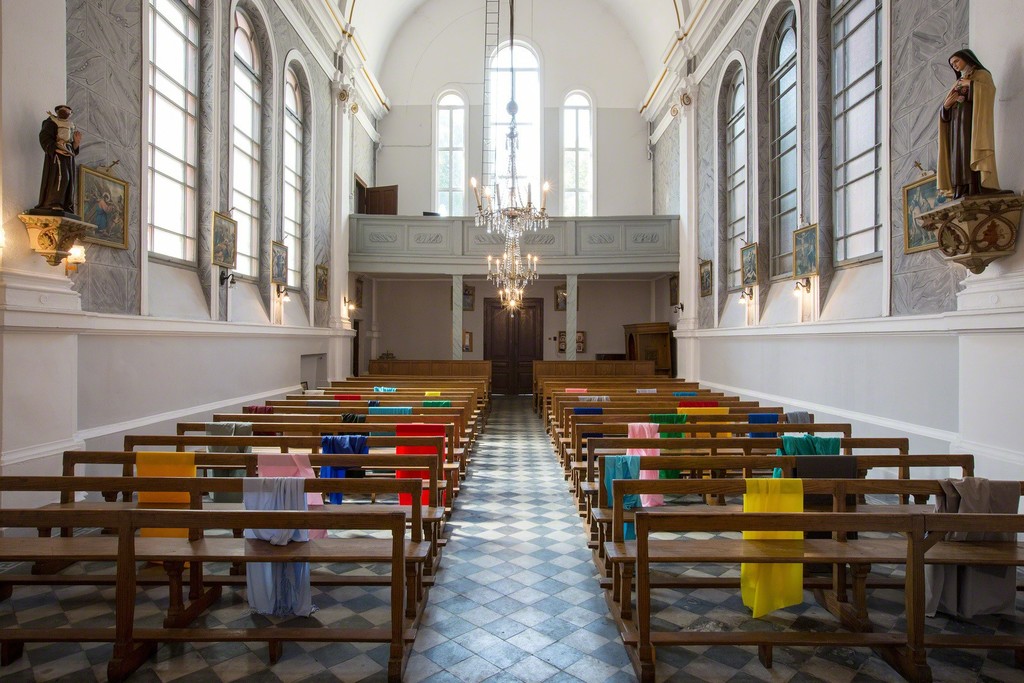 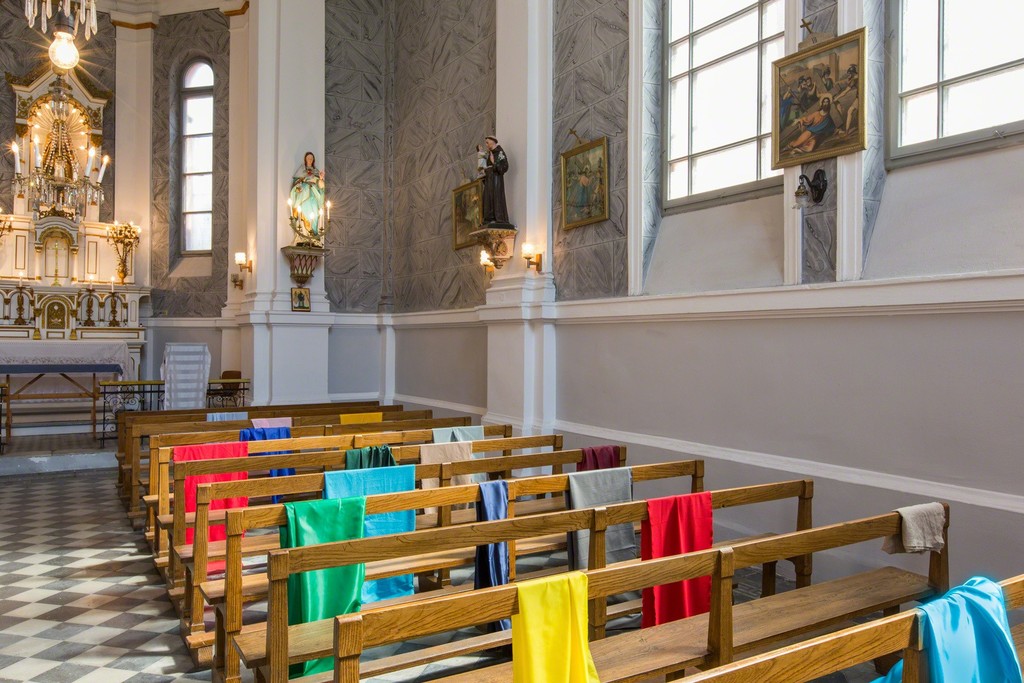 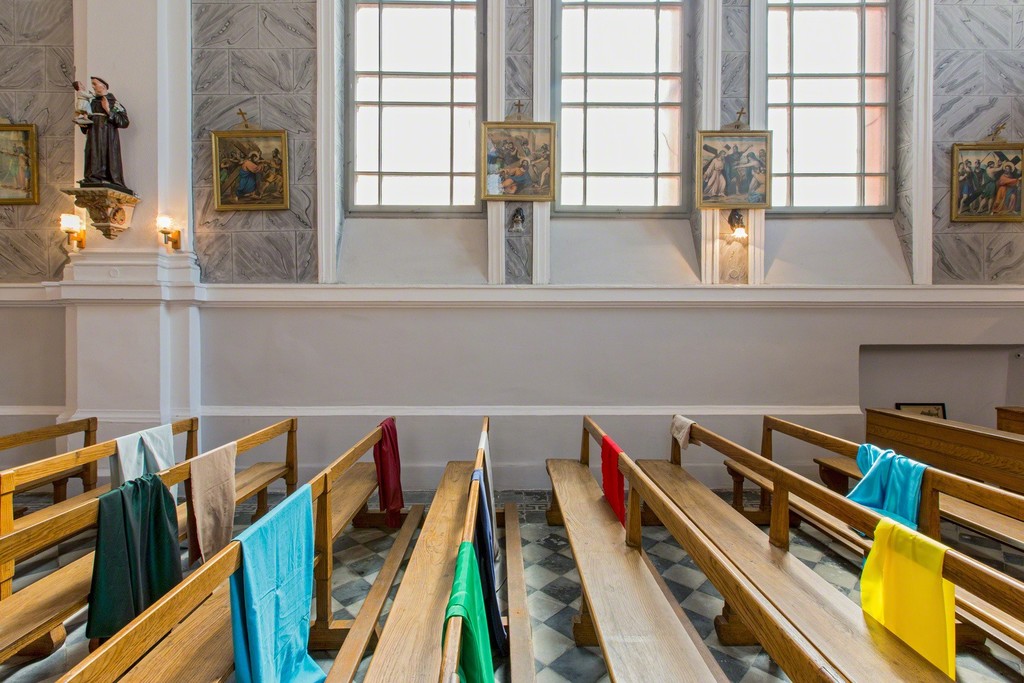 SARIEV Contemporary is pleased to present the solo show “What energy do we put into transforming things, with undisguised pleasure” by the gallery represented artist Rada Boukova. The exhibition will be presented in two locations in Plovdiv – the white cube of SARIEV Contemporary on 40 Otets Paisiy Str. and the Catholic Church from the 19th century St. Joseph. The exhibition will present new works by the author, as well as an artwork specially created for the space of St. Joseph Church.
During the show will be presented the newly published catalogue by Rada Boukova "РБ/RB", issued by SARIEV Contemporary with the support of Gaudenz B. Ruf Award.

What energy do we put into transforming things, with undisguised pleasure

When EL told her about an artist mixing materials caught in some sort of multicolored magma that, already solidified, he cuts and assembles in a composition of shapes, RB said to herself that it was an image of a process common to many artists around her and herself. This magmatic blend of fabrics, images and ideas, she portrayed as an exhibition in which to gather ten authors, sharing the invested energy consumption and the pleasure of eventual transformation.
In response to this, ES shared about GB and his idea about the consumption and assumed that this transformation pleasure was a consequence of energy consumption, or in one sentence: What energy do we put into transforming things, with undisguised pleasure!

A few years later RB and SR briefly turned aside, united under the same title. A deviation that allowed them to rethink the muscle, brain, time and money costs in the widest sense, as well as the waste and energy needed for every economy.
Reading their beloved HB, they were lost in a territory in which functional objects become abstract and non-working, a projection of a non-functioning brain with manifestations of occasional neural terrain and failed synaptic connections. And then P and S tried to do just that – to connect them with the help of all kinds of energy ...

Now RB underlined the words of G from the passage at the moment when he is on the river bank flowing among the bed of debris and waste:

"And when looking from this place, through the waves piercing like crystal threads, to the dark, incomprehensible bottom, there could be seen here and there things that glow with golden reflections and whose reflections attract: obscure objects, maybe a piece of an old saucer or a distorted, dropped sickle or a smooth and shining stone, a varnished tile, sometimes it may be a muddy fish, fat carp, that turns at the bottom and for a moment takes a light beam on its scales or the bright fins on its stomach; you can never know what it is, but the beauty of this glimmer, this light is always magical and glamorous, softened by the water, reflected for a moment by the gold absorbed in the damp, dark depths. It seemed to him that all true mysteries, all true and authentic images of the soul were like this little mystery of water, without a distinct state, nor form, only with possibilities vaguely perceived as beautiful, distant, behind a veil, having all sorts of meanings." He got up and went to work.

Rada Boukova was born 1973 in Sofia. She lives and works in Paris. Whether it is video, photographs, installations, objects or exhibition projects, she explores the remains of the ideological, economic, and social changes. For her, art is a game of forms and colors, but also a carefully chosen word or word pun, which is rooted in simple but unexpected formal analogies.

Opening hours of the exhibition:

You can join us every Thursday when we have small talks and organized tours to the church starting at 5:30 pm at SARIEV Contemporary and departing at 6 pm towards the St. Joseph Church.