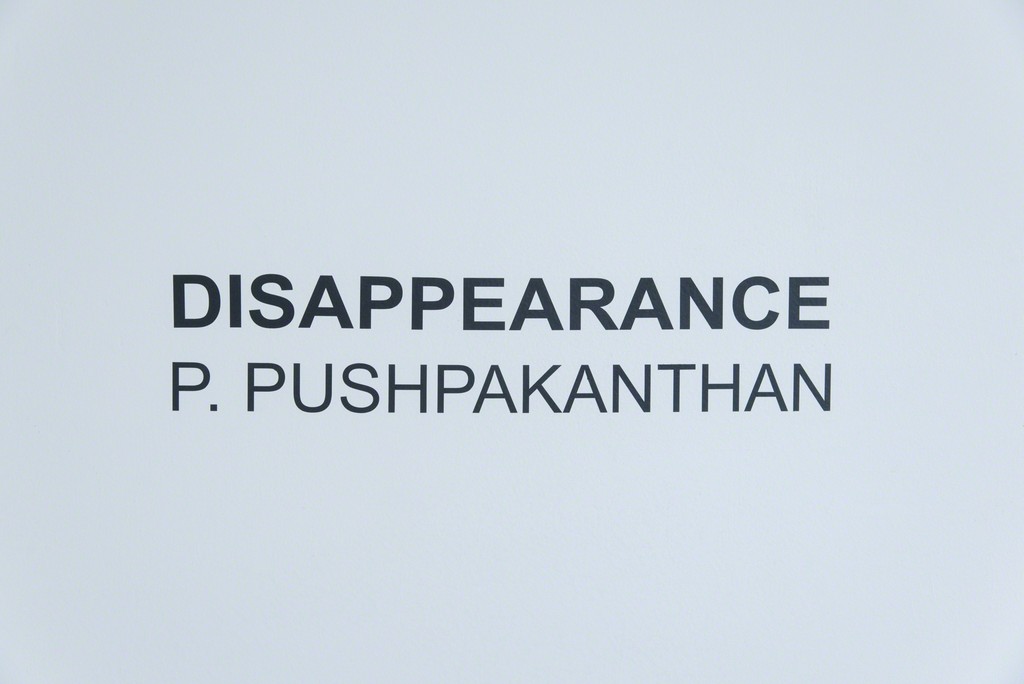 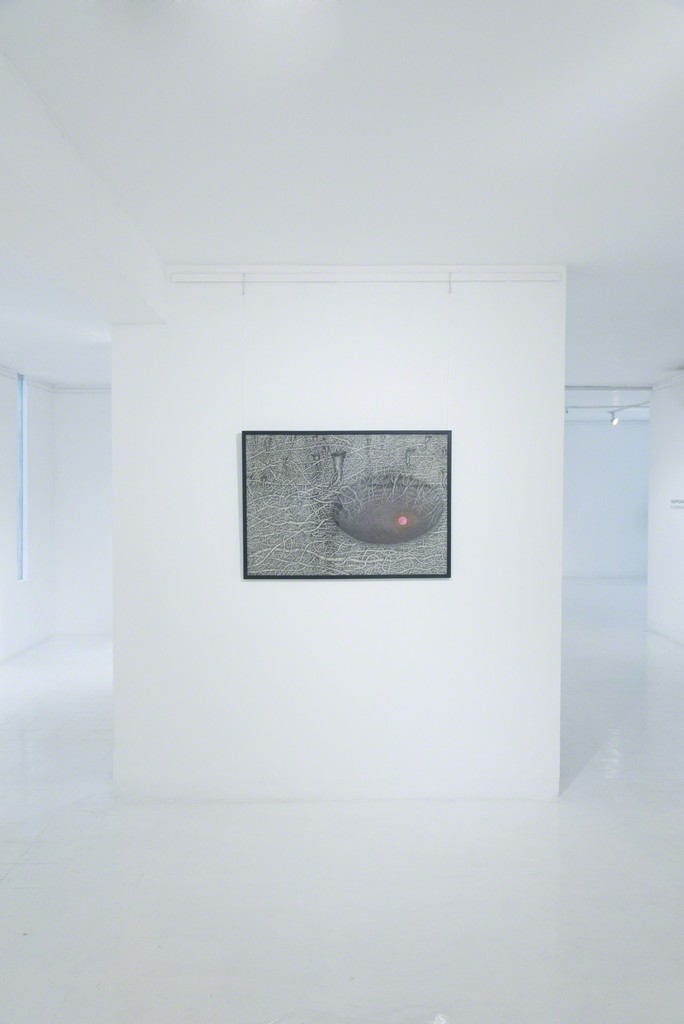 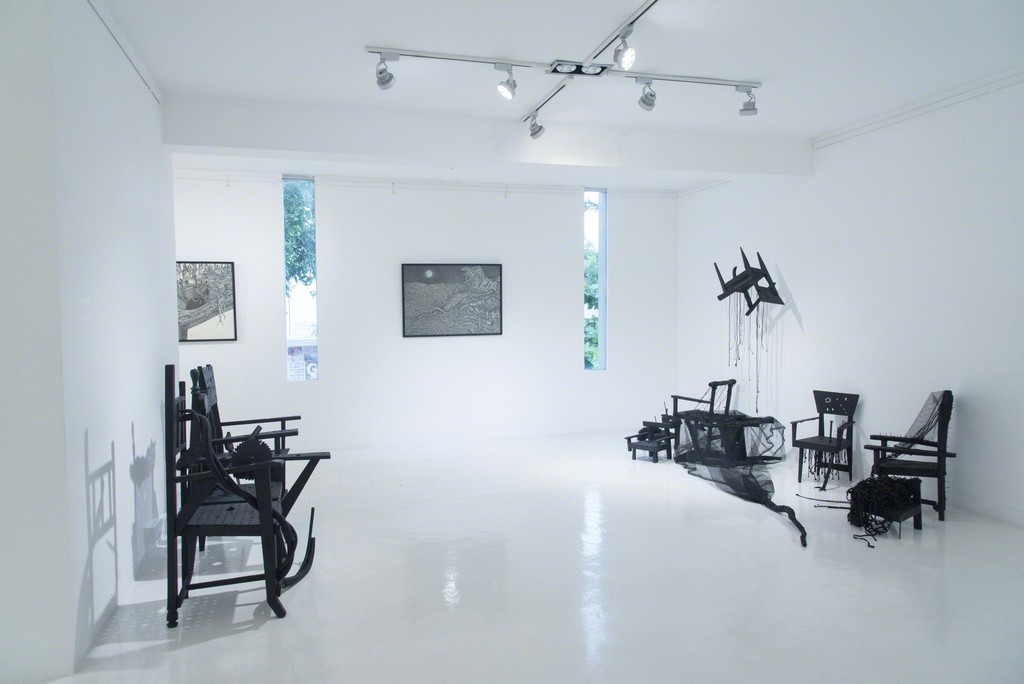 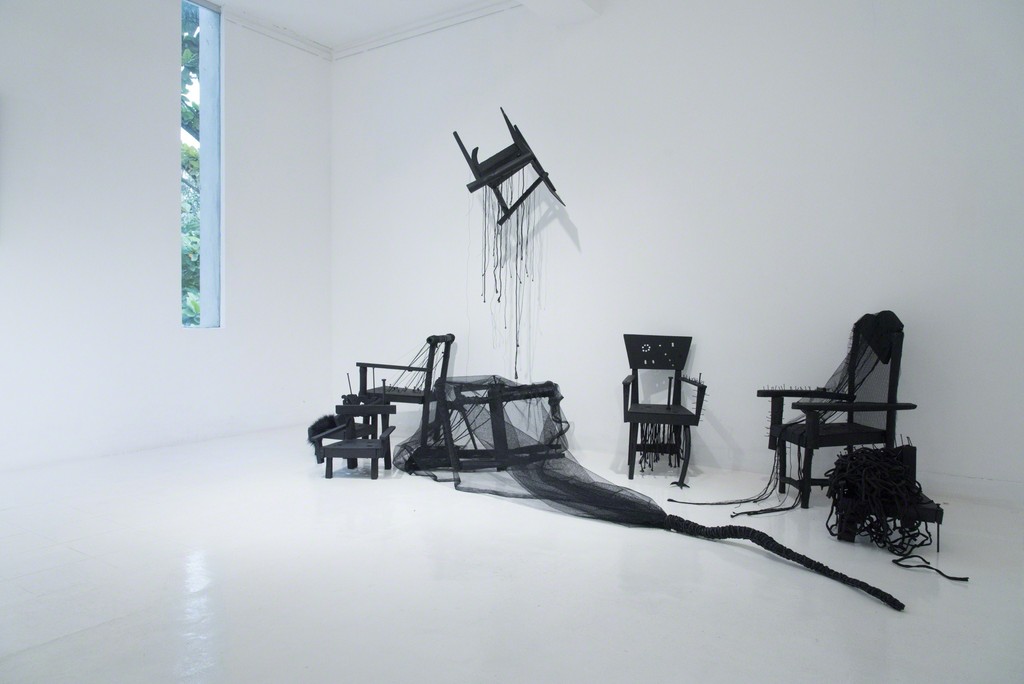 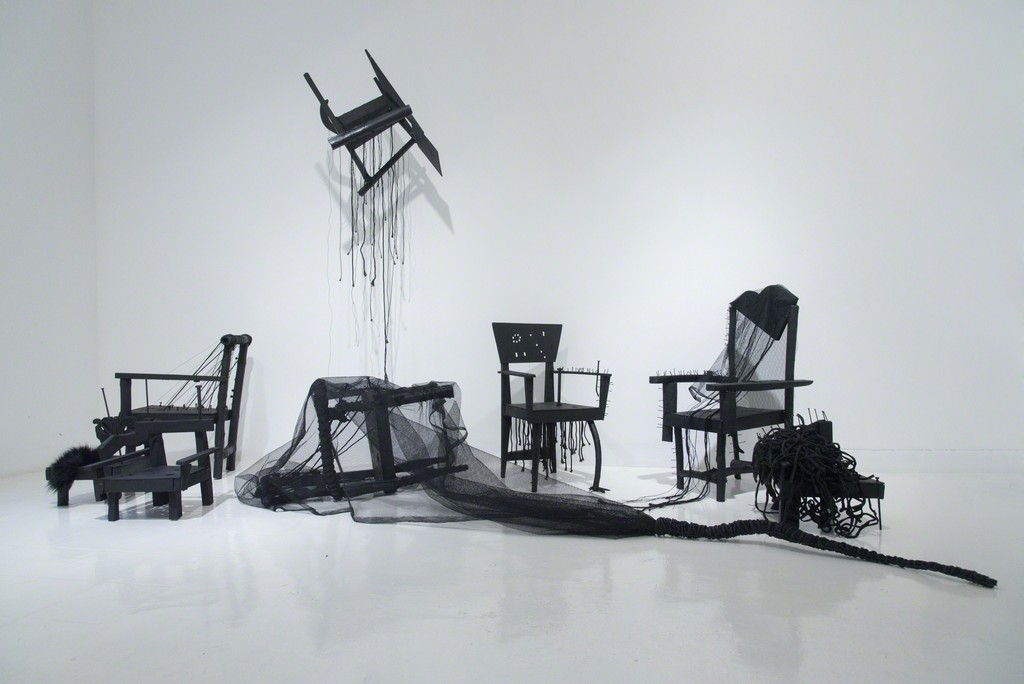 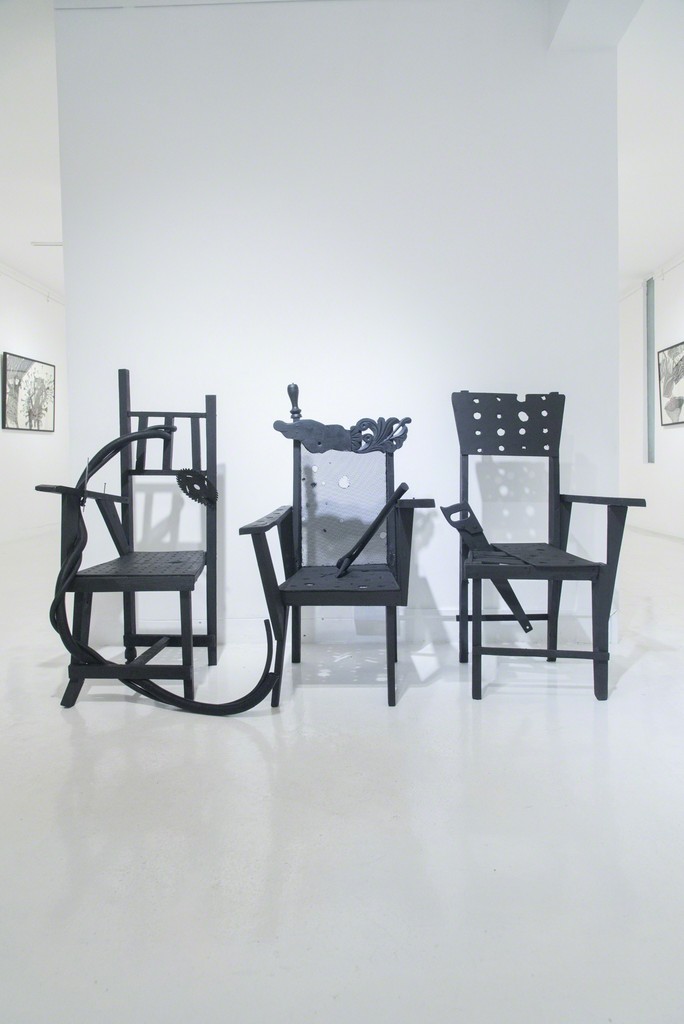 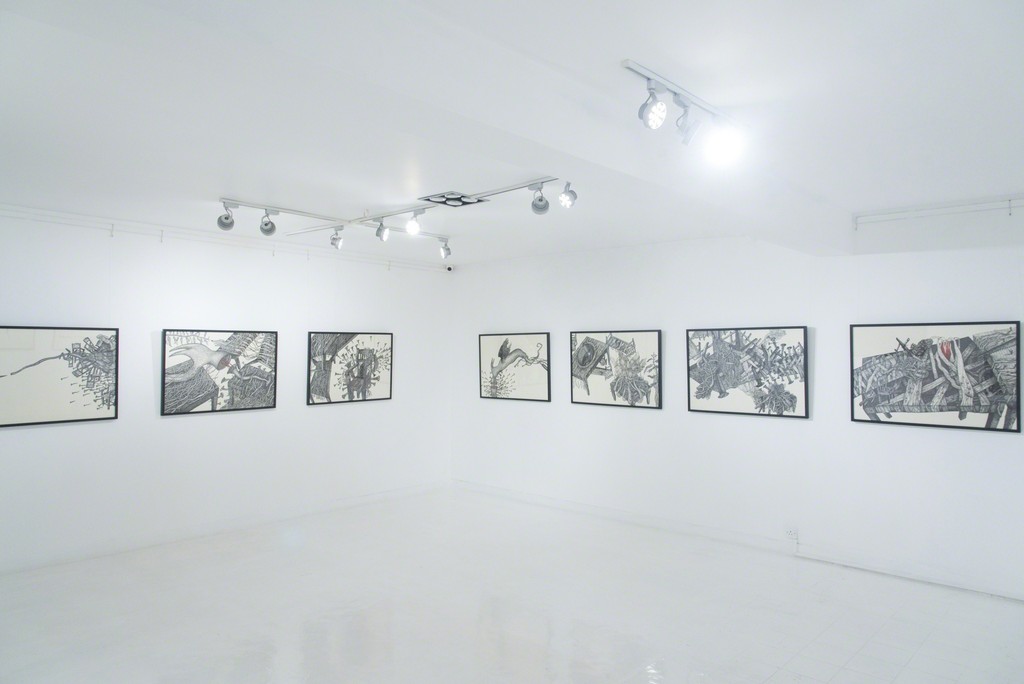 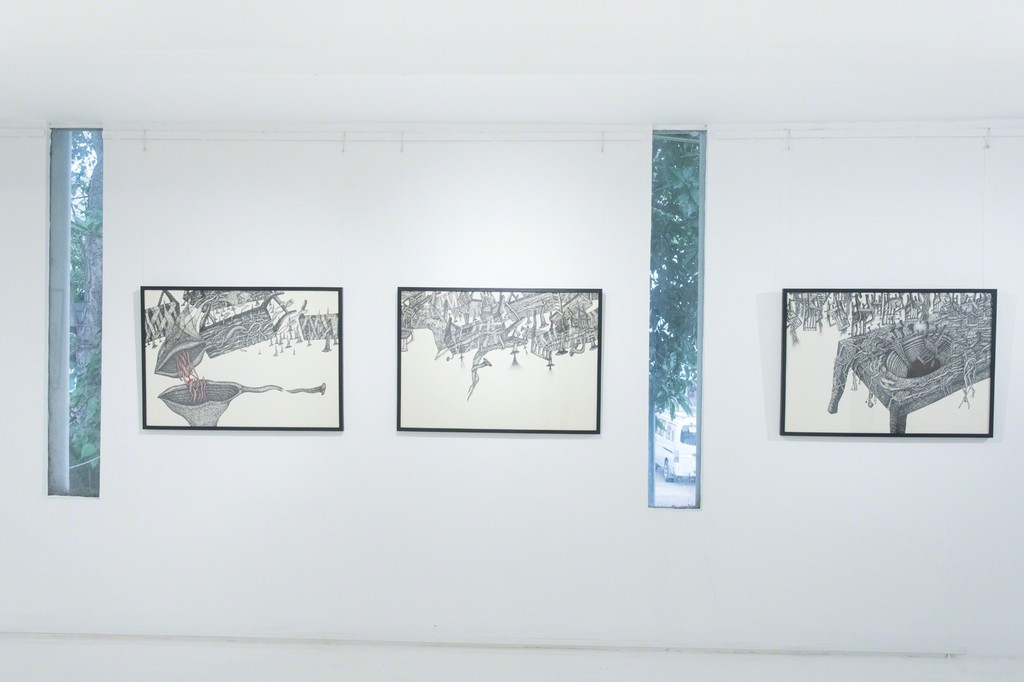 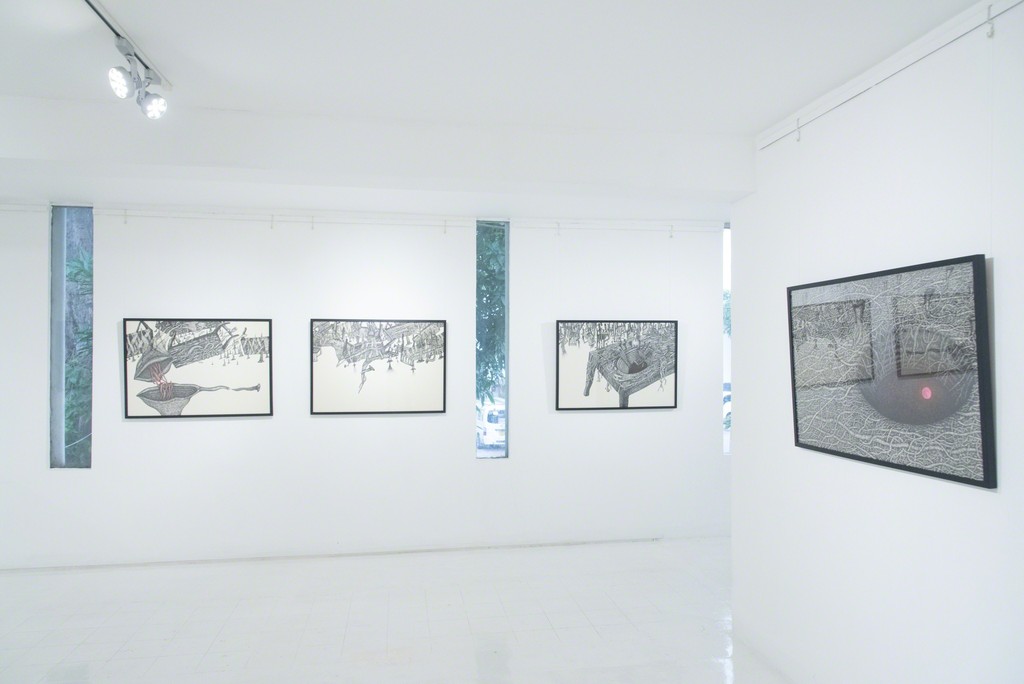 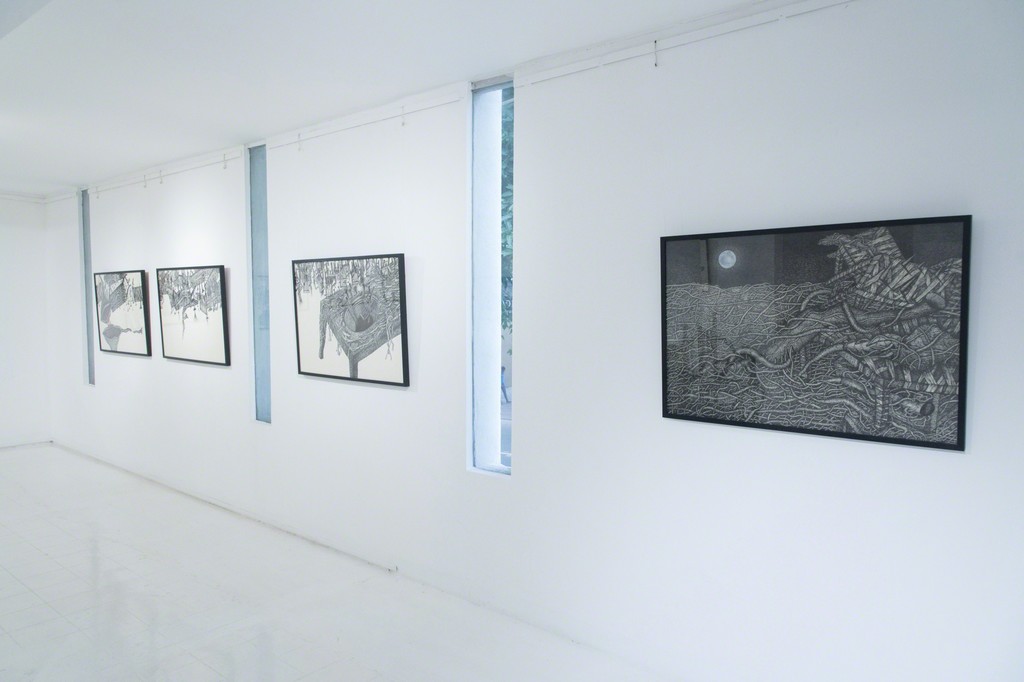 P. Pushpakanthan first presented his work in a group show curated by his University Professor and
established contemporary artist Thamotharampillai Shanaathanan. The exhibition featured work by

seven artists and was titled ‘Seven Conversations’. The exhibition consisted largely of his self-
narrative body of work focused on the struggle the artist experienced as a child and young adult

during the war. It is in this series that Pushpakanthan first exhibited his drawing on paper, a medium
and style he has continued with in this, his second solo exhibition titled ‘Disappearance’. In an
effort to evolve his practice and expression as a young artist, the work confronts the subjects of
disappearance, reconciliation and the still pending closure for families whose loved ones have been
missing since the end of the civil war.
“This ‘Disappearance’ series is about those who disappeared in the last war of Sri Lanka. People are
still waiting for their loved ones. Children miss parents, parents suffer for lost children, and spouses
grieve for their missing partners. Parents whose children were forcefully recruited to fight continue
to suffer as many of them still have not returned. I believe disappearance is more of an emotional
torture than a question of recovering the dead bodies of consanguinity. It concerns haunting
memories, imagination and fear. Therefore, through this series, I try to express the fear and
imaginative possibilities that grip the relations of those who went missing. Did they die a tragic
death? Are they still suffering somewhere? The relations of those disappeared now have no
answers—nothing, but worries. Though they do not know whether their loved ones are suffering
physical torture or not, those left waiting without knowing suffer real pain in their minds and bodies
due to this gripping uncertainty,” states Pushpakanthan.
Following his group show in 2015 Pushpakanthan went on to present his first solo exhibition at
Paradise Road Galleries in 2016. His work has also been exhibited at the Serendipity Arts Festival
in Goa, the Colombo Art Biennale, Colomboscope and group exhibitions curated by both Dr.
Thamotharampillai Shanaathanan and Chandraguotha Thenuwara. P.Pushpakanthan’s exhibition
will be on exhibit at the Saskia Fernando Gallery daily from 10am to 6pm from 1 September 2017
to 19 September 2017. Tel 0117429010 for further information