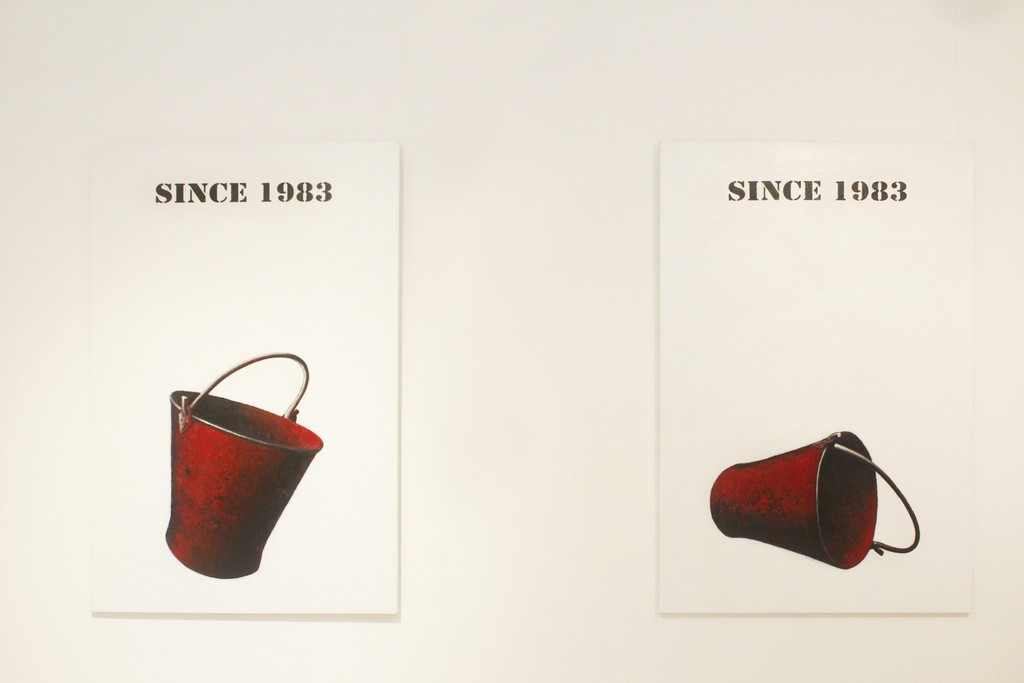 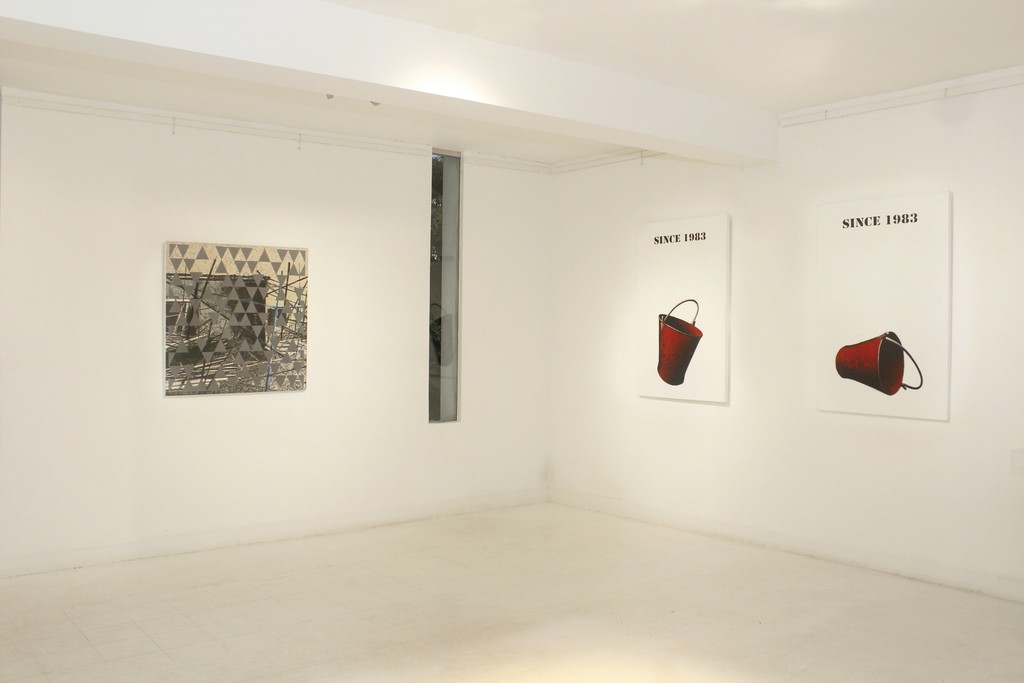 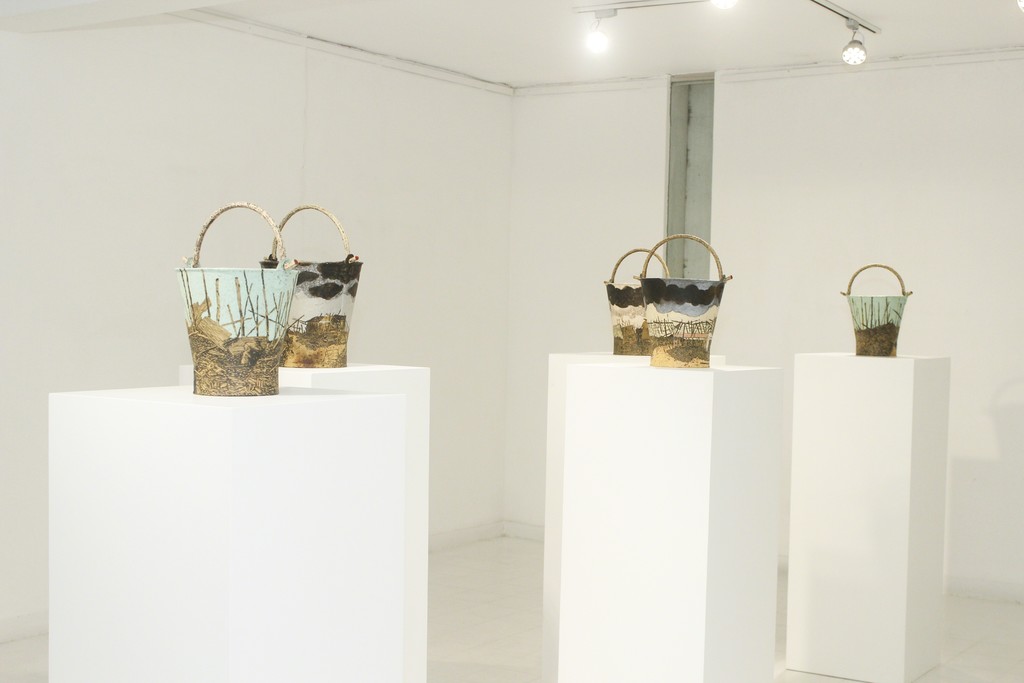 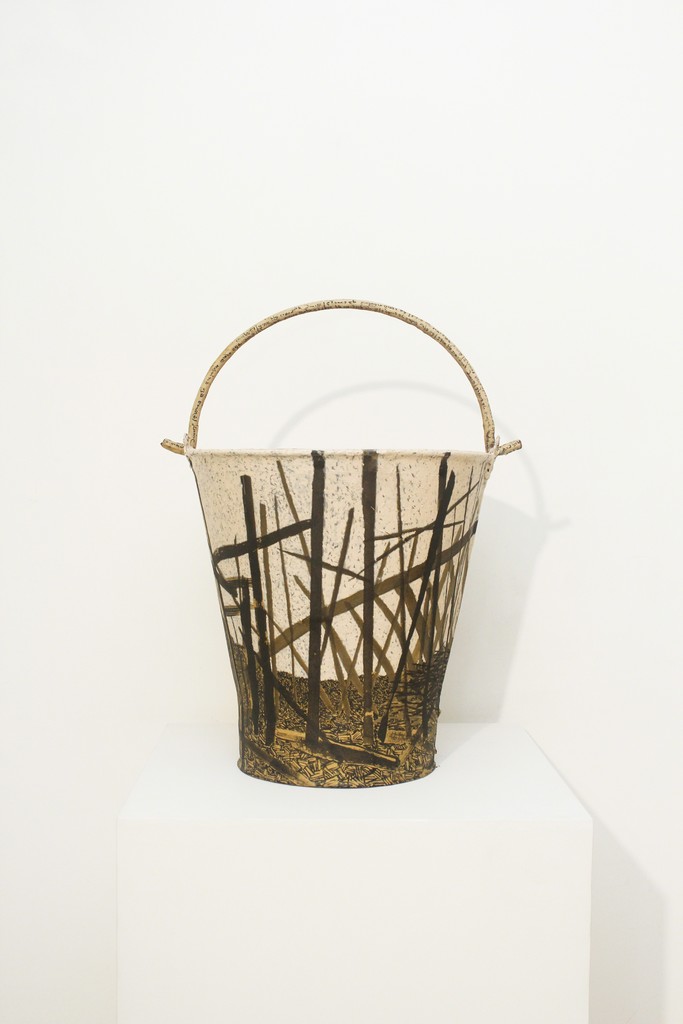 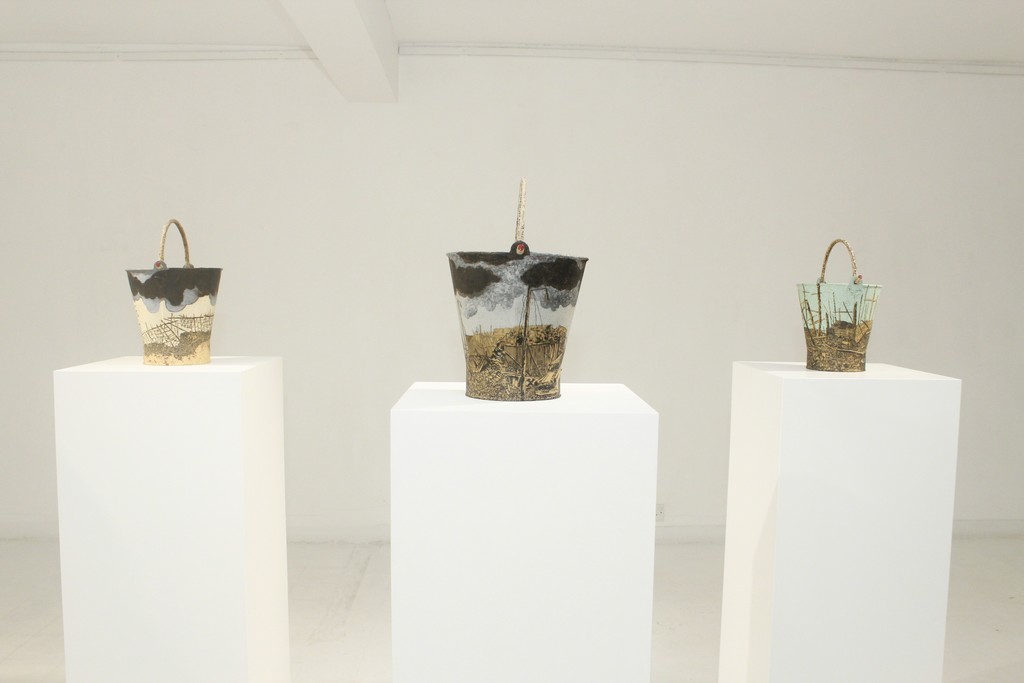 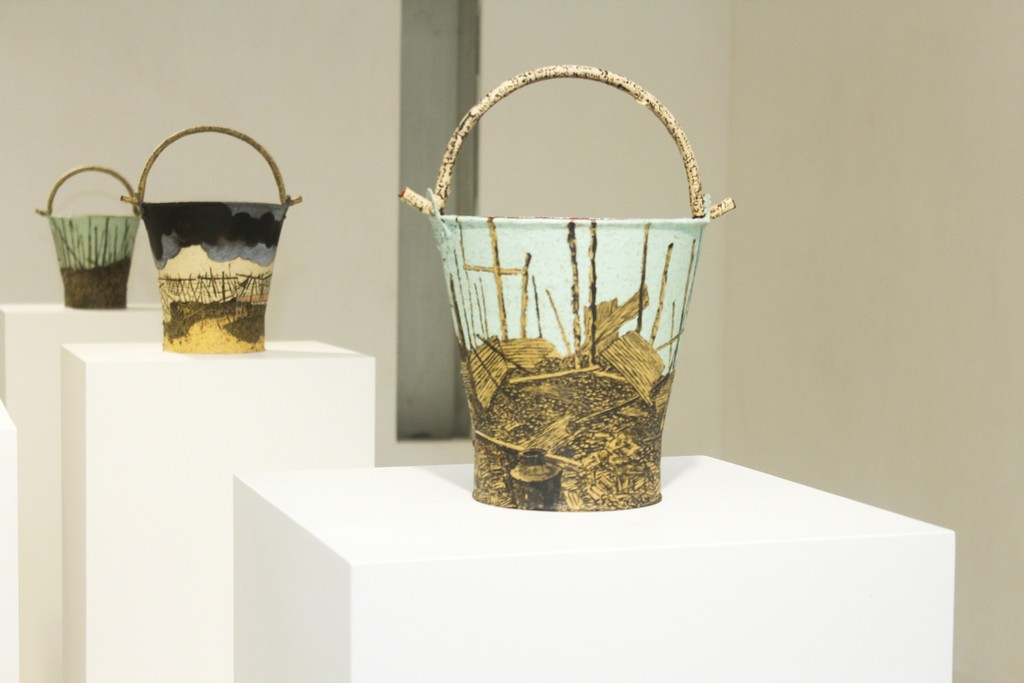 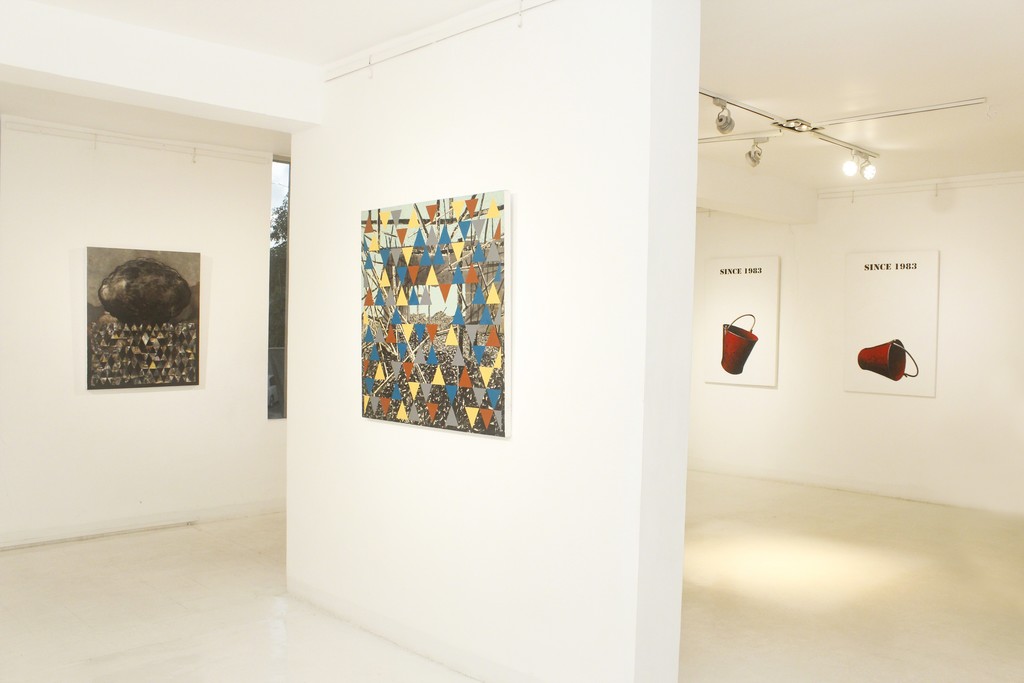 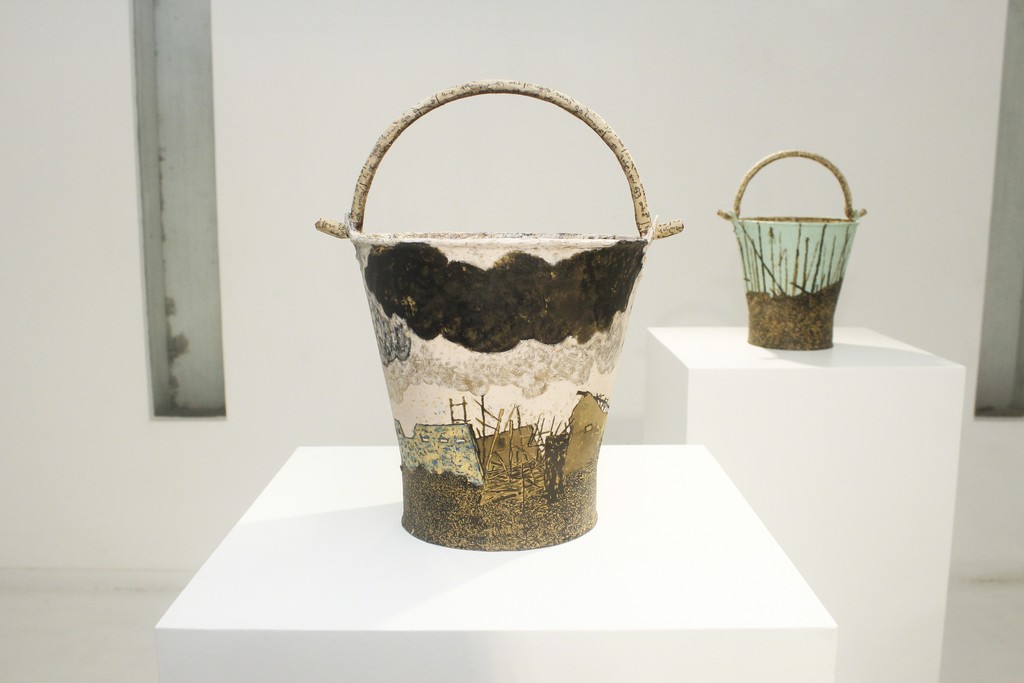 At a point in time where Sri Lanka has begun to rebuild itself and reconciliation efforts take shape in the north, the exhibition ‘Since 1983’ looks back at the events that ignited the tension between races, between separatists and the Sri Lankan army and most of all the destruction of so many peoples lives, memories and futures. In contrast to the political carnival portrayed in Gayan Prageeth's previous exhibition, these new works illustrate the turmoil of the eruption of the civil war through installation and geometric symbolism - a combination of works that demonstrate not only our history but also the current state of many countries around the world.

The symbolic representation of the bucket illustrates the difference between the pronunciation of its Sinhala translation ‘Baldiya’, a word Tamils commonly pronounce as ‘Waldiya’ through differences in articulation. The artist states, ‘the racial conflict that commenced on July 23,1983, is commonly known as Black July. During these riots, Tamils were identified by their pronunciation. Various methods were used for this purpose. They were shown a bucket and asked what it is, Tamils finding it difficult to pronounce “Baldiya” pronouncing it “Waldiya”. Those who mispronounced the word were suspected to be Tamil and were attacked.

The most plausible reason for Black July, that took the lives of thousands of Tamils and was the cause for mass migration of Tamils and burning down of thousands of Tamil houses, is believed to be the LTTE ambush that lead to the deaths of 13 Sri Lankan soldiers. These riots are generally believed to be the cause of the long endured conflict between Sinhala majority governments and Tamil separatist groups. Black July remains an issue that Sri Lankan political parties of both races do not see eye to eye on. My literary work deals with this issue that has been in existence since 1983.’