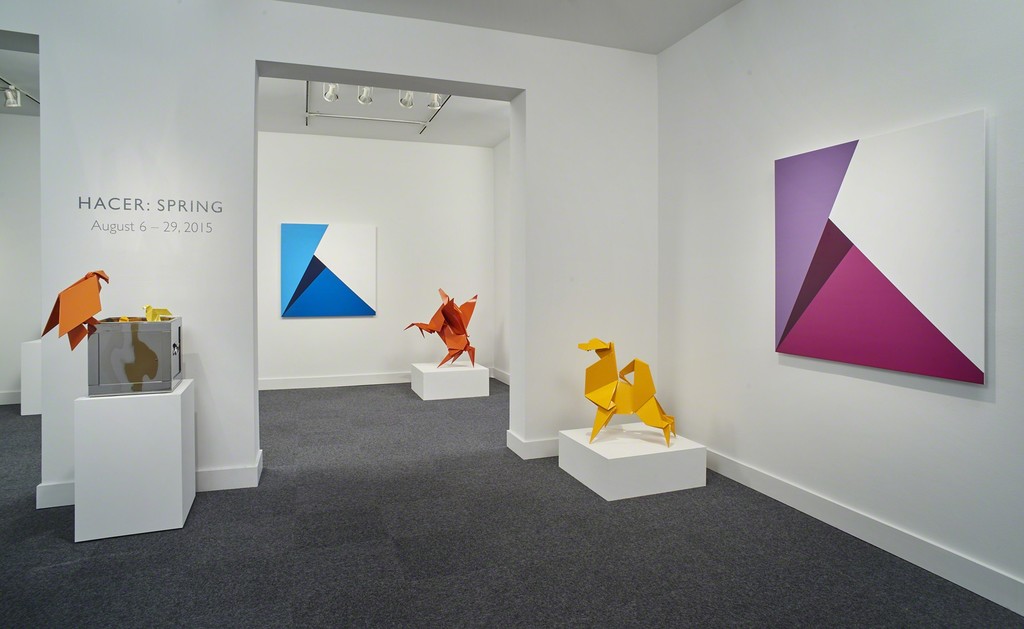 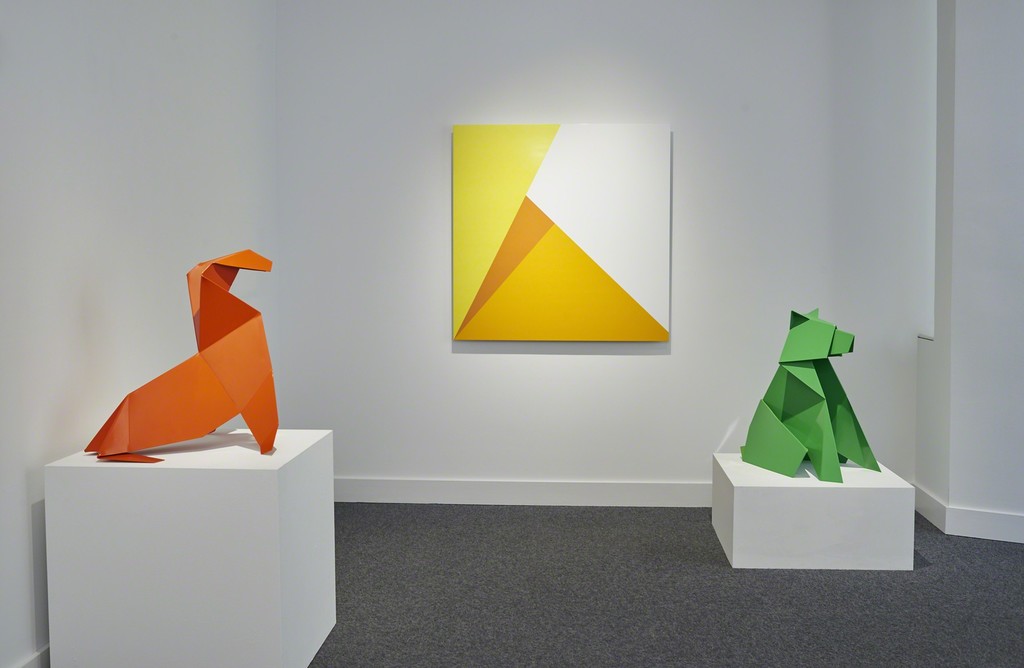 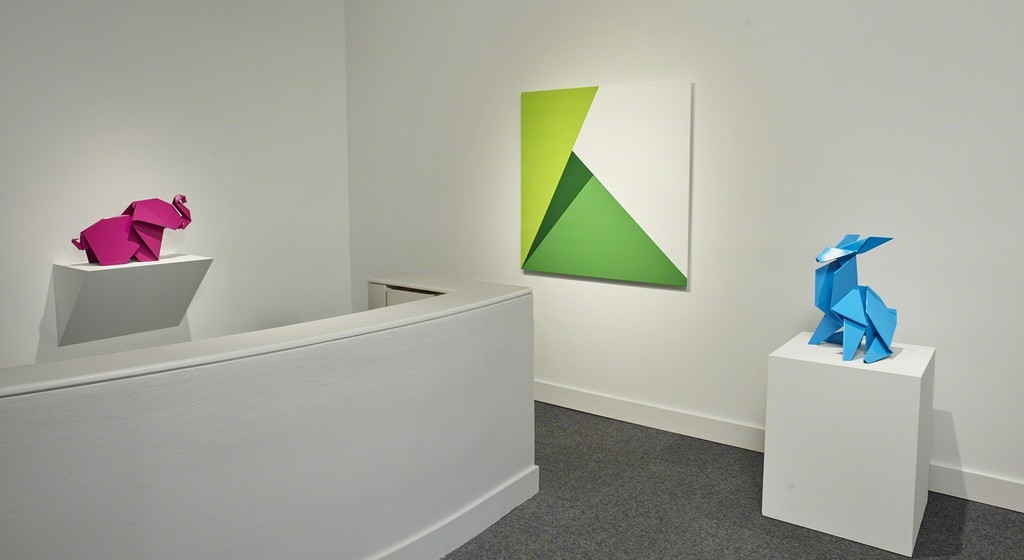 In his first solo exhibition at Scott Richards Contemporary Art, Hacer offers a menagerie of brightly colored small scale sculptures of animals and birds, which appear to be made of folded origami paper, but are realized in folded sheets of powder-coated steel. The show’s title evokes the bright propects of the season and the artist’s own personal journey and rebirth, culminating in the birth of his first child, a son, early this year.

Born to teenage gang members, Hacer was raised in a series of foster homes. Folding origami paper animals as a young child provided him with a playful and creative escape from his surroundings. Evolving into steel sculptures, the origami shapes currently portray a whimsical fauna of rabbits, seals, bear cubs and birds, even Bixby the pink elephant. Like Alexander Calder’s Circus series, Hacer’s sculptures radiate the joy of childish games. As a sculptor, pouring his early experience into the works, the artist literally reshapes his past into something positive and optimistic. Hacer states, “As I shape my work, I learn to reshape myself, lessening the past’s grip.”

The centerpiece and inspiration for SPRING is his newest work, Nesting Red Tail Hawk, from his yet to be revealed body of work: The Bird Series. Illustrating birds from the artist's backyard, the sculptures are inspired by the birth of his son. An optimistic series, the new work embodies conflicting emotions experienced in his new role as a father that silence a life's longing for permanent attachment while simultaneously reawakening a sense of loss as he strives to be the parent he never had.

Hacer’s transformation of small, fragile paper forms into steel sculptures, speaks to the strength of the human condition. The resulting work is an amalgamation of admiration for Alexander Calder’s bold, playful sculpture, Ellsworth Kelly’s commitment to minimalism and first hand working knowledge of Jeff Koons’ steadfast attention to detail. As curator Dion Johnson summarizes in his catalog essay for Hacer’s 2014 solo exhibition at the Harris Gallery, University of La Verne: “In their grand scale, Hacer’s rigorous metal works simultaneously embody the joy of his early three-dimensional discoveries and the sophistication of his present, highly engineered practice.”