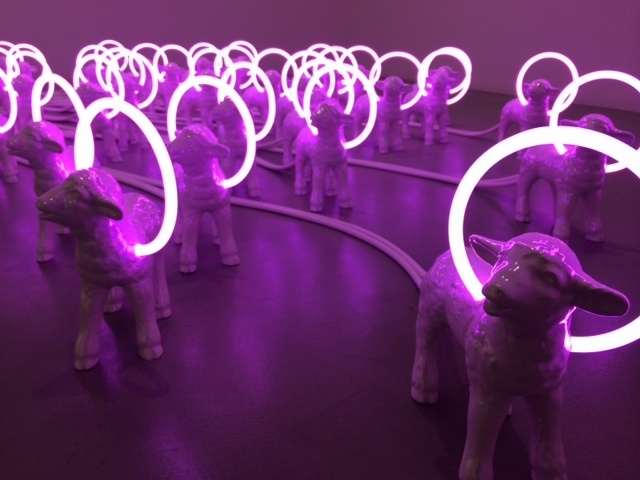 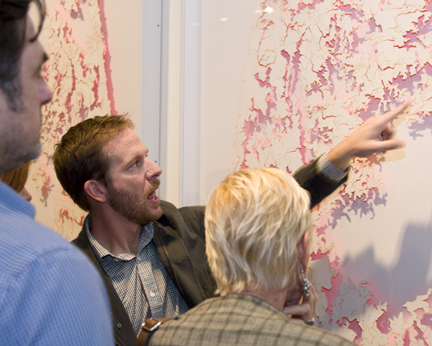 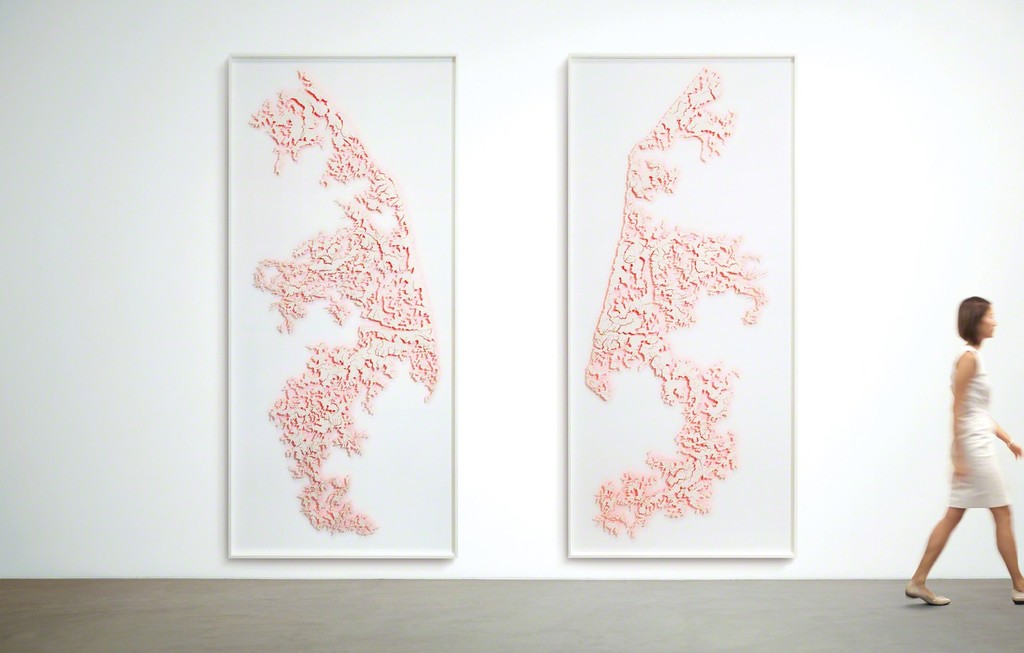 In “Hither and Yon” Adey utilizes a diverse range of materials and techniques to investigate the concept of constraints as a metaphor for the human condition. Each artwork within this exhibition has undergone a methodical process for its creation within the bounds of a self-realized constraint. With this approach Adey is able to find not only artistic freedom, but also a common thread that unites these seemingly tangential mediums.

Some of Adey’s most iconic works in this series involve carefully deconstructed consumer images pulled from various Google searches. Using fragments of skin from hundreds of models and celebrities, he creates elaborate pinned collages reminiscent of complex entomological displays. Using exclusively fashion and celebrity images, he exploits their two-dimensional nature by extruding them into three- dimensional space. Each decontextualized body fragment is transformed into a thin membrane of flesh, as its source and identity are lost. The final product is a homogenized mosaic of push-pinned skin that is macabre by nature, but somehow strikingly beautiful.

In Hide, an inventive take on a self-portrait, Adey explores a different method of deconstructing and flattening the human form. Beginning with a three-dimensional scan of his entire body, he creates a triangulated three-dimensional model of himself comprised of over 75,000 triangles. From there, the model is unfolded and flattened to form a two-dimensional record of the entire surface of the artist’s body, all in one piece, without overlaps. This two-dimensional apparition is then laser cut and framed in two adjacent panels to create a diptych resembling a cross between a Dymaxion Map and a Rorschach test.

Other works in “Hither and Yon” encompass a wide range of materials and concepts such as cold war- era electronics, plastic and paper cups and buckets, and a collaborative piece with an Actuary, yet his voice and vision remain clear and consistent throughout the exhibition. Adey has managed to successfully fuse contemporary art concept with formal creation and aesthetic. His work reflects a practiced and methodical process that results in works that are not only visually elaborate, but also intellectually stimulating and conceptually provocative.

In early 2013, David signed on to be Scott White Contemporary Art’s first ever artist-in-residence. For the past year he has been on sabbatical from his faculty position as Professor of Art at Point Loma Nazarene University to commit his full attention to creating this body of work. SWCA has been supporting Adey throughout the year, allowing him the space, time and freedom to pursue new and exciting directions with his work. Filmmaker Dale Schierholt has also been documenting David through film and interview. The completed project will be a full-length documentary on David Adey that will air on KPBS. The finished film will receive a premier screening at the MCASD in La Jolla. A preview of Dale Schierholt’s documentary can be viewed here:
https://vimeo.com/76911164

David Adey’s work was featured at the 2010 California Biennial hosted by the Orange County Museum of Art in Newport Beach, CA, and was also included in Here Not There: San Diego Art Now (2010) at the
   
Museum of Contemporary Art San Diego. His solo exhibition at Luis de Jesus Gallery in Los Angeles was selected by The Huffington Post as one of ‘Southern California’s Top 10 Exhibitions for 2010’, and a recent exhibition at the La Jolla Athenaeum was named ‘Exhibition of the Year’ by the San Diego Fine Art Society. In addition, David Adey has also exhibited in Miami, Detroit, Boston, Finland and Berlin.