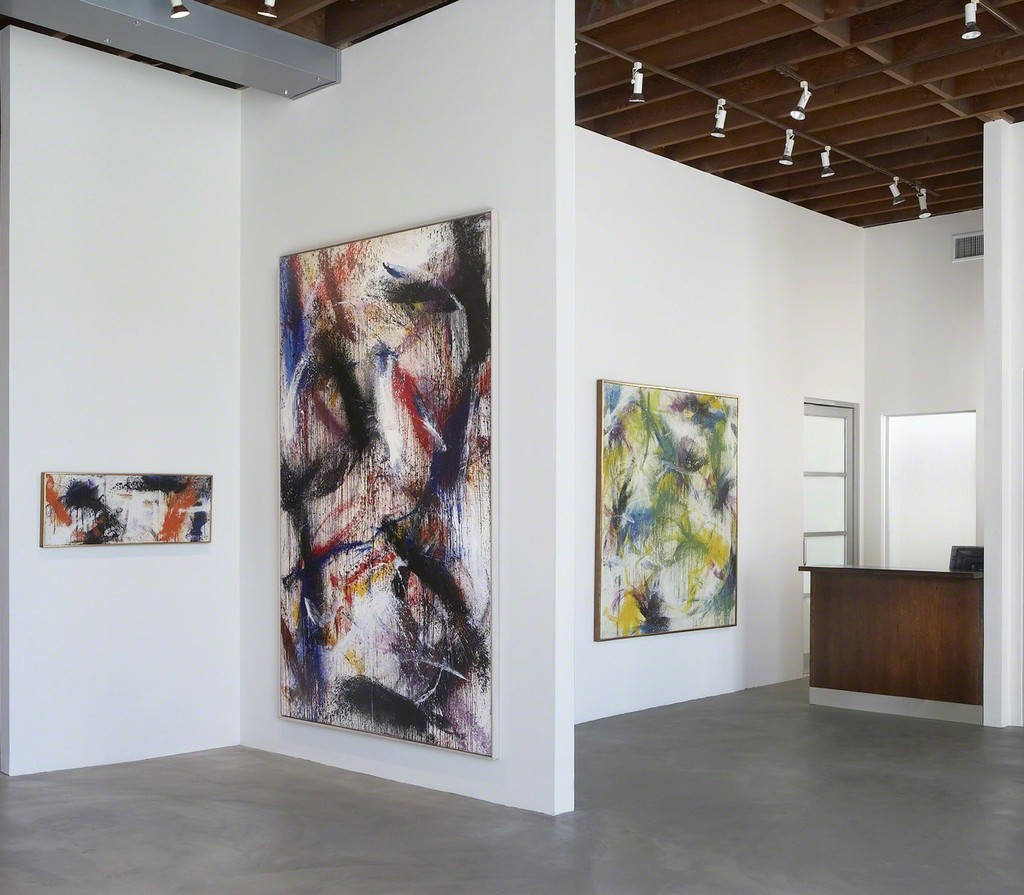 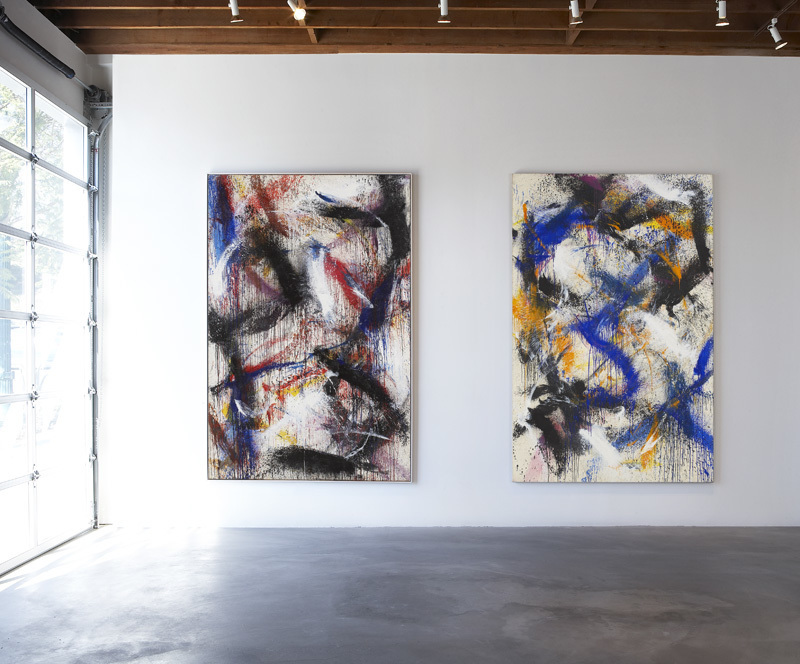 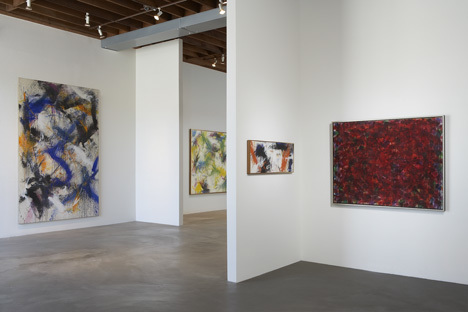 Exhibition Summary:
Scott White Contemporary is proud to present a forthcoming exhibition of monumental works by Norman Bluhm. The exhibition will include 6 paintings and 2 works on paper dated from 1956 – 1960, and will be on view from Friday, September 12 through Saturday, November 1, 2008. The opening reception for this exhibition will take place on Friday, September 12 from 6:00 – 8:00 p.m. Light refreshments will be served.

Artist Information:
As part of a group identified as the “Second Generation” Abstract Expressionists, Norman Bluhm along with his contemporaries Joan Mitchell, John Chamberlain, Alfred Leslie and others, lived and worked in New York during the 1950’s and ‘60’s. Following the first generation Abstract Expressionists, most notably Willem de Kooning, Jackson Pollock and Franz Kline, the artists of the second generation were profoundly committed to further developing the style widely known as “action” or “gestural” painting. Norman Bluhm took this style of painting, and explored a realm beyond spatial structure and color. His paintings depict bold and energetic strokes of paint, splattered and splashed onto the canvas.

Born in 1921, Norman Bluhm was raised in Chicago’s bustling blue-collar South Side. Growing up in a city that boasted some of the most celebrated skyscrapers in the world, he took an early interest in architecture and studied under Mies van der Rohe at the Armour Institute of Technology. There, he received rigorous training in the Bauhaus approach to modern architecture, and fervently practiced meticulous drafting meth- ods. This formal training in space and structure eventually gave way to his success an artist, and sharpened his understanding of spatial and structural relationships relative to painting.

Bluhm joined the Air force shortly after the start of World War II. As a B-26 pilot, flying missions over North Africa and Europe, he exercised his instincts under intense and immediate circumstances. This ex- perience honed and refined his reflexes, and eventually proved to become a key strength for the artist. The “action painting” style calls for decisive actions to convey energy and spontaneity. Bluhm’s background and experience as a fighter pilot ultimately delivered distinct boldness and explosive drive that were con- veyed in his work, which ultimately distinguished him from the rest of the Abstract Expressionists.

It was after the war that he decided to pursue his career as an artist, longing for a life that was his own, not directed or dictated by his parents, teachers or military commanders. Bluhm took advantage of the G.I. Bill and moved to Paris in 1946. There, he studied at the Académie de la Grande Chaumière and the Ecole des Beaux Arts. It was also there that he became part of a community of expatriate painters, which included Sam Francis, Jean-Paul Riopelle, Joan Mitchell and Shirley Jaffe. He also developed close ties to the French cultural scene, meeting poets such as Rene Char and Paul Eluard and acting in Jean Cocteau’s 1950 film “Orphee”.

Bluhm returned to the U.S. in 1956, settling in New York City. It was during this pivotal time in New York, between 1956 – 1960, that he painted some of the most energetic and focused body of paintings that defined his career. It was also during this time that he met Jackson Pollock, Willem de Kooning and Franz Kline, and became a fixture in the Cedar Tavern art scene. His work depicted webs of jagged marks, cascading drips and violent splatters of paint, which increasingly took on the energy and scale of Abstract Expressionism. It was at this period that he, along with other gestural painters such as Mitchell, Alfred Leslie and Michael Goldberg, were termed “Second Generation” Abstract Expressionists, a label Bluhm categorically rejected.

Exhibition Details:
This is the most comprehensive collection of Bluhm’s work that has been shown in an exhibition outside of New York in over 40 years. In fact, this will be the first time that works from this period have been shown since the historic exhibition at Leo Castelli Gallery in 1960. One of the paintings included in the exhibition, entitled Brulure from 1956 was part of the Walter P. Chrysler Collection. This is the first time that this work will be shown in a public venue, along with numerous other highly coveted pieces from private collections.