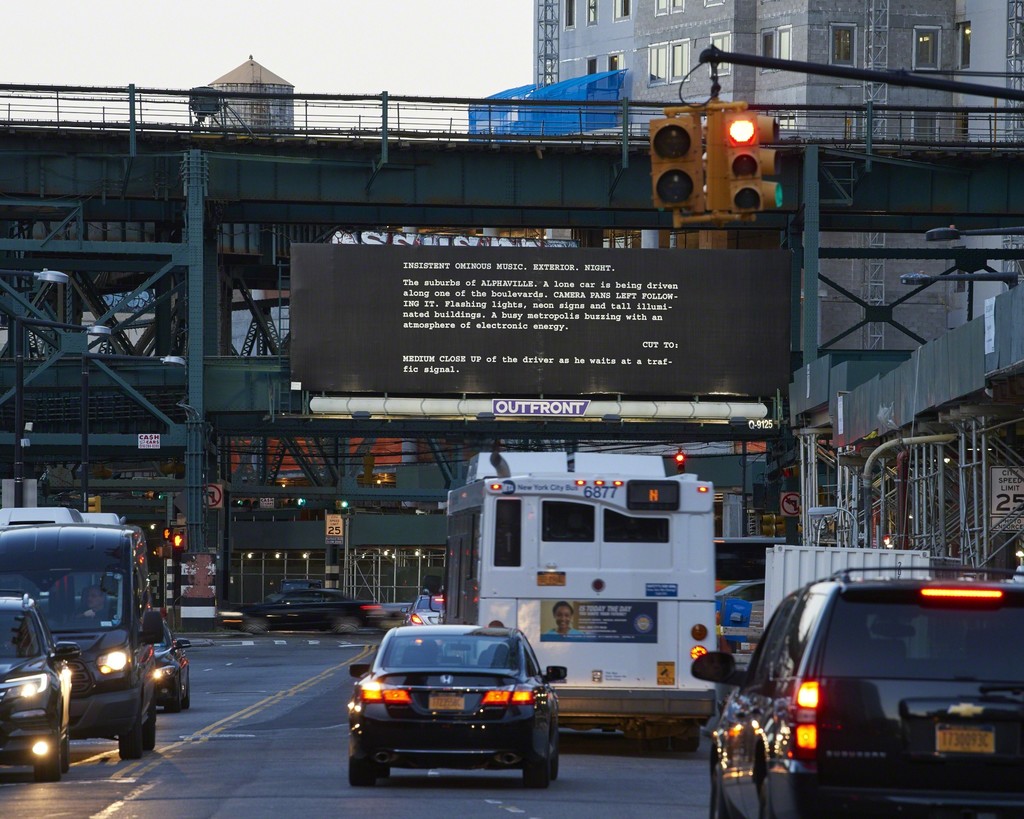 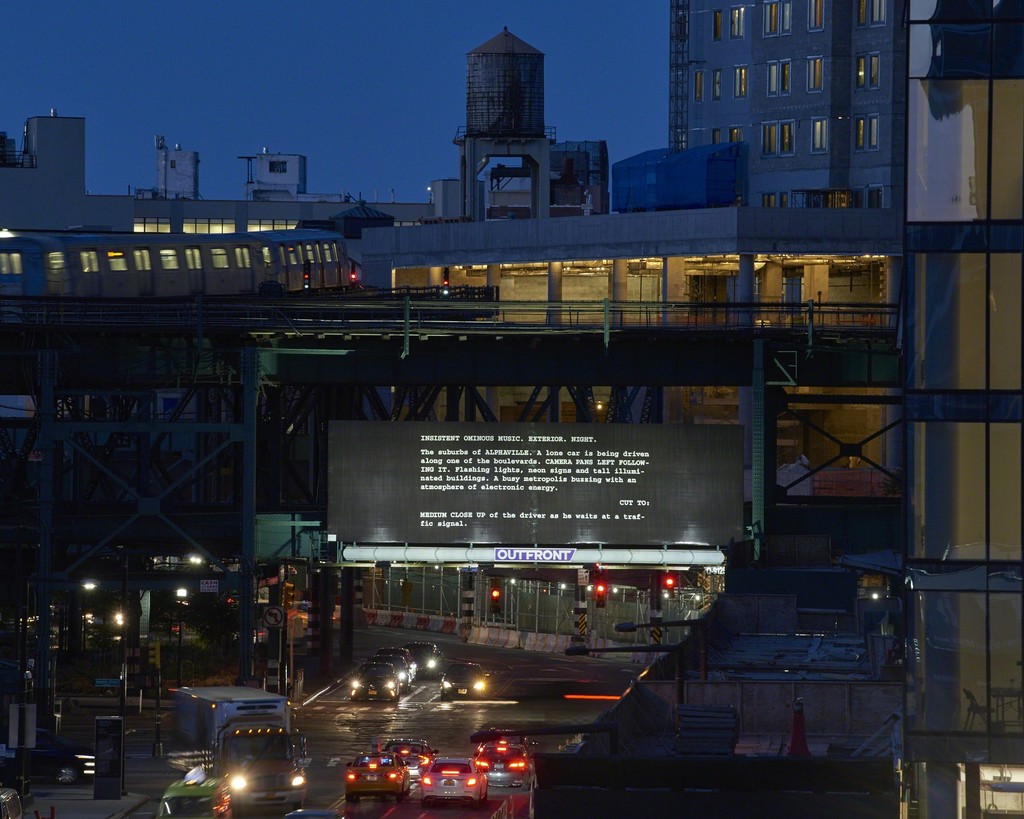 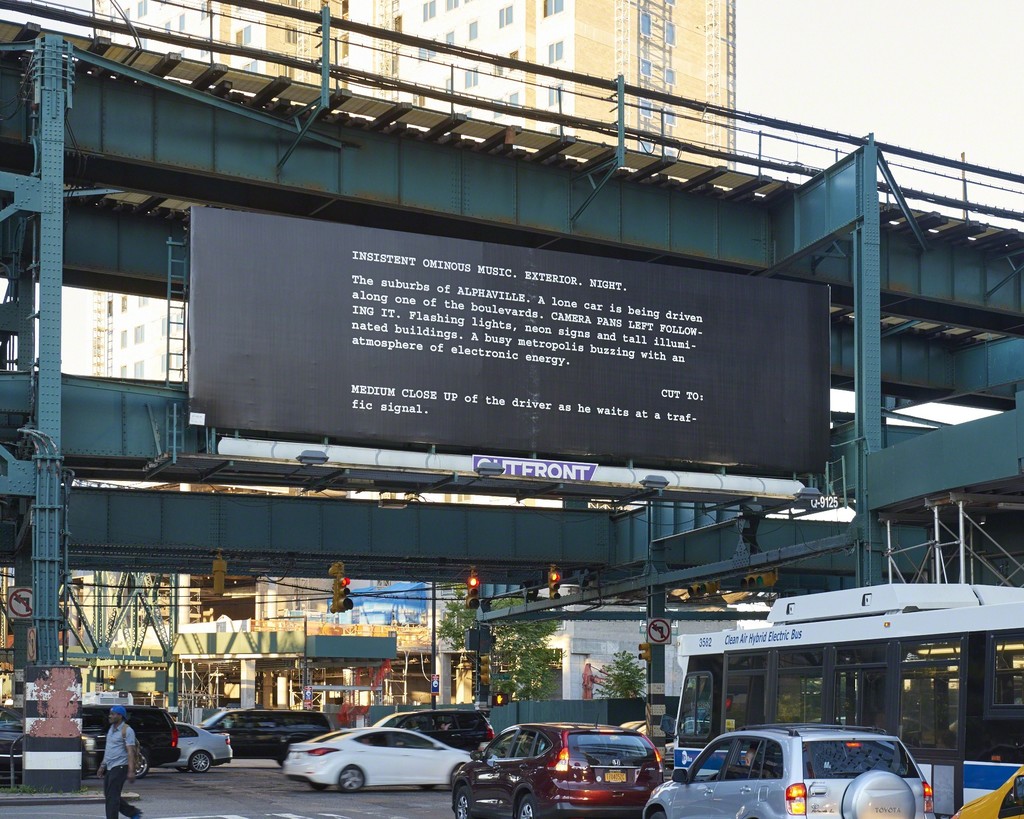 Words Like Love: Alphaville, First Scenes is installed on a 14-by-48-foot billboard over Jackson Avenue at the intersection of Queens Plaza in Long Island City. The work is a textual interpretation of the opening scene of filmmaker Jean-Luc Godard's Alphaville (1965), an iconic science fiction/noir film that describes a futuristic dystopian society controlled by a supercomputer. Re-translating the film back into a screenplay, Cesarco's project stresses the descriptive and prescriptive function of scripts: the text in this case is made to both mirror its surroundings and, to some extent, dictate the reality we see before us. Through its prominent placement over a busy intersection in Queens, the billboard points to how texts mediate public space and social life while locating critical and resistant capacities in the acts of reading and interpretation.

The project is curated by SculptureCenter Executive Director and Chief Curator, Mary Ceruti.

Public Process is an intensive program for high school students that uses New York City's rich public art landscape to explore the history and impact of public art and its community influence. In July 2016, thirteen high school students participated in a three-week course providing interactions and presentations by seasoned professional curators, architects, local historians, and public art organization representatives, and opportunities to visit public art sites. SculptureCenter Executive Director and Chief Curator Mary Ceruti invited three artists to make proposals for a public artwork in Long Island City and present their ideas to the students on studio visits at the end of July. On the last day of the course, the students made presentations and debated the proposals, ultimately selecting Cesarco's project for the commission.