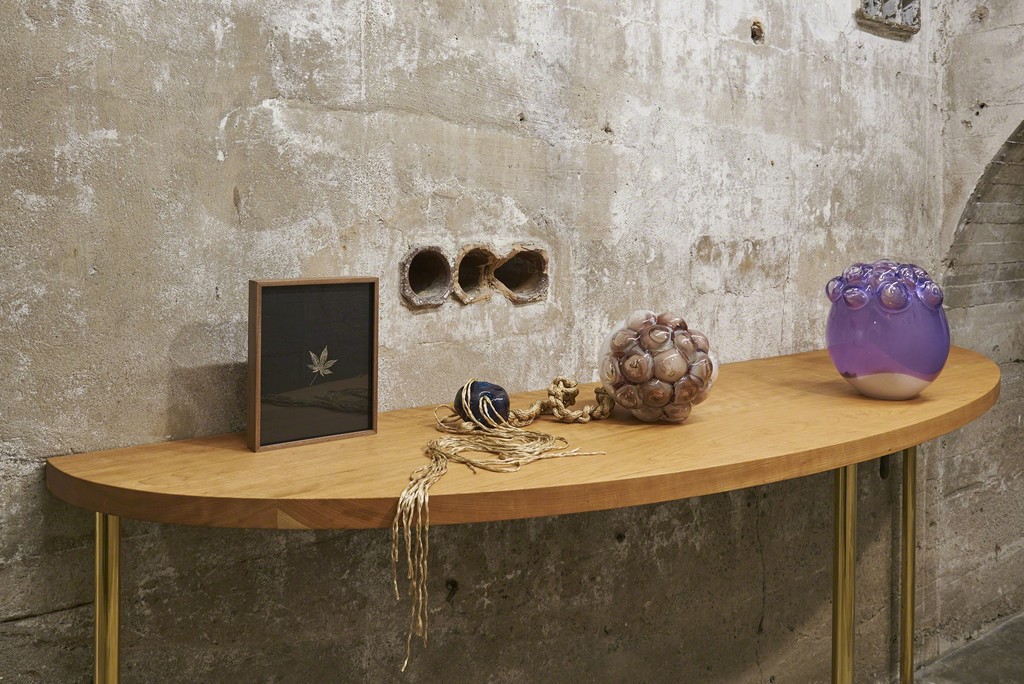 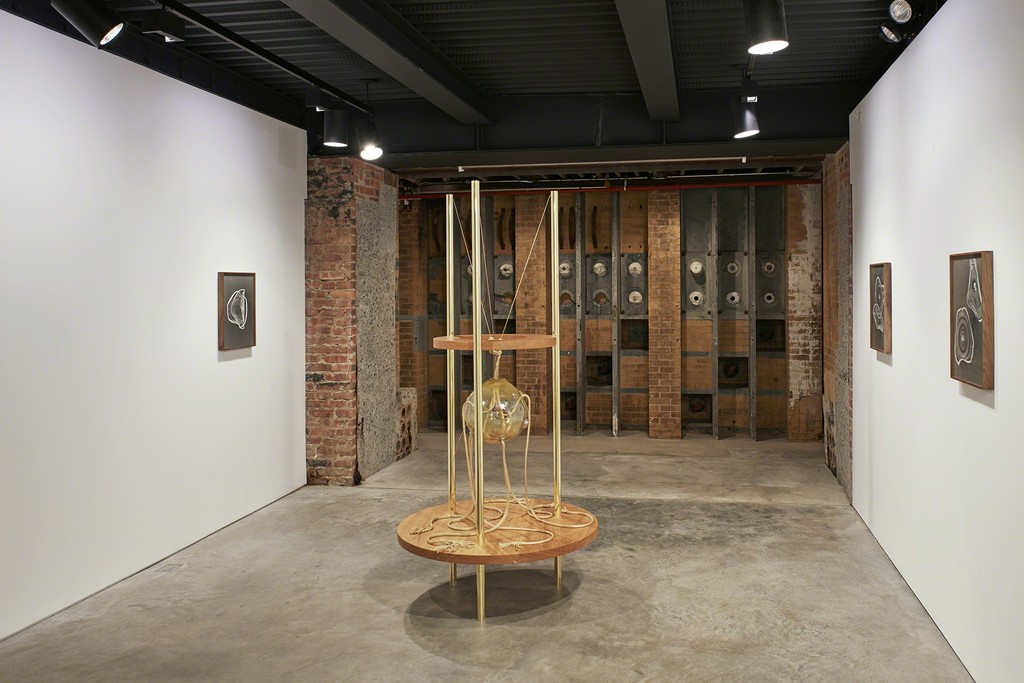 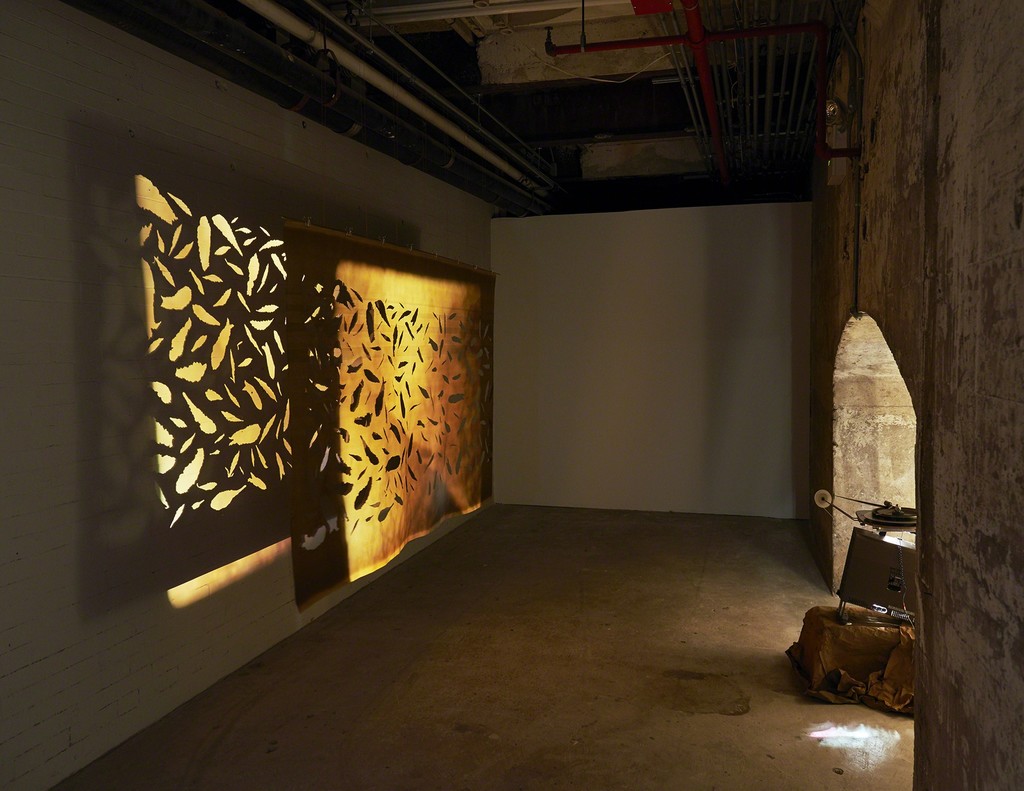 Throughout Akashi's work, glass forms are often placed in combination with other objects, such as candles and lost-wax bronze casts. Akashi displays these diverse elements within specifically designed structures, creating elaborate tableaus. Her arrangements suggest abstracted narratives of use and explore relationships between different forms and materials. For her exhibition at SculptureCenter, Akashi continues her exploration into specific connections between air and fire -- two elements necessary to produce her glass works -- by periodically lighting wax candles within her installations, altering the appearance of the works over time. Energetic and alchemical transformations of material are central to her work: the objects comprising Akashi's sculptures are physical manifestations of the intangibility of a breath of air or a burst of flame.