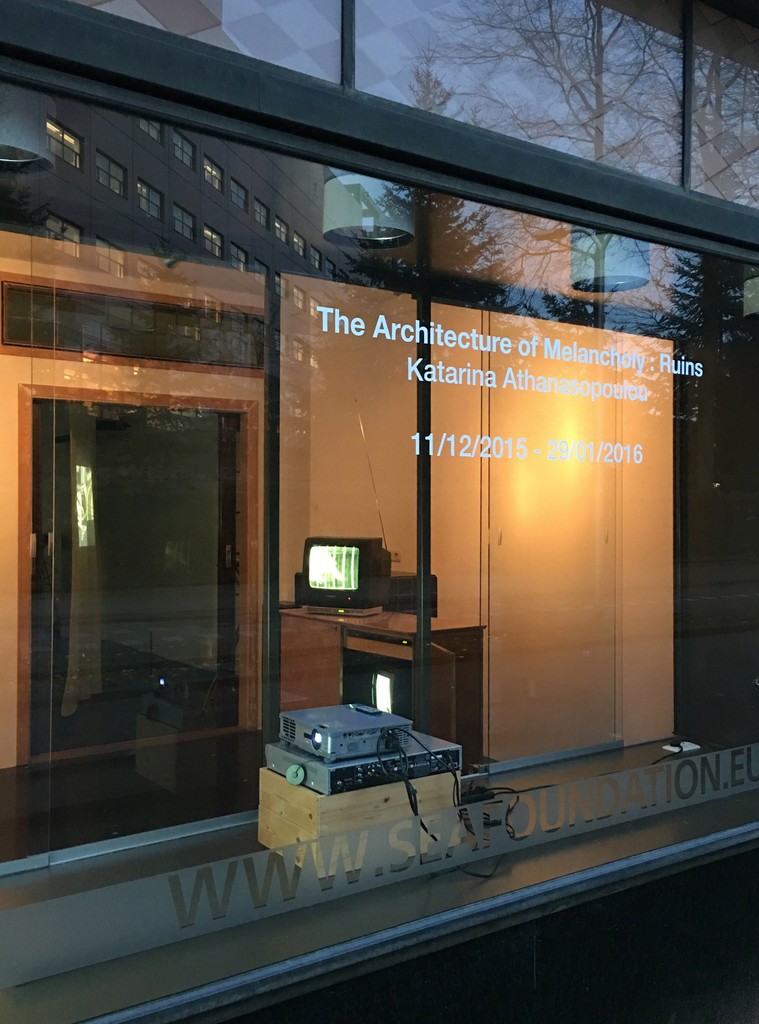 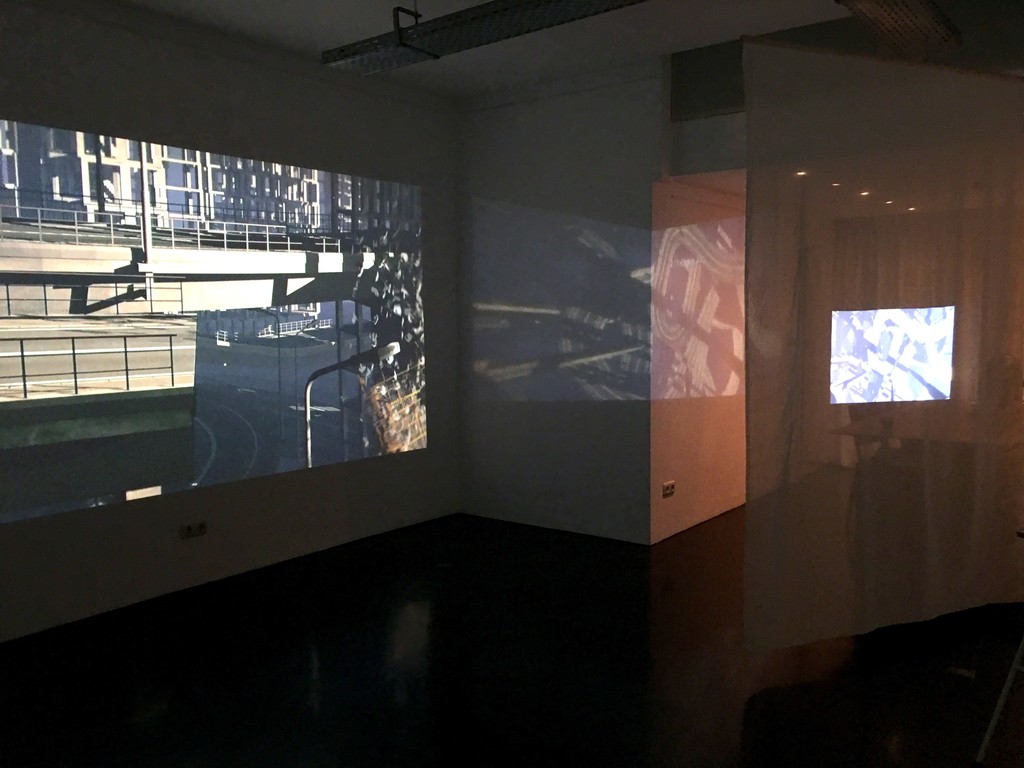 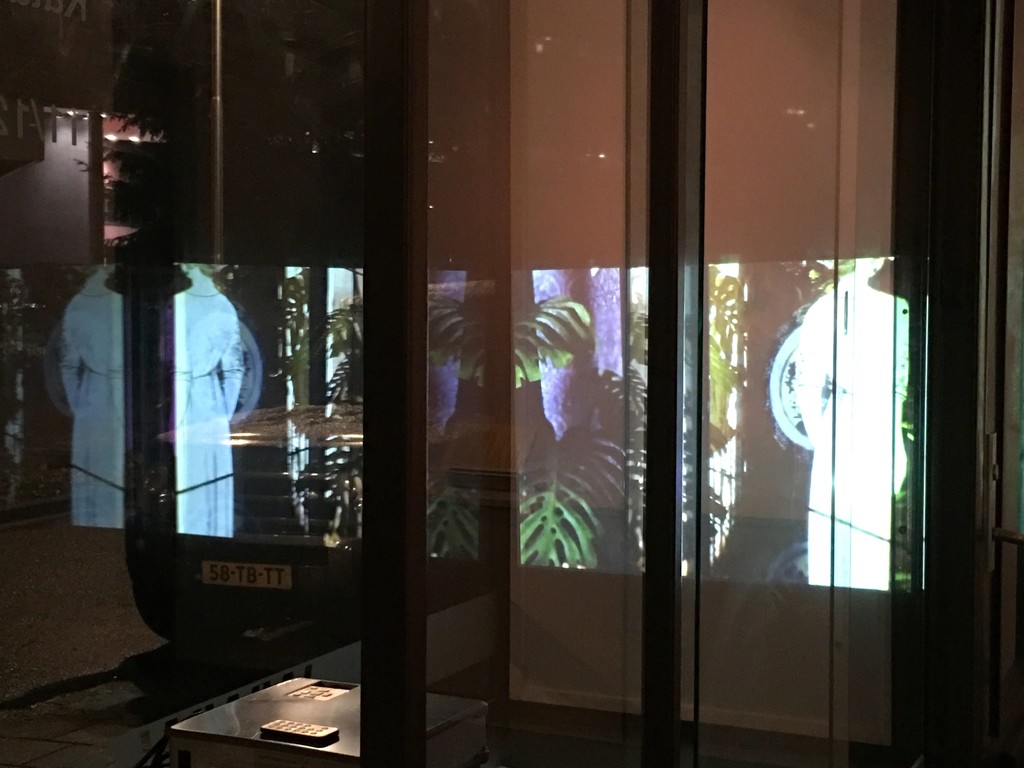 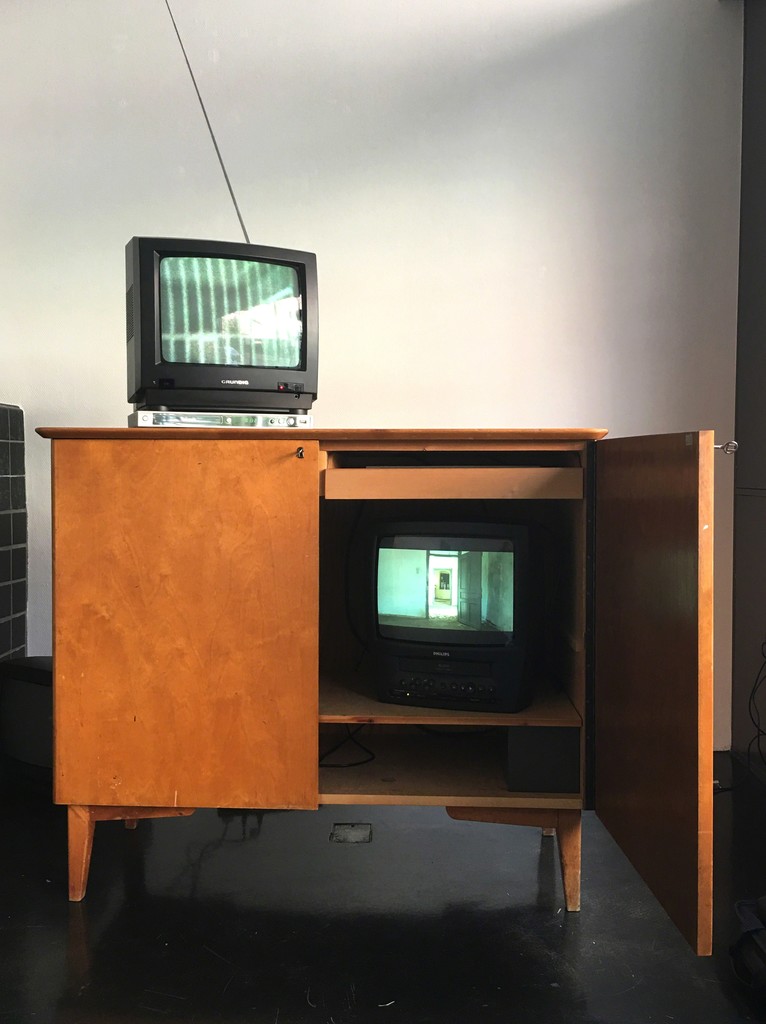 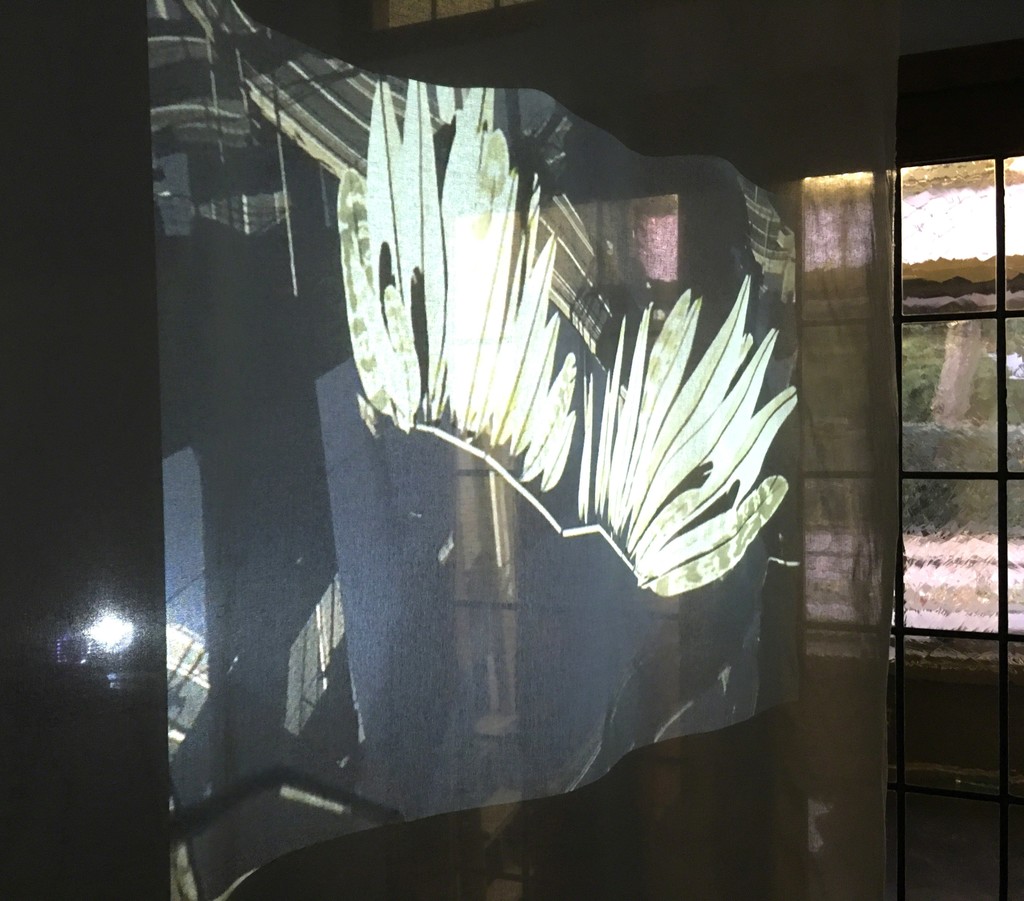 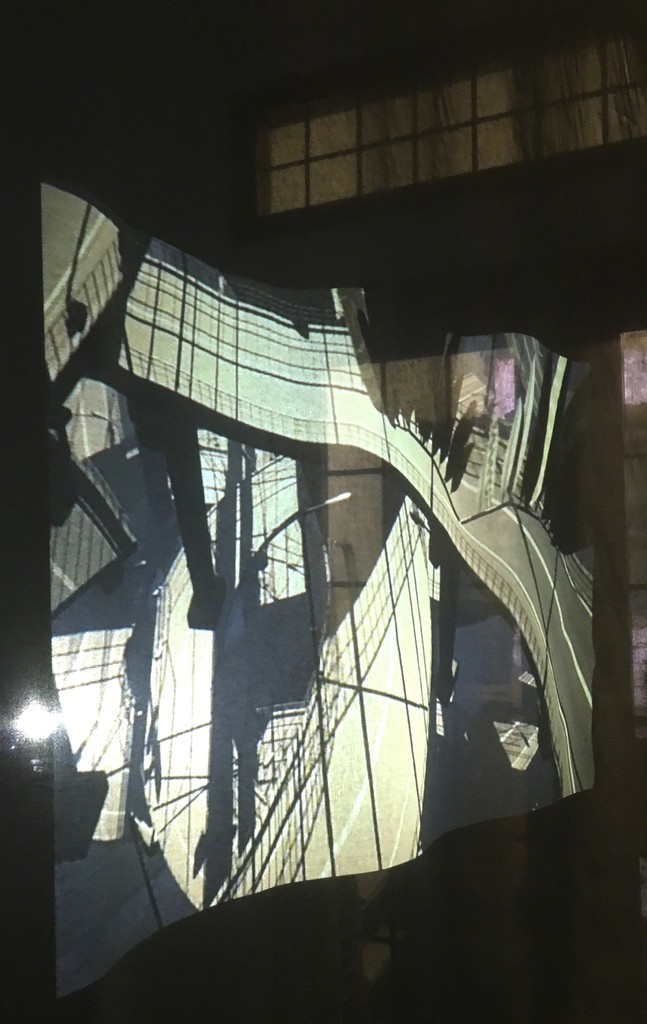 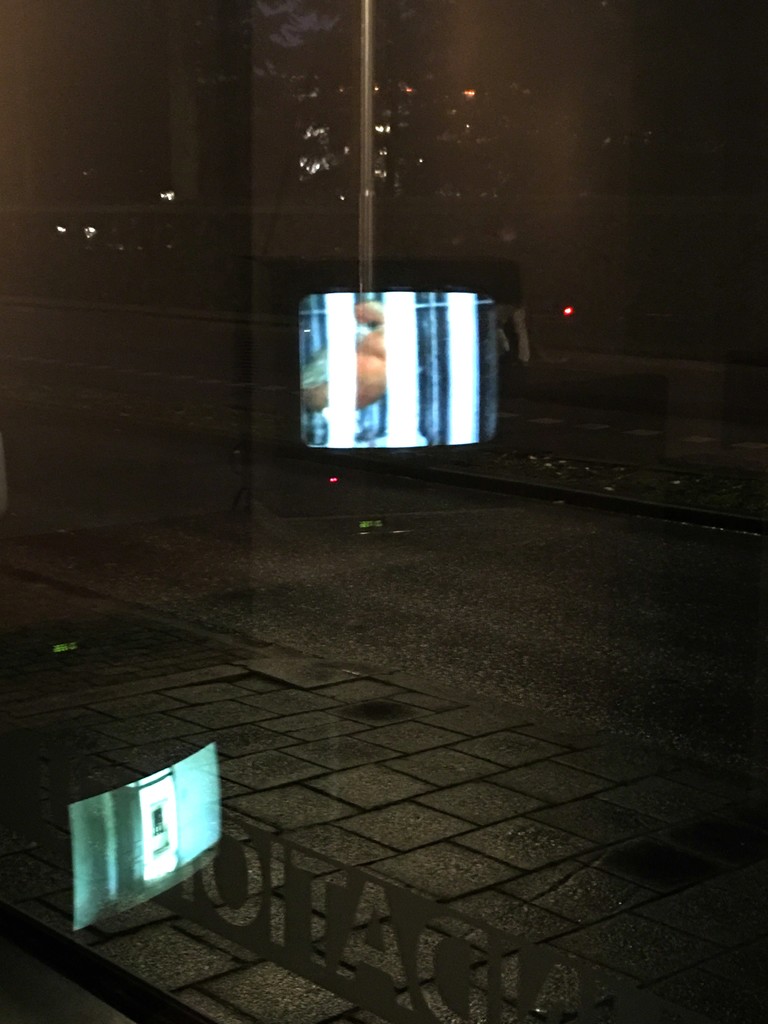 Katerina Athanasopoulou is a Greek-born artist living in London who works with the medium of animation. She is particularly interested in the place where Animation and Architecture meet: through the use of 3D animation, she creates digital spaces, which she traverses as imagined documentaries.

Architecture of Melancholy: Ruins explores and navigates confined spaces, within rooms, labyrinths and cages. The show consists of an installation in 3-channels of Apodemy (2012), a new two-screen installation entitled Broken Cage (2015) as well as a projection of the short film The Violet Hour (2014).
Katerina’s presentation is part of her wider body of work on the Architecture of Melancholy, constructing and investigating spaces that lament a ruined present.

Her short film Apodemy examines the effects of emigration and the economic crisis, drawing from Plato’s metaphor of the soul as a birdcage. Commissioned in 2012 by the Onassis Foundation on the theme of Emigration and the Economic Crisis, the film is a journey within a city half-finished and abandoned, with a cage vehicle (the soul) moved by migrating birds. The city is a portrait of Athens within the grip of the crisis, which has killed off the construction industry and left behind incomplete buildings, that looks like cages or platonic objects. For this show, Katerina has created three new animated details from the world of the film, which act as magnifications or snapshots of the decaying landscape.

Broken Cage is a portrait of two neighboring spaces: a deserted, crumbling house and the frantic song of caged songbirds. The empty nest opposite the prison of birds that keep trying to escape. Zugunruhe, the turbulent behaviour of birds that prepare for emigration was an underlying theme in both this work as well as Apodemy. The two spaces are juxtaposed in the eerie emptiness of the old family house versus the forced habitation of the cage. This piece, which premieres within the show, was created as part of the development program DRIVE, supported by Animate Projects and Jerwood Foundation in London.

The Violet Hour is an animated documentary on the Tea Gown, a dress worn until WWI, inspired by T.S. Eliot’s The Wastelands. It conjures the specific moment of light before sunset, also known as the golden hour. It was commissioned by the London College of Fashion responding to a brief within the 2014 Venice Architecture Biennale, and made in collaboration with curator Amy de la Haye. Through examining a museum garment, it portrays a woman standing almost still in her London living room, right before the beginning of the war. The dress becomes a landscape for the bombs that will soon start falling, the woman’s gaze towards the changing light outside the window. The painting over the fireplace foretells the coming of the Modern Age, while the violets within the patterns in the room lament the deaths that are about to take place.

Architecture of Melancholy: Ruins attempts to build and take apart a room, a house, a cage and a broken city, through poetic animation of labyrinth and destruction.