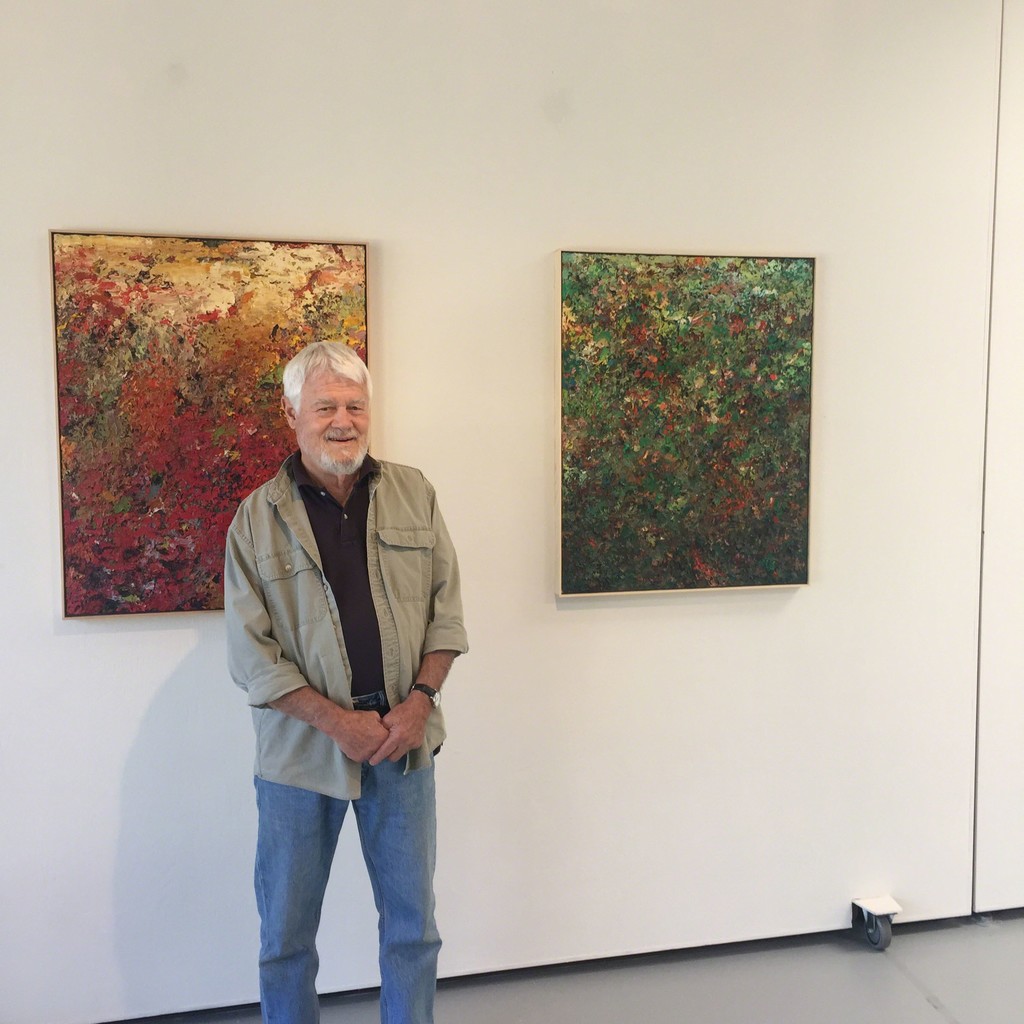 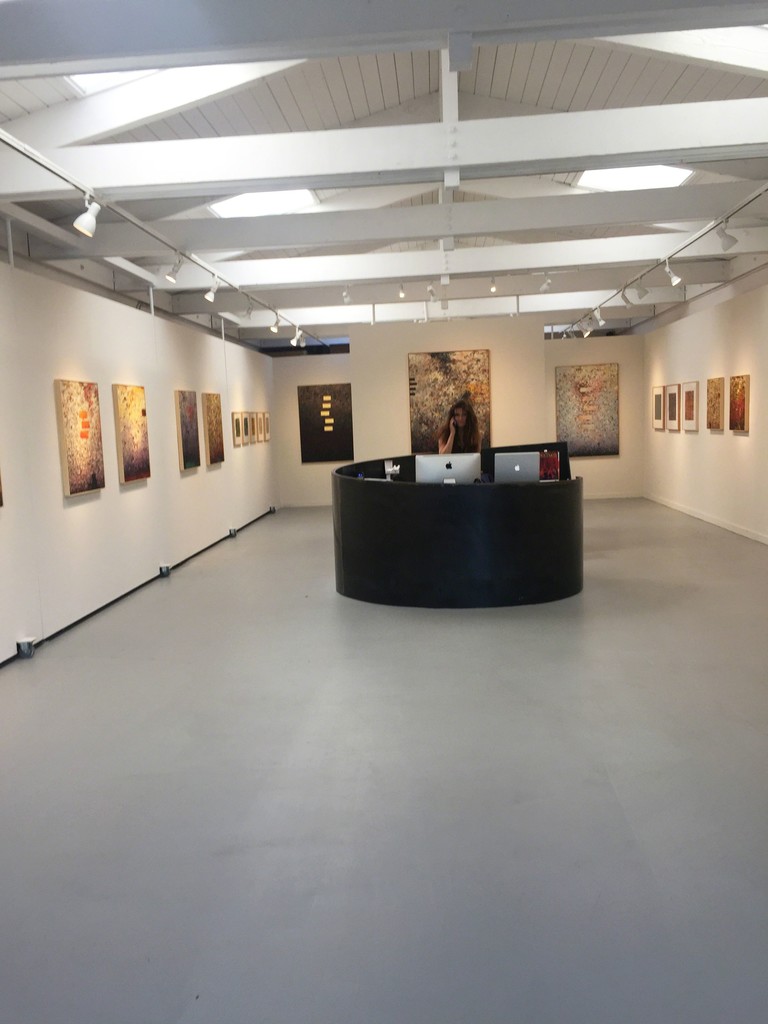 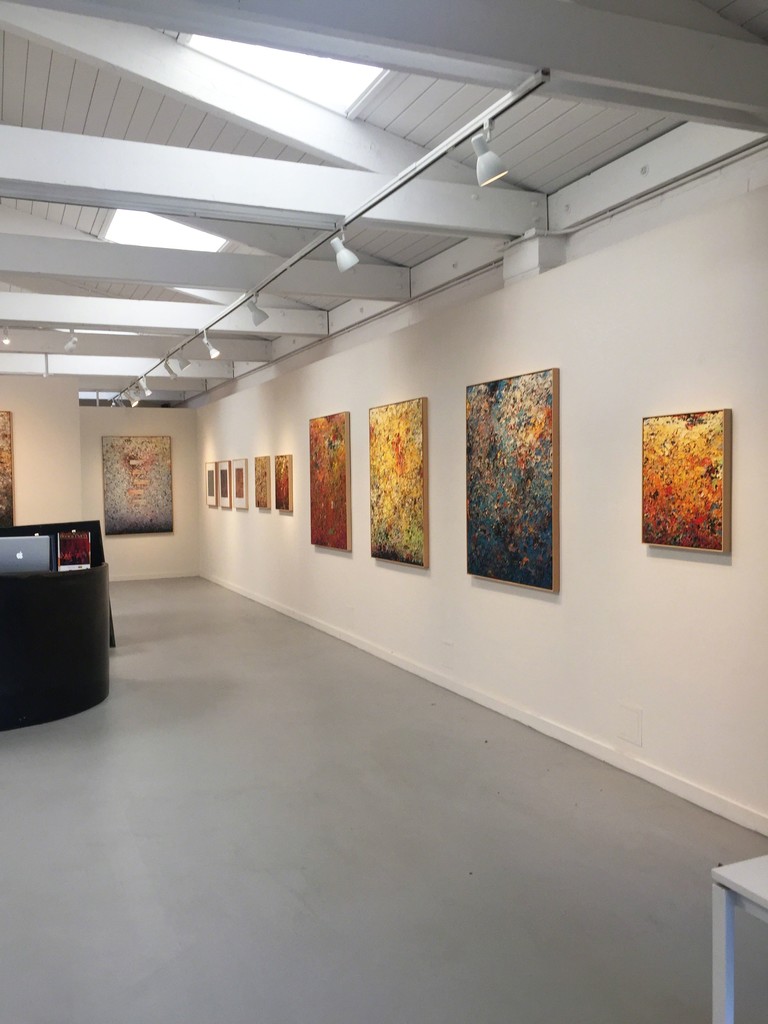 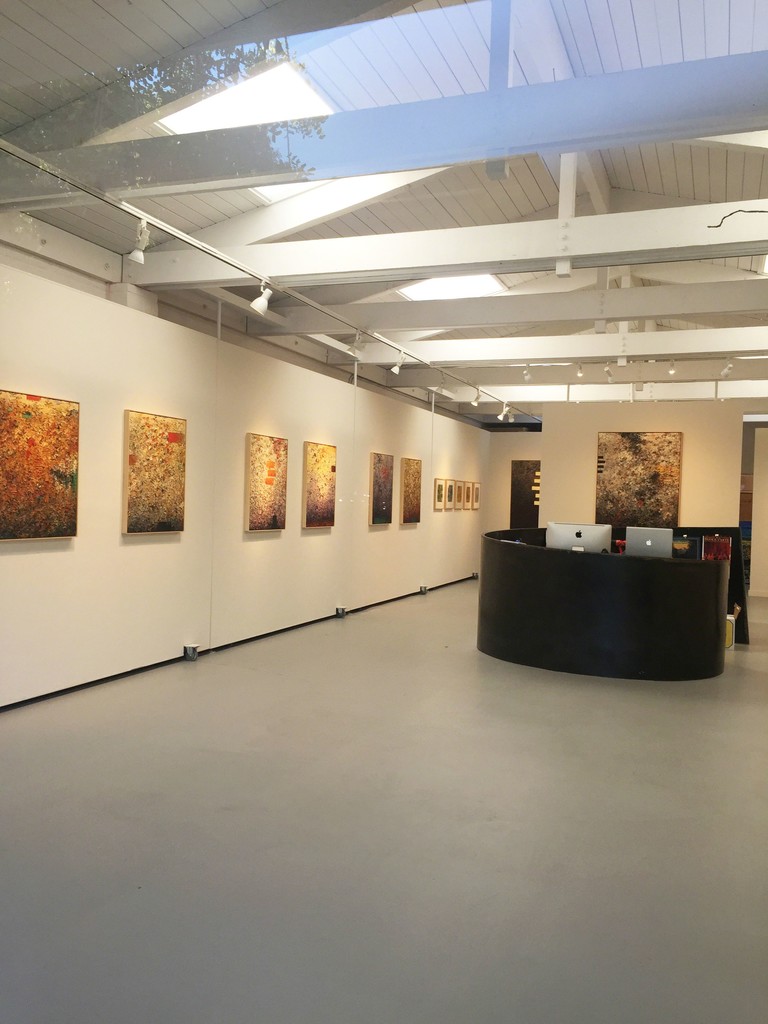 Seager Gray Gallery presents Adventures of the Optic Nerve, a one person exhibition of works by artist Charles Eckart in Mill Valley, CA, September 16 to October 16, 2016. There will be a reception for the artist on Saturday, September 17 from 5:30 to 7:30 pm open to the public.

The paintings of Charles Eckart are a celebration of the expressive powers of pure pigment. The artist grew up in Yosemite across the meadow from the Ahwahnee Hotel and in view of Half Dome. His early everyday visual experience was of vistas that can take your breath away. It instilled in him a visual bar that was high from the beginning. Eckart began painting early and found inspiration in the Yosemite Museum’s collection of works by Thomas Hill, Albert Bierstadt and Thomas Moran honing his skills in both draughtmanship and painting, but found that just getting it down, or replicating what he saw did not quite get at the more metaphysical sensation – the awe that was inspired by the surroundings. For Eckart, it was a metaphysical preoccupation that was accompanied by a more physical sensation – that retinal vibration in the eyes that accompanies looking at something indefinably moving.

Fast-forward through a solid arts education at the University of the Pacific and the Art Center College of Design in Los Angeles followed by a stint as an award winning Art Director at the prestigious advertising firm McCann Erickson. Eckart’s early works were showcases for his prodigious abilities in drawing and paint – commuter drawings of his observations in the city and precise rendering of his San Francisco environment, but he became bored. All of the creative work was done in the planning up front. Already lured by his fascination with the power of the pigment itself, he surrendered to a more interactive process. The result was a series of winged figures rising out of amorphous backgrounds of color - the figures often already exhibiting the structure and depth created by applying paint upon paint in variations of colors that became the signature characteristic of his painting.

Eckart became friendly with Charles Campbell, often visiting him in his North Beach Gallery where he showed such greats as Richard Diebenkorn, Wayne Thiebaud, Nathan Oliveira, Hassell Smith, Elmer Bischoff, Christopher Brown and James Weeks. “Charlie had a way of engaging people”, recalls Eckart. “He knew how to get people interested in the paintings and want to own them”. The artist showed Campbell the works but it wasn’t until 1980 when Allan Stone included him in a New York exhibition called “New Talent” and subsequently encouraged Campbell to look closely at the work that Campbell went to visit Eckart at his studio. That was the beginning what was to be a 22 year relationship that gave the artist the career he had always dreamed of.

In 1985, Charles, known to friends as Chuck, and his wife Alice moved to West Marin where the natural surroundings echoed for him the original visual sensations that had always inspired him. He remembers clearly looking down at an area of ground covered with grass, dirt and leaves with their drying edges curling upward. “It was a visual epiphany”, he recalls, “an aha moment.” He began his series of “Ground Cover” paintings - works that were built rather than drawn with layers of paint patiently and deliberately applied. In a review of these works at Patricia Sweetow Gallery, Kenneth Baker wrote “for all their honest materialism, Eckart’s paintings feel suffused with soul. They read as true reports of the entanglement of decisions, acts and recognitions that composes any one of us”. “Eckart locates, or brings into being, a focal plane where we can dwell on the pleasure of seeing paint regain the materiality it sacrifices to subject matter in most figuration”. (Kenneth Baker, San Francisco Chronicle, November 2012).

Eckart’s virtuosity as a painter stems from an intimate understanding and love of his material. He knows how oil paint behaves and is continually finding ways of pushing the boundaries of what he can do with it. In his words, he has learned to “listen to the paint.” The layering of color upon color provides the viewer with an invitation to explore sensations created by rich pure generous applications of color. The artist modulates that experience by laying cool against warm, cool against cool and warm against warm often using as much as 20 pounds of paint, creating a work that is as much “object” as “picture.”

The Seager Gray show is accompanied by magnifying glasses that are available for viewers to peer into the layered depth of the works and experience the abundance of those ‘moments” in a painting that are so satisfying to the eye – how combinations of color, when laid next to another can energize each other and create that retinal stimulation that makes Eckart’s paintings so satisfying. This is especially true in works like Paintscape No. 28, where dark inky lower elevations of paint are topped with blood red pigment creating an uncanny sense of depth and mystery. The painter has created a bar that insinuates itself subtly near the lower left part of the canvas exposing the pure substance of the paint. Bars of this kind are a new element in Eckart’s visual vocabulary. The exhibition includes several paintings that explore the effect of contrasting the rugged surfaces of the works with smooth luscious bands that expose the natural elasticity and luminosity of the oil paint.

There is a reverential quality to Eckart’s painting that is echoed in his Point Reyes studio, the arena where the event that is a painting takes place. It is a light-filled airy space with books and images and all of the things that inspire him. Eckart takes meticulous care of the tools of his practice. Everything in the studio is pristine and organized with only spatters of paint left to testify to his willingness to abandon all blueprints and enter into an open conversation with process. The atmosphere of the studio conveys the artist’s love of everything involved in being an artist - the canvas, the brushes, the scrapers and the paints - so carefully chosen and the best that he can find. A printmaker as well as painter, he has the printmaker’s respect for patience and precision. The exhibition includes eleven soft ground etchings on BFK Rives paper that follow his painting process, building layer upon layer of color runs on the press.

The title of the exhibition, taken from a favorite quote from artist Pierre Bonnard, “Painting is the transcription of the adventures of the optic nerve,” speaks not only to the paintings themselves, but to Eckart’s practice of observation - of “seeing” the patterns and dimensions and rich subtleties of the visual world and transcribing not the details, but the experience of seeing for us into works of art that have a rich and highly satisfying presence.