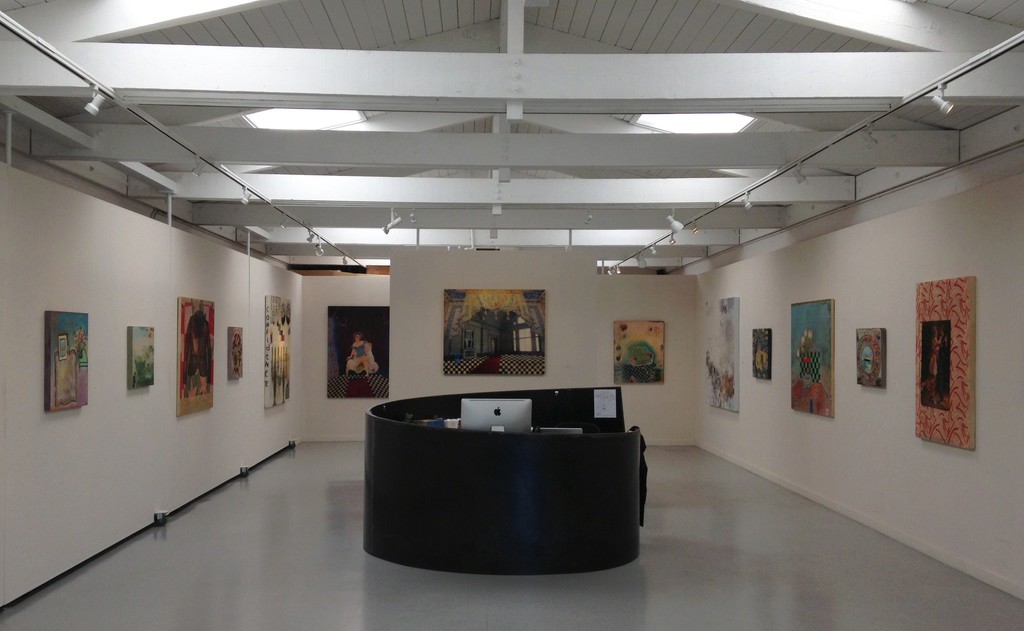 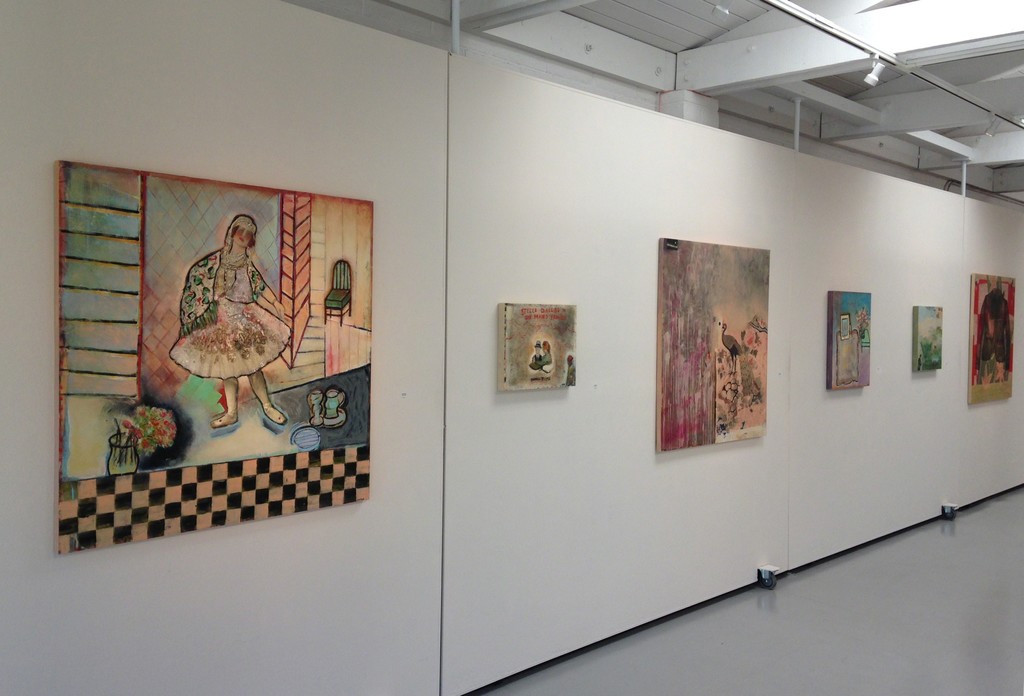 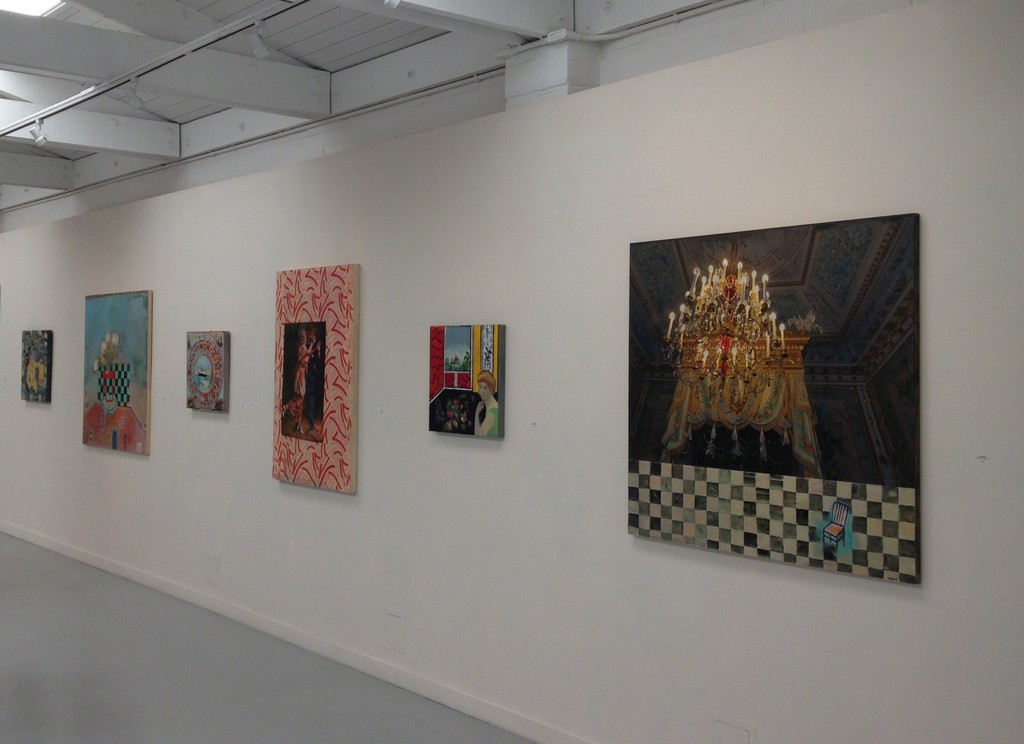 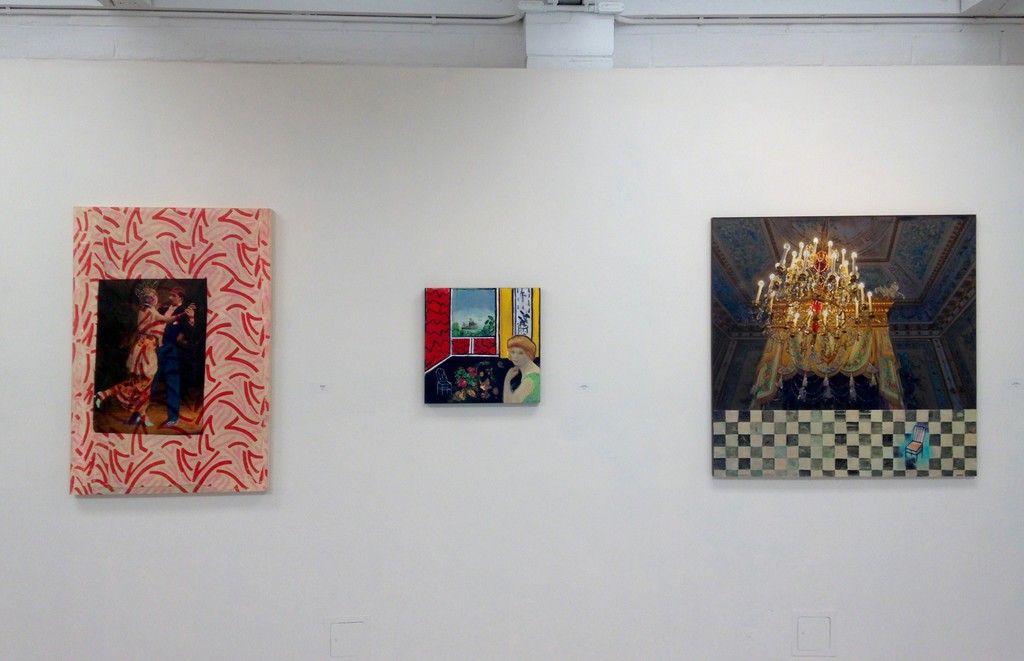 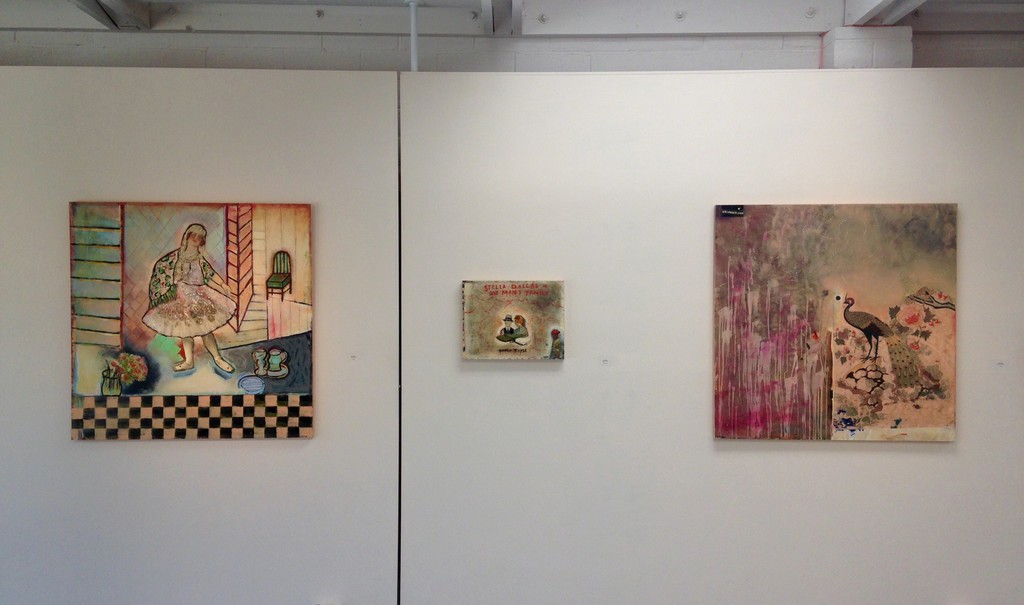 Inez Storer: Memories from the Back Lot at Seager Gray Gallery

Seager Gray Gallery, Mill Valley, presents Memories from the Back Lot, an exhibition of oil and mixed media paintings by Bay Area legend, Inez Storer. The exhibition runs from October 6 to November 8, 2015. A reception for the artist will take place on Saturday, October 10 from 5:30 to 7:30 pm. The presentation coincides with the release of Inez Storer: Allow Nothing to Worry You, a book about the artist’s life and work. There will be a gallery talk and book signing on Saturday, October 24, 4 to 6 pm.

Inez Storer’s true life story would be hard to believe if it was fiction. The daughter of a pilot who became a Hollywood art director and an actress/dancer mother who spent a lifetime hiding the fact that she was Jewish, she spent her early life on movie sets, where grand illusions were an every day stock in trade. Her paintings are like storyboards where Sheherezade might be having lunch with Superman and musicians and costumed extras might be seen rushing to get to the set on time. Later in life, Storer would marry Andrew Romanoff, the grandnephew of the Czar Nicholas II, the last emperor of Russia, their combined true life histories providing much of the rich material that peppers her imaginative paintings.

Storer’s style has been referred to as “magical realism”, her work often blurring the lines between fantasy and reality. With the use of mixed media, combining collage with oil painting in her own inimitable style, she is able to weave past into present, often with a wry sense of humor. A maverick at heart, Storer, depite her masters in painting and years of teaching the basics to students at the San Francisco Art Institute, loves to break the rules in her own work and resolve them in unconventional ways. There is no perspective in her paintings and seldom do they read in any literal fashion. There are props and characters appearing in any arrangement whatsoever, A huge chandelier rises above a parquet floor with a miniscule little chair, (who will come and sit there?), or Greta Garbo appears over the mantelpiece of an imposing Russian palace. She is a storyteller in paint, leaving just enough clues to ignite the imagination of her viewers.