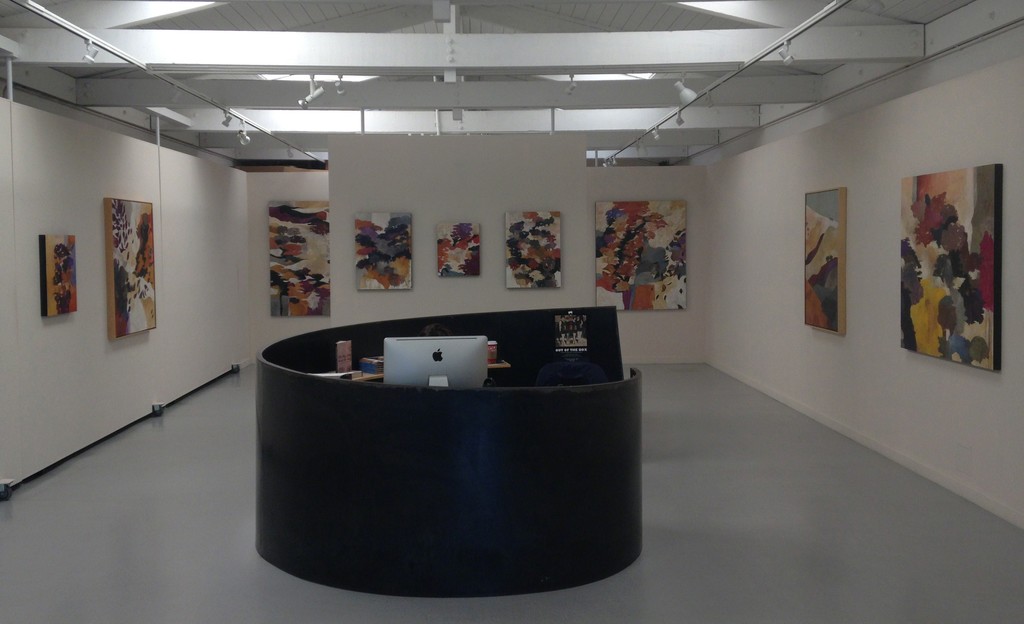 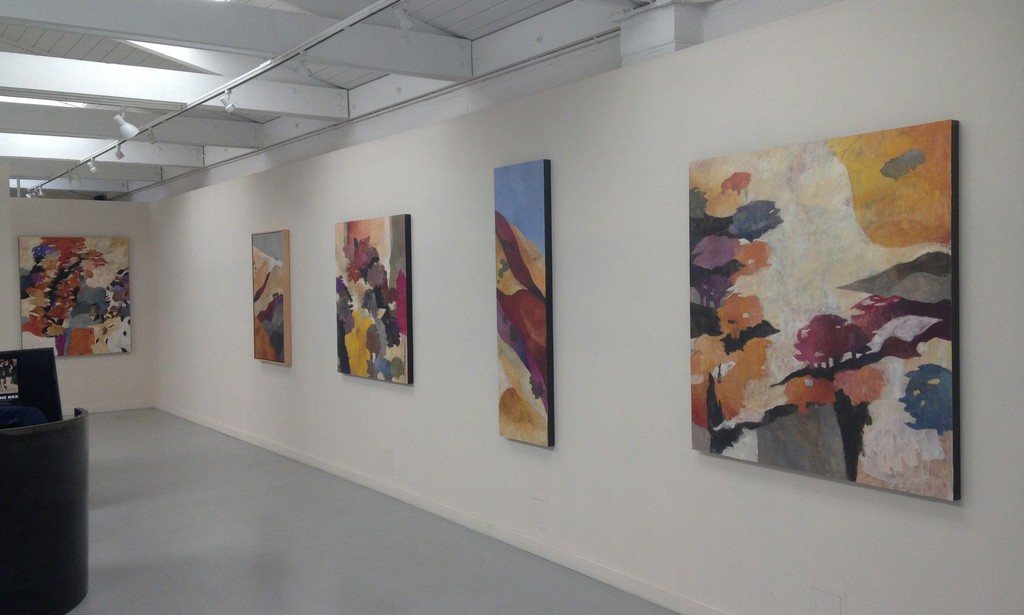 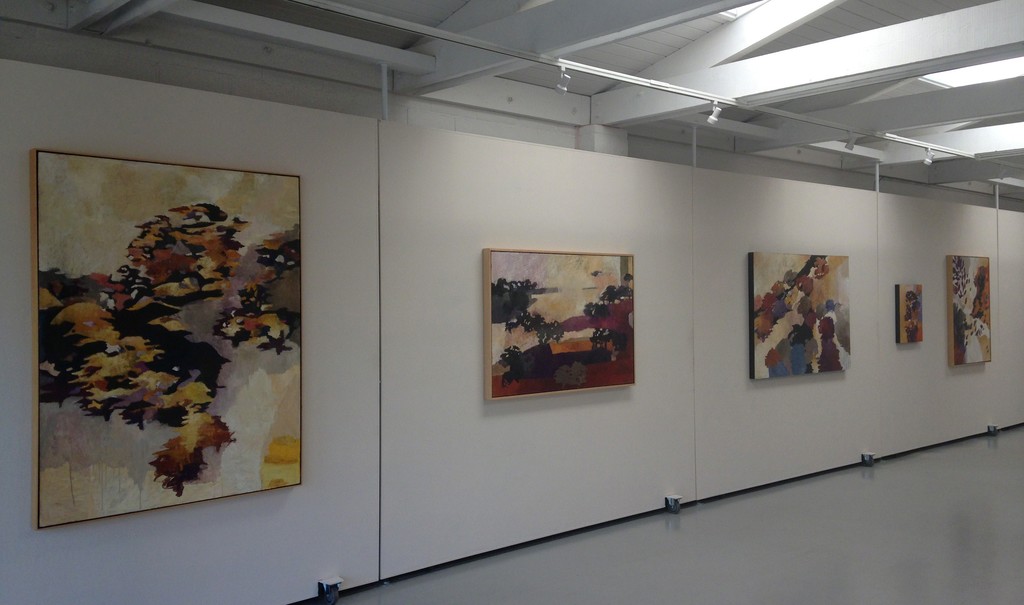 Seager Gray Gallery, Mill Valley, presents Grove Studies, an exhibition of casein paintings by Bay Area artist, James Shay. The exhibition runs from November 10 to December 6, 2015. A reception for the artist will take place on Saturday, November 14 from 5:30 to 7:30 pm. The exhibtion is accompanied by a full color catalog.

From his Lucas Valley studio, James Shay finds inspiration in the dramatic rolling hills of the west Marin County California landscape. “My landscape paintings, abstract in nature, represent some of the sensuality within the natural world and contain memories of California’s oak-studded hills and valleys,” Shay says. “Beautiful visual analogies to human form - soft hills, curves, gullies, grasses and oaks – abound.” Stands of trees dot the landscape in the folds of the hills where the rainfall gathers in the wet seasons. It is these clustered “groves” of trees that form the basis of the exhibition, a study of shape and pattern inspired by nature, but clearly abstracted, allowing for rich contrasts of color and patterned separations of space.

James Shay’s early life reads like a Larry McMurtry novel. He was born in South Dakota in the heart of Midwest farmland and moved with his family to Yuma, Arizona at age thirteen, when his father purchased a Phillips 66 gas station outside of town. His early visual landscapes involved big skies, the Missouri River, desert sun and a great deal of wide open space. He remembers from a young age seeing Life Magazine articles about Abstract Expressionists like fellow Westerner, Jackson Pollock and the group that was to become the New York School. What struck Shay was the spirit of the work, the gestural freedom and lack of constraint. His early heroes were Clyfford Still, Arshille Gorky, Mark Rothko and Franz Kline.

Shay’s work is distinctive in its use of casein, one of the oldest painting mediums in history – going back to ancient Egyptian tomb and temple painting. Once derived from milk protein, newer versions of the paint made from synthetic proteins lend themselves to a great deal of abrading during the painting process. For Shay, the ability to scrape and sand are essential, allowing him to reveal a painting’s history layering the work with a memory of time and process. Casein often has a matte finish, earthy like clay, giving the paintings a feeling of fresco, enticing the viewer with the use of an old medium used in a completely new way.

Drawing comparisons to Shay’s work proves an interesting challenge, but Milton Avery and Arthur Dove come to mind. Both believed in distilling an image by simplifying the shapes and removing unnecessary elements. In the Grove Series in particular, Shay’s trees are forms of contrasting color overlapping with dark shadows tracing their presence against the sunwashed hills. In other works in the exhibition, such as Arc or Into, contemporary Asian artists come to mind and in Wind Cluster, the blown shapes of leaves recall the playfulness of a Matisse cut-out.

Nonetheless, there is something particularly Western about Shay’s work, a sense of wide space and controlled freedom. Like Diebenkorn, whose work was categorized in series based on the place where they were made (Berkeley Series, Ocean Park Series), Shay is influenced by environment, particularly the environment in which he lives. There is no shortage of artists setting out to capture the beautiful preserved landscape north of the Golden Gate Bridge, but Shay’s interests lie not in literal description, but in capturing the experience of being there. Since 1997, when he first began painting the landscapes of Marin, the work has become increasingly abstract, allowing for the kind of focused experimentation and immersion in process that excited him so long ago. The curved and sensual lines of the hills interrupted by the occasional copse of trees become generous forms to hold paint, providing the bones of the work and an open-aired arena for the event that is a painting.