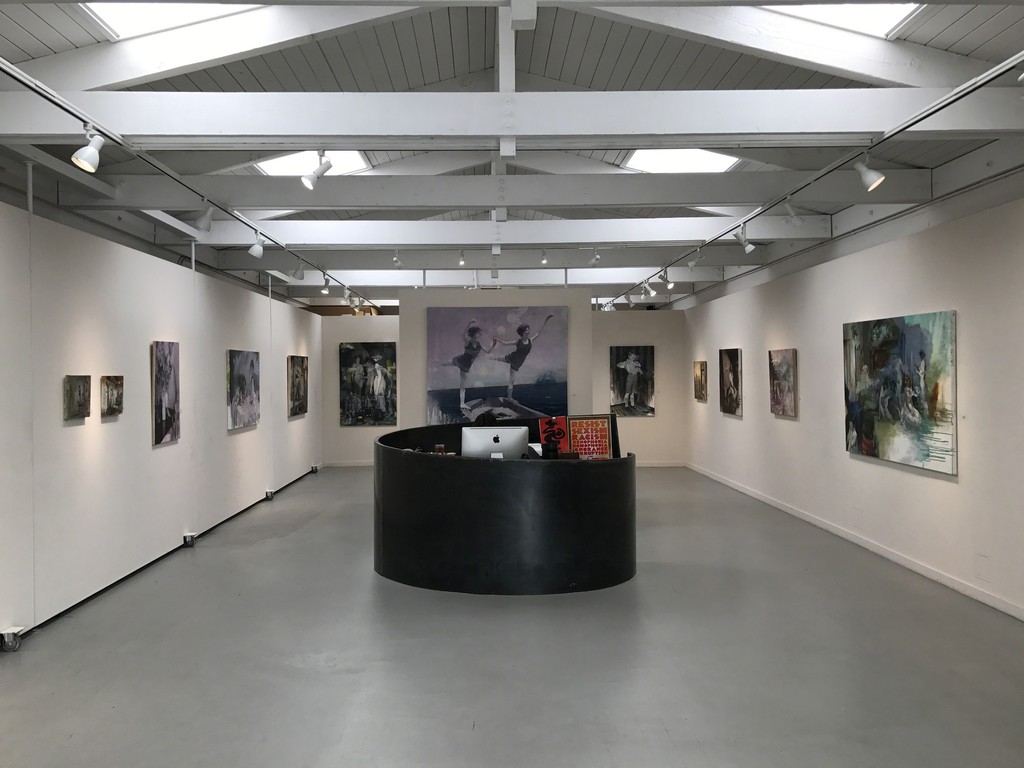 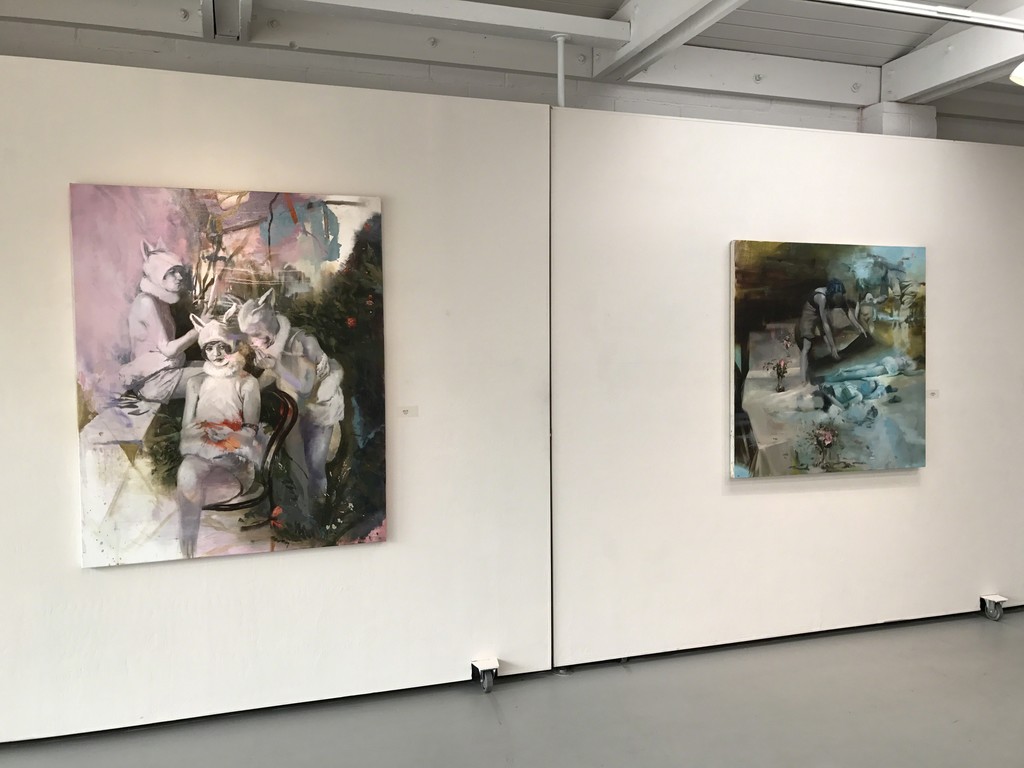 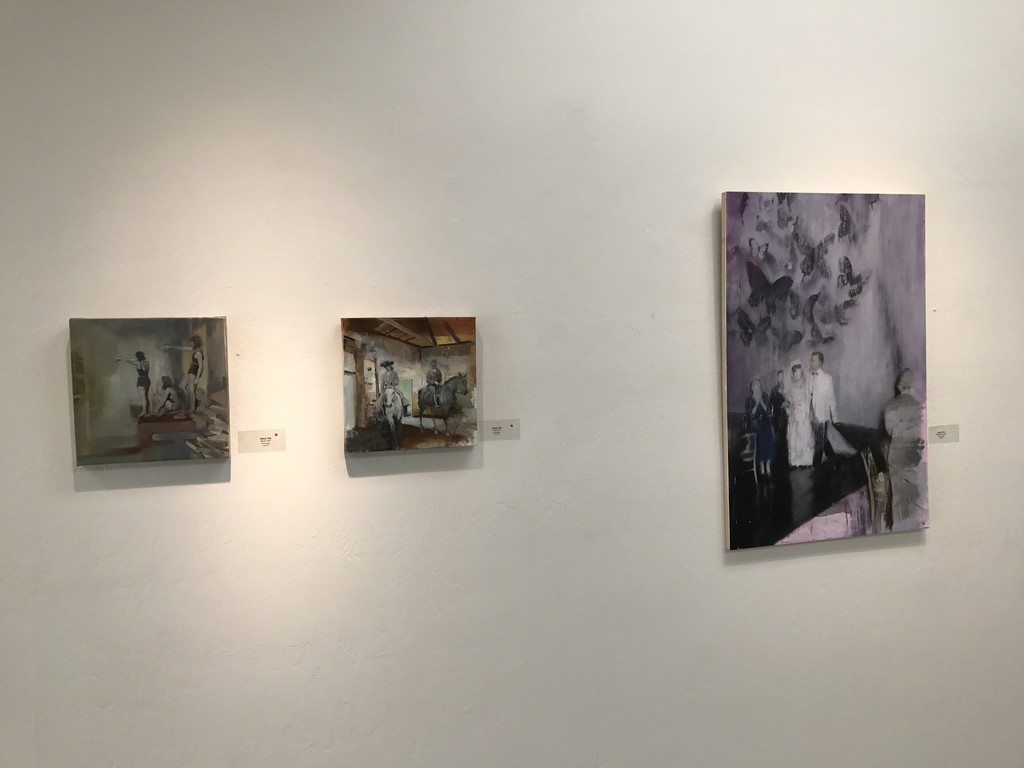 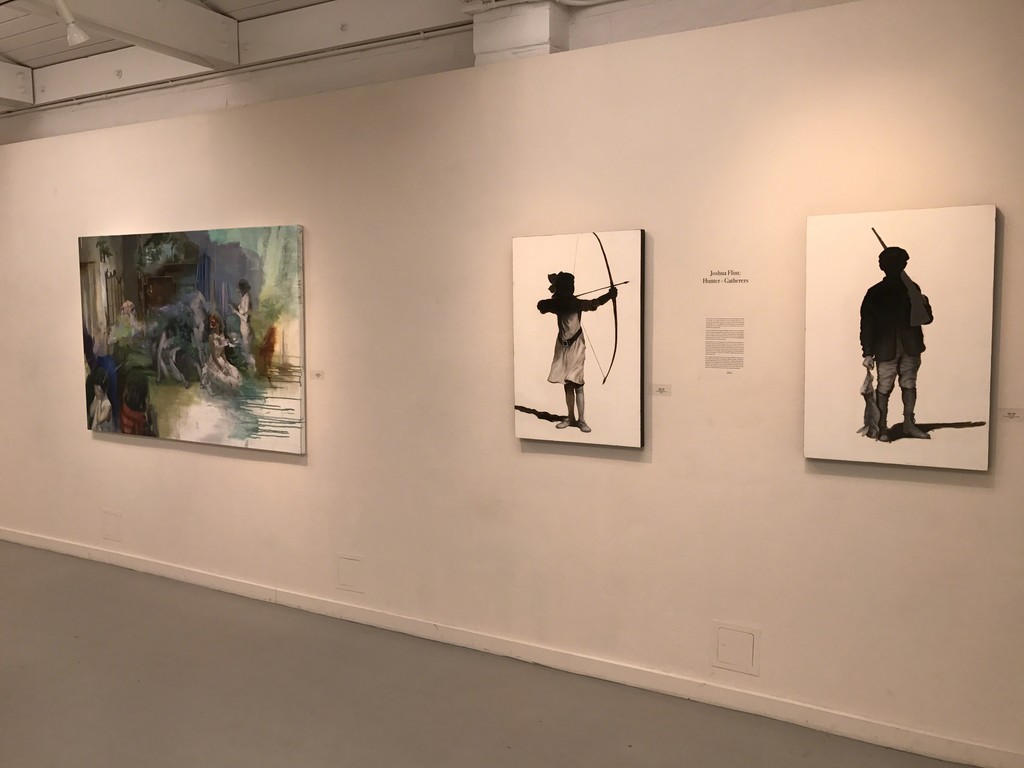 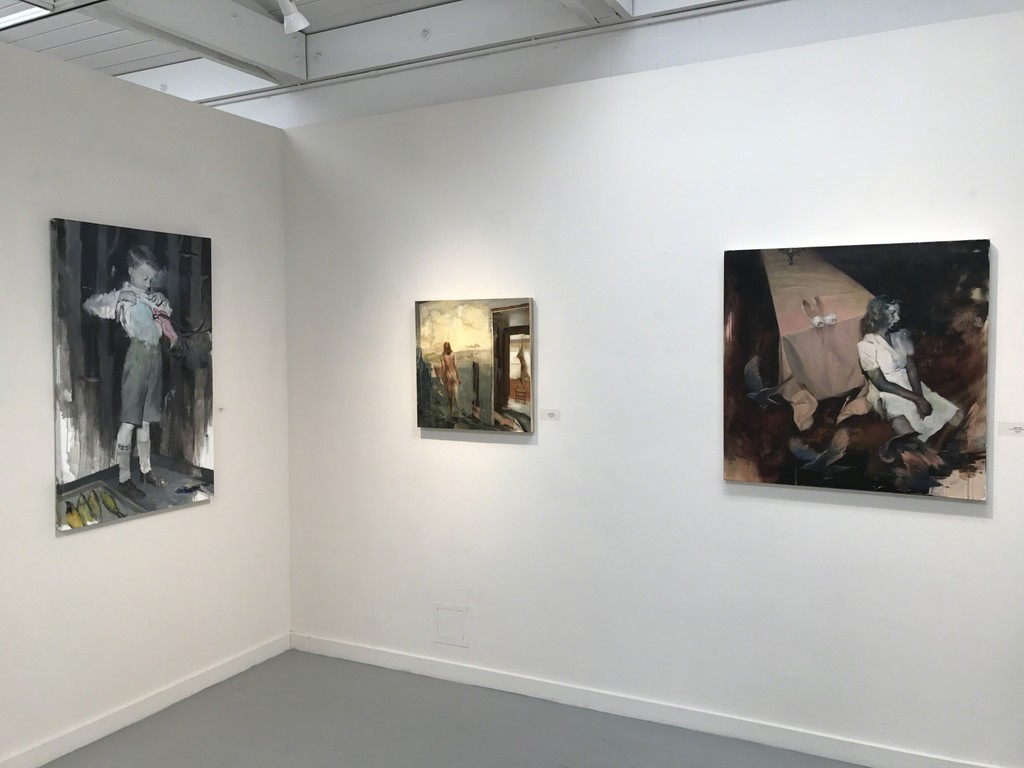 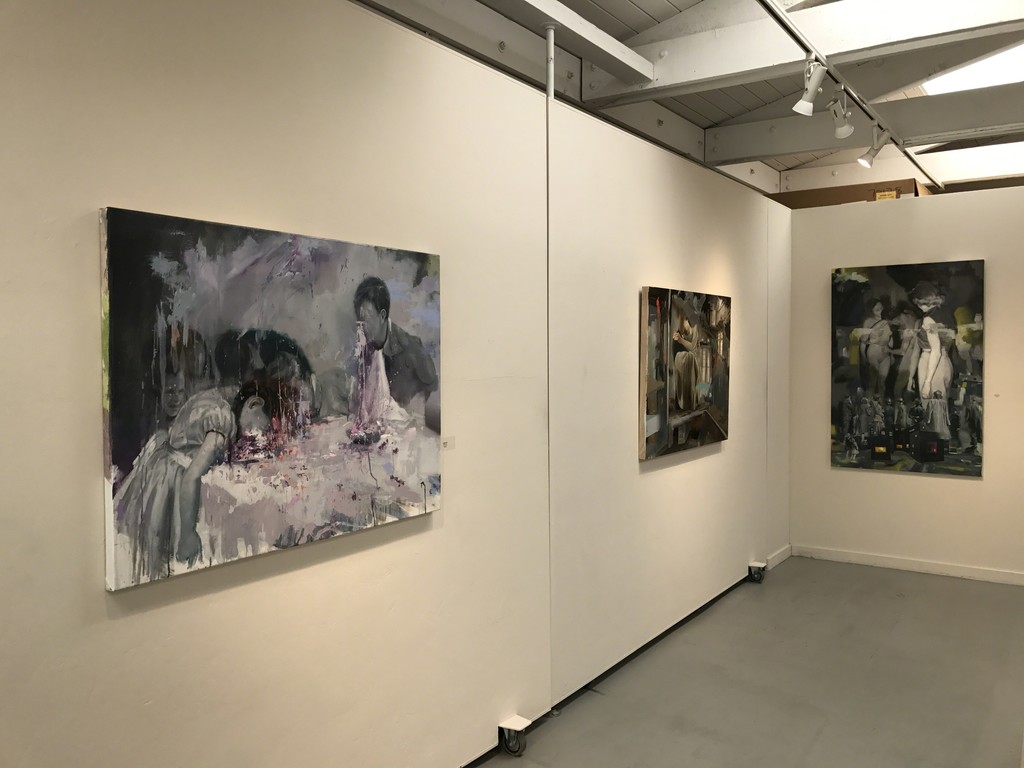 Seager Gray Gallery announces their first solo exhibition for artist Joshua Flint from October 2 to October 31 with a reception for the artist on Saturday, October 7 from 5:30 pm to 7:30 pm. The exhibition, entitled Hunter-Gatherers draws on his continued exploration into memory, supernatural figure-scapes, and his fascination with photographs found in museum archives, vintage shops, film, and social media platforms. The photographs serve as a type of scaffolding in which to build the painting, layering candid portraits with complex themes such as ecological issues, neuroscience, psychological states, cinema, and how we develop identity in an atemporal reality.

The exhibition title alludes to art critic and author John Berger’s thoughts on the use of old photographs. He believes the incorporation of found imagery is taking what was once private and making it public. In this way, it introduces “a rorschach for our imagination“ disconnected from the original familial or friendly bonds, allowing a wide-open interpretation. Photos contain memory and hope, “past and future, like a bottle tossed into the sea of time.” However, unlike the source material, Flint’s paintings contain the past and the future mixed with contemporary matters.

In this particular series the focus is on the figures while the worlds they inhabit become backdrops like in a film or a play. Spaces are both defined and suggestive. Flint says, “Once I procure a reference I then omit, rearrange and introduce new elements much like a director would on set for a movie. If I were to create the desired outcome with models and objects I’d be too beholden to that experience and less likely to break away from the resultant imagery.
I think there’s always a certain level of tension in my paintings whether that exists between how the paint is applied and the marks I make or how the figures collide and converse with the landscape.” It’s this honesty and authenticity of approach that lends the work an openness of interpretation.

The act of painting is one of discovery for the artist. Often, imagery is gathered for an unknown reason; there is simply an emotional resonance. By introducing and combining new elements – including birds, mountains, specimen collections, boats, horses, tables and chairs – the images are liberated from their original context. The act of painting reveals what is suggested but not present, like butterflies on your wedding day as seen in Wedding Cake (2017). This approach resembles how we remember the past which is much like recalling a dream upon waking up; lucid moments create a distinct narrative mixed with visions you care barely grasp. The totality creates a rich sensory experience open to interpretation.

Joshua Flint (born 1977) received a BFA from the Academy of Art University in San Francisco in 2002. Since then he has exhibited extensively in the US at galleries such as Robert Lange Studios in Charleston, Sloane Merrill Gallery in Boston, and La Luz de Jesus Gallery in LA. His work has been featured in American Art Collector, Southwest Art, and Poets and Artists. His paintings can be found in the Hinson Art Museum at Wingate University, the City of Astoria, Oregon, and in Colección Solo, Madrid, Spain. Joshua lives and works in Portland, Oregon.