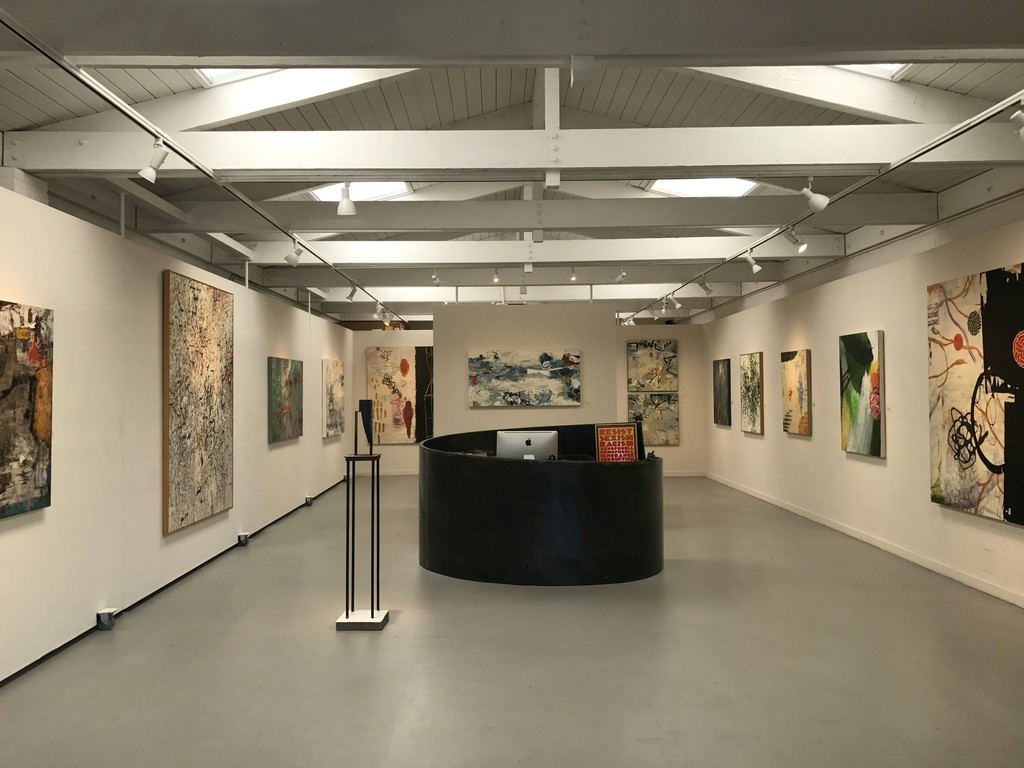 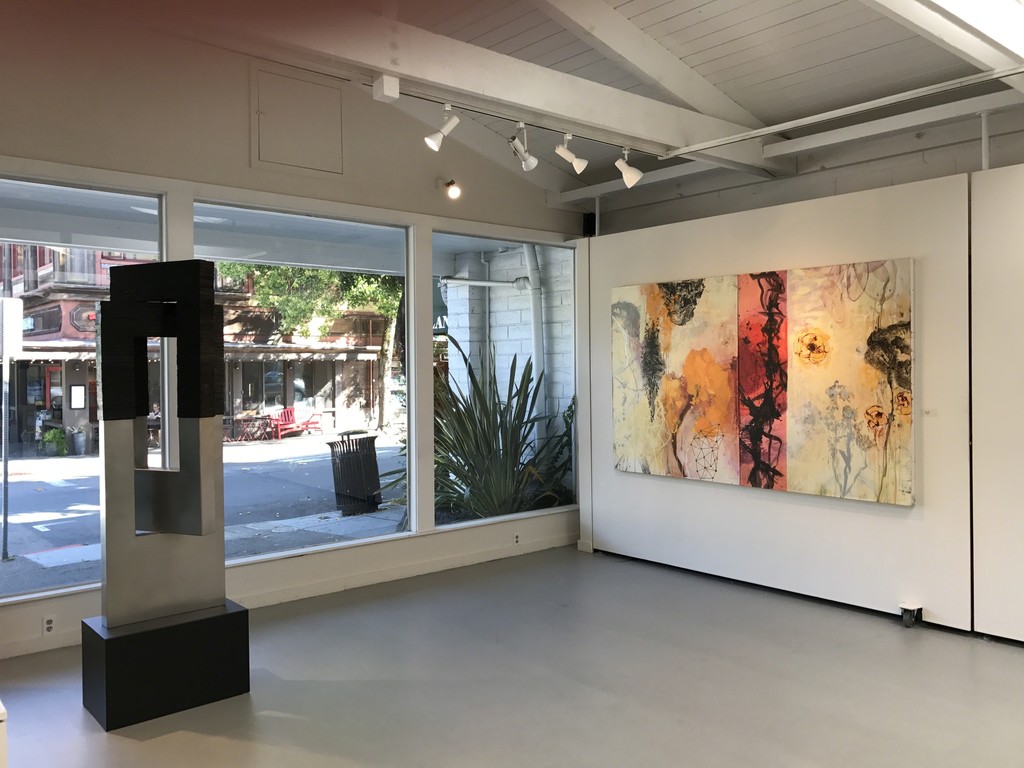 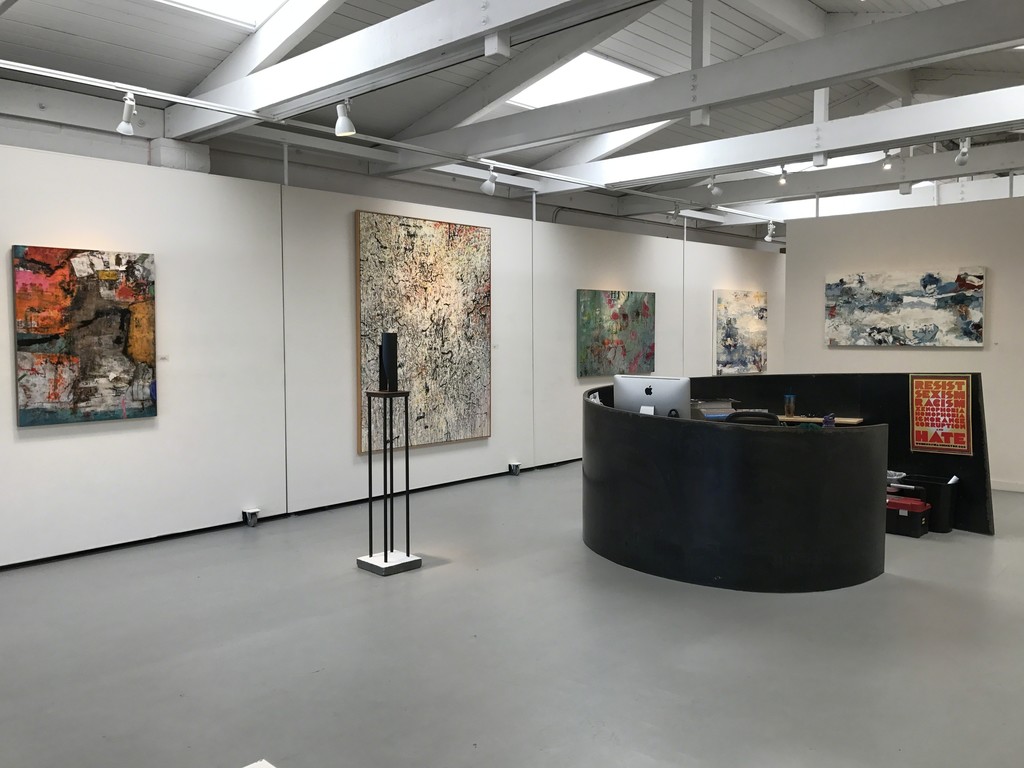 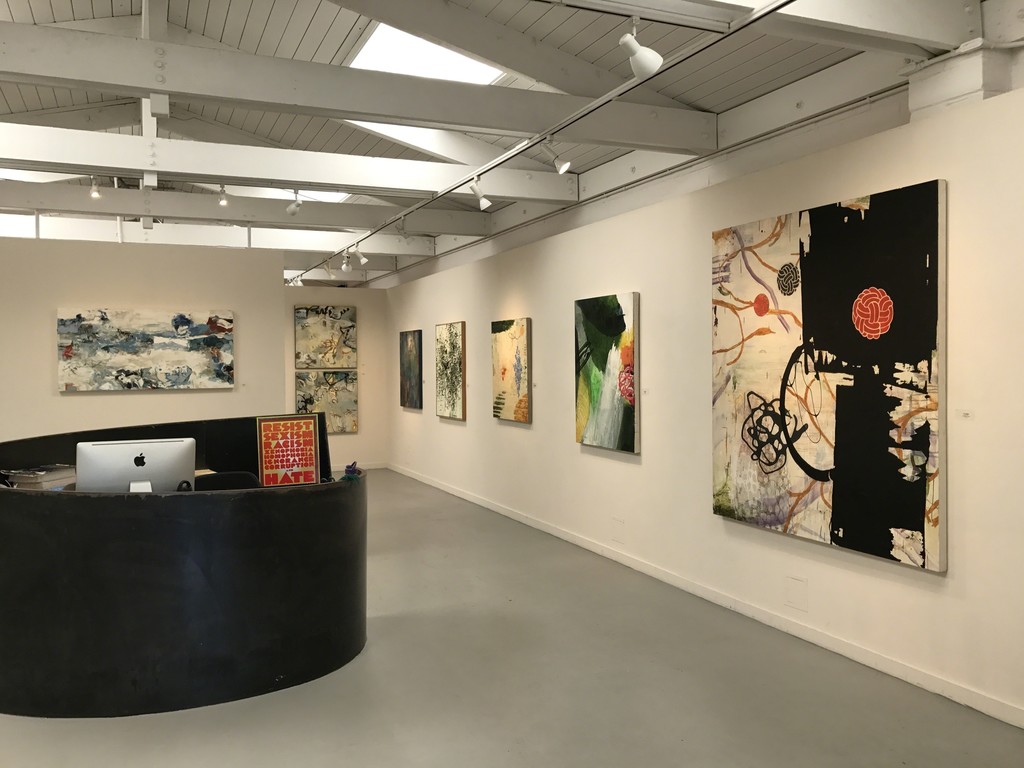 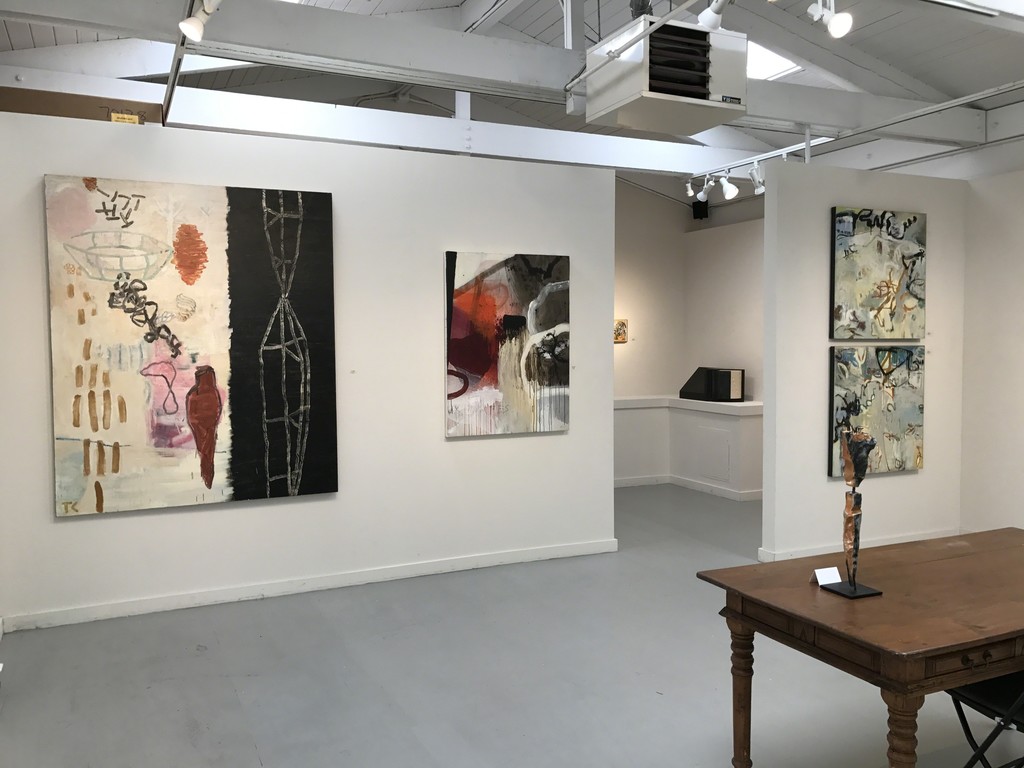 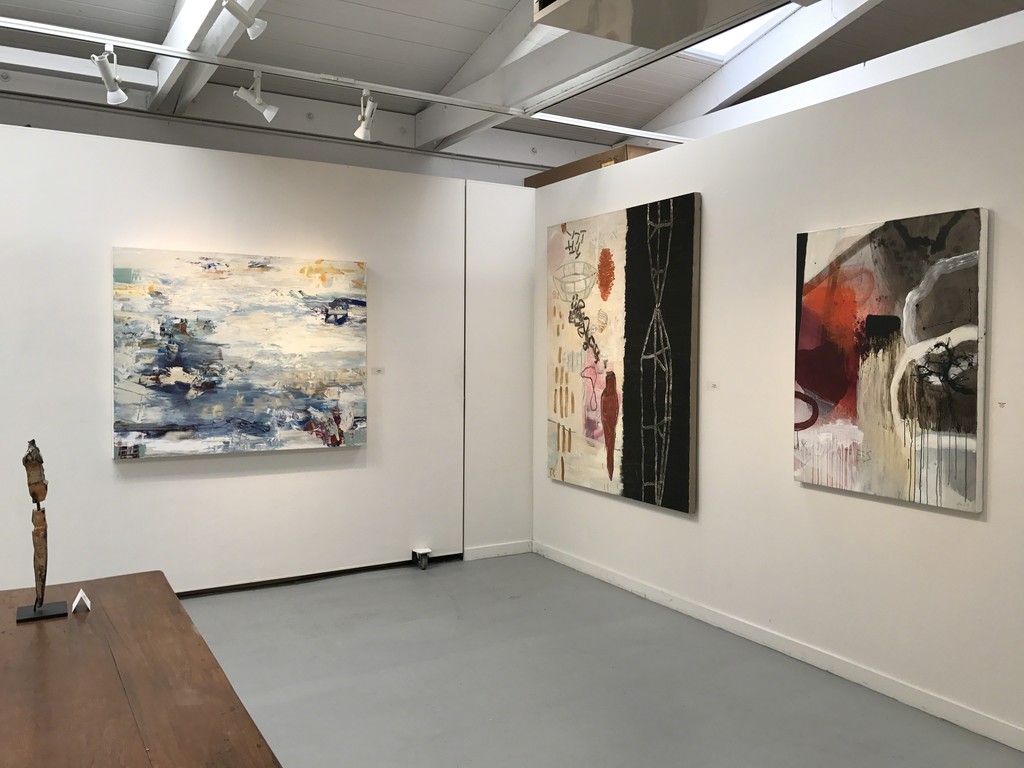 Seager Gray Gallery presents Markings, an exhibition of abstract works by Leslie Allen, Tim Craighead, Charles Eckart, Chris Hayman, Claudia Marseille and Allison Stewart. Abstract art uses a visual language of shape, form, color and line to create a composition that exists independently from visual references in the world. By the end of the 19th century many artists felt a need to create a new kind of art that would encompass the fundamental changes taking place in technology, science and philosophy. In Markings the gallery looks at abstraction in the 21st century, focusing on 6 established artists and their personal use of abstract language after years of development.

Marin artist, Leslie Allen has shown with the gallery since its inception and is highly valued among collectors. Allen is a painter’s painter. She approaches the canvas without preconceived notions and allows the process to guide her through the painting. She immerses herself in the development of the painting as it occurs, responding to every
mark with a keenly developed improvisational style. Allen relishes the pure color and movement of oil paint on the surface. She has worked out her own visual language through years of experimentation and exploration. These are sophisticated paintings with a keen sense of color, gesture and division of space.

Tim Craighead’s work inhabits a space between objective and nonobjective painting. Hints of forms resembling vessels or plants float in the picture plane serving as a matrix for what are essentially autobiographical works. Craighead is interested in the symbolic potential of the objective world and the possibilities abstraction presents in suggesting the unknown. The works emerge from a more enigmatic, less familiar place. Craighead’s paintings are often informed by his considerable skills as a printmaker, where repetitive patterns and the orchestration of soft and hard boundaries expand the vocabulary.

The paintings of Charles Eckart are a celebration of the expressive powers of pure pigment. Eckart’s virtuosity as a painter stems from an intimate understanding and love of his material. He knows how oil paint behaves and is continually finding ways of pushing the boundaries of what he can do with it. The layering of color upon color provides the viewer with an invitation to explore the sensations created by rich pure generous applications and the experience provided by laying cool against warm, cool against cool and warm against warm often using as much as 20 pounds of paint, creating a work that is as much “object” as “picture.”

Christine Hayman has had a continuous exhibition history, showing in galleries though out the country, most notably in Washington DC, Charlotte NC, Dallas TX, New Orleans LA, Park City UT among others. Her work is in innumerable private and corporate collections. Living in northern California on a farm with livestock and natural surroundings, Hayman’s newest work concerns itself with space. She is interested in how forms are energized by the space around them, especially when incorporated into paintings with vivid contrasting color and thick painterly textures. Inspired by the natural world, Hayman believes painting is a process of constant investigation. She credits Gustavo Rivera, Roland Peterson and Mike Henderson as having greatly influenced her aesthetic sensibilities.

Claudia Marseille’s intelligent encaustic paintings use layers of wax to orchestrate images of discarded objects, recycled materials, graffiti, torn flyers, and rusted metal, all providing a bridge between her inner world and the outer landscape of urbanization and globalization. She is engaged by the universality of human experience that she finds in the residue of urban spaces. These new works were generated by her recent travels to Buenos Aires, Berlin and San Miguel de Allende.

New Orleans artist Allison Stewart has gained national recognition for her paintings expressing the complex and disturbing dialogue between man and nature. Trained as a biologist, Stewart is inspired by increasingly fragile environments and the ultimate interconnectedness of all living things. She uses layers of color, light, form and texture to address issues of beauty and loss, time and transformation. Residing somewhere between realism and abstraction, the paintings become visual diaries upon which Stewart records her responses to the threatened landscape. A gifted painter and teacher, Stewart is a new addition to the gallery roster and the gallery is excited to introduce her to the Bay Area audience.