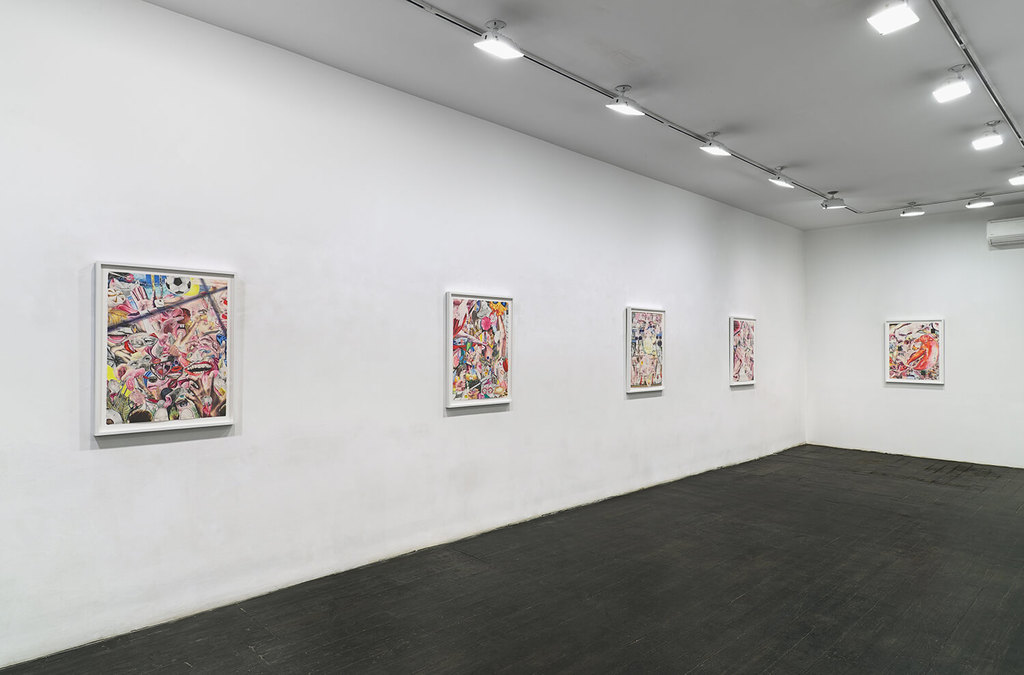 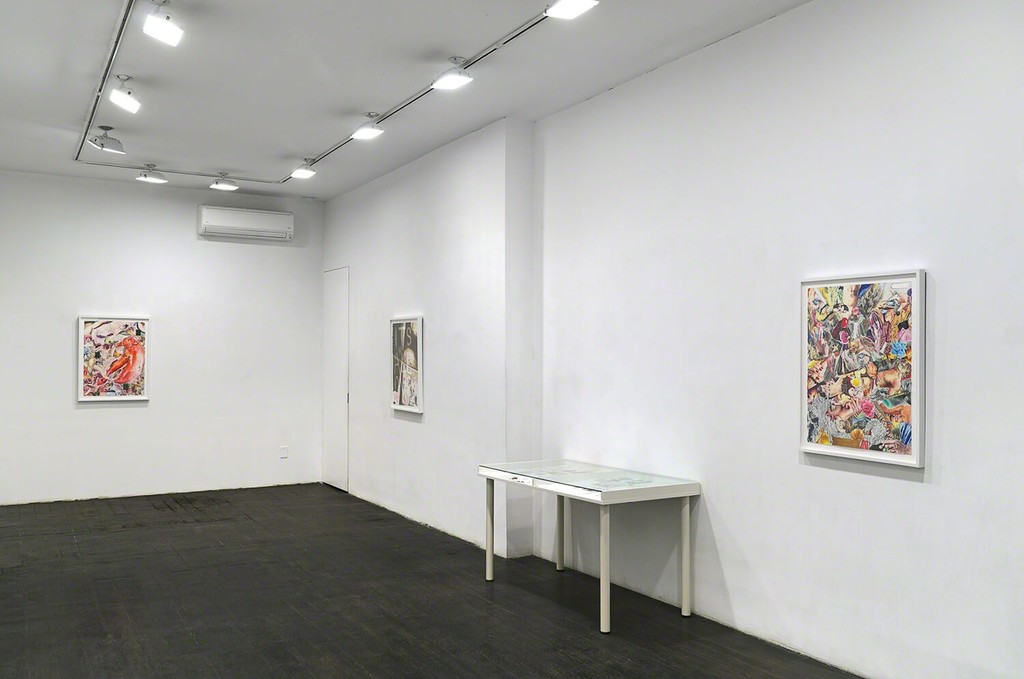 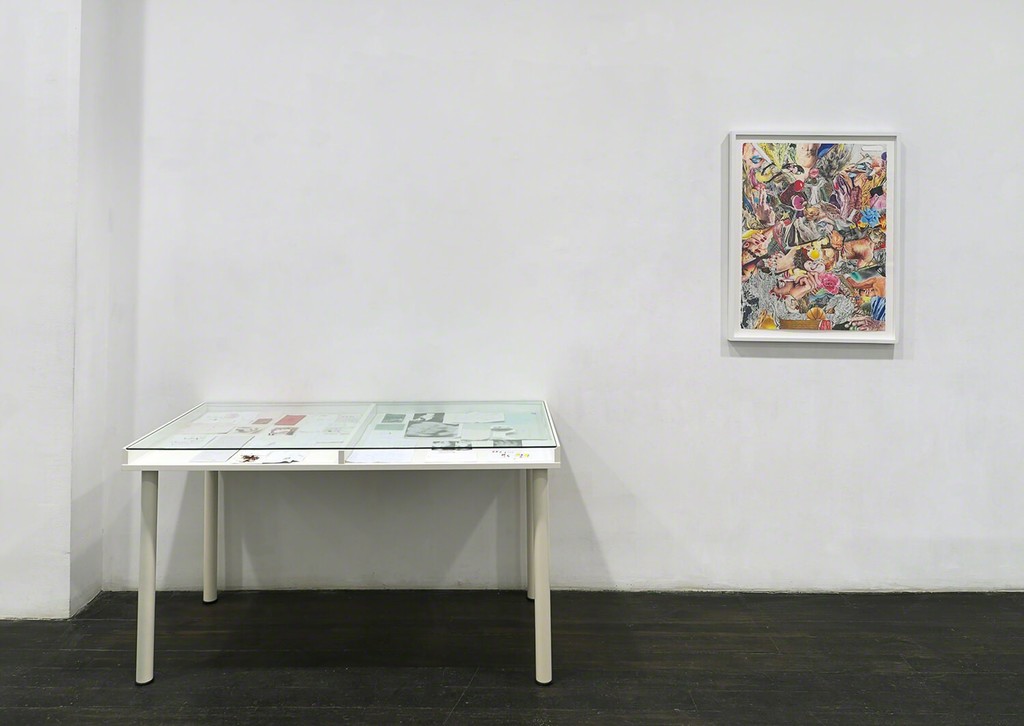 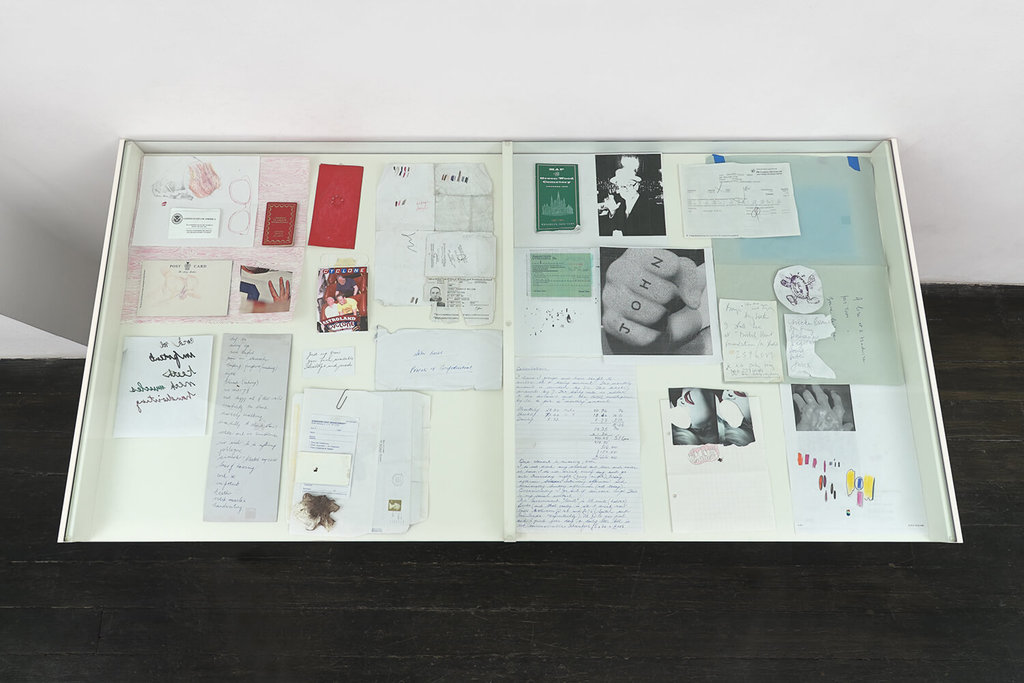 The gallery is pleased to announce They think it’s all over, the first New York solo exhibition by New York based, English born artist Thomas Lowe.

Through a hyper controlled drawing style, Lowe depicts a reconstructed reality made up of external influences and regnant inner forces. By using a multitude of gathered images as diving boards for metaphors, he tells stories. Each image carries a meaning and its relationship to another recounts an event. Lowe does not seek to reconstitute reality but builds an alternative, more beautiful one where he can exert complete control.

While evoking certain chaos of emotions, Lowe conveys order through strict compositions. The seemingly effortless flow rendered in this series of drawings, is Lowe’s primary concern and ongoing pursuit. The viewer is submerged within Lowe’s reconstructions, working backwards from his dismantled memory towards a new version of reality. Lowe’s compositional methods recall the rigor of the historical paintings while refuting any notion of perspective.

The color and drawing style is not about technique so much as it is accuracy of meaning. Lowe uses color as a character in the stories he tells, to amplify a feeling or point the finger at an emotion. The constant shift in style from one image to the next instigates a movement that brings the drawings to life. Beyond the symbolic system of the drawings and the stories they tell, the fundamental goal is to find the perfect color and the most harmonious composition, which ultimately allows the story to be told.

They think it’s all over presents us with the aftermath of a series of works dealing with the process of subliming an imposed reality. Each work in this series fills the page to the brim, boiling over like the thoughts in your head. Confronted with Lowe’s intricately organic works, we might find ourselves constantly attempting to gain perspective on their meaning and perhaps, forever wondering.

Thomas Lowe (b. 1982, North Shields, England) lives and works in New York. He received a BA in Drawing from the Camberwell School of Art of London in 2006. He has been featured in group exhibitions at Alexys Schwartz Projects in LA and Jack the Pelican Presents gallery in Brooklyn. They think it’s all over is the artist’s first solo show with Horton Gallery.