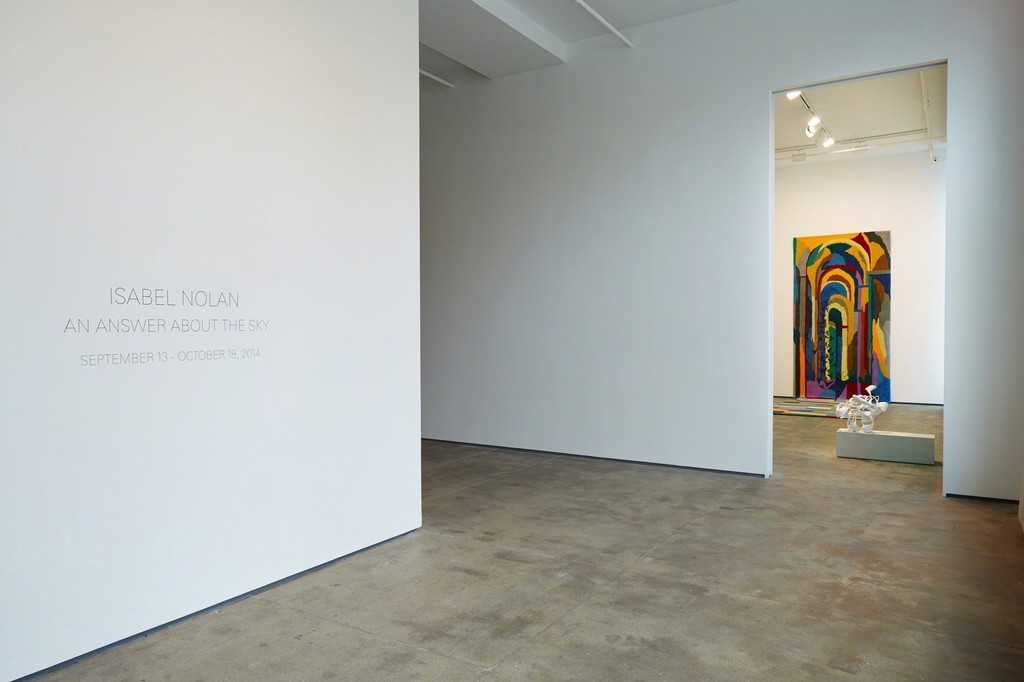 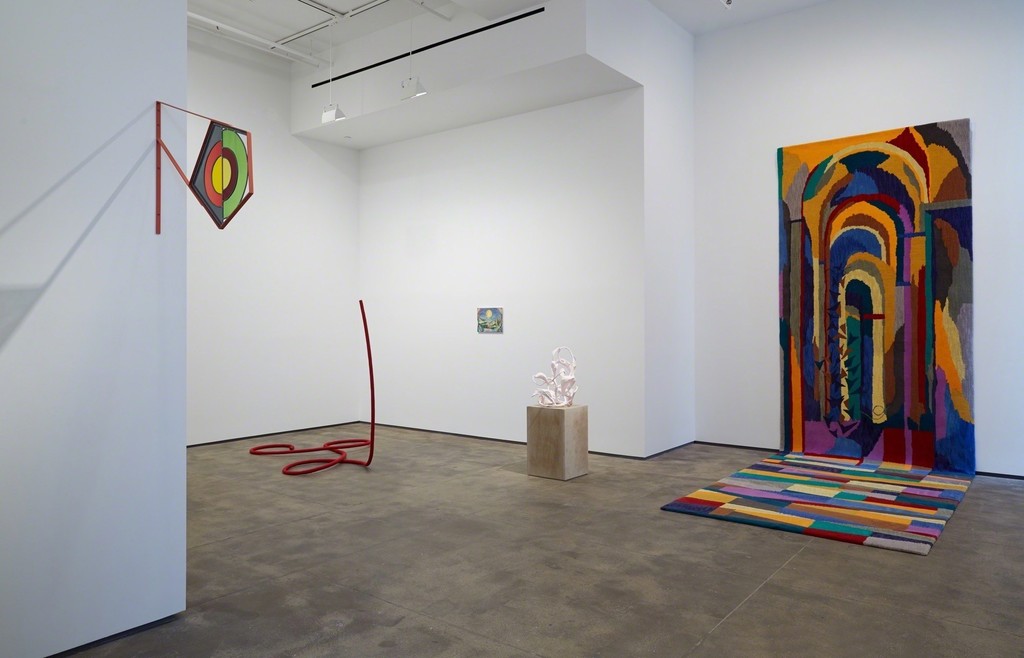 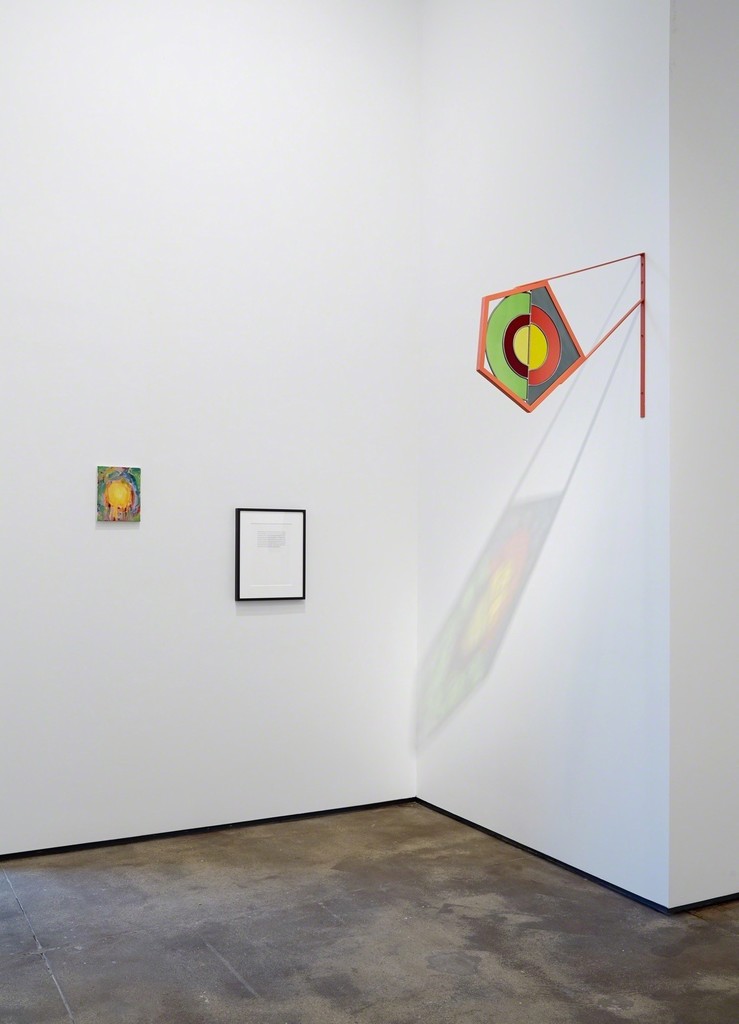 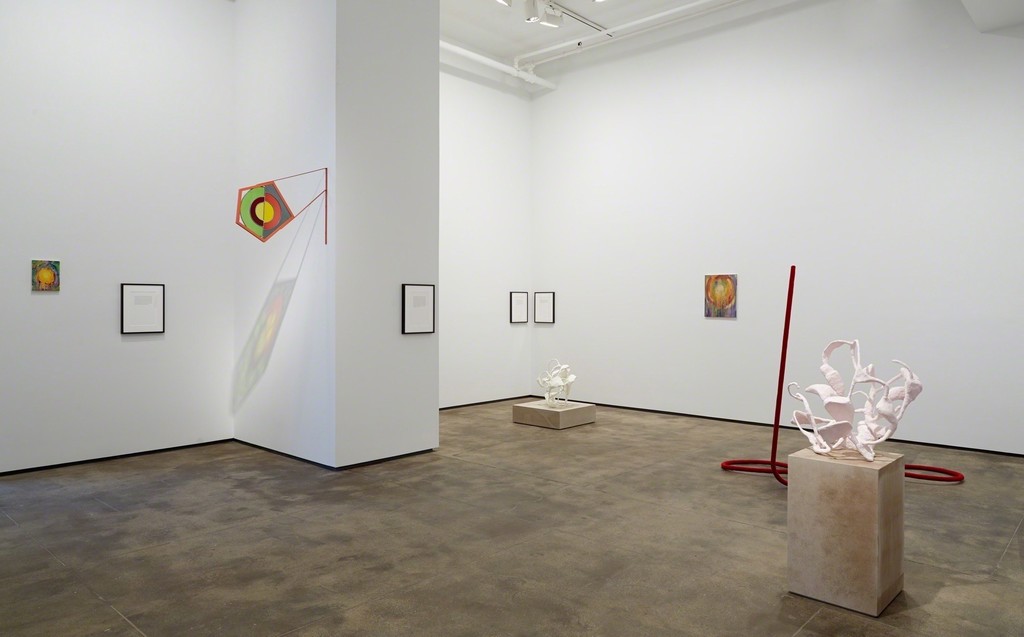 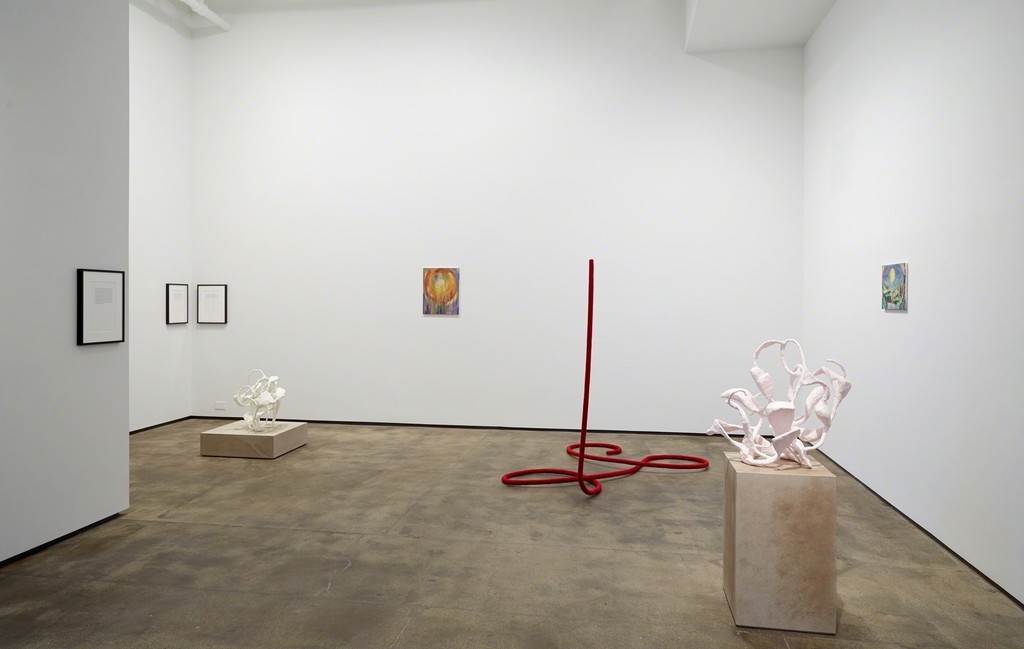 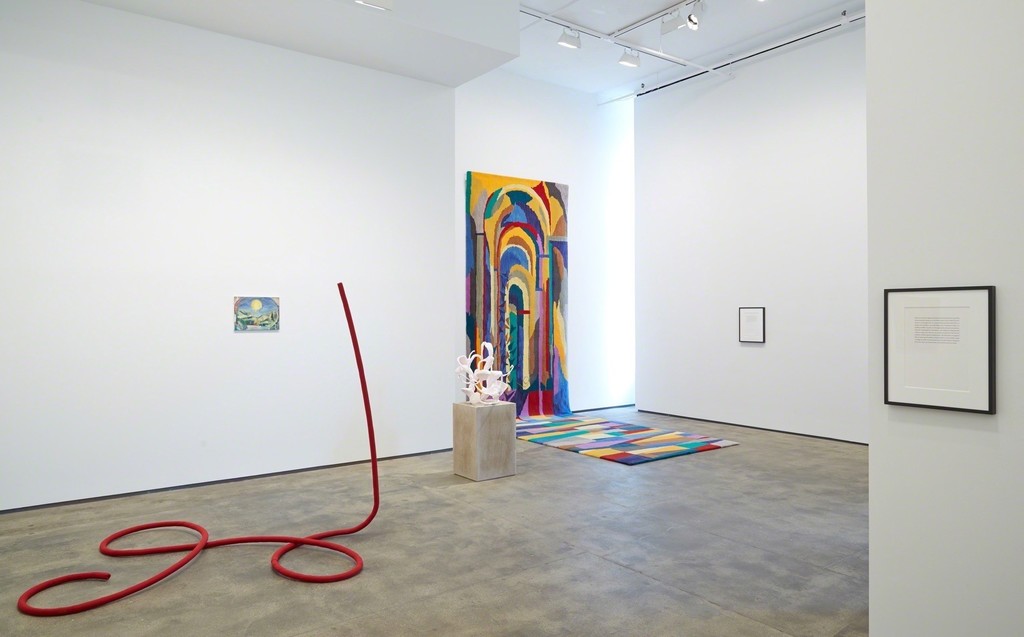 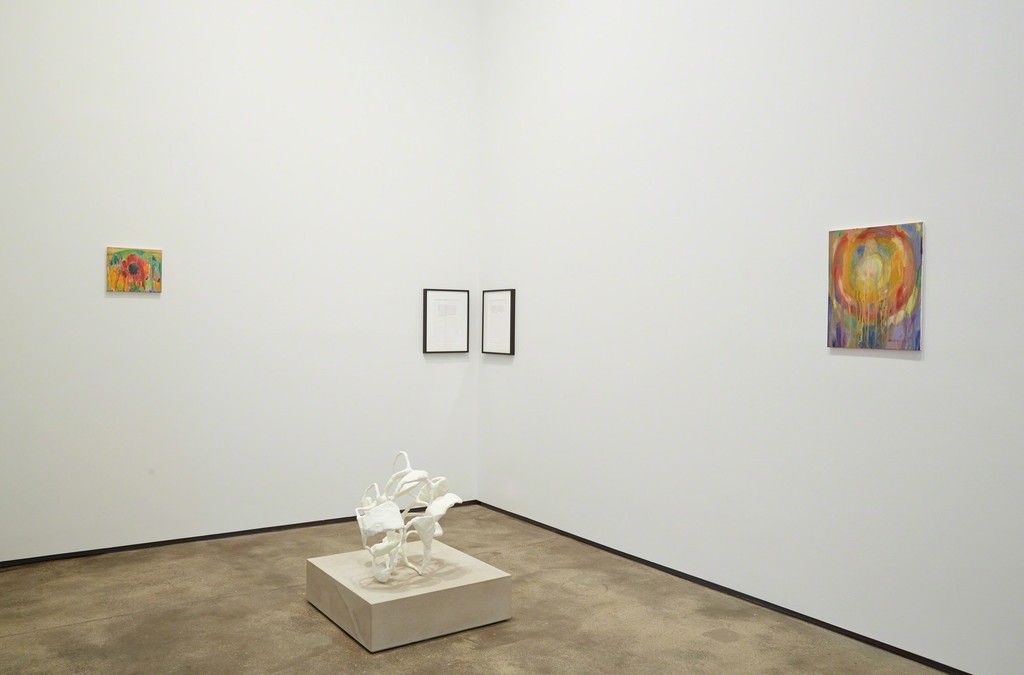 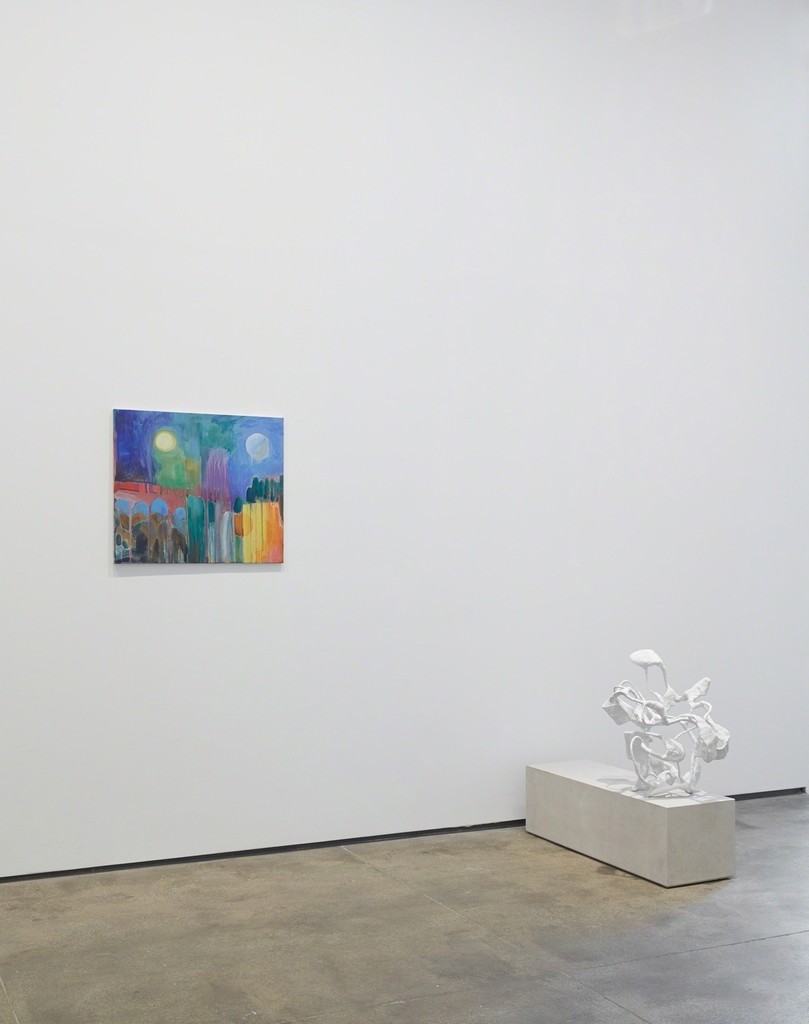 An answer about the sky will include new hand-made sculptures, paintings, a text piece and Nolan’s newest large-scale textile work, The emptied room: A rug for the 20th Century. The works are exemplary of the artist’s restless investigation of the omnipresent aesthetic compulsion to find order, to generate a material record of place and time and thus secure an understanding of the world.

The exhibition title is from the Strugatsky Brothers’ novel Definitely Maybe (1974), referring to a thwarted effort to find the answer to one question and receiving information on an entirely different matter. Nolan sees this as a metaphor for productive artistic research:

“Artworks thrive in a space of necessary failures and missed objectives. They are willful and stubbornly refuse to be fully instrumentalised or to ever be wholly in control of their own meaning or ends. I thought I was making a show that  considered disintegration and failure. In the process, I learned more about the treachery of beauty than disintegration. For instance, I wanted to make a rug prompted by the meditative, virtually monochrome painting Convolvulus by Paul Nash. Made in 1930, the painting alludes to the demise of civilizations and of nature’s vitality and indifference to culture. Yet somehow I conceived a sumptuous rug rich in colour and an almost obscenely lovely vision of a deliquescent, defunct architectural space.”

The fracturing of representational form and structure into poetic abstraction is common to many of the featured works in the show. The hand-tufted wool rug occupies both the wall and floor. The architectural imagery of the upper section seems to melt, dripping to the lower half where pattern solidifies into an irregular floor-scape. The sculptures are presented on solid stone plinths but have a quality of cultivated uncertainty. In their oscillation between representation and abstraction the paintings also conjure a sense of unease or shifting perspectives.

In the text work, A Sun So Hot, a central theme of the show is elucidated. Nolan writes, “It is wise to beware beauty. It is treacherous. It aids in reconciling us to living in an irrational, thrilling, difficult and dull world and quite often beauty makes bearable and thinkable that which is quite rightly very difficult to bear or think.”

An answer about the sky is an exhibition precipitated by the seductive narratives of brilliant failures and the way in which art contrives to make the world more beautiful. Nolan again, “I asked a question about disintegration and the answer I got was art.”

Nolan’s exhibition at Sean Kelly coincides with the artist’s solo exhibition, The weakened eye of day, on view at The Irish Museum of Modern Art, Dublin, through September 21, 2014. The museum exhibition will then travel to the Contemporary Art Gallery, Vancouver and Mercer Union, Toronto. Recent solo exhibitions by Nolan include: Musée d’art moderne de Saint Etienne, France (2012); and the Return Gallery, Goethe Institute, Dublin (2012). Other solo shows include: Project Arts Centre (2005), Dublin: the Studio, Glasgow International (2006); and Artspace, New Zealand (2008). She represented Ireland at the 2005 Venice Biennale in a group exhibition, Ireland at Venice 2005. Her work has been presented in group exhibitions at institutions internationally, including the Irish Museum of Modern Art, Dublin and Palais de Tokyo, Paris, as well as international biennials including The Yugoslav Biennial for Young Artists, Vrasc, Serbia-Montenegro, and Mediation Biennale, Poznan, Poland.