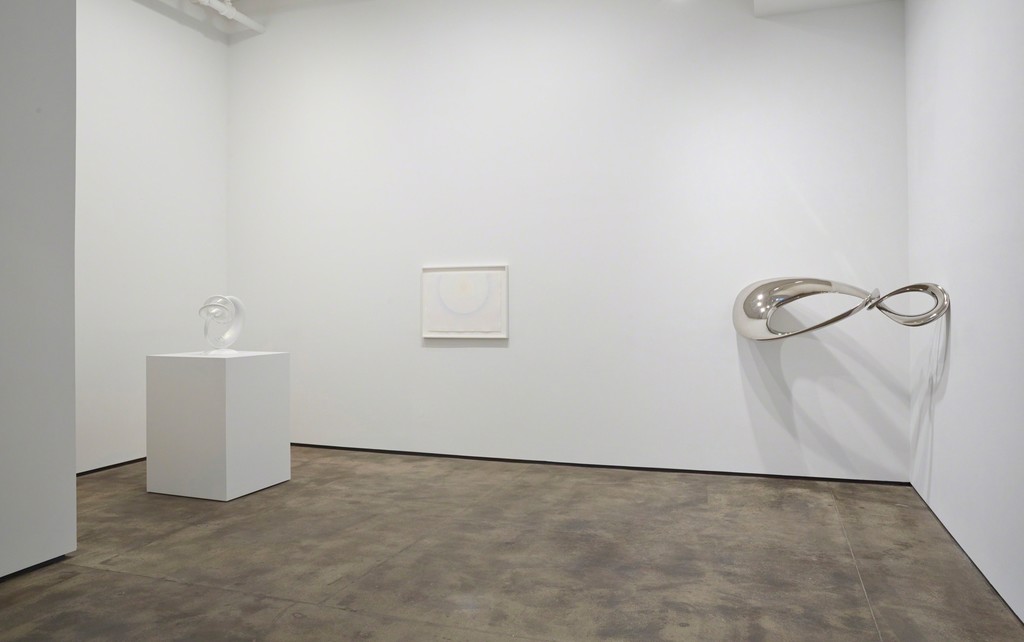 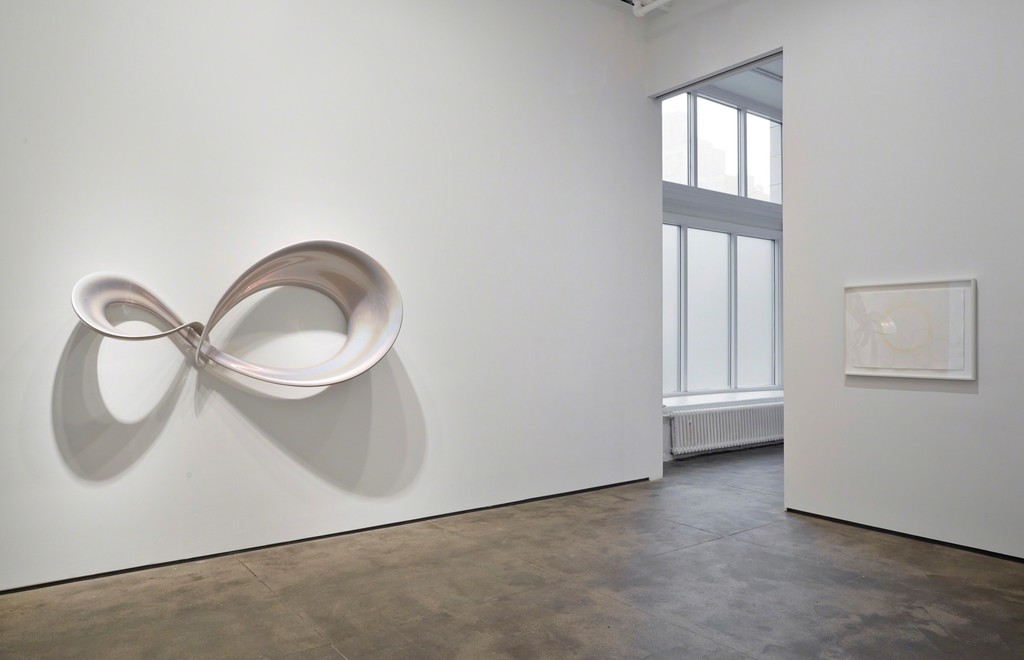 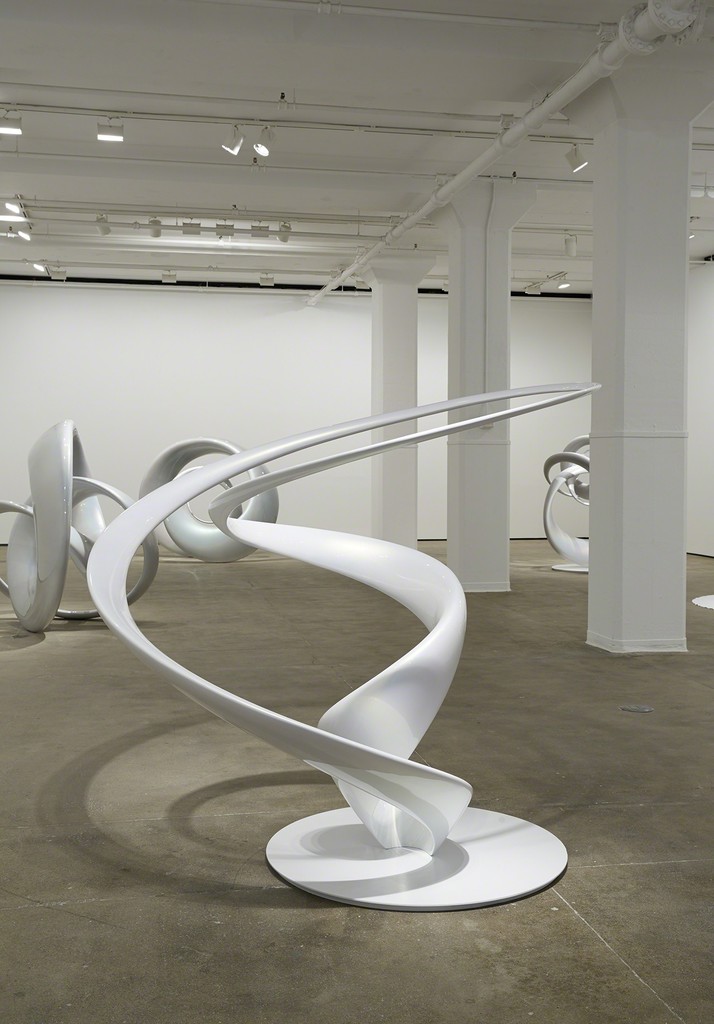 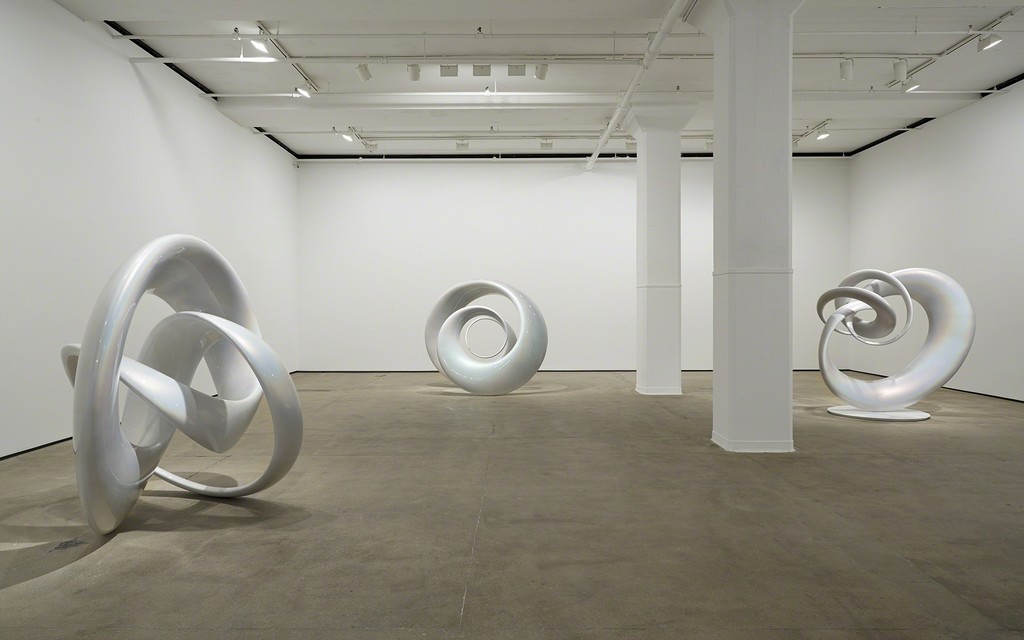 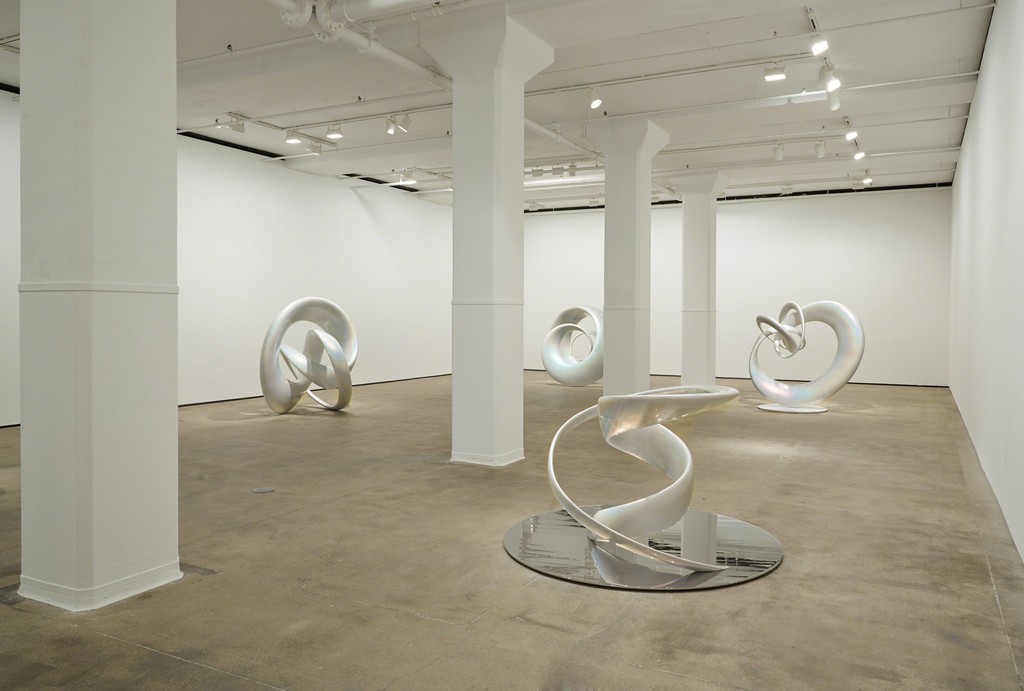 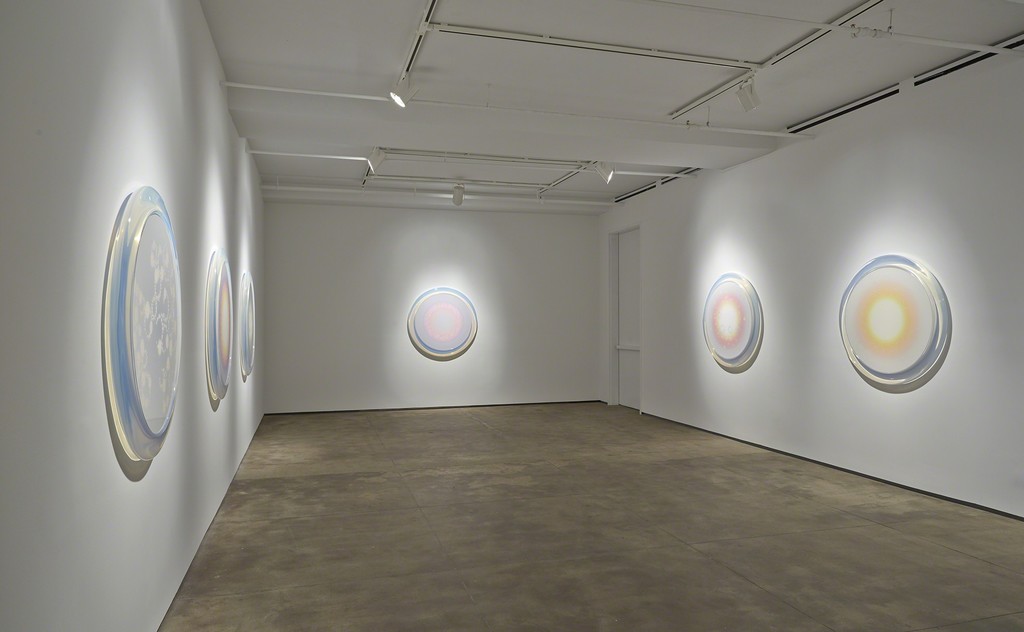 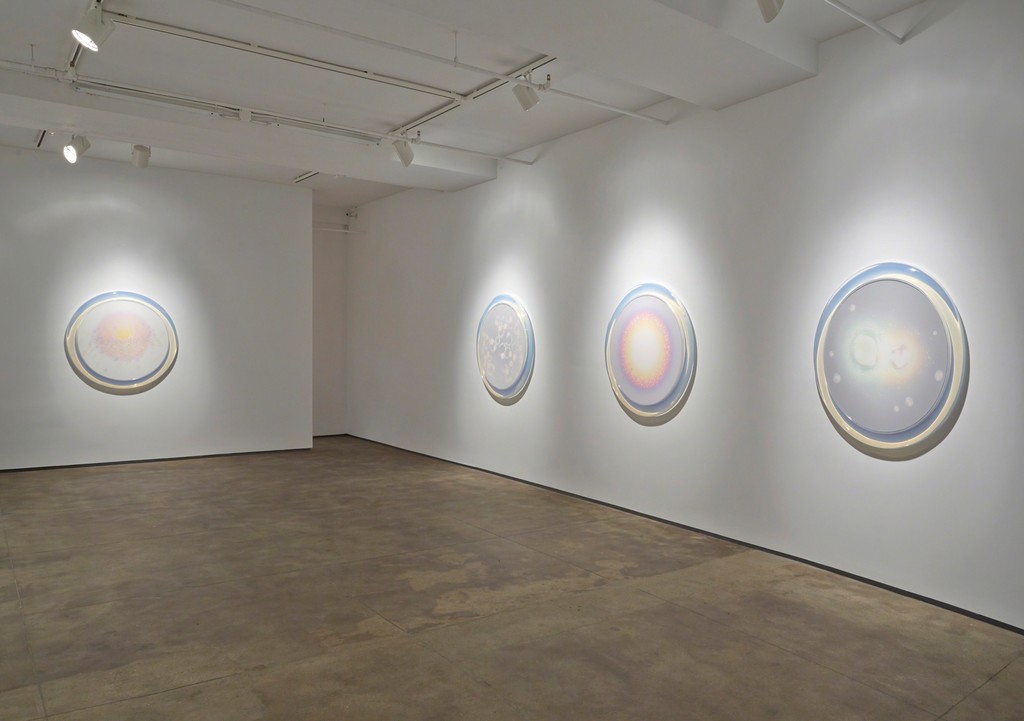 Cyclicscape will present ten new sculptures exploring Mori’s interest in Möbius forms and the endless universe of new physics theory. Variously called “ekpyrotic” or “cyclic” cosmology, this theory posits that the universe did not begin from one singular “Big Bang” but that our cosmos is filled with continuously repeating cycles of evolution, including possible parallel universes and an ever-expanding formation of new galaxies and planets.

In Cyclicscape, Mori’s sculptural works play with the infinite loop of the Möbius strip as a visualization of our universe’s never-ending renewal of invisible energy. Futuristic and ethereal, the large-scale aluminum and stainless steel works seem to transcend their physical matter. With no beginning, middle, or end, the forms symbolize an eternal cycle of existence — of nature and the universe in perpetual motion.

Inspired by nature’s invisible energy, the eight computer-generated photo-paintings in the exhibition are based on drawings Mori made in front of the ocean on Okinawa Island. Focused on a microscopic cosmos we can only imagine, Mori’s swirling particles and rotating atoms seem to radiate a phenomenal light and electricity. From the primal particle to the multiverse, Cyclicscape deepens Mori’s ongoing investigation into the interconnectedness of all things and a belief in a fundamental symbiosis between art and technology.

Mariko Mori is widely regarded as one of the most important artists to emerge from Japan in the past fifty years. Solo exhibitions of Mori's work have been organized by institutions worldwide including: Espace Louis Vuitton in Tokyo, Japan; the Japan Society in New York, United States; the Royal Academy of Arts, London, United Kingdom; the Aros Aarhus Kunstmuseum, Aarhus, Denmark; the Groninger Museum, Groningen, Netherlands; Kunsthaus Bregenz, Bregenz, Austria; the Museum of Contemporary Art, Tokyo, Japan; the Centre Georges Pompidou, Paris, France; the Prada Foundation, Milan, Italy; the Brooklyn Museum of Art, New York; the Museum of Contemporary Art, Chicago; the Serpentine Gallery, London; and the Los Angeles County Museum of Art, California. Her work has also been included in major biennales around the globe such as Venice, Istanbul, Sydney, Shanghai, São Paolo and Singapore. In 2013, as part of a partnership between La Fenice Theatre in Venice and the Venice Biennale, Mori was commissioned to design the costumes and sets for a production of Madame Butterfly. On February 8, 2015, the exhibition Rebirth: Recent Work by Mariko Mori will open at The Art Gallery of Western Australia, Perth.