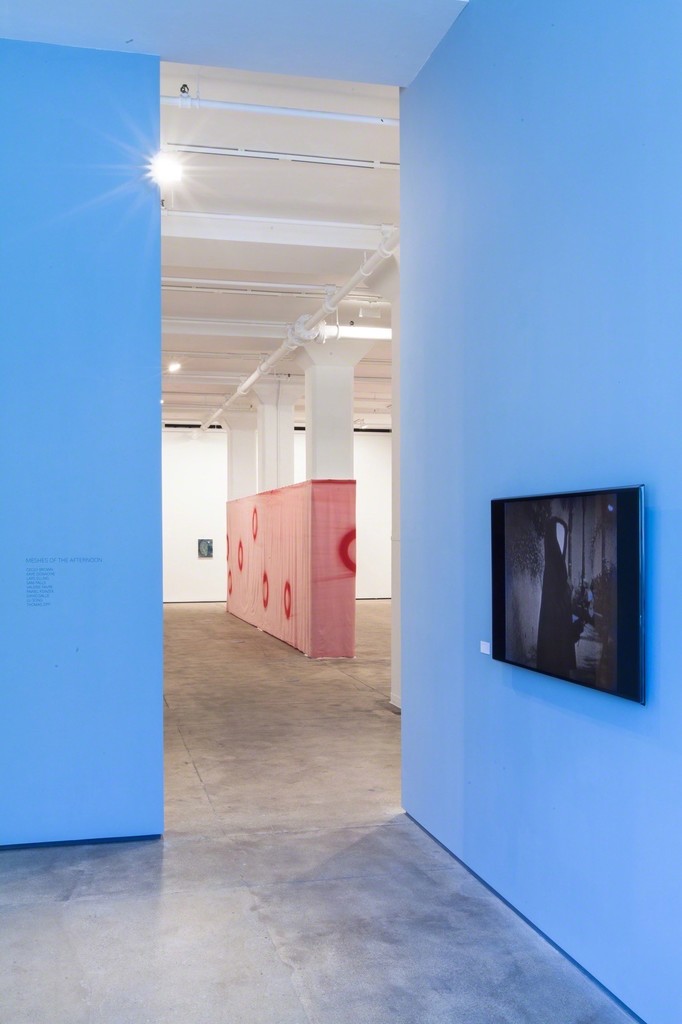 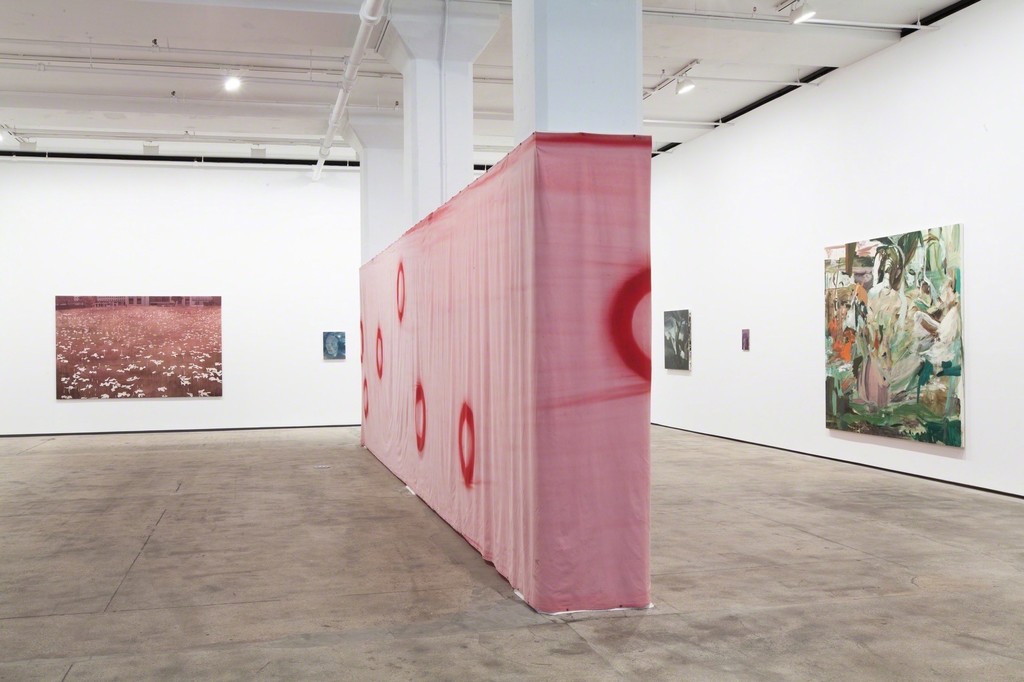 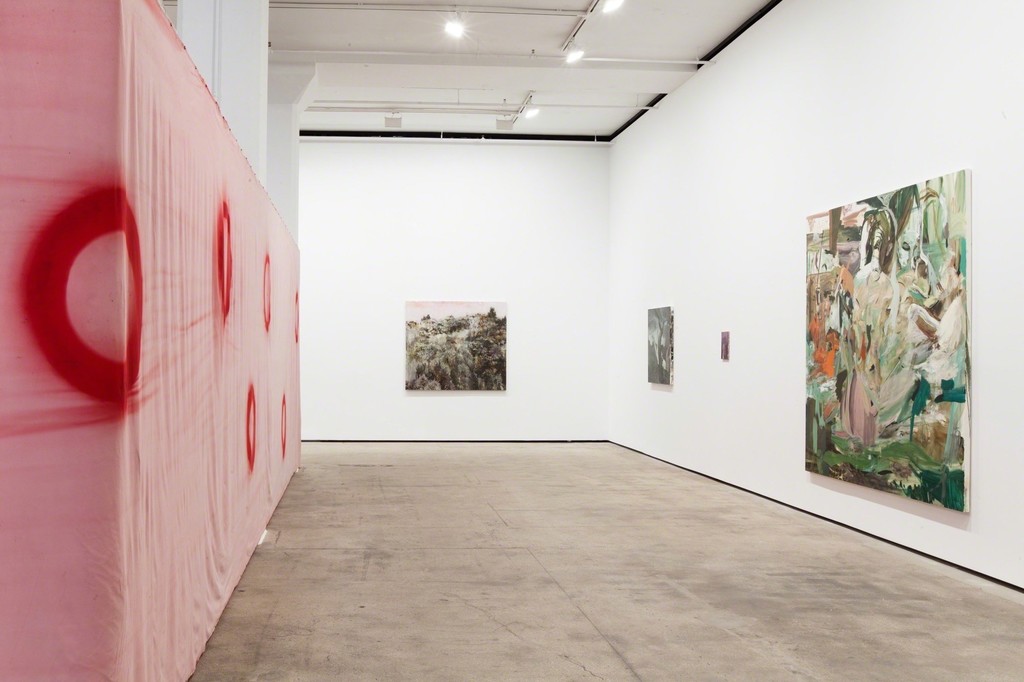 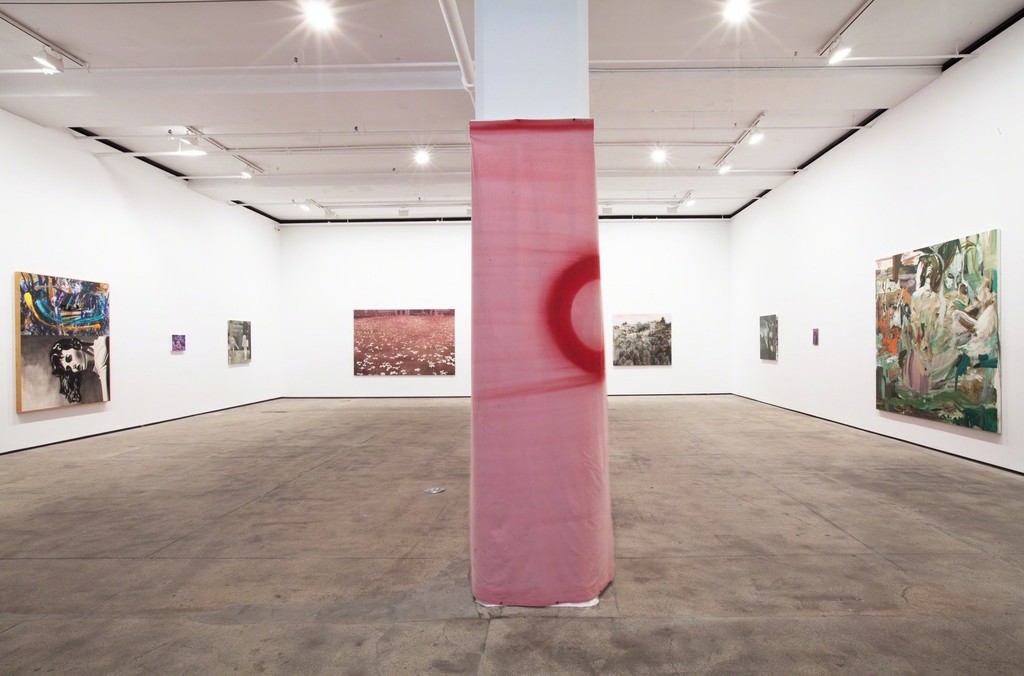 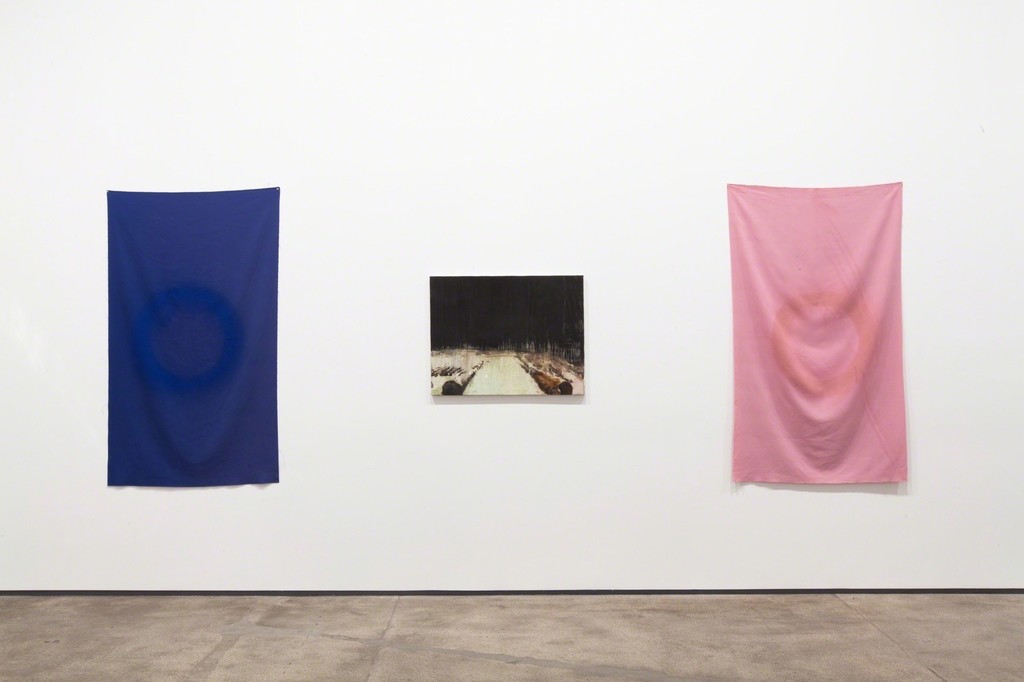 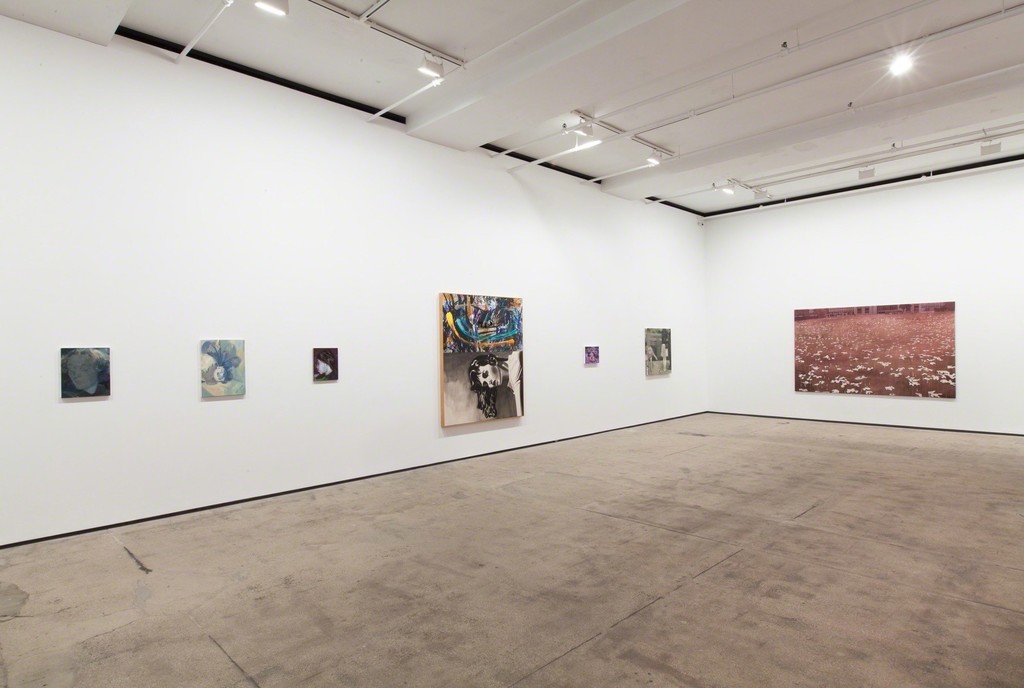 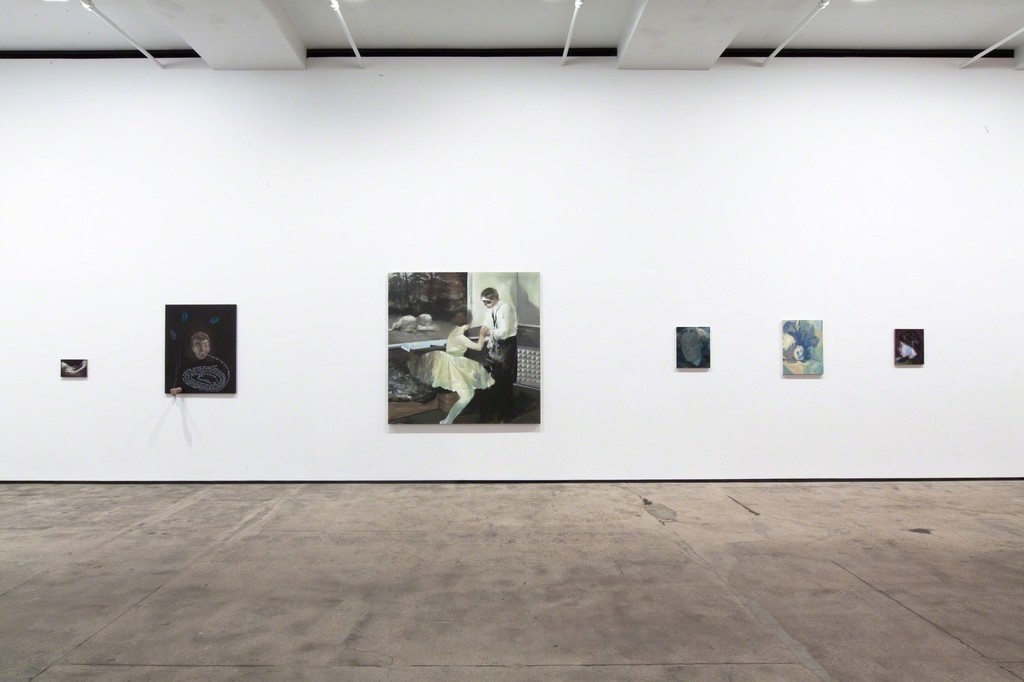 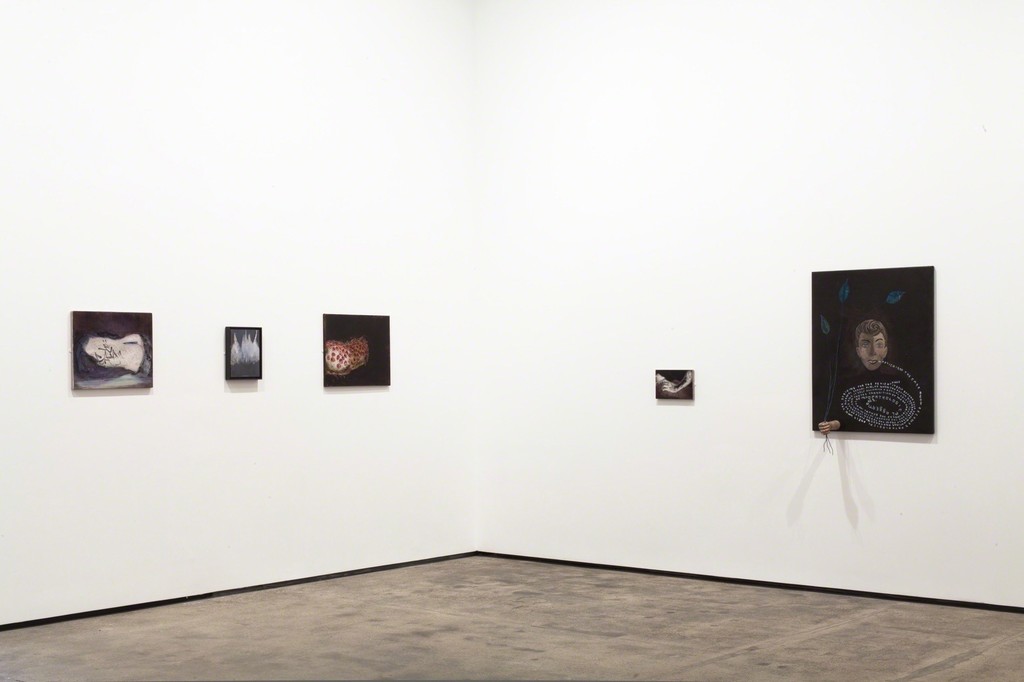 Meshes of the Afternoon, a group exhibition of paintings, draws its thematic inspiration from the iconic 1943 Maya Deren and Alexander Hammid film of the same name. The film Meshes of the Afternoon is one of the most important works of early American avant-garde cinema—a non-narrative, short black and white work that is an influential Surrealist-inspired exploration of the subconscious and symbolic imagery. The exhibition will be held in gallery one and includes the film itself along with almost thirty paintings from a diverse group of nine artists.

The film, which delves into the unconscious mind of the main character, conflates the subconscious with reality, creating an ominous tone fraught with feelings of unrest and violence imbedded in domestic complacency. This unquiet and unsettling mood, which, in Deren’s words, aims to articulate "the feeling which a human being experiences about an incident, rather than to record the incident accurately”, is reflected in the paintings included in this exhibition. In these works, architecture, object and subject are depicted in shifting relation to one another, blurring the boundaries between reality and fiction. Meshes of the Afternoon explores both the figurative impulse in contemporary painting and the representation of deconstructed narratives, non-linear time and the mediated image. The exhibition brings together works from a geographically widespread array of artists to explore these themes.

Included in Meshes of the Afternoon are large-scale paintings from New York-based artists Cecily Brown and David Salle that oscillate between abstraction and figuration, alongside the works of Lars Elling (Norway), Lu Song (China) and Thomas Zipp (Germany), which suggest dream-like sequences with a quasi-narrative feel. The large-scale works are juxtaposed with the carefully considered intimacy of smaller paintings from Kaye Donachie (United Kingdom), Valerie Favre (Switzerland) and Pawel Ksiazek (Poland). Physically engaging the space with a painting that transforms into sculpture, Sam Falls (United States) contributes a monumental work to the exhibition that employs the elements and the passage of time in its creation. As a whole, the works included in Meshes of the Afternoon draw on the techniques of avant-garde cinema, such as those employed in the Deren/Hammid film, to evoke psychologically-charged settings accompanied by ambiguous and often unsettling connotations.

Concurrently, in galleries two and three, Sean Kelly will present Nathan Mabry: Shapeshifter, the artist’s first exhibition at the gallery.