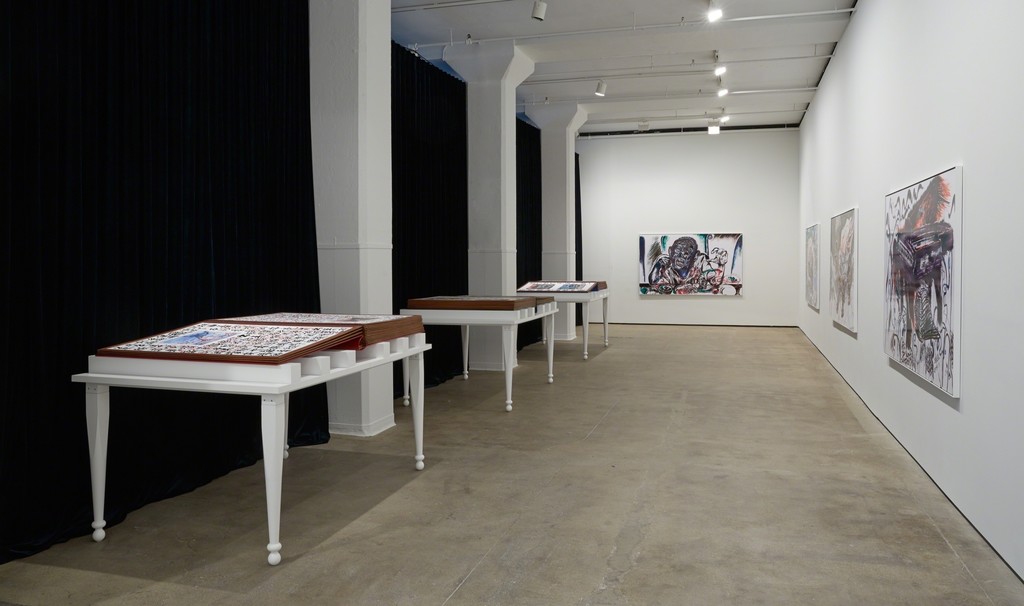 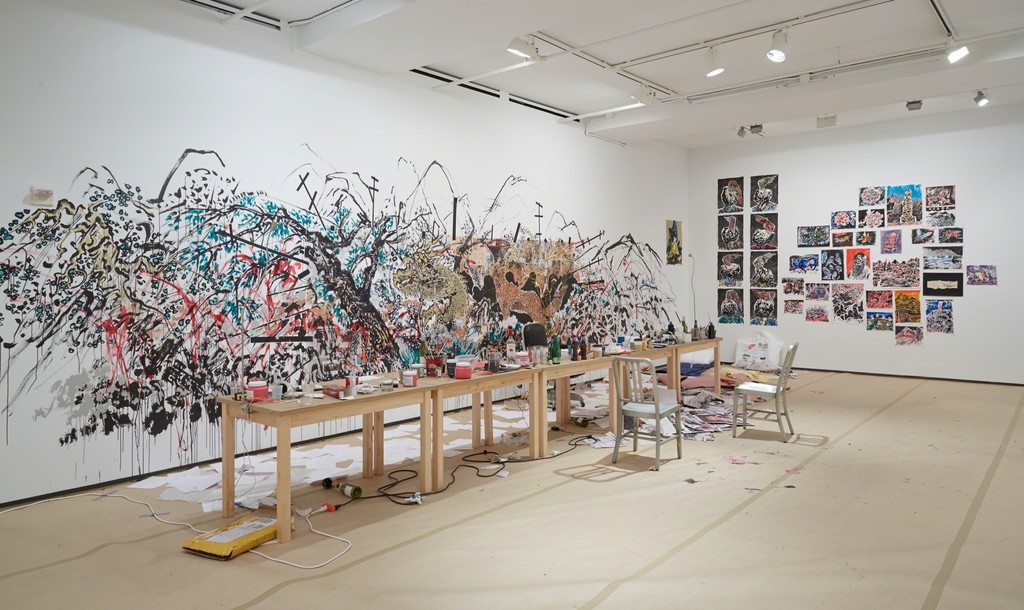 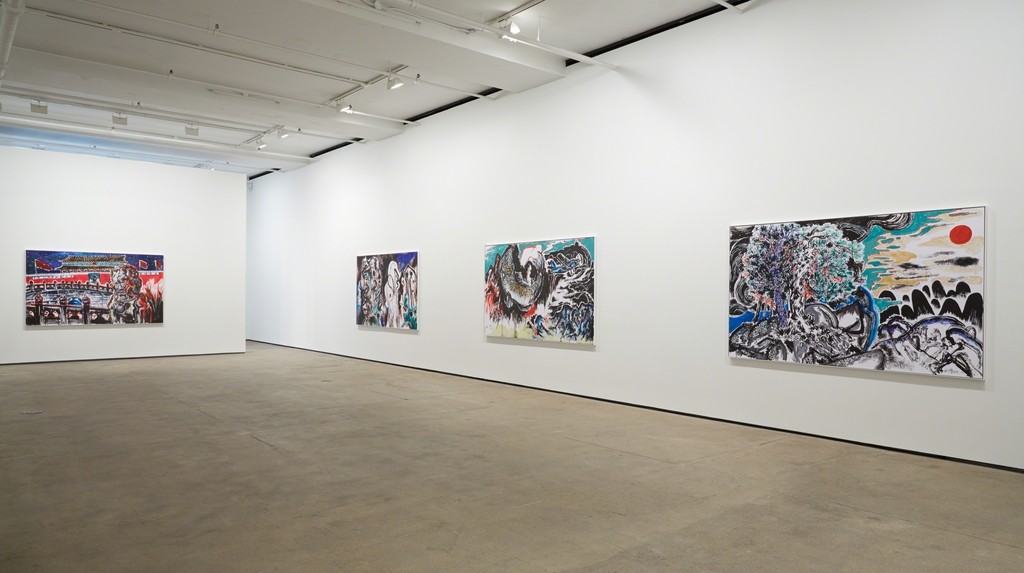 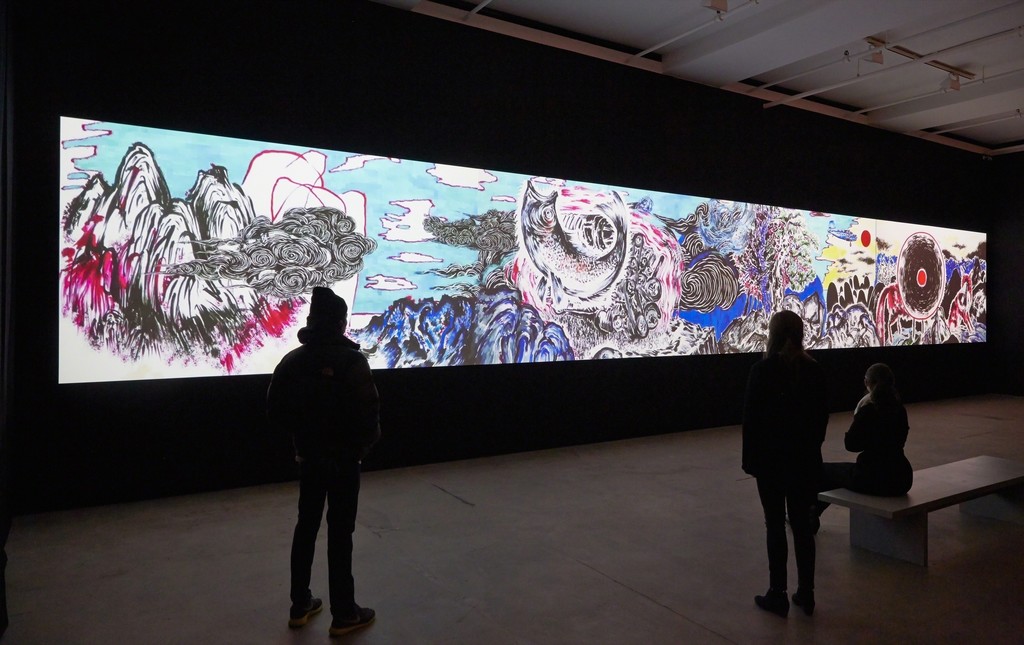 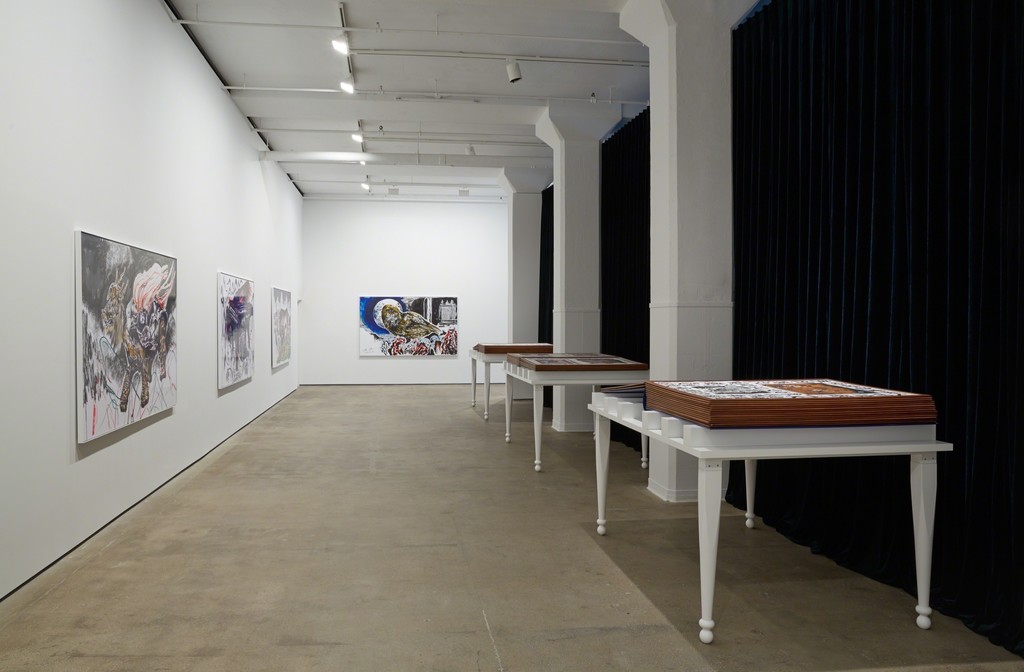 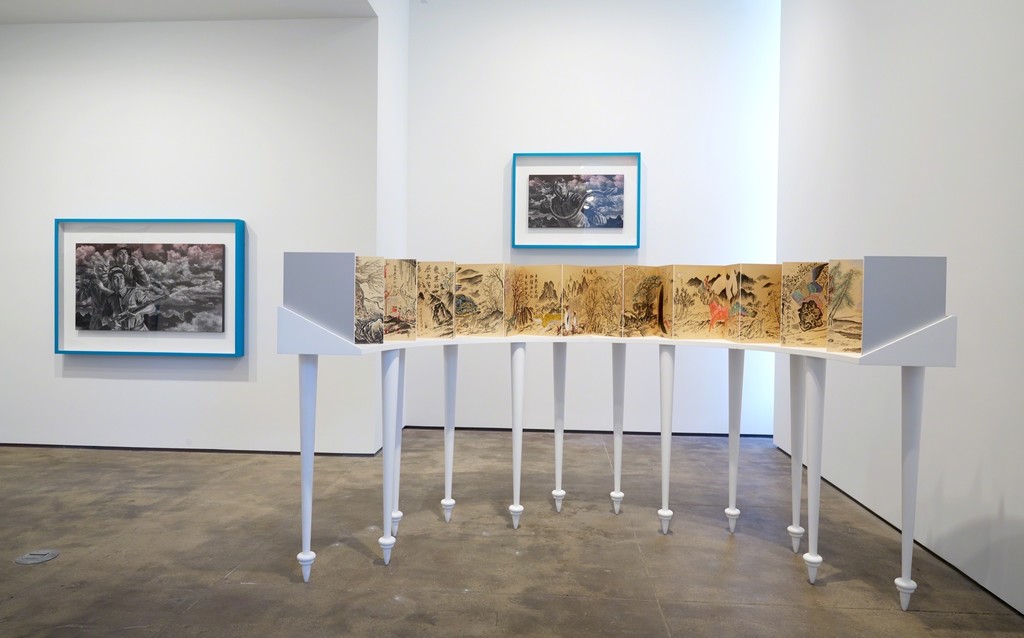 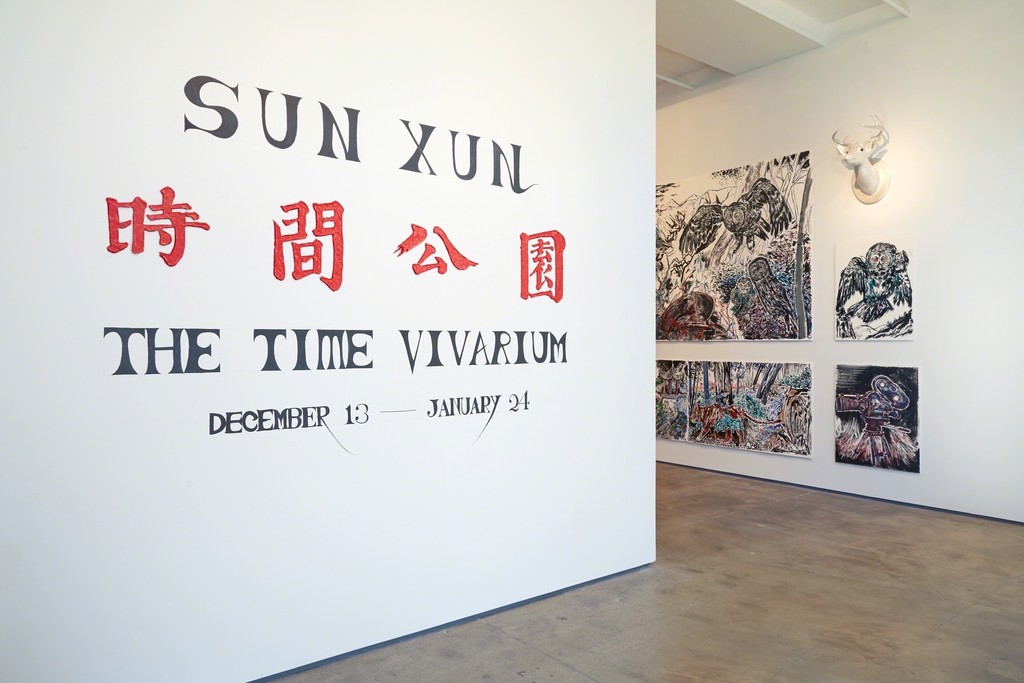 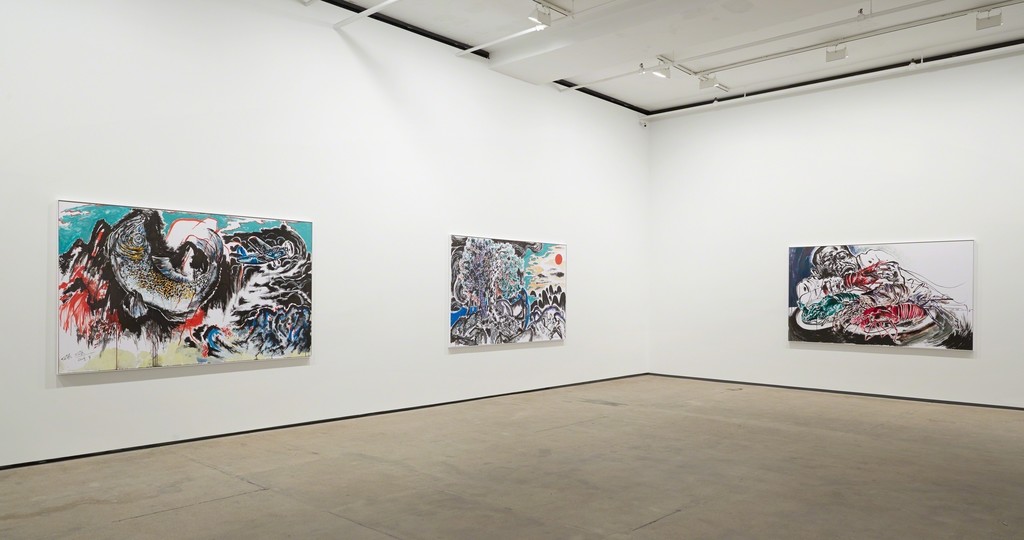 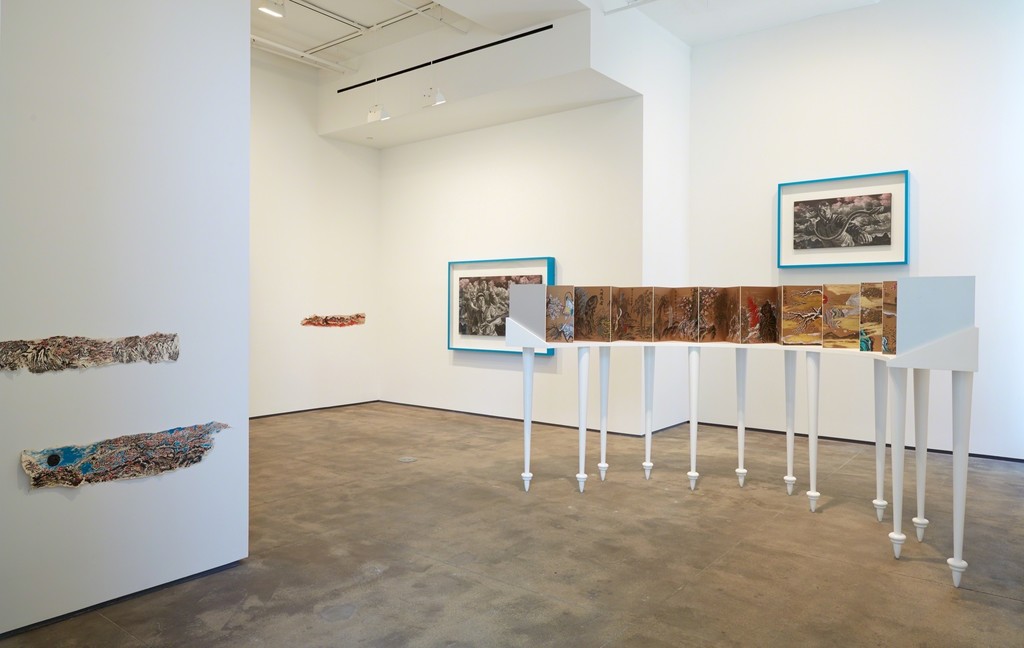 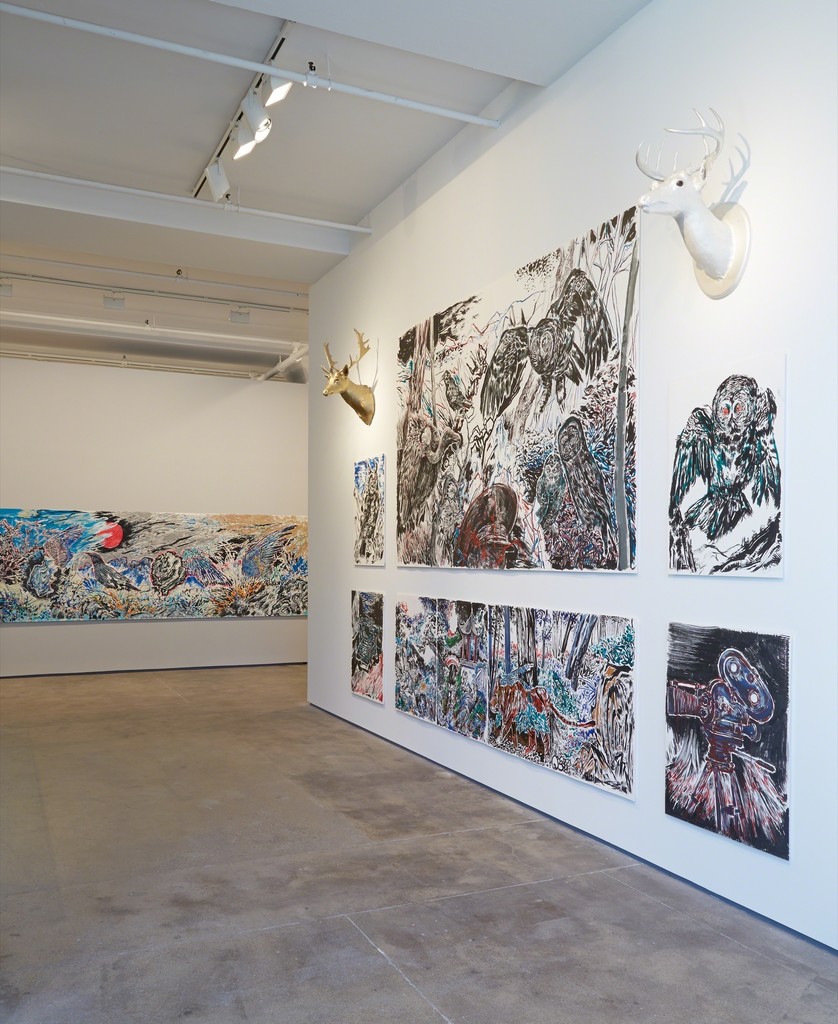 In the first phase of the exhibition, Sun Xun will display a new series of richly colored, dynamic large-scale paintings, murals and a painted Chinese folding album. Throughout the month of December, the artist and his assistants will be in residence at the gallery creating new work — murals, drawings and paintings — that will transform and extend the initial exhibition. During this time, visitors will have a rare behind-the-scenes opportunity to experience the daily activities of the artist and his transplanted animation studio developing a new film work in progress. Questions and dialogue with the artist will be encouraged.

Drawing on his father’s recollections of living through China’s Cultural Revolution, his own experiences as a modern Chinese citizen and his interactions with people during the show, Sun Xun hopes visitors to the exhibition will discover a different point of view regarding China’s complex history. The concept grew out of Sun Xun’s preoccupation with global history, culture and politics. He is especially interested in the way historical events are perceived and remembered by ordinary citizens versus how they are officially presented by public agencies and the media. Sun Xun’s work addresses these ideas in a symbolic and surrealist way, often choosing to use animals and insects as the main characters of the story instead of people.

The title, The Time Vivarium, was inspired by a recent visit to the American Museum of Natural History’s exhibition halls. Sun Xun was struck by the idea that official Chinese accounts of the past have many parallels to the dioramas in the Natural History Museum. The exhibits, like state history, are designed with a socio-political agenda, heavily influencing notions of cultural identity. Unlike the dioramas in the museum, The Time Vivarium will by definition be “a place of life”.

The work Sun Xun will make whilst in the gallery, combined with thousands of images produced in the six months prior, will be filmed sequentially — culminating in an expressionistic, stop-motion animated film, pulsating with creative energy. On completion of the film in early January, the second phase of the exhibition will begin with a complete reinstallation of the galleries transforming it into a theater space. The film will simultaneously be shown through four synchronized projectors onto the main gallery walls and will fill the space with an extraordinary sensorium of color, light, music and sound. The newly created artworks and the film will be on view through January 24.

Sun Xun studied printmaking at the China Academy of Fine Arts, and founded Pi animation studio in 2006. In 2010 he was awarded the Best Young Artists award by the CCAA, the Young Art Award by Taiwan Contemporary Art Link and the Arts Fellowship by Citivella Ranieri Foundation (Italy).

Sun Xun has held multiple solo exhibitions around the world, most notably at the Hammer Museum, Los Angeles; The Hayward Gallery, London; The Drawing Center, New York; the Kunsthaus Baselland, Basel; the A4 Contemporary Arts Centre, Chengdu; the Minsheng Art Museum, Shanghai; and the Louis Vuitton Taipei Maison, Taipei. He has most recently exhibited his work at the Metropolitan Museum of Art, New York; the Shanghai Biennale, Shanghai; and The Vancouver Art Gallery, Vancouver. His films have been screened at numerous festivals worldwide, including, the 25th Torino Film Festival, Torino; the 8th Seoul International Film Festival, Seoul; the 53rd International Short Film Festival, Oberhausen; and the MECAL International Short Film Festival, Barcelona.