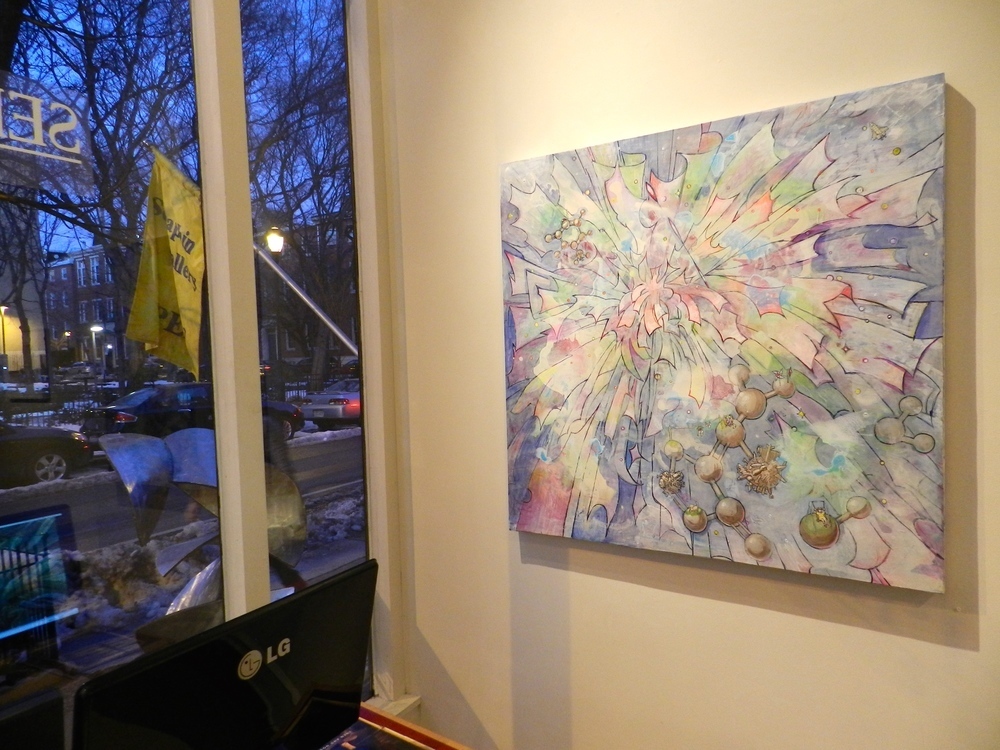 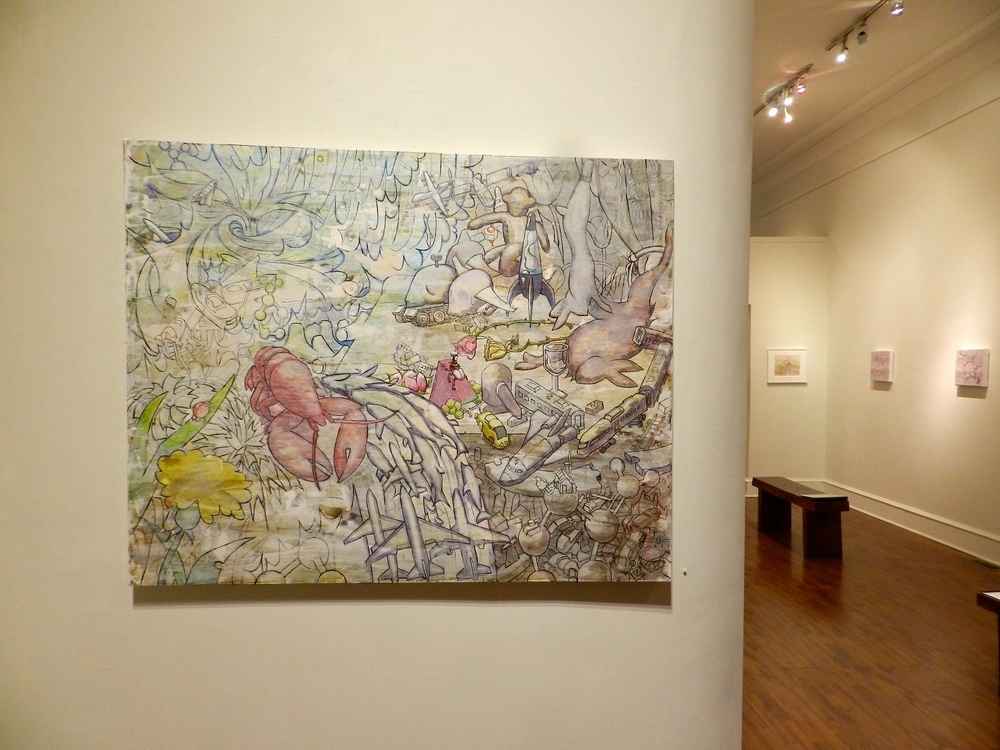 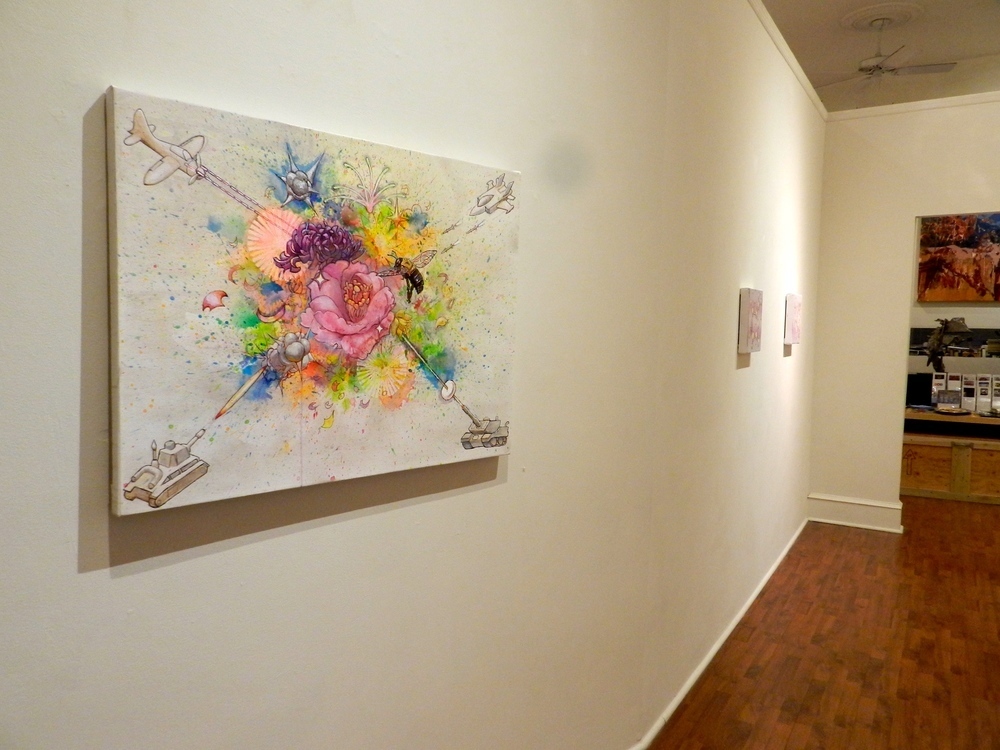 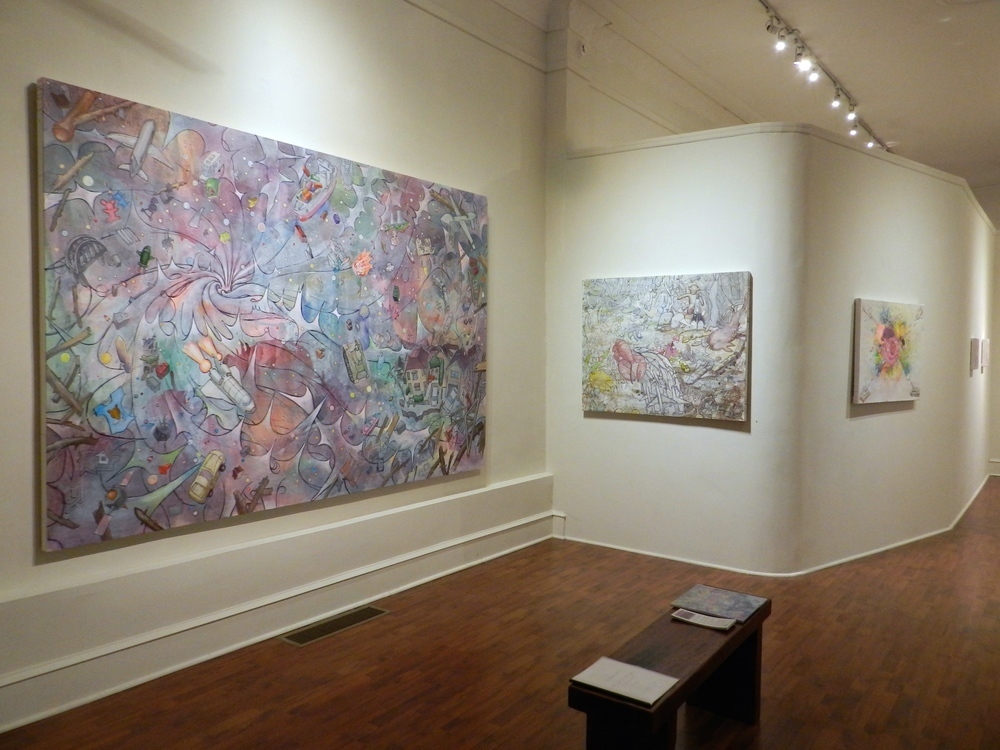 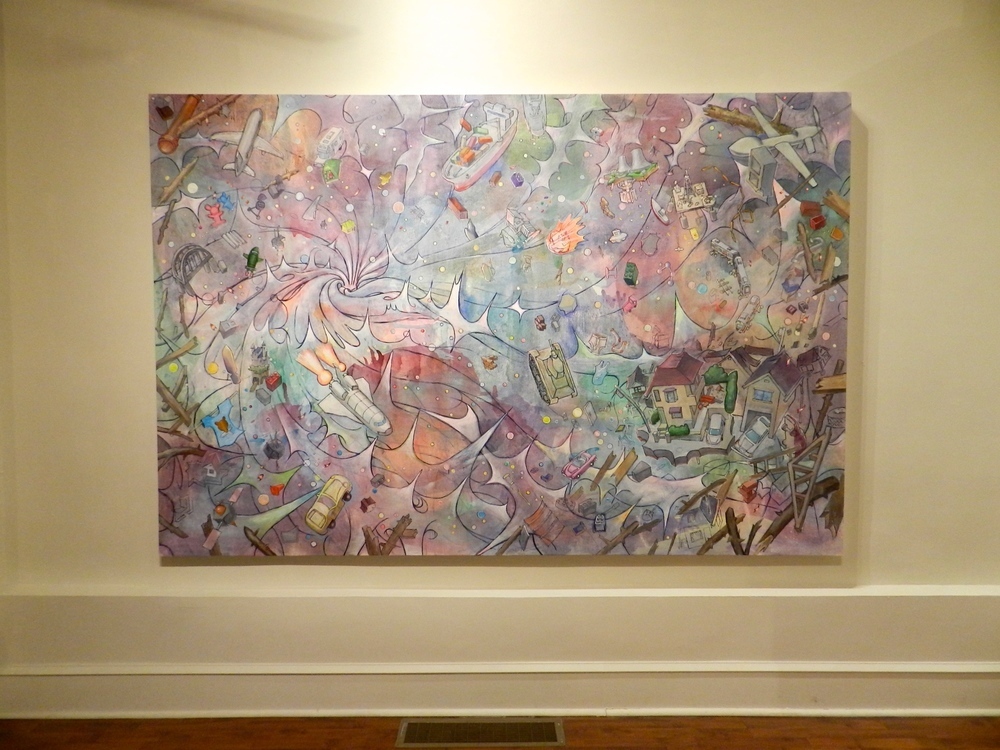 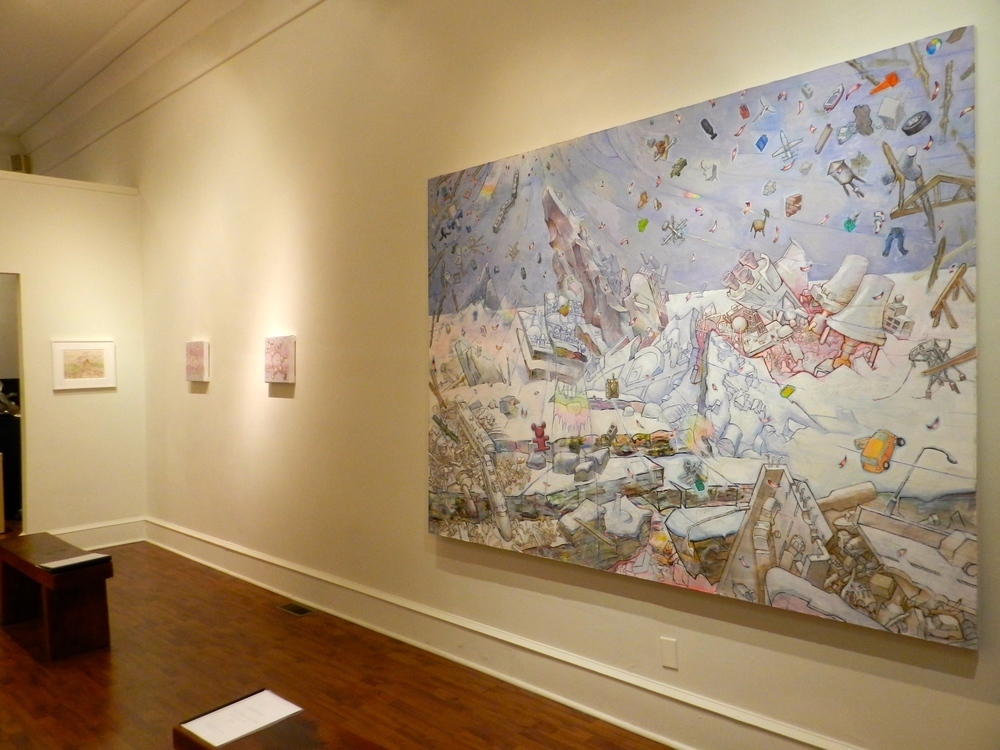 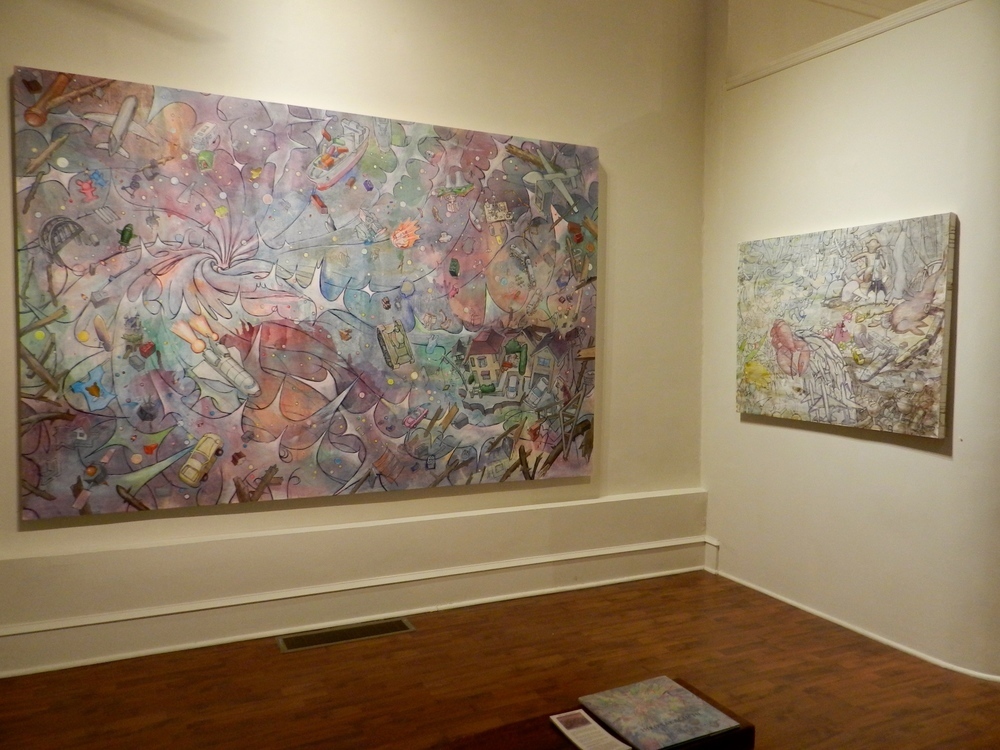 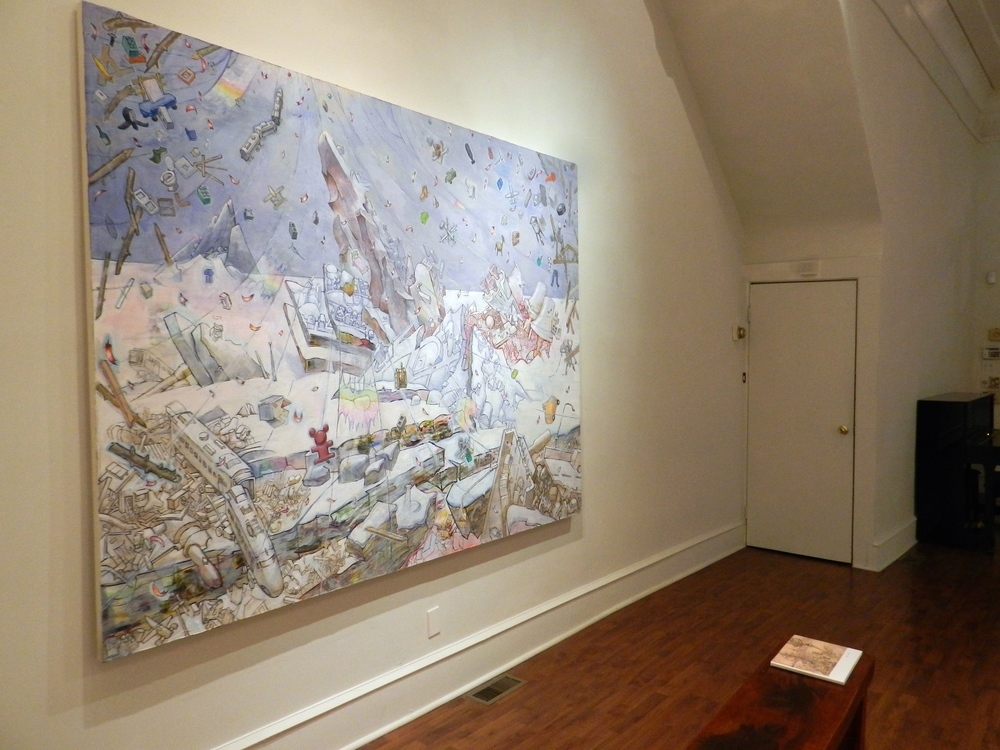 Seraphin Gallery presents Adenine, Guanine, Cytosine, Thymine, a collection of recent works by Hiro Sakaguchi. The exhibition will run from January 29 - March 6, 2016, with a public opening reception on Friday, January 29, from 6 to 8 pm.
Sakaguchi's work breathes life to an imaginary world set at the atomic level. Focusing on the four nucleic acids that together form DNA, the artist evokes themes of togetherness, interconnectedness, and political statements on modern culture-- using scenes of domestic life, coupled with warfare and destruction. "In coming to terms with my subject, I question, avert my attention, try to escape, and ultimately cope with these realities through the creation of the work. I respond with my memory, imagination, understanding, or misunderstanding of topics as an artist of this time."
Sakaguchi also thinks of the small planet or asteroid of Le Petit Prince, by Antoine de Saint-Exupéry, in attempting to illustrate the contradicting complexity and naivety of a world where human emotion is at the epicenter. In creating this cosmos, Sakaguchi induces a big bang-- a clear starting point where matter and imagery is generated exponentially. "The molecular images float in front of a color explosion, which could be thought of as my painterly interpretation of the beginning of the universe." Each of Hiro Sakaguchi's pieces form a narrative through the exploration of separate entities that are linked to interpret the 21st Century zeitgeist.