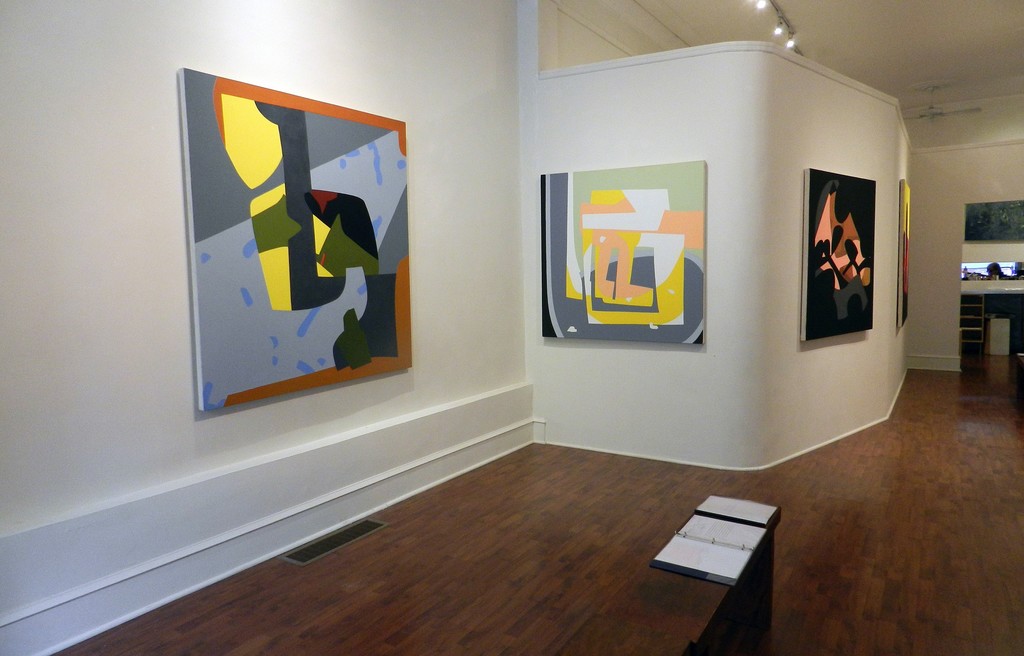 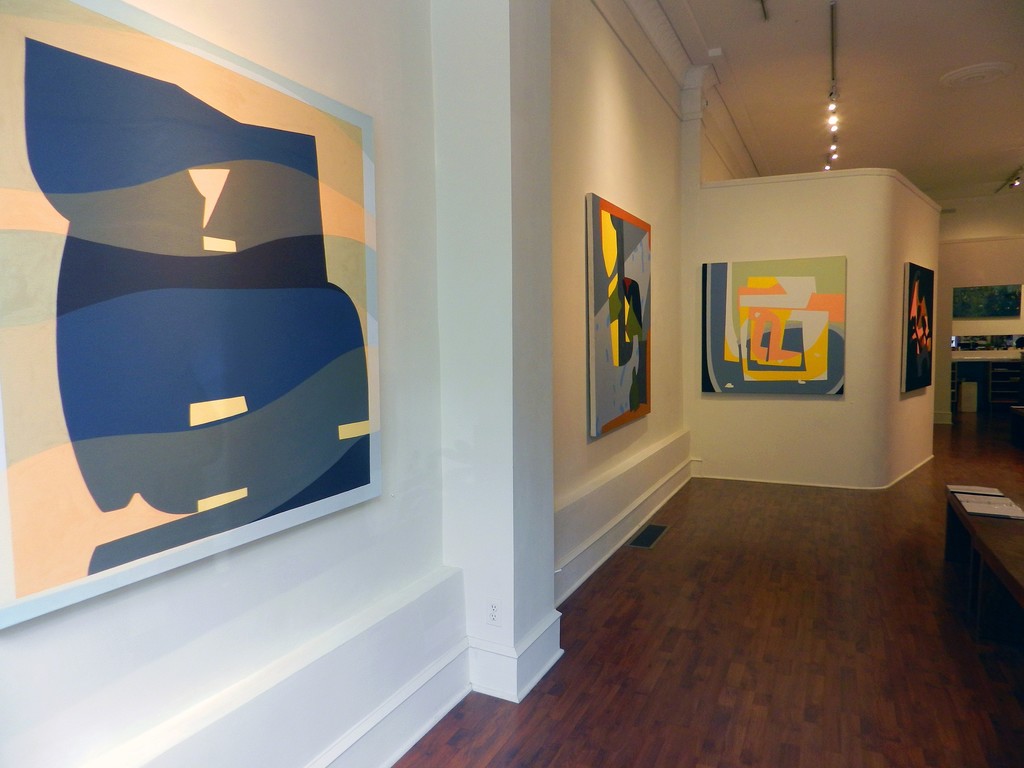 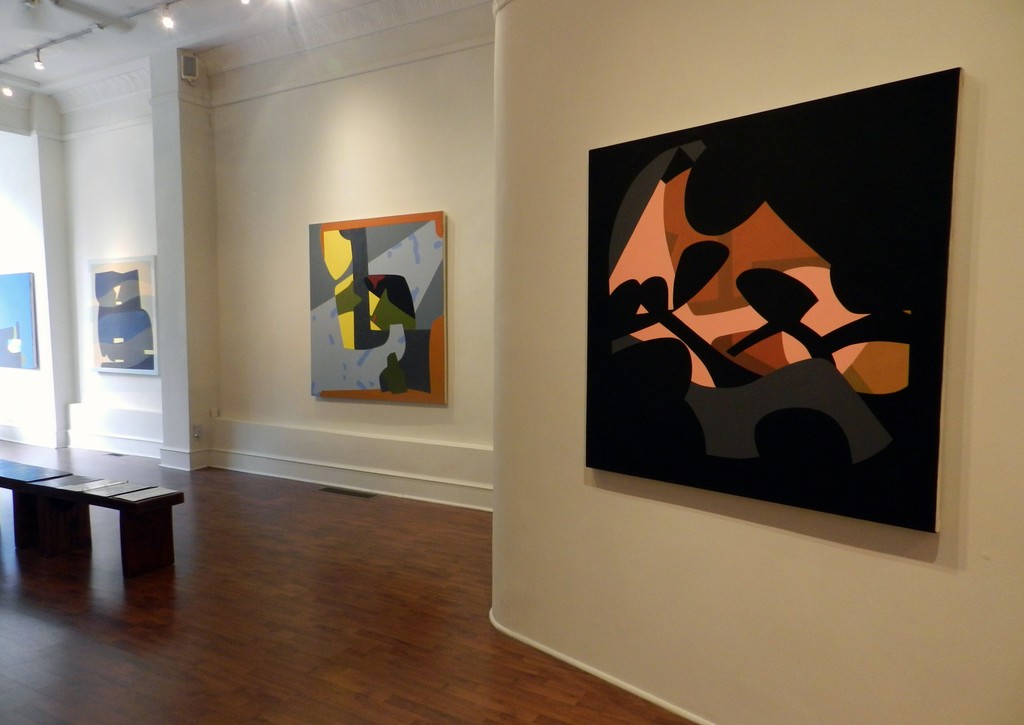 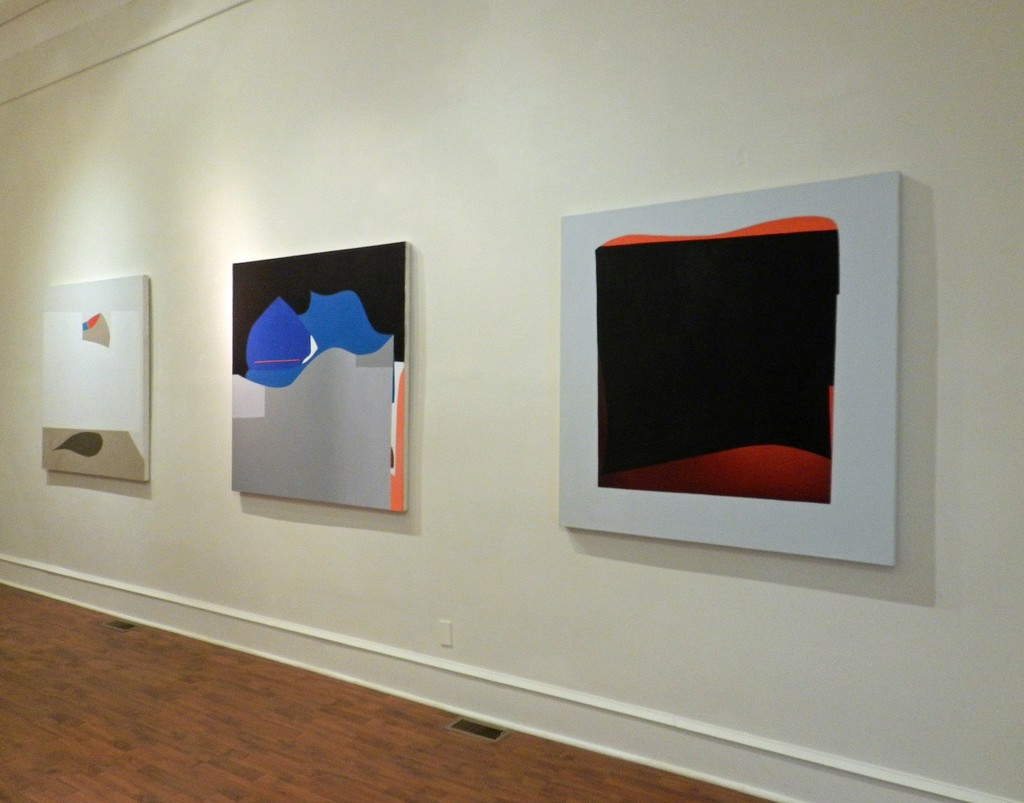 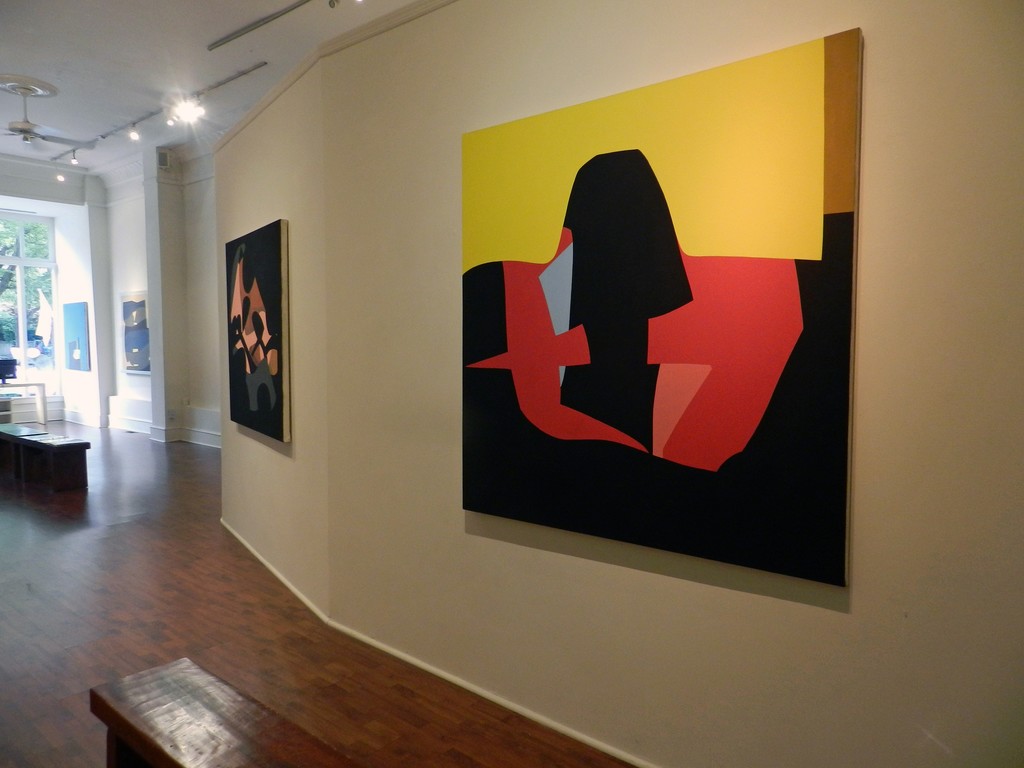 Seraphin Gallery is proud to present a solo exhibition by James Inscho, titled Everyday, Everynight, from September 2-18, 2016, with an opening reception held on Friday, September 2, from 6PM – 8PM. James Inscho’s abstract compositions create portals where perspective is examined through visual rhythms, bold palettes, and suggestive fragments that infer a whole.

The composition of Inscho’s piece, Barnacle, is carefully constructed and manifests an attentive balance between shape and color. The large grey mass in the foreground is equated by the black void of the background. Small touches of crimson and white within the blue swells create a unity with the accents in the bottom right corner-- bringing the eye around the canvas. The tight and condensed overlap of forms in this section creates a fissure that is offset by the shallow blue, grey, and black expanses. Inscho thoughtfully plays with subtle differences in hue and tone, demonstrated by the slight gradation in the steely foundation. While the shapes in his work appear defined and exact, they are all produced by his touch. Brushstrokes and wavering lines evidence his hand; these nuances confirm a gestural quality, not a mechanical process. Palpable tension is felt between the shapes and negative space, where both flatness and depth conflict, generating gravity. Unlike other works that are within the vein of flat shapes and patterns, Inscho stands apart through both subtle and bold decisions that surprise in moments of variegated juxtaposition. He masters a congruity between gestural shapes and geometric lines that invites the viewer to consider a physical space where these configurations are realized.

“Using a rudimentary vocabulary, the images I work with allude to familiar objects, scenarios, and spaces. By presenting a shifting set of variables (shifting space through figure-ground relationships or shifting contexts through references to perspective, windows, screens, or stage sets) the viewer is invited to reflect upon their relationship with an image as mediated form. My decision-making is prompted by the pursuit of images that suggest a lot, but say a little that give at the same time as they take, that vacillate between the nonsensical and the transcendental, the profound and the trivial.”

After completing his undergraduate degree and exhibiting in Memphis, James Inscho continued his study in Philadelphia, graduating with an MFA from Tyler School of Art in 2013, and then attending the illustrious Skowhegan School of Painting and Sculpture in Maine. He has been the recipient of numerous scholarships and grants, and currently lives and works in the Philadelphia area.