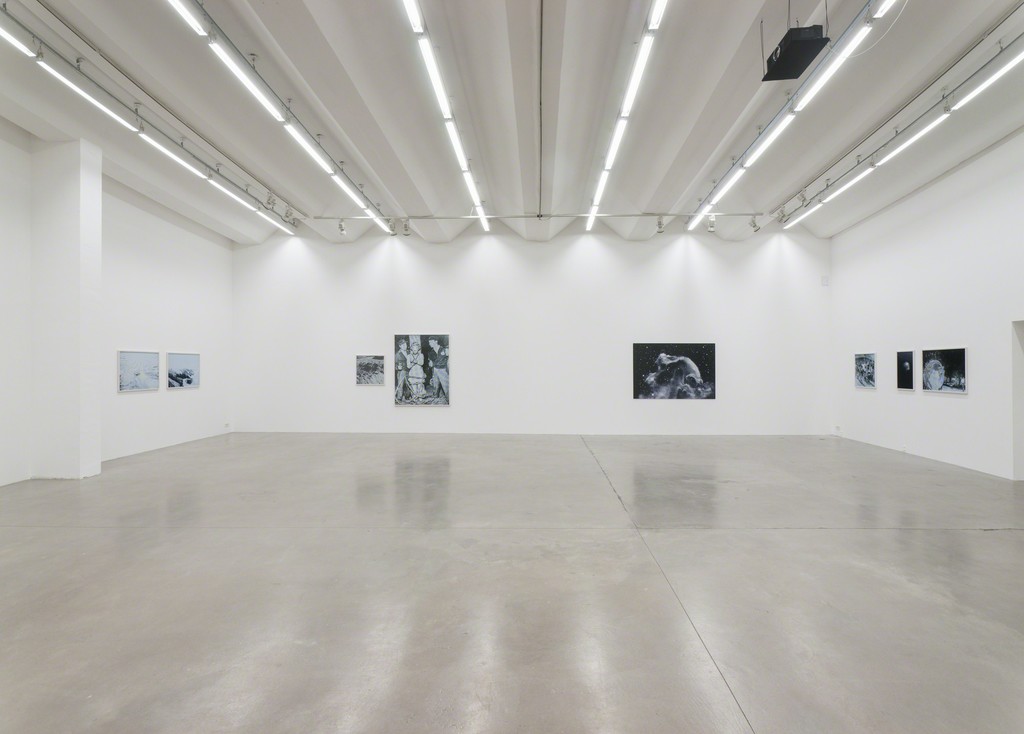 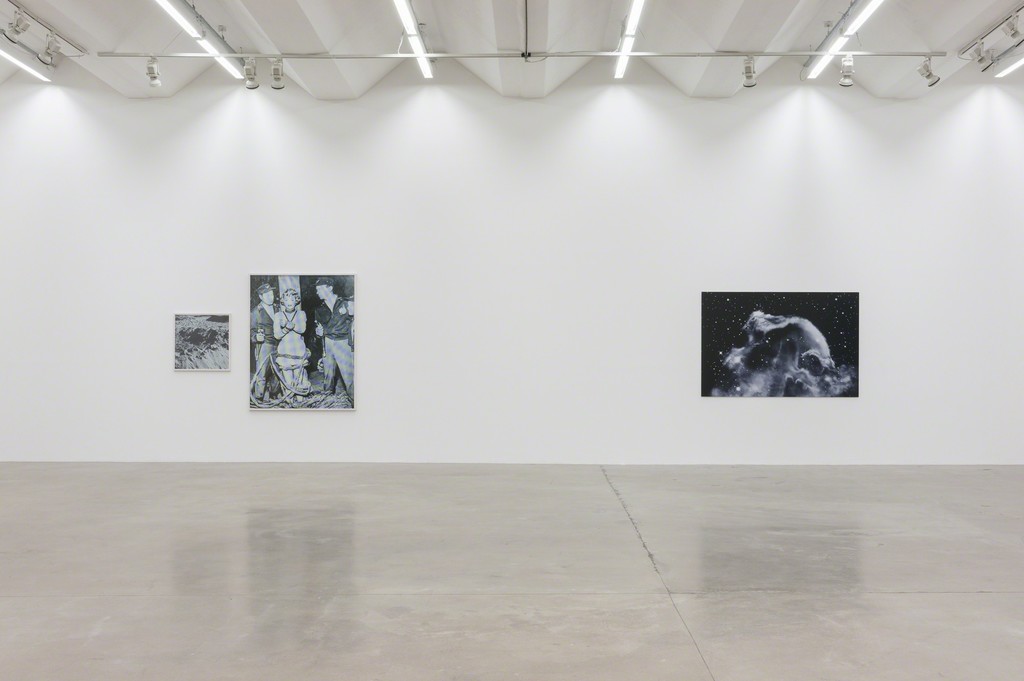 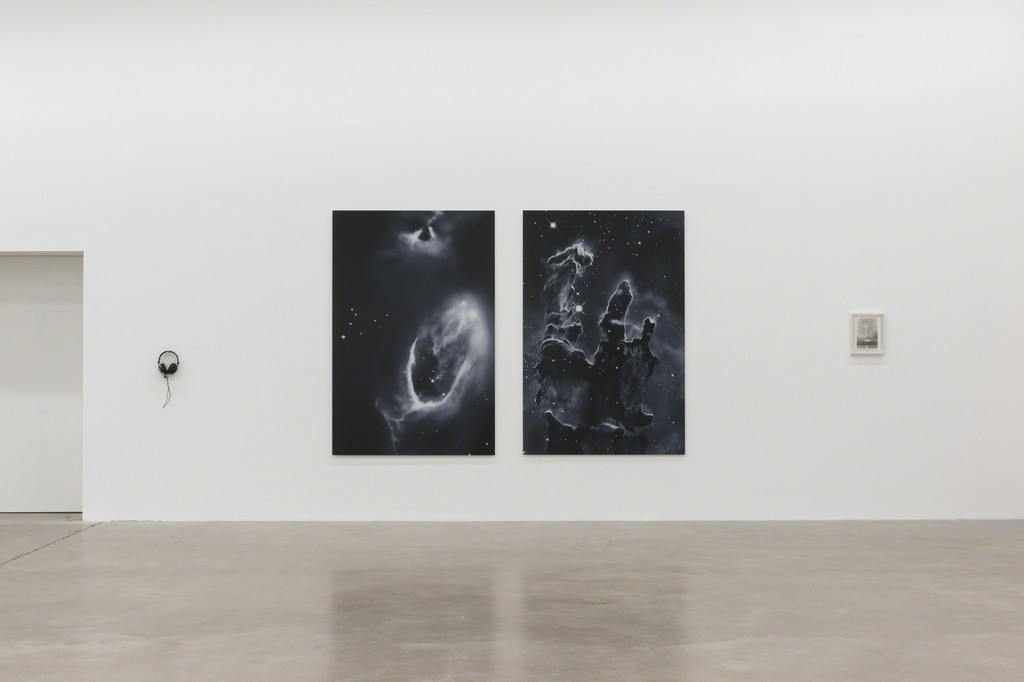 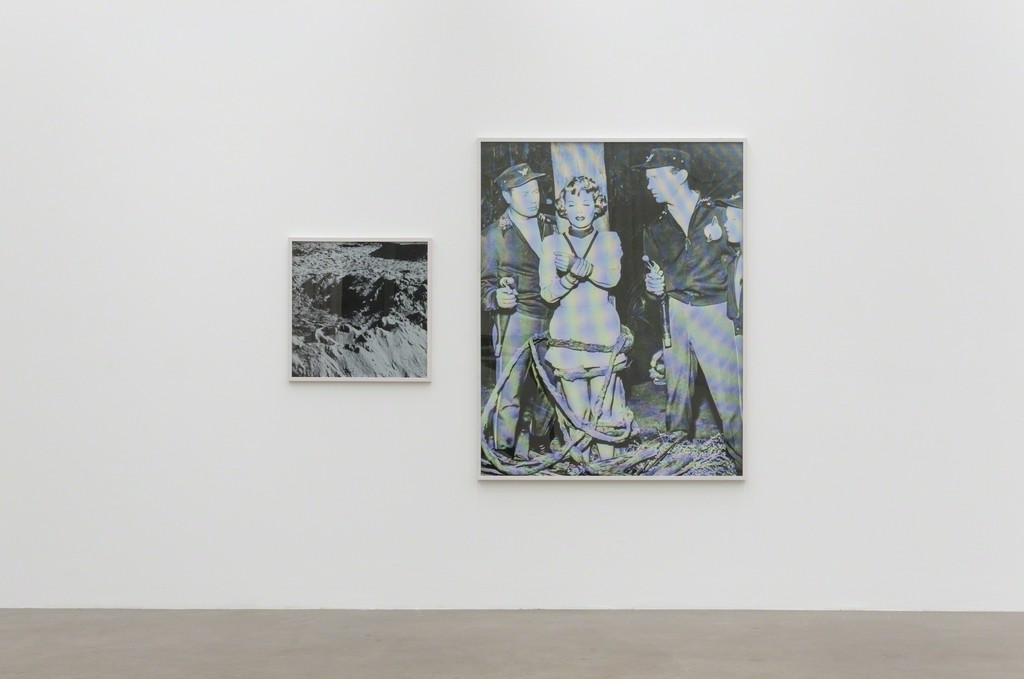 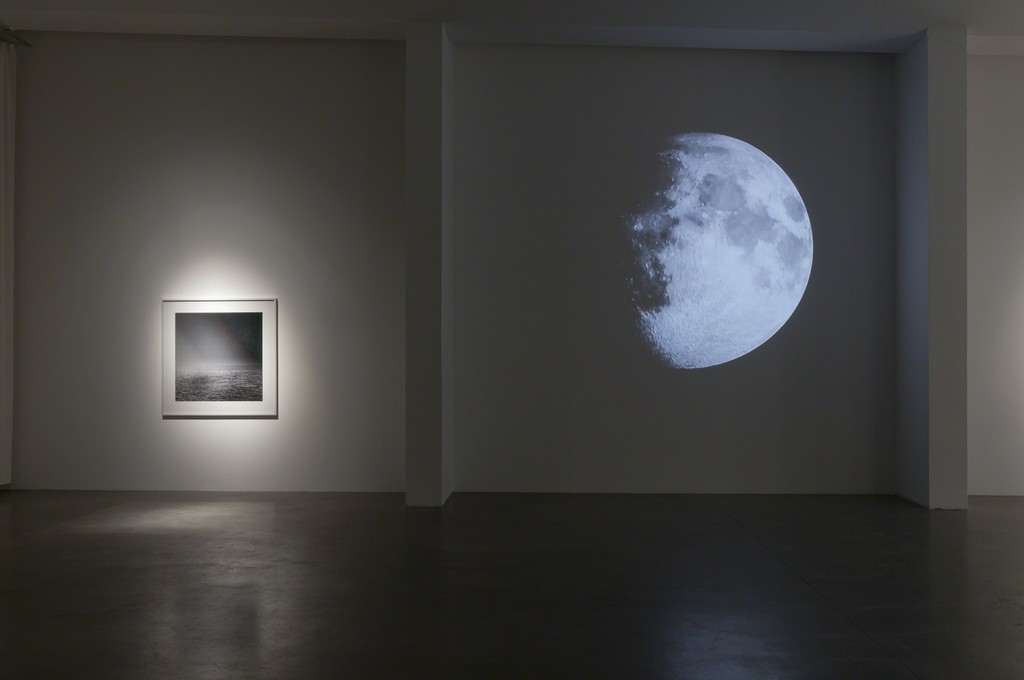 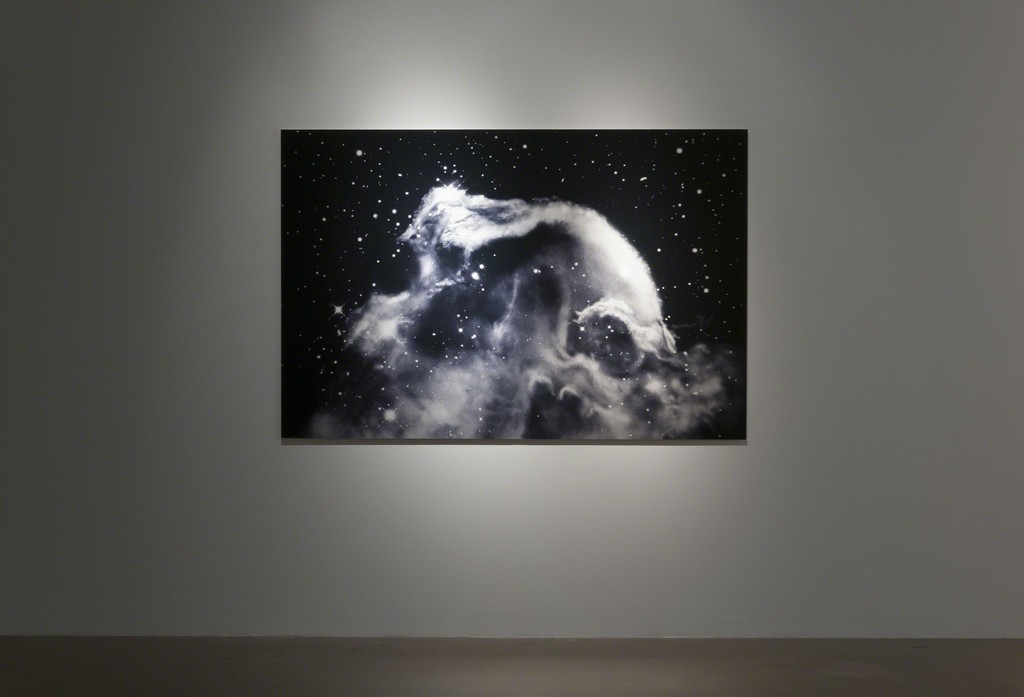 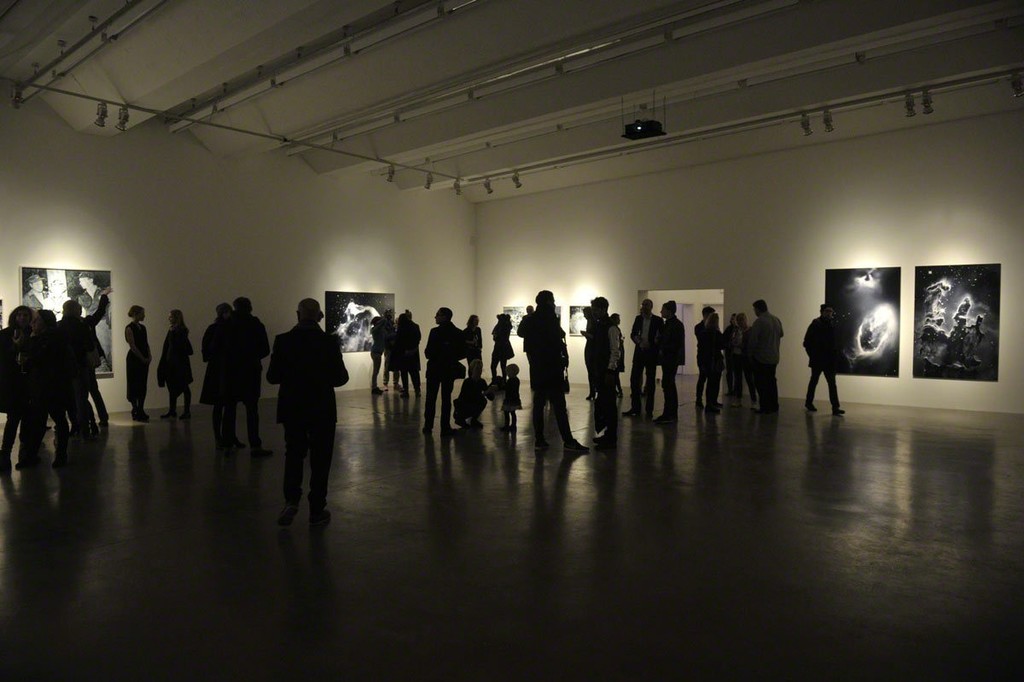 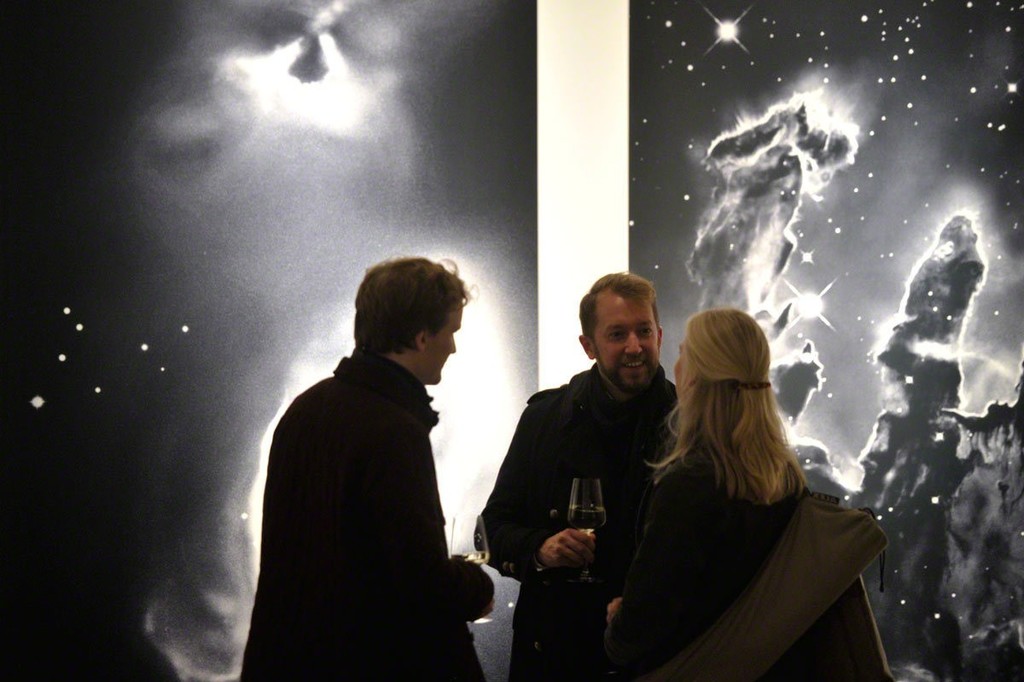 Ornella Fieres toys with our senses and wits. The artist takes analogue and digital photographs. She takes photos of reality and of images. Images that she paints using the computer programme Photoshop and images that become visible on screens. Some of the photographed images resemble reality. Others are loose image inventions. We can never be sure what it is that we are seeing. This not-knowing relates to the images themselves as well as the depicted. And even if Ornella Fieres’ photographs depict something that really took place, it is never entirely clear whether what we see is a document or a mise-en-scène. Ornella Fieres deceives our viewing patterns and expectations but she also shows that we–children of the Internet age–can cope with that insecurity without a problem.

At least since the beginning of the digital age the imagination of only one reality has been abandoned. The question about reality’s truth has become redundant. Indexicality has become irrelevant in a world in which digital images, besides photography, imitate reality to the point that it has become impossible to recognise the difference. And yet, the visual sense is the most important one in the Internet age in which reality expands behind a lit up surface.

“Looks like you tried to go somewhere that does not exist” is what a computer says after clicking on a link whose target page has already been erased from the Internet’s memory. This sentence, which is almost philosophically romantic, reminds us of the fact that behind the virtual universe there is a real human being which has programmed the very same thing. Moreover, it is reminiscent of the fact that ‘going’ has a different meaning in relation to the Internet. There, we find images of the ocean depth, the Amazon jungle or the Himalaya right next to photographs of space–places that one probably never will visit and see with ones own eyes. Images that were made by using lenses of technical instruments convey a specific reality just like NASA photographs that are supposed to visualise everyday reality in the universe.

The works of Ornella Fieres’ series 1887 (2015) are versions of NASA images that have been ‘painted’ using Photoshop. They show stellar formations. The artist develops the digital image files that emerge from this practice as slides, subsequently exposing them with the help of a slide duplicator and sunlight on very sensitive film. This means that we either get to see classical analogue photographs that show depictions of reality by use of data or loose image inventions. One gets to see the “Horsehead Nebula” and the “Pillars of Creation” but also star clusters, which might not even exist. But as mentioned earlier, indexicality does not play a role anymore.

The works in Fading Away (2015) are montages. Here, the artist combines analogue photographs of worldly realities with self-made Photoshop skies. “Fading Away” (1858) is also the title of Henry Peach Robinson’s (1830–1901) most famous photograph that has been composed of 5 negatives. It shows a young girl dying. Robinson had been one of the first to understand photography as a form of the visual arts and not purely as a natural imitation.

Photographs are responsible for the human perception of the universe. Today, NASA images that have been taken by the Hubble Space Telescope are almost unbearably kitschy. The colour interpretations that are supposed to visualize space rather exude irreality than scientificity. For her works from the series 1887 and Fading Away, Ornella Fieres takes away all colouring and thus, with her black and white, quasi-documental visual language, rather approaches the early photographs of Orion by William Henry Pickering (1858–1938) than the colourful images by NASA.

Yet, the transfigured romanticism of NASA’s photo material has its origin on earth. The work S-68-56050 (2015) presents an unaltered NASA photo of a rocket launch, purchased on eBay and taken in possession by Ornella Fieres. It is likely to be an official press photo. It looks as if it is manipulated and staged. The imagination of adventure and quest is often bound to romantic, glorifying visualizations. This aesthetics has preserved itself in the digital era. And therefore the NASA images, rather than presenting scientific documentation, propagate an idealised vision, which the artist opposes with her own vision.

In the universe everything is connected through space, time and light. Waves are omnipresent in light and sound, sea and space. When different waves clash, interferences arise just like in the images of the series Interferenz IV (2015). The templates derive from found and acquired old negatives, which the artist scans and photographs from the screen at the very moment they become visible. Unlike the human eye a digital camera is not able to reproduce a noisefree copy. Instead, colourful stripe patterns emerge on the black and white screen. They are nothing but interfering light waves. Unlike the shiny surfaces of NASA images, scratches, fuzzes, and fingerprints, that refer to the history of the footage, become visible. Even if their exact origin and their connection to the past were lost. In Interferenz IV medial levels mix with footage of different origin and from different times, which the artist bought on flea markets or eBay, including official NASA photographs, film stills or private snapshots.

Ornella Fieres’ photos and images are analogue and digital. Where they come from and in which context they were created cannot accurately be retraced. Whether they show reality or they are made up is irrelevant. Several temporal and spatial levels exist simultaneously and are physically or visually connected to each other. They are all real, just like the world of the Internet, which expands behind an illuminated screen and connects us to other people, faraway continents and even space. Indexicality does not play a role anymore. However, almost a surprising somersault at the end: Concealed under the postmodern play with realities an almost romantic feeling appears in the works. Because there is one thing that connects all of Ornella Fieres’ works: The odd atmosphere in a lost time and a strong sentiment for the ephemeral, the past and death. Could it be that time –the good, old linear time–does play a role after all?

(This press release is based on thoughts and excerpts from a catalogue text by Tina Sauerländer.)