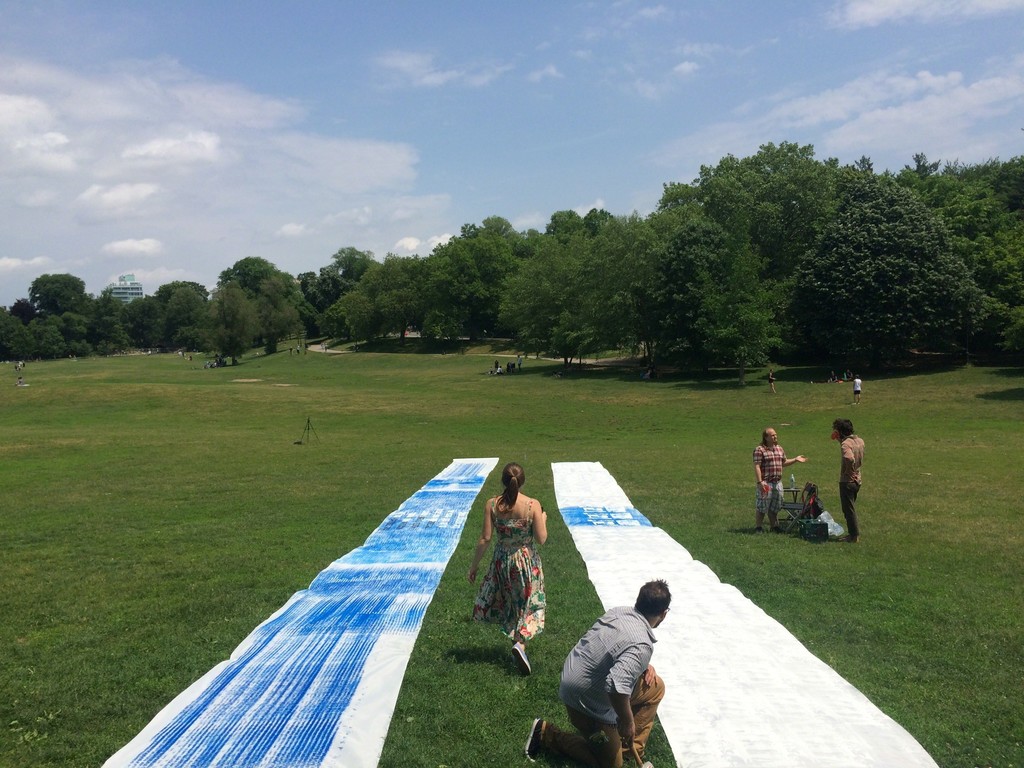 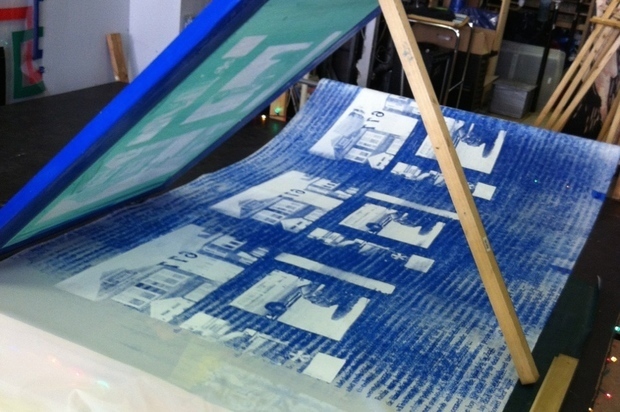 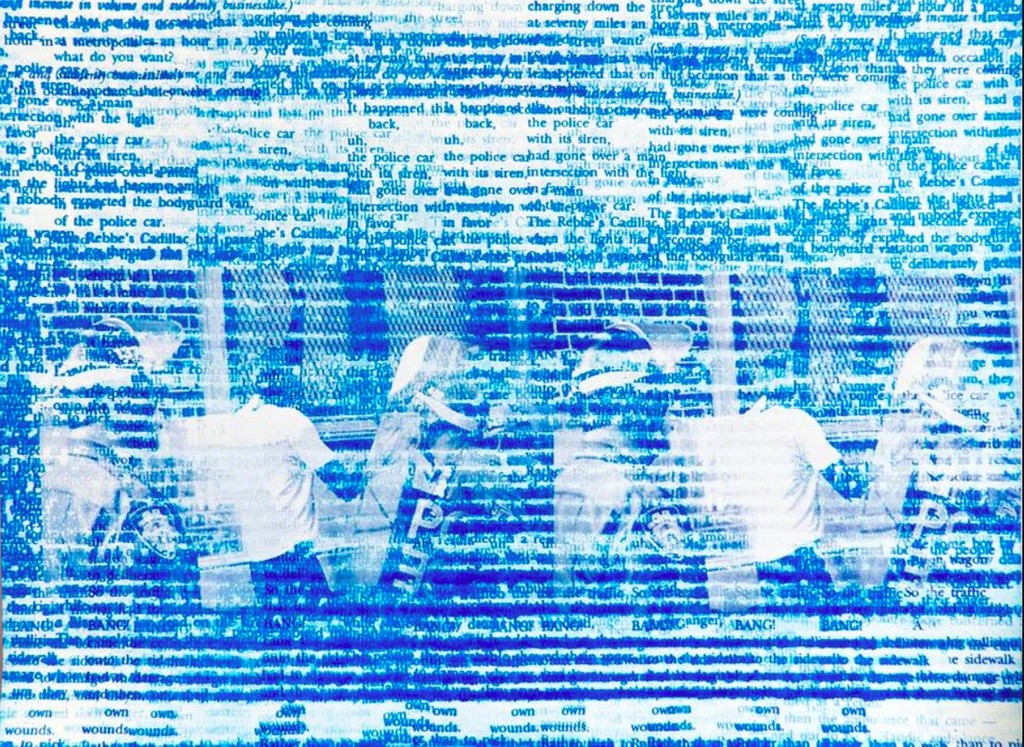 A monumental meditation on the 1991 Crown Heights Riot, Lane Sell's 75-Foot Riot will be displayed during Bushwick Open Studios. Visitors are invited to explore an installation that takes the form of a maze, composed of two 75-foot scrolls of silkscreen printed text and archival images.

Twenty five years ago, on the night of August 19, 1991, a station wagon in a police escorted Lubavitch motorcade lost control at the intersection of President St. and Utica Ave., killing 7-year-old Gavin Cato, a child of Guyanese immigrants. Later that night, Yankel Rosenbaum, a 29-year-old Jewish history doctoral student from Australia, was surrounded by a mob and fatally stabbed a few blocks away. The riot that followed over the next three days continues to define Crown Heights in the popular imagination of the city. To many who live here, politics have tended to erode a wider consciousness of the complexities that led to and emanate from the summer of 1991. 75-Foot Riot is intended to open a humane space for reflection on these issues.

75-Foot Riot was made possible by a Local Arts Support grant from Brooklyn Arts Council.