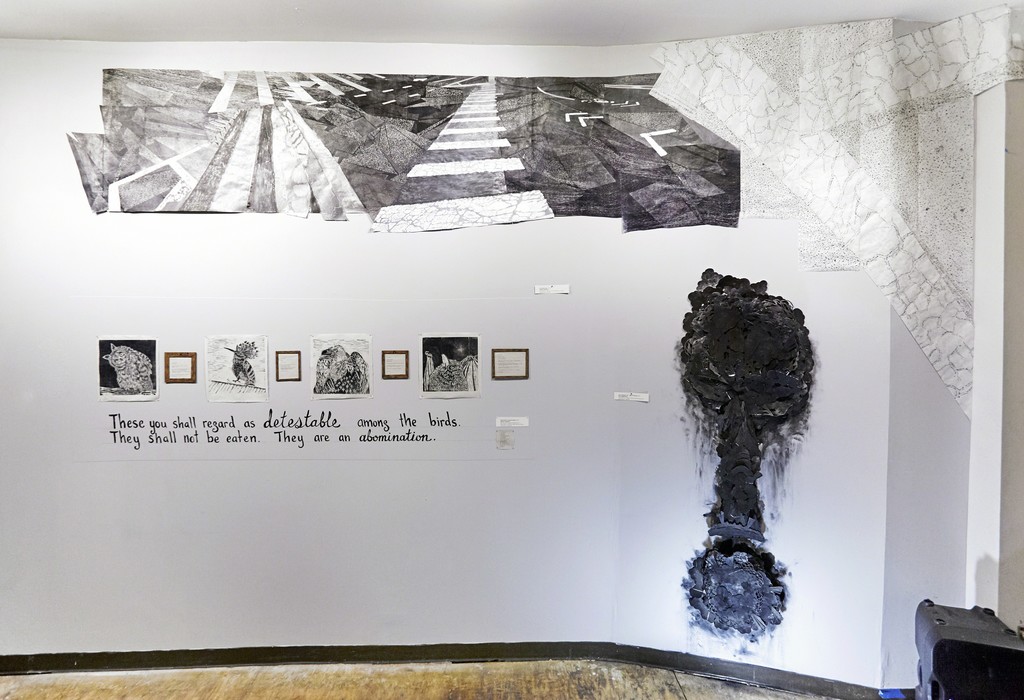 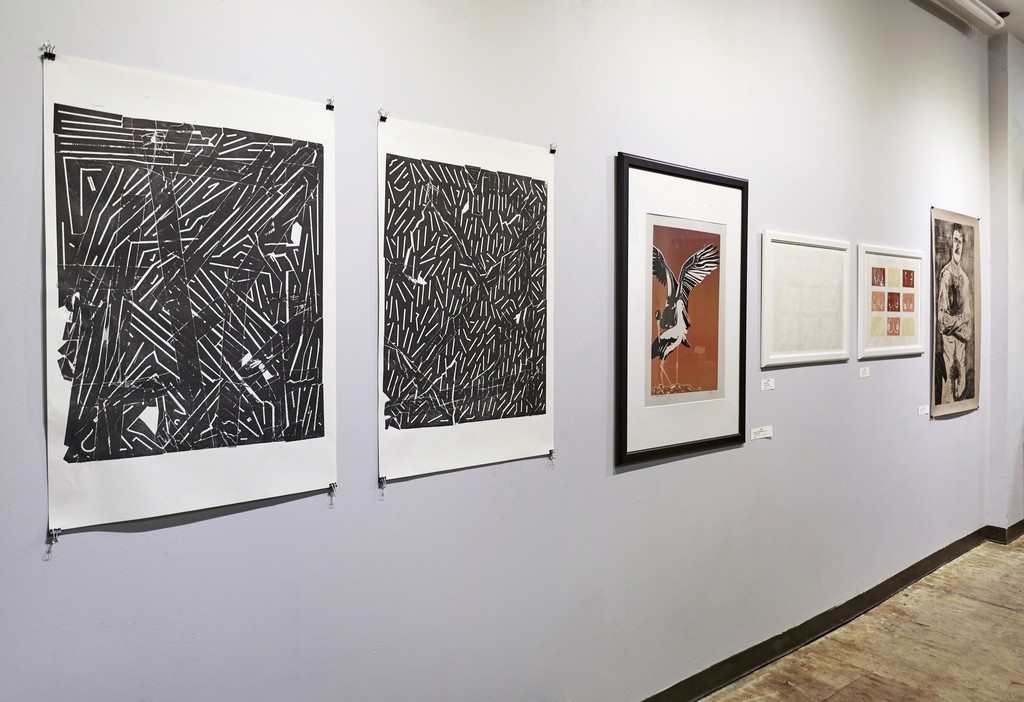 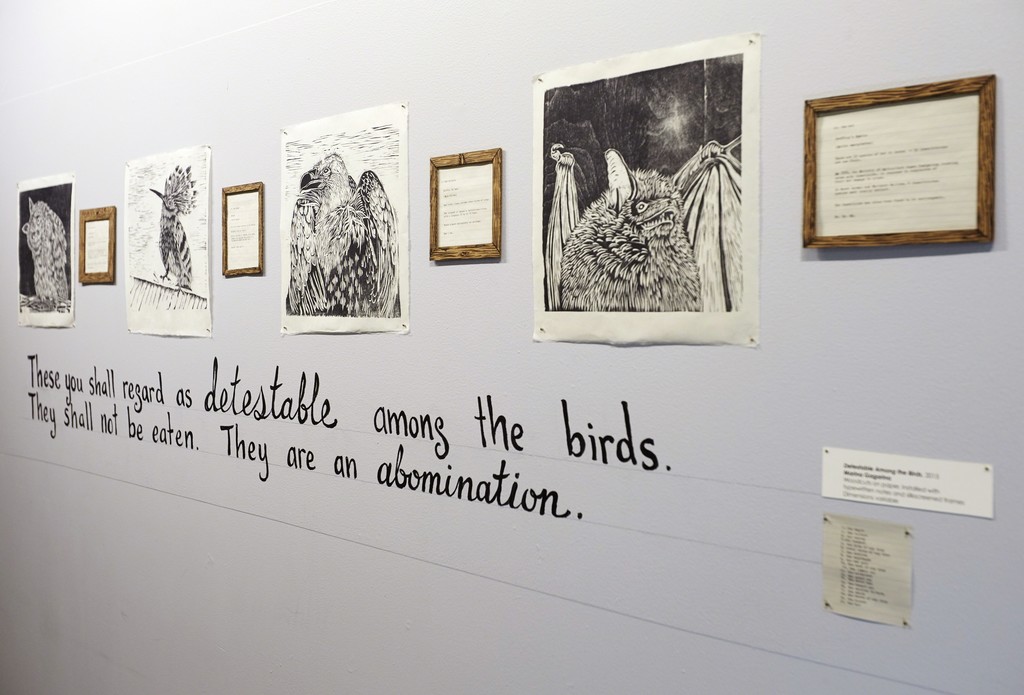 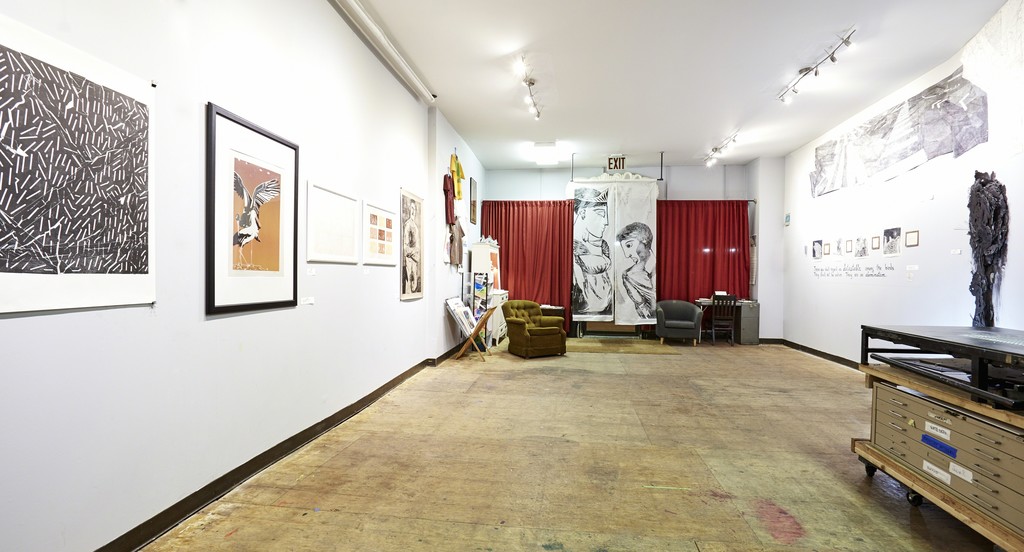 Relief Efforts brings together seven printmakers whose relief prints explore the traditions and radical possibilities of this ancient form. With tools ranging from sandpaper, yoga mats, and hand chisels to laser cutters, these artists share a commitment to the physicality of the relief matrix – a double for living things, a receptor, a breakable object, or raw construction material. Using the block as a catalogue of the temporal, natural, and spiritual orders, recording the physical indexes of urban living, or shattering the cartography of New York, each artist brings particular attention to some aspect of the relief process which drives the content of their production.

Also known as Perchance Press, Caroline Fidel has been working in various printmaking mediums for over half a decade. Mammals are her preferred subjects. Currently, she is working in a combination of silkscreen, letterpress, and bookbinding; keep an eye out for her first book, A is for Aartvark.

Nick Mittelstead is an artist working in the tradition of relief printmaking and non-tradition of paper craft. He graduated from Skidmore College in 2012 with a BS in Studio Art. Though from Chicago he now lives and works in Brooklyn.

Erich Erving is the Shop Manager of Shoestring Press. He graduated from Columbia University with a BA in Literature/Writing in 2006. While at Columbia his interest in William Blake lead him to printmaking, which has dominated his creative output for the last nine years. His work generally revolves around queer identity, pornography and the Bible.

Marina Gagarina is an animator and printmaker with a monomaniacal focus on biology trivia. Years ago, she buried a dolphin skull in her yard, but then — much like a squirrel cacheing too many acorns — was never able to locate it again.

Kristie Valentine is a painter and printmaker living in Brooklyn, NY. She draws her inspiration from visual surfaces and textures of the urban ground. She employs a variety of printing techniques such as street rubbing and wood carving to reconstruct the observed environment.

Jenny Carolin received her Masters in Fine Arts with a concentration in Painting from Syracuse University in 2009. Recent installations and performances include Little Field of Brooklyn, the NYCAMS gallery in New York, and the Sarah Silberman Gallery in Washington D.C.

Aaron Gemmill (b. Birmingham, AL) lives and works in Brooklyn, NY. He holds an MFA from Milton Avery Graduate School of the Arts at Bard College. His work has been exhibited at P!, Cleopatra’s Greenpoint, Socrates Sculpture Park, and Carriage Trade in New York; scheiderei gallery, Vienna, among others.